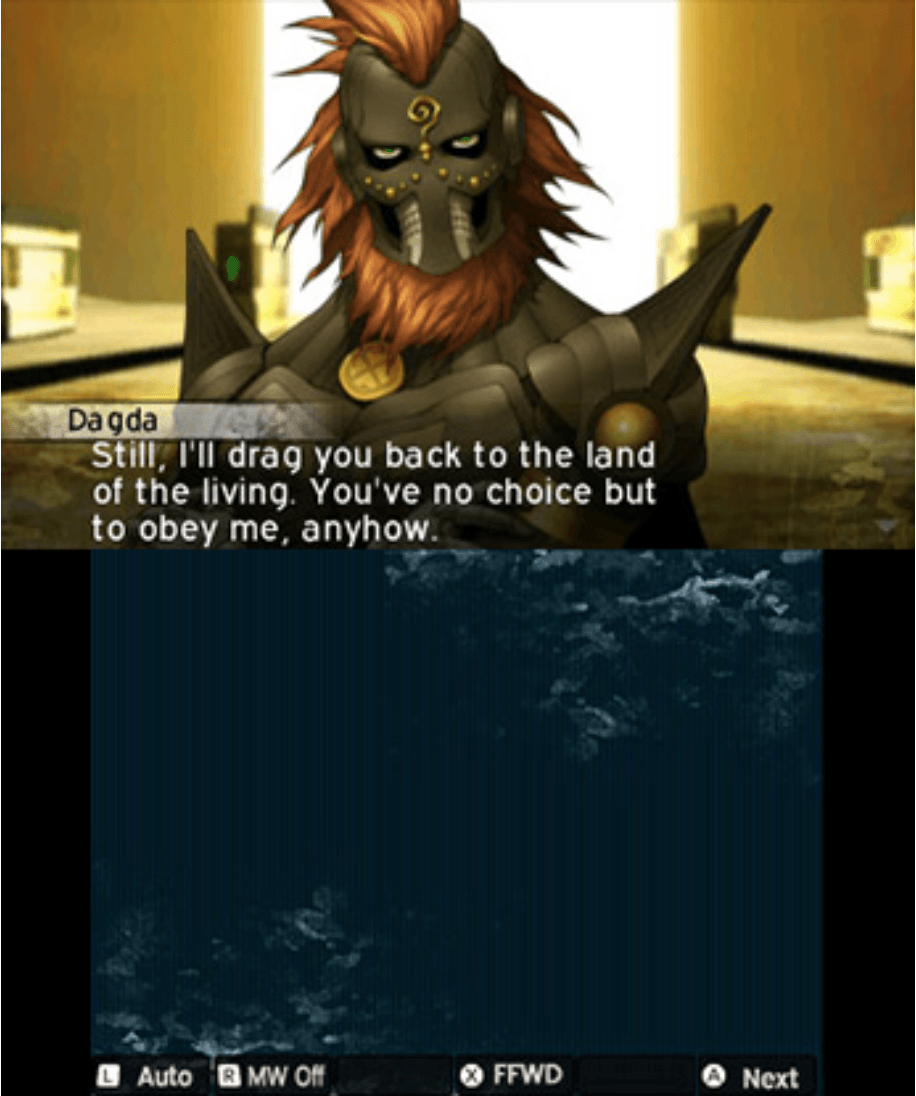 Despite the rather bizarre perception that the 3DS has been anything other than a massive hit for Nintendo (a console the has sold over 60 million units in the face of incredibly strong competition from the mobile gaming market has to go down as a hit in my mind), one thing that cannot be disputed is the quality of its increasingly incredible library of games. From its host of first party classics to its array of excellent third party exclusives, the 3DS remains a ‘core’ gamers dream, and nowhere is this better showcased than via the platforms ever-improving collection of top-tier JRPGs.

Some of the finest have come from the ever popular Shin Megami Tensei series which, despite lacking the notoriously exceptional Persona 4 Golden (a Vita exclusive), still includes Shin Megami Tensei: Devil Summoner: Soul Hackers, Persona Q: Shadow of the Labyrinth and Shin Megami Tensei IV amongst its ranks. The latest added to this impressive list is the direct follow up to the series’ last mainline release with what is arguably the finest game in the series to date, Shin Megami Tensei IV: Apocalypse. Very similar to its immediate predecessor in many respects, Apocalypse nonetheless takes everything that was great about that game and adds a selection of extremely successful refinements that combine to make this one of the finest JRPGs available on the platform.

Set towards the end of the last game, you are thrust into a future in which Tokyo has been torn asunder by nuclear war and an ongoing battle between Heaven and Hell. With the last games’ protagonist understandably caught up in other business, Apocalypse sees you taking control of the aptly named, Nanashi (or ‘No-Name’ in English), a hunter cadet who, well, in rather un-heroic fashion, actually dies in battle very early in the game. Rather than moving on though, you find yourself in control of the recently deceased cadet as he travels through Hell before being offered a rather dodgy chance at redemption by an Irish God of mythology, Dagda who subsequently imbues him with life and an all new set of powers…..but, y’know, at the cost of him having to do all of Dagda’s celestial dirty work and that. 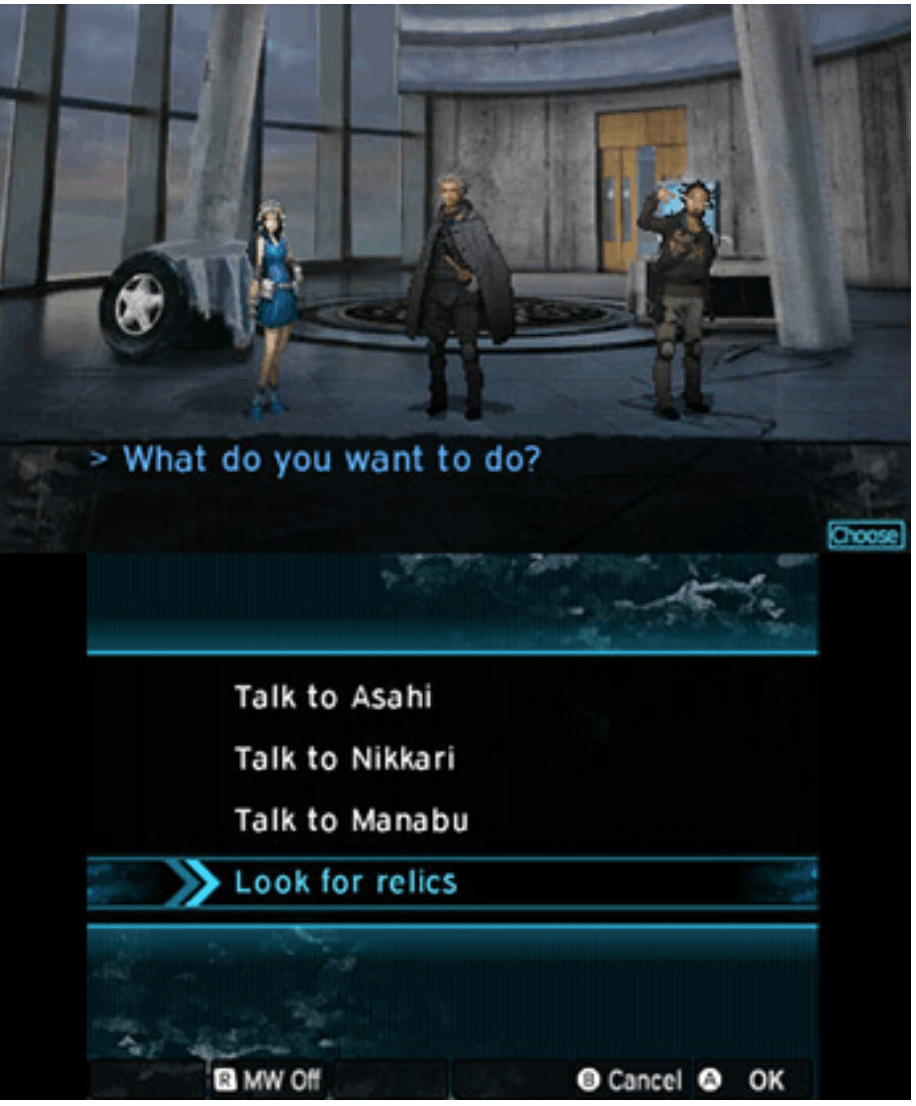 With the power to summon and control demons, you then set of on a journey that, while largely nonsensical, is so well delivered that I couldn’t help but become totally enamoured in both its narrative and characters. Fully voice acted and impressively delivered throughout,Apocalypse tells a suitably grim tale while delivering enough in the way of light-hearted dialogue to keep things snappy and enjoyable.

Looking and playing in a very similar fashion to Shin Megami Tensei IV, Apocalypse is a relatively traditional JRPP that combines an exciting overworld with challenging dungeons that successfully introduce Apocalypse’s fantastic selection of grotesque and often beautifully designed demons. Based on a selection of different faiths and cultures, these demons come in all shapes and sizes and deliver a fair but undoubtedly stern test throughout. There are very few out and out ‘unfair’ difficulty spikes, but Apocalypse’s menagerie of beasts will keep you on your toes throughout with the games’ brilliant boss battles proving especially challenging.

As tough as it might be though, Apocalypse is nothing if not rewarding with each and every victory feeling like a minor accomplishment and the games’ ‘negotiation options making every battle an opportunity for additional recruitment. Fans of the series will be well-accustomed to demon negotiation, but this frankly brilliant ability remains somewhat unique to the series. Essentially, the ability to ‘talk’ to demons mid-battle offers you the chance to win them over as you fight. An array of dialogue options ultimately stand between you and success with the correct options depending entirely upon the type of demon and their specific demeanour. It’s a fantastically addictive addition that not only adds depth to an already fantastic battle system, but also provides an ongoing ability to level up and fuse monsters together to create increasingly powerful beasts. With three spots available for recruited demons on your team, this process of recruitment and subsequent fusion remains integral throughout and a huge part of the wider experience. 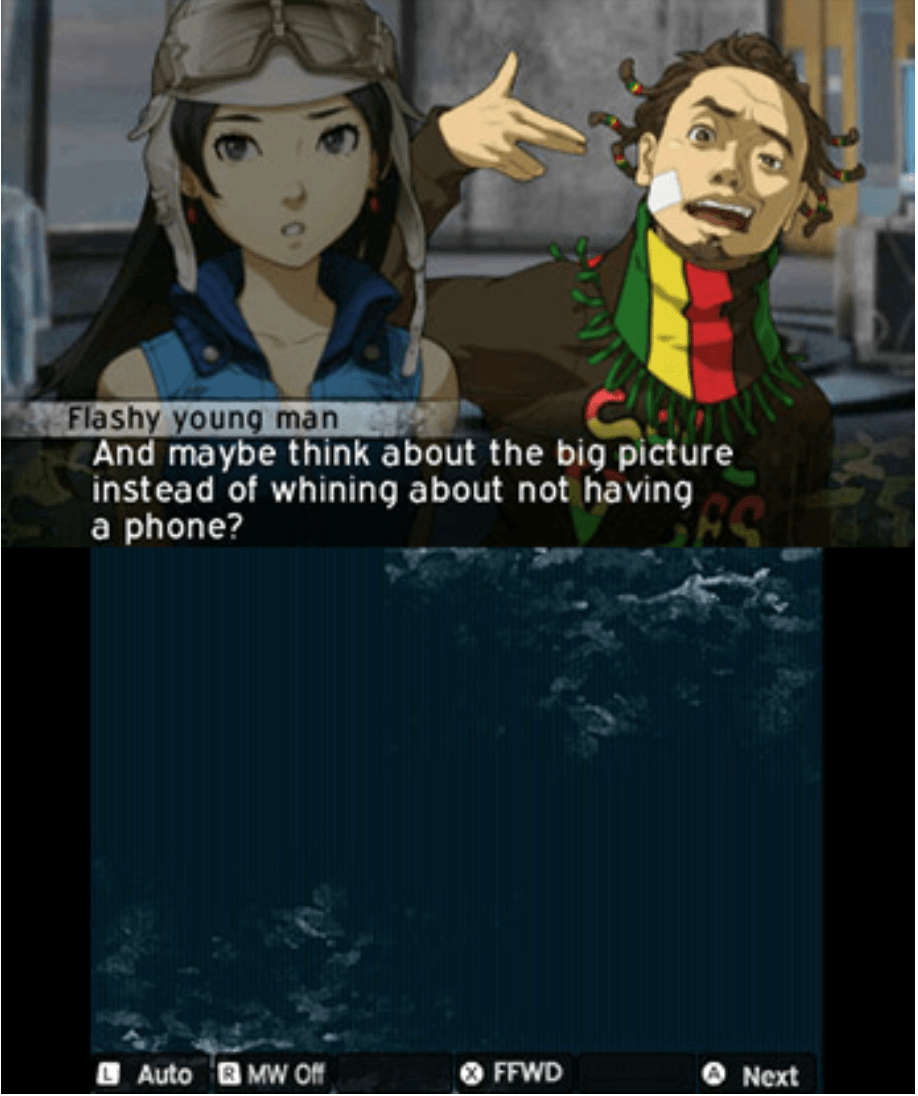 Alongside the usual selection of recruitable beasts, Apocalypse also allows for the inclusion of an additional AI partner that provides numerous buffs and healing abilities while also pitching in on the offensive side of things. These AI partners are also imbued with an assist gauge which, when filled up, allows you to unleash powerful super attacks. It’s a cool addition to an already fantastic battle system that sees the return of its successful elemental-driven mechanics that smartly utilises a ‘Press Turn’ system that rewards carefully thought-out attacks with extra turns and additional attack accuracy. In practice, it’s an easy enough system to follow but one that can severely punish a lazy approach to combat. With too many JRPGs making the majority of field battles a passive grind, it’s good to see Apocalypse employing a harsh but undeniably fair battle system that can see even the most run-of-the-mill enemies taking out your team if given half a chance.

The visuals might be somewhat bleak, but the art design is impressive throughout with Shin Megami Tensei IV: Apocalypse proving one of the more technically impressive JRPGs on the platform. The combat will be familiar to anyone who played Shin Megami Tensei IV, but the new systems combined with a much improved map of Tokyo make both the battles and general exploration notably more enjoyable. As is so often the case though, as good as the combat and world might be, it is the charming cast of characters and the unforgettable collection of expertly designed demons that ultimately steal the show. The writing and delivery throughout are both of an exceptionally high standard and round off what is yet another fantastic addition to the 3DS’ impressive collection of top-tier JRPGs.