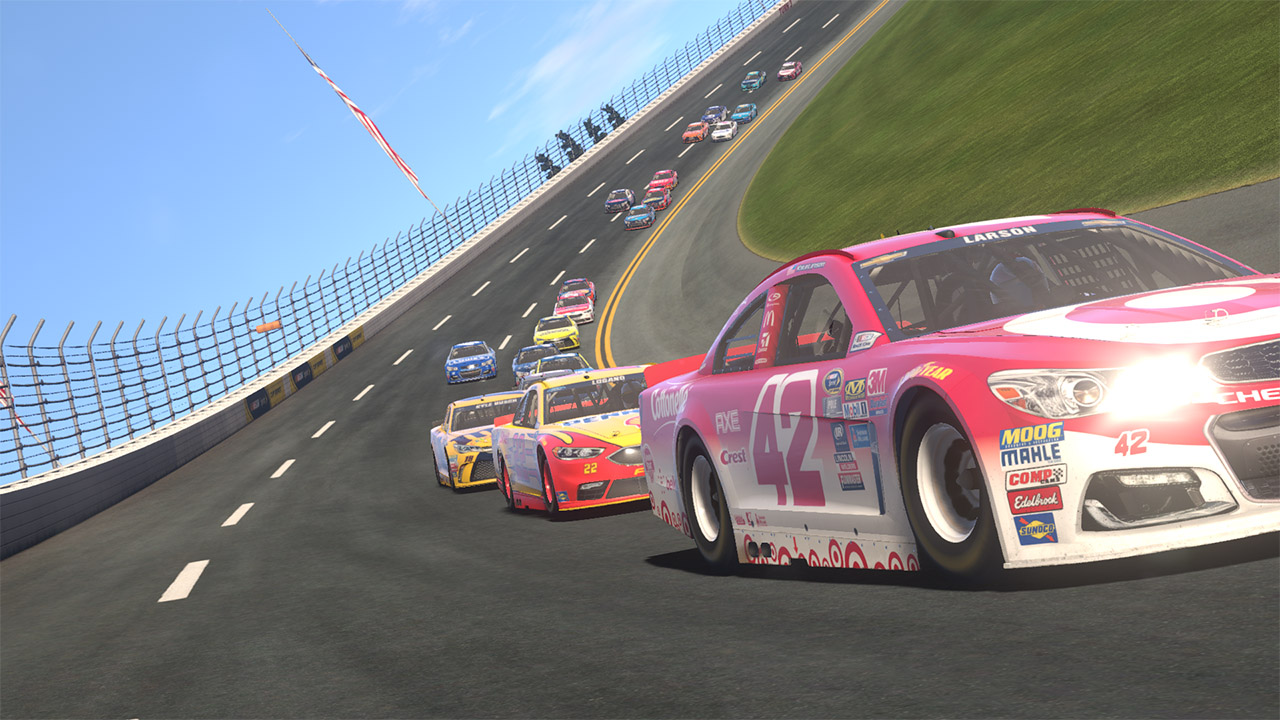 When you think about the NASCAR brand, it resonates everywhere. They have the No. 1 sports brand.   This was Magic Johnson’s view some twenty five years ago and nothing much has changed since then. NASCAR is by far one of the toughest, most exciting and exhilarating sporting brands in the world.  And Monster Games’ new outing, NASCAR Heat Evolution, adds to what has become a beast of a brand.  Unlike many other racing titles currently on offer,  NASCAR Heat Evolution has been built with the dedicated stock car racing enthusiast in mind.  The game focuses on its core gameplay with the precision of a surgical scalpel and, by doing so, delivers a rewarding and fulfilling gaming experience that is unlike any other we’ve played this year. To say that NASCAR Heat Evolution is tough would be an understatement.  Think of a grizzly bear armed with a flick knife and you’ll be in the right ball park.  The truth is that many racing games have dumbed themselves down to cater for the weakest drivers.  With gadgets such as instant rewinds when you crash, developers have become accustomed to holding our hands while we screech our way to first, second or third place time and time again without breaking a sweat.  Not so in NASCAR Heat Evolution.  In this baby, victory has a price.  And that price is practice, practice, practice.  Honestly, with races lasting up to half an hour easily,  with no option to retake your corners,  you’ll be practically holding your breath until you cross that chequered flag.  And if you manage to secure a fifteenth place result,  you’ll be pleased with that and accept the sponsors cheque with a grateful smile and pat yourself on the back with pride.

In developing NASCAR Heat Evolution Monster Games has held themselves true to their original idea of delivering the most realistic stock car racing to date.   The 23 tracks on offer are all picture perfect realisations of their real-world counterparts, there is a roster of over 40 famous real drivers to choose from including AJ Allmendinger,  Michael Annett, Trevor Bayne  and Greg Biffle and progress – especially in the career mode – is slow, demanding and, when achieved,  truly well deserved. 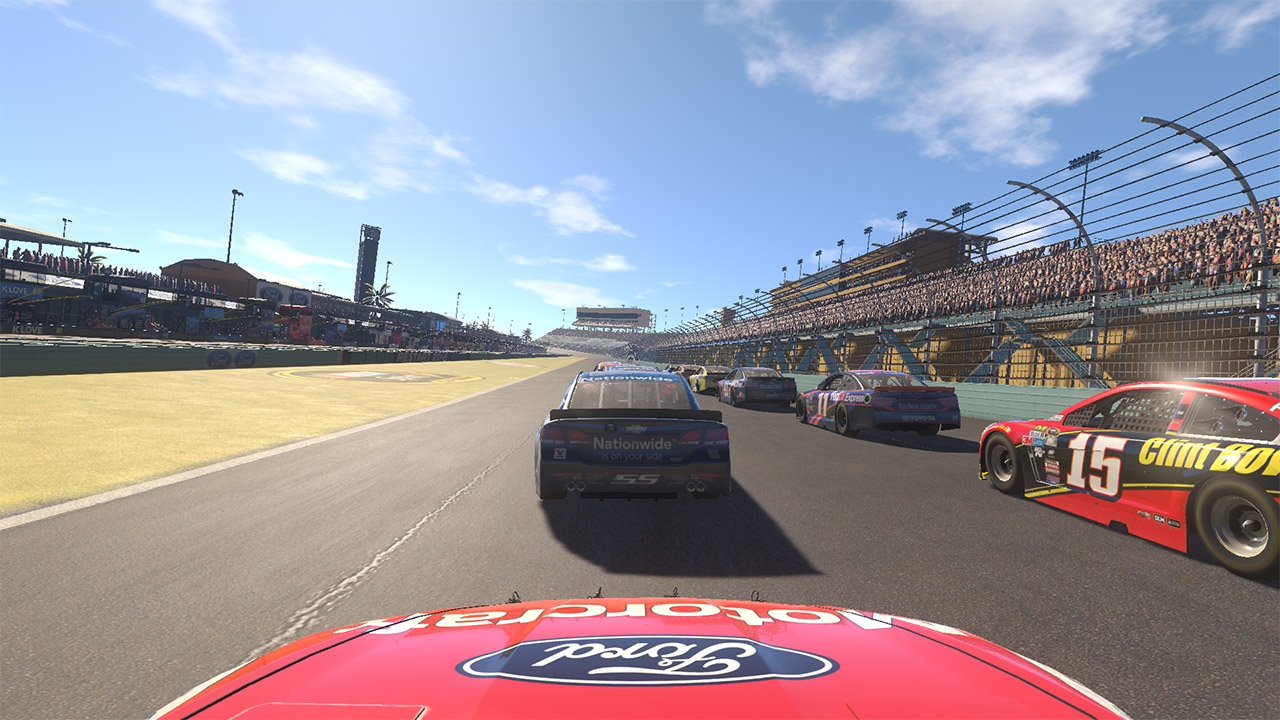 Unlike many other games that practically herd you towards driving an automatic car with all the driving assists turned on,  NASCAR Heat Evolution rewards you for driving manually and shifting gears yourself as, in automatic,  you lose a degree of acceleration during gear shifts.  Not a huge amount,   but enough to make a difference to your eventual finishing position.

The graphics in NASCAR Heat Evolution are gorgeous and incredibly well-detailed.  Forza may be slightly better in this department but NASCAR Heat Evolution is far from being the red-headed step-child of the racing world.  The cars are a joy to behold and the mesmerizing effect of real-time shading as the weather changes almost make you want to stop the car and take a look around.  This, we must add, is not recommended on a crowded racing track.  Monster Games have also pushed the boat out in the audio department with the game replicating perfectly the throaty growl of engines and the screech of tires on asphalt.  We were slightly disappointed by the not so great sound of collisions and scrapes but they are no way as bad as the sound of impact in games like Gran Tourismo 5 (yes, we’re still haunted by that awful sound).

Other modes in NASCAR Heat Evolution include the challenge mode that gives you 23 challenges aimed at testing your ability to replay history, rewrite history, or take control of a fantasy situation. 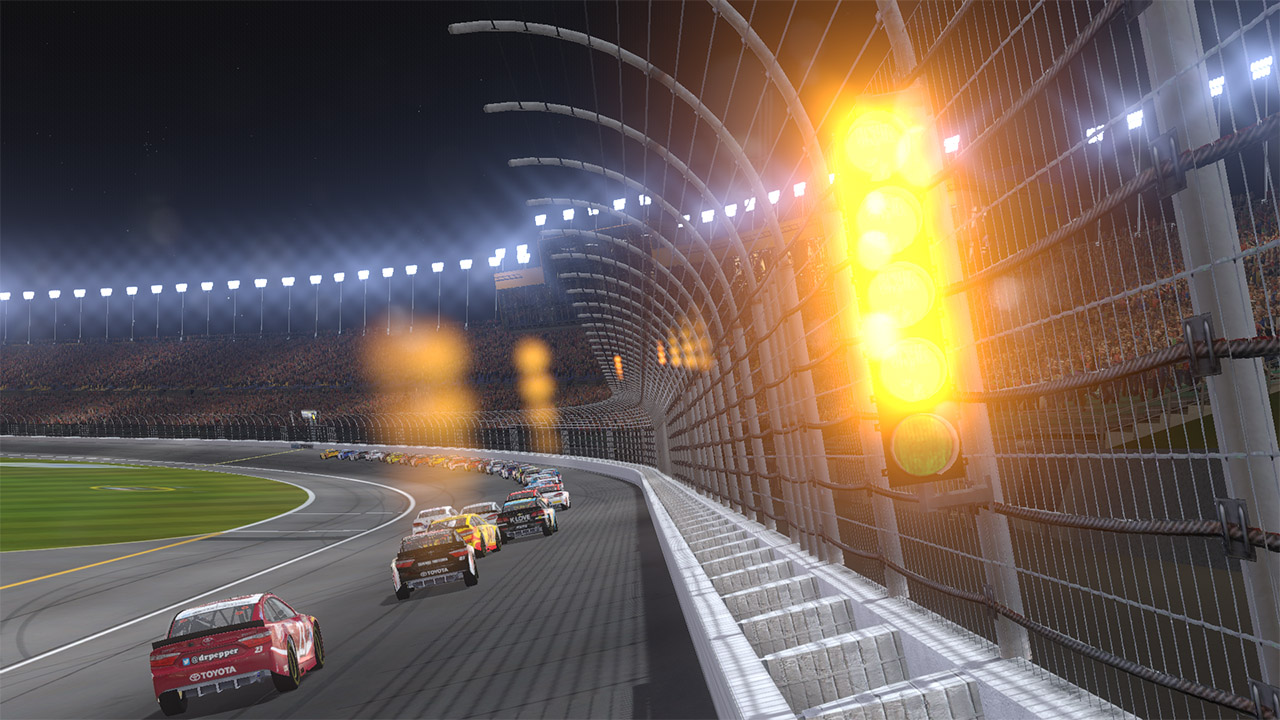 For the record, it took us six tries to complete the very first challenge which was to drive as Brad Keselowski and go from a 24th place start to win the race at Auto Club Speedway.  But when we did nail it,  we punched the air and whooped for joy.  Priceless.

Overall NASCAR Heat Evolution is by far one of the most authentic stock car racing simulations that we’ve played.  Ever.  If you’re looking for a quick cheap thrill that rewards you for just showing up, then this title might not be for you.  if, however,  you’re prepare to commit some time and effort into progressing through the game and developing your driving skills, then this game comes highly recommended.