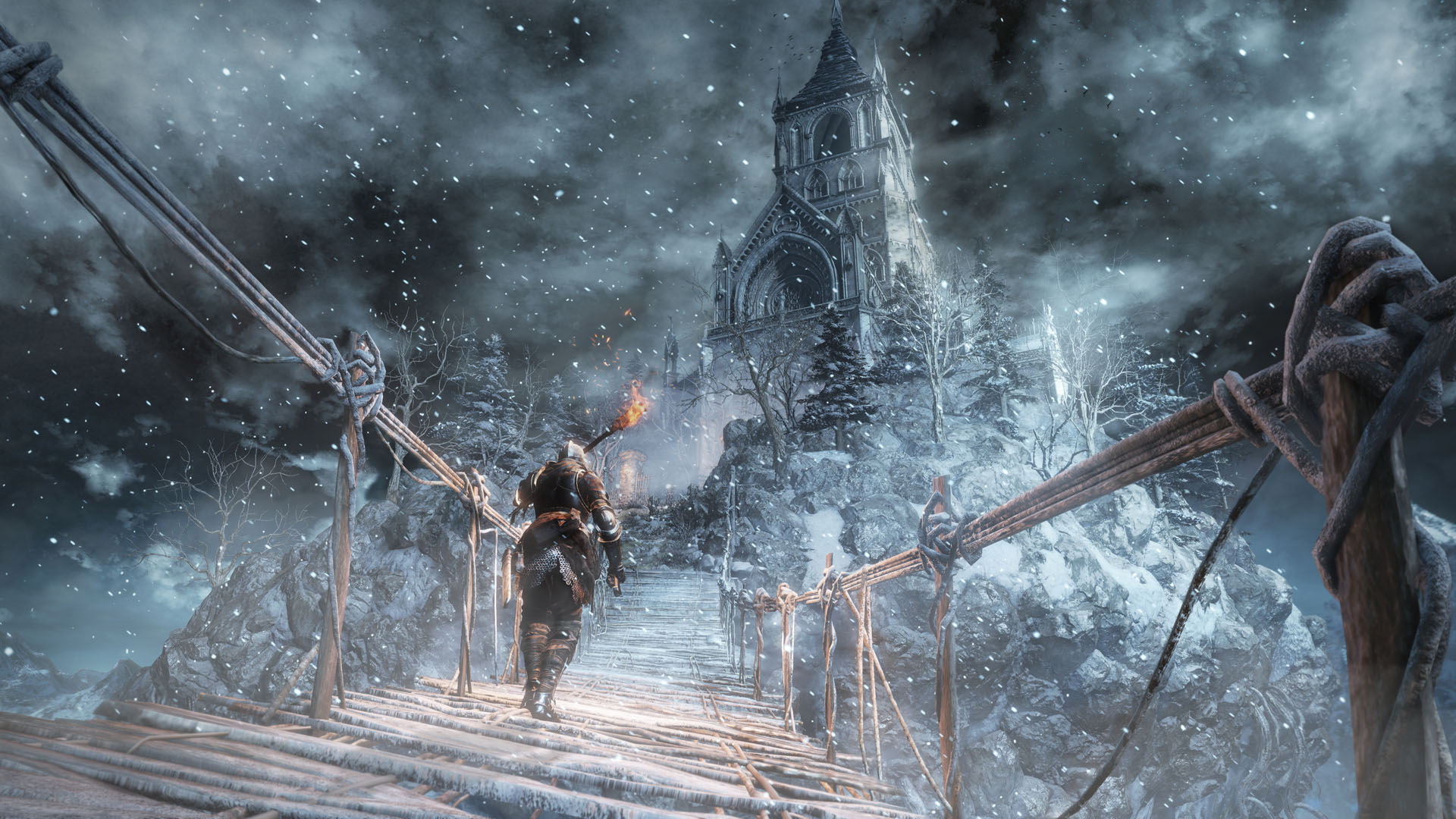 Whether it be for the traditional single player content or the unlockable PvP arena mode, Dark Souls III’s first bout of DLC delivers another gruesomely unforgiving but always compelling experience and a fine excuse to return to one of the most memorable gaming series of recent times. It might be a tad shorter than some might have hoped (I’m all for quality over quantity myself), and despite the gameplay proving more than a little familiar at this point, the continuously high quality of the art design and the always exceptional core gameplay combine to create a fine addition to the already brilliant Dark Souls III. 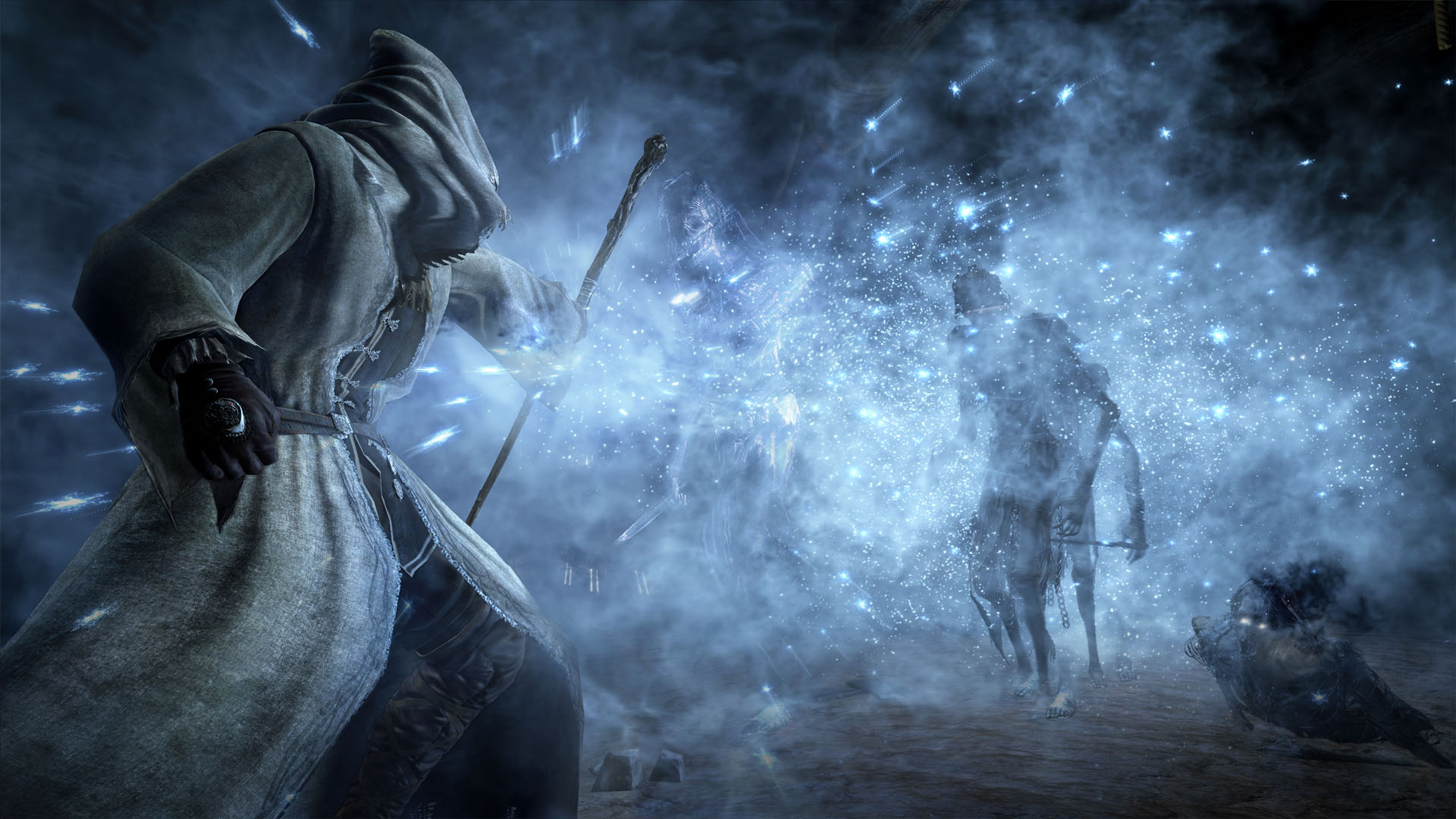 In fact, just about everything found in Ariandel is brutal with this relatively short but undoubtedly memorable slice of DLC likely to prove an extremely stern challenge for the vast majority of Dark Souls fans. As always, I’m sure there is some clown out there who’ll be able to finish it without armour while using a dance pad and a plunger as a control scheme, but yeah, for the most of us, this is pretty tough stuff.Like the majority of Souls games, the DLC is unlocked in-game, but unlike the others, it can actually be unlocked pretty early in the adventure. All I’ll say is this…..don’t rush! Make the trip to Ariandel at the earliest possible opportunity and you’re likely to get your ass handed to you. Level up and head back later. Yes, bonfires are more frequent here than they are in the main game, but that won’t make things any easier if you show up in anything less than tip-top condition. This snow-covered landscape is as brutal as it is beautiful with its host of blood thirsty wolves and murderous Vikings (both of which come in sizes normal and gigantic) equally eager to tear you to shreds.

The bosses too, while limited in number, are both memorable and beautifully crafted encounters. Yes, a few more would have been nice, but what is here is top-notch stuff – even if conceptually they are a tad too similar. The second boss is actually optional, but if you’re planning on taking on Ashes Of Ariandel ‘s additional (and much more unique) content, you’re going to have to defeat the second boss and jump through the kind of hoops that Dark Souls fans will have become accustomed to over the last few years. 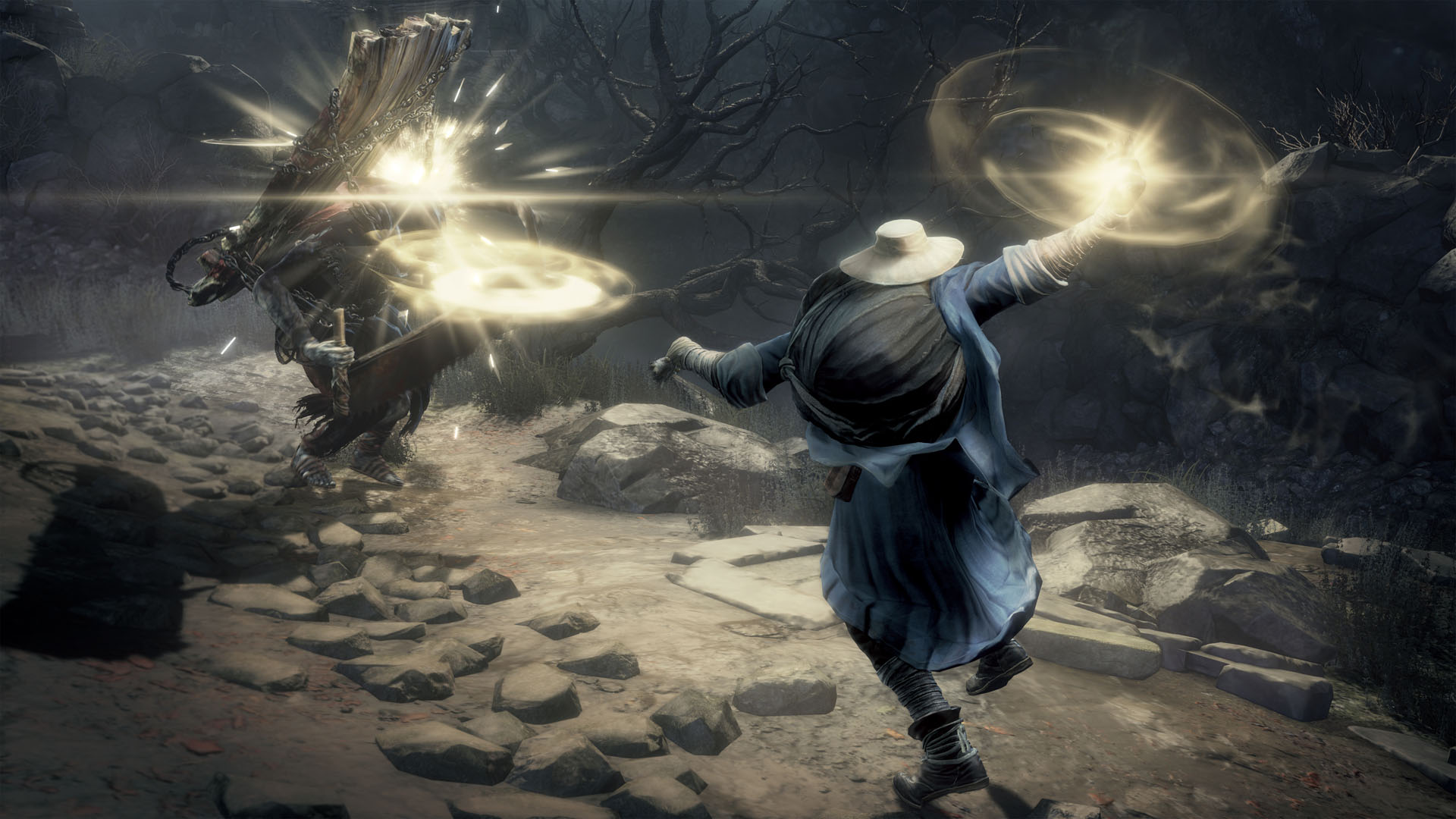 Once defeated, you’ll be able to take part in Ashes Of Ariandel’s all new PvP mode that pits you against other Ashen Ones via the series’ first stab (no pun intended) at truly competitive online gameplay. It’s relatively basic compared to what we have become accustomed to from the myriad of competitive online shooters flooding the market, but as always, it’s the games’ unique aesthetic and rock solid mechanics that help it to stand out from the crowd. I don’t know how much of a shelf life it will have (especially given its place as paid for DLC), but it’s addictive, incredibly challenging and above all else, quite unlike anything else out there. That might change when Ubisoft’s, For Honor is released next month, but even if the two inevitably share a handful of mechanical similarities, Dark Souls and its distinctive tone and unmatched sense of place ensure that this will remain a largely unique beast.

The 6 player PvP combat is certainly an exciting new way to experience the Dark Souls series and some serious thought has clearly gone into the stage design to ensure that it caters for close range and long distance fighters, but despite this proving a surprisingly successful step into the world of competitive online combat, it’s still the single player proportion of the experience that ultimately proves the most memorable. From its gloriously snow-covered locations to its host of new weapons, brutal enemies and array of hidden secrets, Ashes Of Ariandel proves a fine addition to the already exceptional, Dark Souls III. The limited number of boss encounters and relatively short running time will undoubtedly disappoint some, but if you can accept the reduced scale, you’ll find a corner of Lothric as memorable and challenging as anything found in the main game.