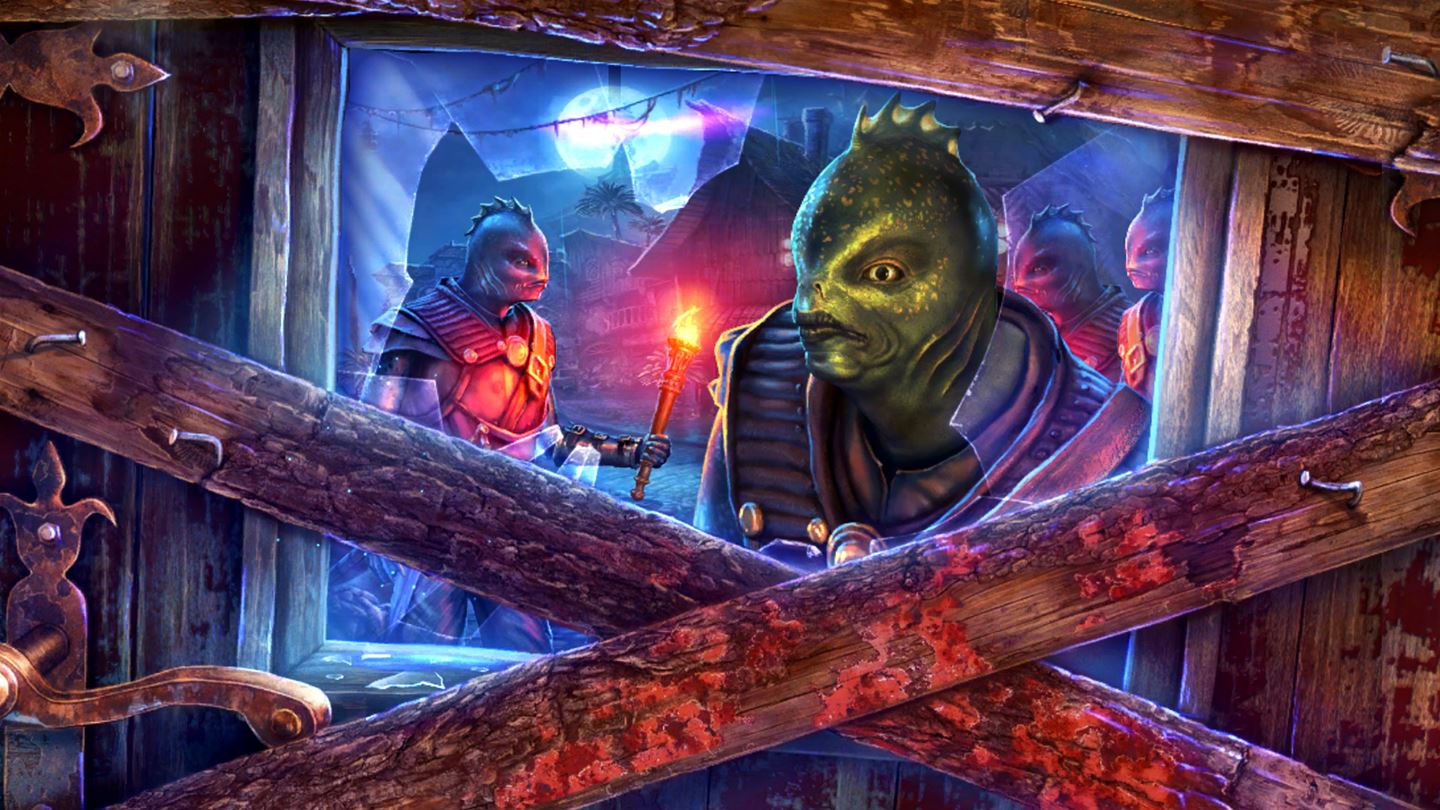 Artifex Mundi have carved themselves something of a niche genre with their casual adventure games, and to my surprise, I quite enjoy them. They are not the kind of games that feature frustrating, obscure puzzles that require more trial and error than skill, and they are not on-rails or dialogue heavy in keeping with the trend that a lot of adventure games follow nowadays. Instead, the Nightmares from the Deep bundle features two of the best-loved Artifex Mundi games (in sequence) that feature relatively straightforward adventuring for a more casual player.

The premise is simple; the player controls an unseen character from a first person perspective, but instead of being able to move around the environments freely, the game consists of a series of static screens. As I’ve already hinted, each of these murals is beautifully drawn, and the vast majority of them are teeming with interactive features such as containers, collectables and individual puzzles ranging from simple to moderate in complexity. Each of the games has a whimsical, interlinked plot running through it, and loathe as I am to say it, you might just find yourself being drawn into it.

The first game kicks off rapidly, and tells the tale of the curator at the Caribbean Naval Museum. Having recently taken delivery of her star new attraction (the exhumed corpse of legendary pirate George Remington) she soon becomes embroiled in a search and rescue mission concerning her teenage daughter. What follows is around six to eight hours of exploring the richly detailed, imaginative settings. These include the museum itself, Remington’s ghost ship, various hideouts, taverns and other locations that fit the theme of an eighteenth century pirate story. 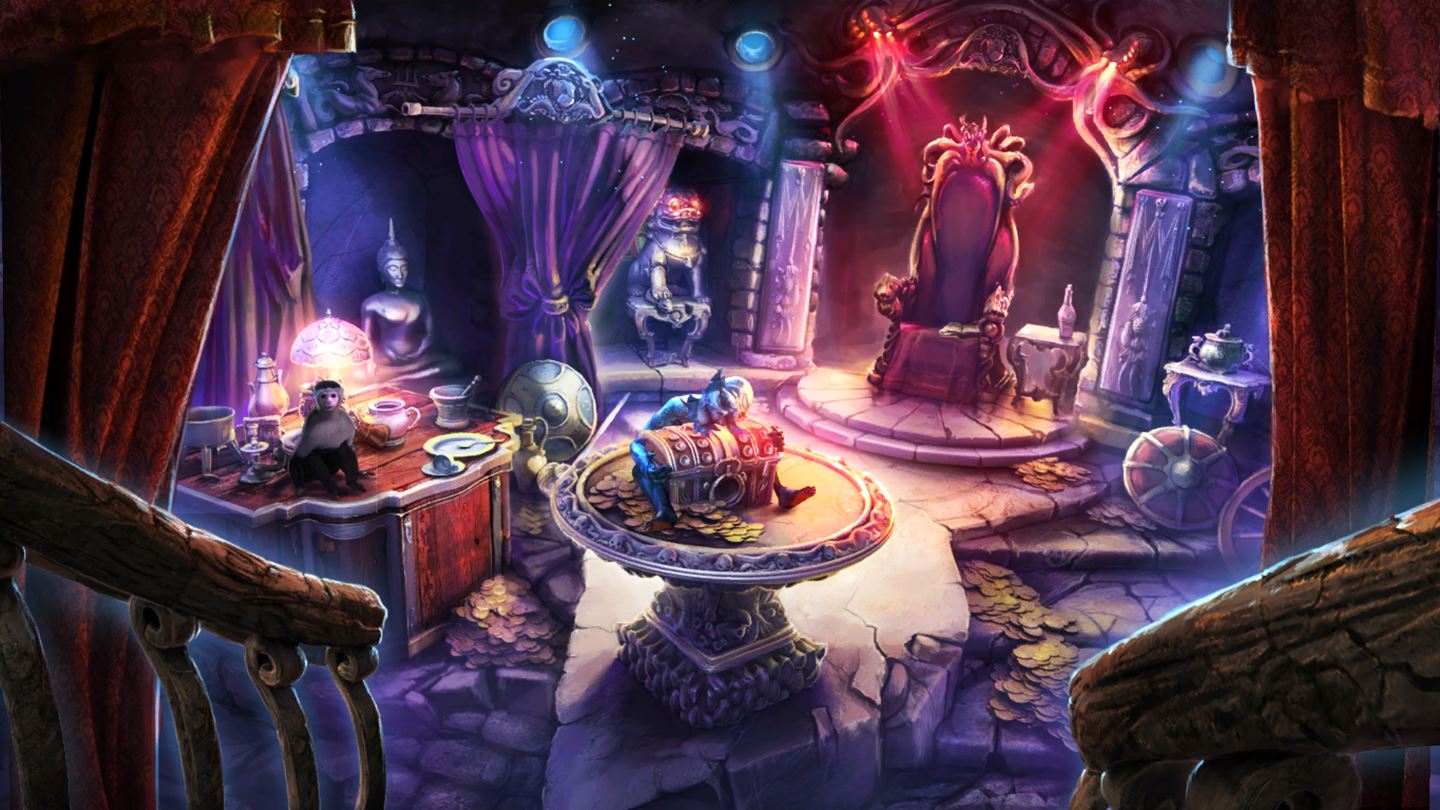 In the second game, the player continues in the shoes of Sarah Black, the museum curator. Again, the poo hits the proverbial fan rather rapidly as yet another artefact arrives in the mail and plunges her and the museum into chaos. This time, the theme is one of merfolk, sirens and steam powered machinery straight from a Jules Verne novel, which at least ensures a reasonable amount of variety in comparison to the first game. Again, the scenes are beautifully drawn and the game is a solid six or eight hours in length.

All of this adventuring is accompanied by a fantastic musical score that delivers intrigue, suspense, wonder and delight in equal measure at the right moments. It is joined by reasonable voice acting that is used fairly sparsely throughout both games, although it is sufficient considering that much of the adventures are spent in solitary locations. There are relatively few sound effects to consider because of the kind of games that are included in the Nightmares from the Deep bundle, but during animated sequences, they do the job well enough.

As I hinted at earlier, the puzzles in both games are far from taxing, but there are one or two that require actual thought, as opposed to simply clicking away until the puzzle resolves itself. Unfortunately, the majority are very simple, requiring basic matching, tile sliding, or logical use of inventory items that typically must be sought from elsewhere first. There is one recurring kind of puzzle between both games (and indeed, between all Artifex Mundi games) that is known as the hidden object puzzle, and involves clicking your way through a screen full of irrelevant junk items, in order to gain access to one thing you really want as a reward. 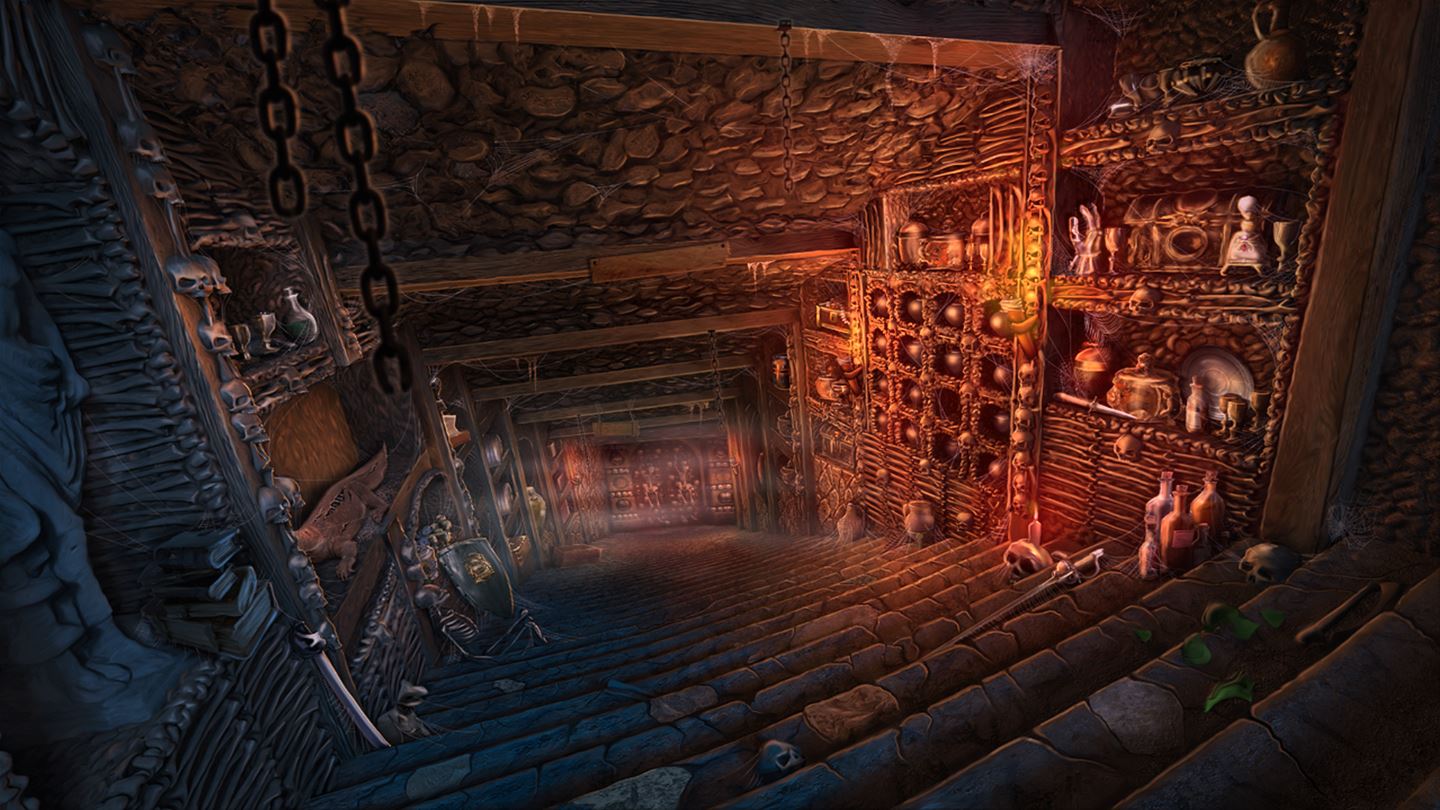 These particular puzzles can be substituted for a mah-jong style game of match two for the same reward, and neither mode of play is super interesting. Thematically, the former approach is better because at least you will be searching a screen that is relevant to the story at that point, but I do think it’s a good thing to include the match two alternative for those who might struggle to unpick the detail of each item on a static screenshot.

Both games have an inbuilt hint system that guides you to the next relevant location and recharges after a few moments, so on the base difficulty level you’re never likely to be stuck for long. The more challenging mode that each game features removes much of the hint and help features, which does make things considerably harder, albeit only at the cost of slowing progress by a few minutes on most occasions. Both games have a secondary adventure that prolongs the experience for a few more hours, which is a nice touch if you’re really getting into things.

The Nightmares from the Deep bundle is hard to sum up to the average gamer, because it probably won’t appeal to them anyway. Indeed, the Artifex Mundi games never appealed to me until I played them, but once I gave them a chance, I really began to enjoy them. This pair of decent, fun and fairly non-taxing games represents good value for money when purchased as a bundle, and between them there is a decent chance of raising a few smiles without raising the pulse too high. Consider adding them to your collection as a brief distraction between marathon sessions of a Battlefield 4 or Infinite Warfare.