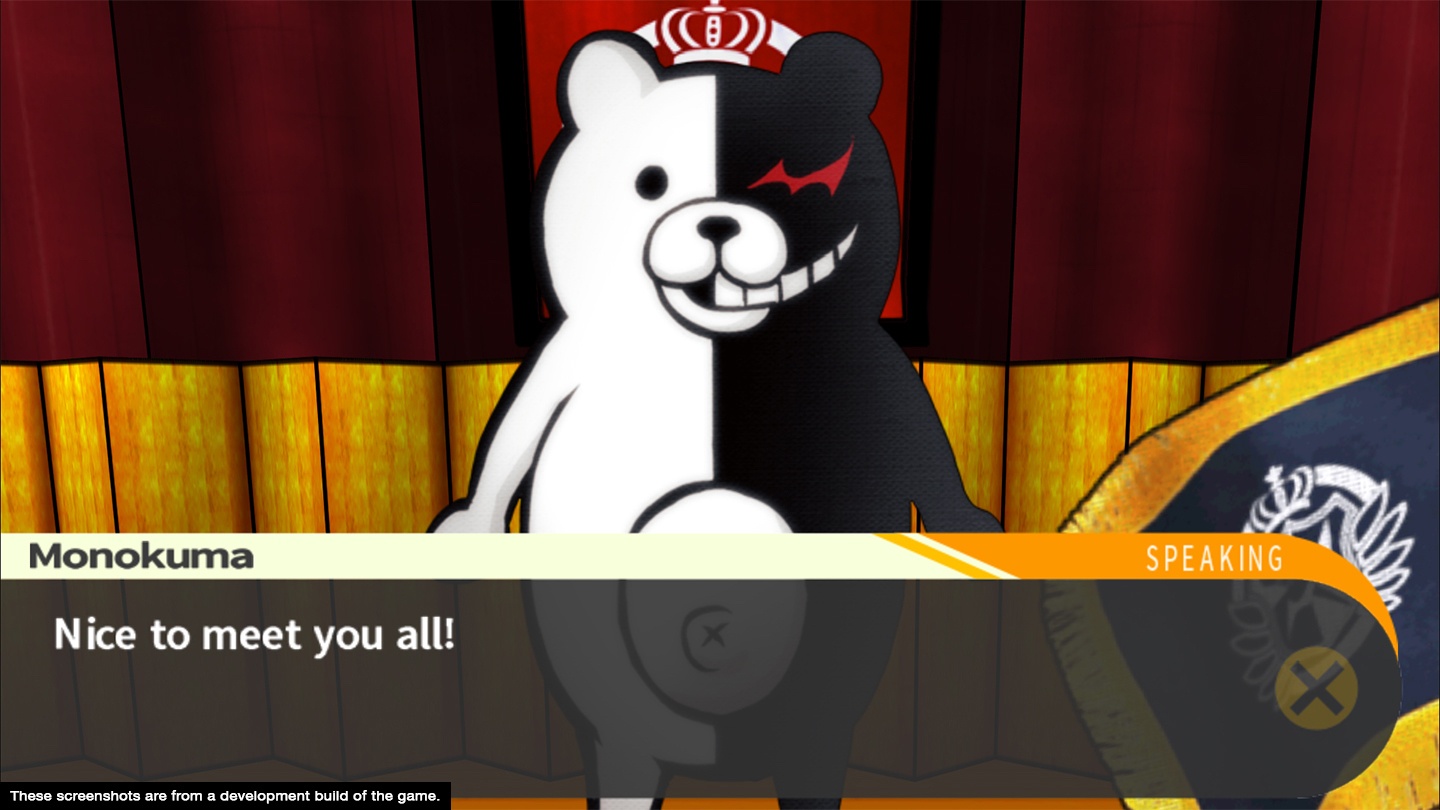 With Danganronpa V3: Killing Harmony set for release in September, now seems as good a time as any to catch up on one of the most bizarre, bonkers and brilliantly written video game series of modern times. Originally released in Japan way back in 2010 on the PlayStation Portable, the original Danganronpa: Trigger Happy Havoc didn’t actually make it to our shores until it was ported to the Vita in 2014. Along with its sequel, Goodbye, Despair (also included in this package), its spin-off, Danganronpa Another Episode: Ultra Despair Girls and its relatively long running anime, the Danganronpa series has slowly built a solid and very passionate fan base here in the West. The games and tone certainly aren’t for everyone, but for those looking for something unreservedly unique and joyously dark, this collection (made up of the two mainline releases) could prove the perfect excuse to dip a toe into Danganronpa’s comically dark waters.

Essentially a collection of beautifully crafted point and click investigative visual novel adventures (honestly, that’s the best way to explain them), both Trigger Happy Havoc and its sequel, Danganronpa 2: Goodbye Despair are built around bizarre school-based situations in which the class members involved are forced to kill another student if they want to survive – it’s kind of like Battle Royale, with the major difference being that each class member needs to commit the murder without getting caught……oh, it also replaces Takeshi Kitano with a rather malevolent bear by the name of Monokuma. This sentient stuffed bear somehow made it to the position of headmaster at the school for gifted pupils, Hope’s Peak Academy and, well, this is what happens when you hire a stuffed bear to do what is traditionally a humans’ job.

This leads to an Ace Attorney-esque combination of court room drama and point and click adventure in which you amass facts and information before going to trial and taking down the latest collection of murder suspects. The sequel is set on a tropical island rather than at the school, but the premise remains largely unchanged, even if the sequel provides the marginally more polished, if arguably less memorable experience. 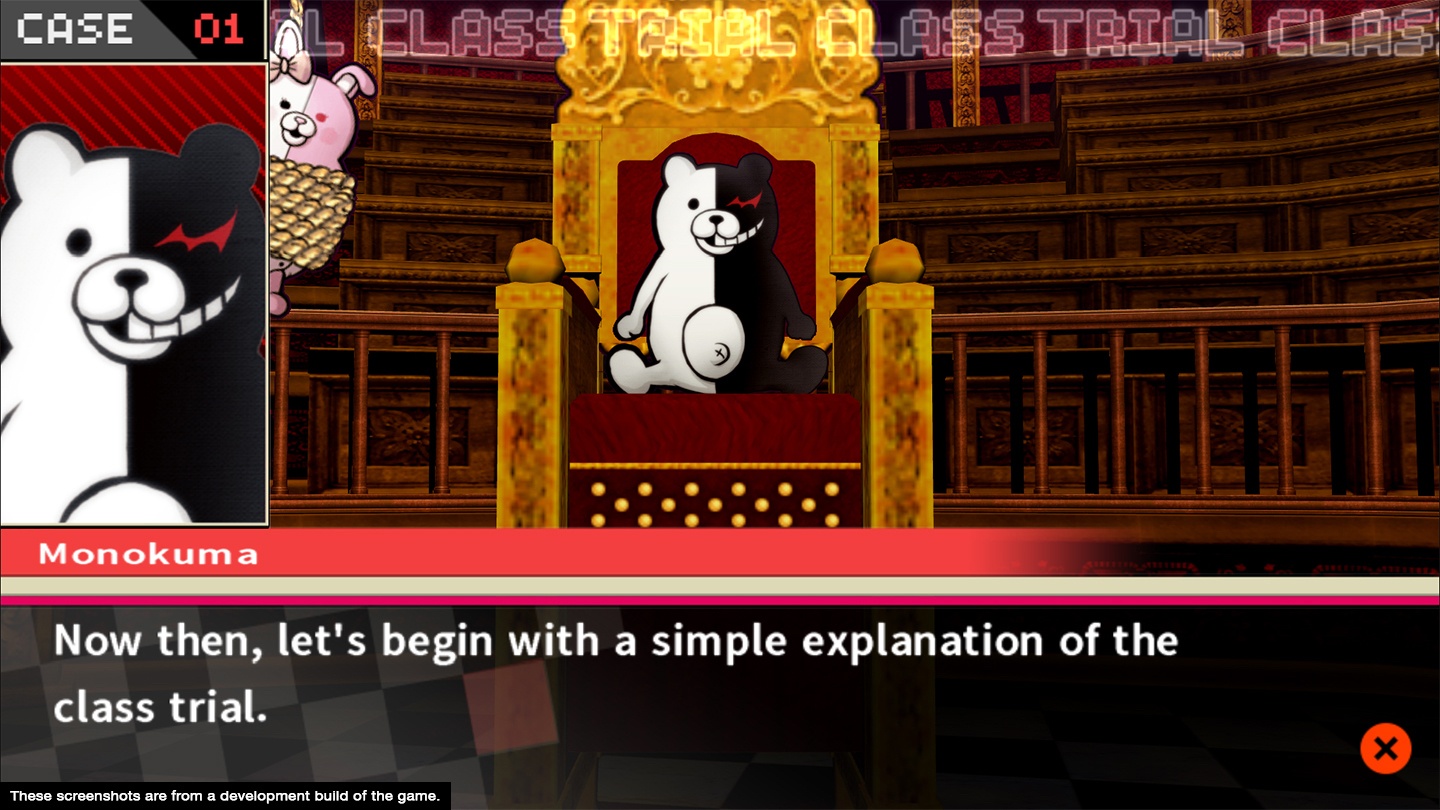 In both games, the gameplay is generally split into two styles, School Life which involves exploration, investigation and story progression, and the Class Trials in which you must put your collected information to good use and subsequently deduce the culprit of the crime. Both styles are enjoyable, and while it’s nothing you haven’t seen before from a technical standpoint, artistically and thematically, Danganronpa is quite unlike anything else on the market. While the first game (again arguably) has a more compelling collection of characters, both games benefit from genuinely memorable casts that forgo stereotype and easy categorisation for a series that turns expectation on its head at almost every turn.

In terms of pure mechanics, School Life is divided into ‘Daily Life’ and ‘Deadly Life’. Daily Life is the more relaxed aspect of the experience in which you can converse with other characters and have a more sociable involvement with the other students. It allows you to unlock skills and prepare for the trials later on. The Deadly Life comes into play when you are required to investigate a crime scene – it’s not very complex, but within the confines of the game as a whole, it works just fine.

This then leads to the trials themselves in which the data collected from the Deadly Life sections and the skills obtained during the Daily Life proportion of the game can be used in testing suspect testimonials. While very similar to Ace Attorney in many respects (not surprising given their courtroom settings), these Class Trials prove the most compelling aspect of the game thanks to the brilliant cast of characters and their unique collection of motivations and oddball quirks. 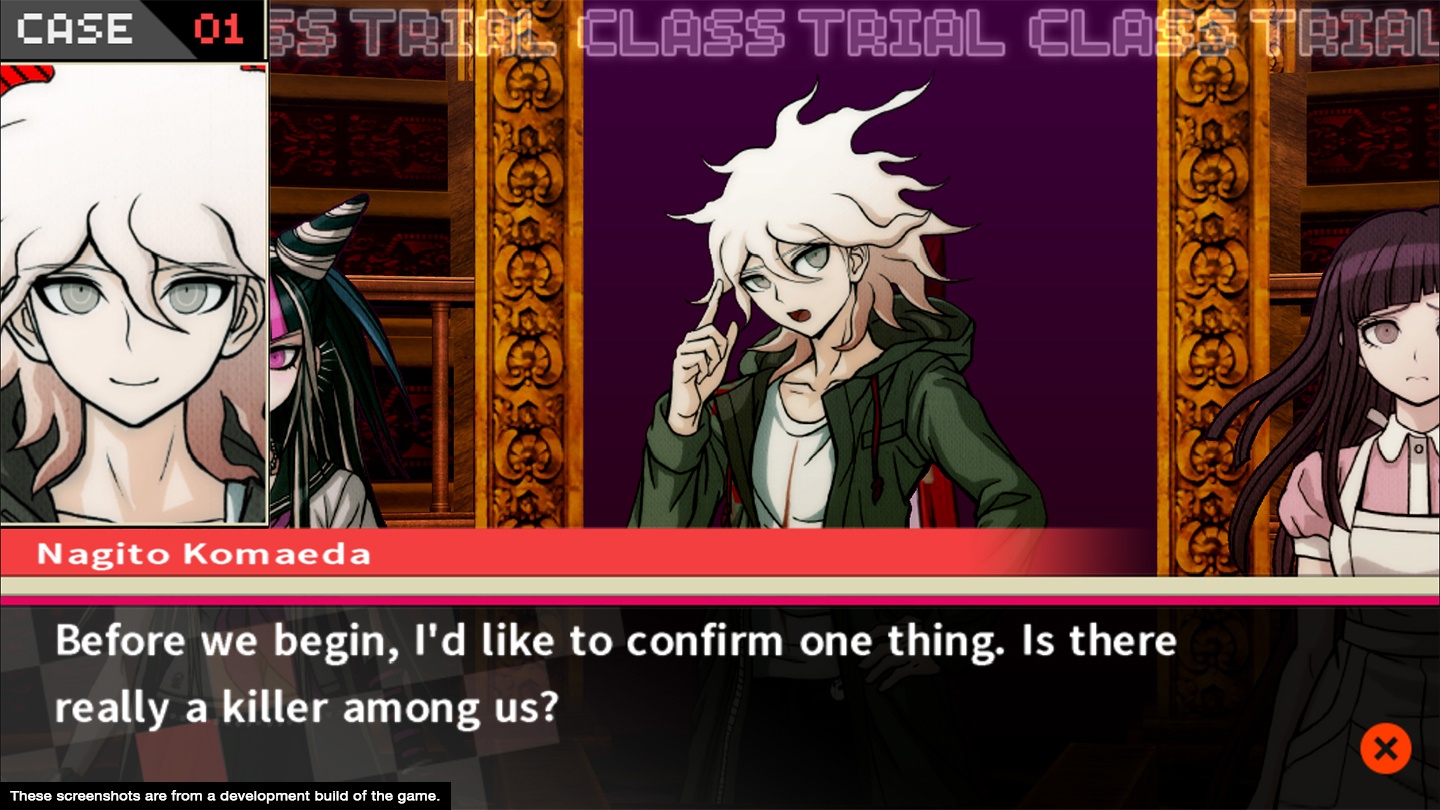 As good as both games might be though, as good as the cast, the tone and the utterly brilliant Monokuma undoubtedly are, there is no getting around the fact that these games are starting to feel their age, and above all else, are ill-suited to the PS4. If you have the option, I’d suggest going for the Vita version, as at their core, these are very much handheld experiences. Sure, they still work fine on the PS4, but they don’t feel like a natural fit, and on the big screen, the visuals tend to look that tad rougher around the edges.

The art design ensures that this is still a largely great looking game, but even with some decent upscaling, these are games that were originally released on the PSP more than 5 years ago, and despite Spike Chunsoft’s best efforts, there is no hiding some of the games’ rougher edges.

They might be ill-suited to the PS4 and their age is certainly starting to show, but despite these issues, Danganronpa 1.2 Reload provides the perfect excuse to return to a series that was almost criminally hampered by the Vita’s limited user-base in the West. Ahead of the release of the long-awaited third entry, I can only hope that this very solid collection finds a wider audience on PS4. Some will inevitably find it a tad slow while others will begrudge the somewhat dated visuals, but get past these minor roadblocks and you will be treated to an exceptionally written and fantastically bonkers collection of video games, a collection home to what has to be the best, and certainly the most evil teddy bear (sorry Naughty Bear) in video game history.