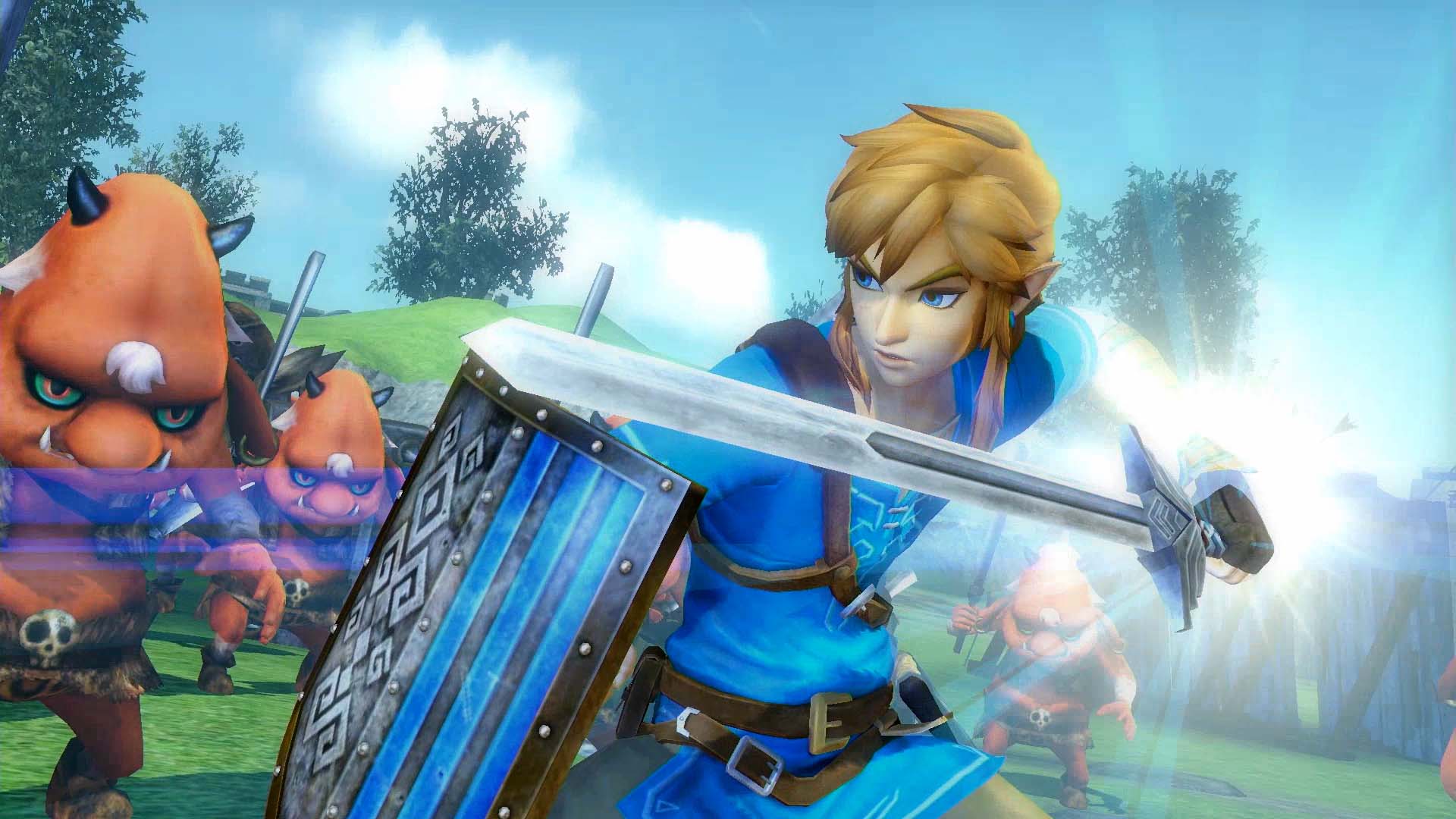 Back in 2014, Hyrule Warriors was unleashed on Nintendo’s Wii U console. It offered a variation on the Legend of Zelda theme, opting to play along the template of the successful Dynasty Warriors template. Despite a few performance issues and rather lacklustre story, it still remained one of the premier titles available on the Wii U. Now, four years later, Zelda, Link and a whole host of buddies have returned in Hyrule Warriors: Definitive Edition, out now on the Nintendo Switch.

Developed by Koei Tecmo and published through Nintendo, this enhanced version of the original game has become the result of an amalgamation of previous iterations of the same title, as well as a sprinkling of elements from other, similarly-styled games. This shiny new Switch version follows closely to the updated 3DS version of the game, retaining many of the gameplay enhancements that can be found on Nintendo’s other handheld device. However, the developers have also chosen to adopt some of the control schemes from Fire Emblem Warriors, another Switch title that follows the template of Dynasty Warriors, as well as incorporate all of the DLC that was released on the Wii U post-launch.

Anyone familiar with Dynasty Warriors or Fire Emblem Warriors will be instantly familiar with the territory here; even more so if you’re a returning player to the original title. Its main premise is that of a hack-and-slash game, although a basic element of strategy has been also been thrown in for good measure, as well containing elements of an action-adventure RPG; something that the Zelda games are particularly renowned for. In case you aren’t familiar with the mechanics of any these titles, then Hyrule Warriors offers a very different take on the Zelda you may be expecting. There’s no over-arching adventure, dungeon exploration or puzzles to solve. Instead you are tasked with clearing specific areas of literally hundreds and thousands of foes. Due to the nature of the game and the template of which it follows, you can’t escape a certain amount of repetition of the main core of the hack-and-slash mechanic. However, with several modes to enjoy and a roster of over thirty characters, some of which need to be unlocked, there is plenty of content to keep the most avid of player’s amused. The game’s main component, Legend Mode, follows a story of sorts that revolves around the theme of the dark sorceress, Cia, whose evil plans have opened up a variety of dimensions and portals that sees a cast of characters come together from previous iterations of the Zelda franchise.

There are some truly epic battles to ne had here with an overwhelming number of enemies to defeat, special abilities that can decimate whole areas, a staggering collection of weaponry and playable characters that offers a different style to the way they fight. The whole presentation available to you here is truly staggering and, despite its repetition, provides an aesthetic and gameplay mechanic that simply oozes with quality production values. Free Mode plays under a similar premise to the game’s main core of gameplay, only this time you are afforded more freedom as you can pick from any unlocked character and replay previous stages from the Legend Mode; thus creating a variety in tactics, strategies and even difficulties.

Another fun gameplay element comes in the form of Adventure Mode in which you select squares from a map, reminiscent of retro titles in its presentation, which offers you with a variety of challenges from battling bosses to clearing an area of a set number of enemies against the clock. However, the higher you rank in battle stats, the more paths you can open up, thus leading to tougher challenges and more powerful weaponry. Despite a variety in-game modes, their main concept remains the same with the hack-and-slash mechanic; albeit set within varying styles of presentation. Whatever mode you choose to play, each of the battles you participate produces a thrilling affair that consist of some truly awe-inspiring moments. The sprinkling of cut scenes are nicely portrayed but the main elements of presentation come in the form of some impressive set-pieces within the spectacular moves at your disposal. Each of the characters possess differing abilities that produce some wondrous moments in their execution. These are suitably complemented with some level designs that are lifted straight from some of the classic adventures of past Zelda games with locations from The Wind Waker and The Ocarina of Time. All these elements combine to produce one of the most complete experiences of the Zelda franchise with its amalgamation of titles new and old.

Aesthetically, this is easily one of the most impressive titles available on the Switch today. The graphics are sublime and run at 60fps; although in some of the more crowded levels the frame rate can dip slightly. However, compared to the Wii U’s original version of this game, the performance of this edition of the game is sublime. This becomes even more apparent when you play co-operatively in the game’s two-player split screen option. This mode greatly enhances the game as you and a friend join forces to create absolute mayhem on the battlefields of Hyrule and its other dimensions.

Overall, Hyrule Warriors: Definitive Edition is exactly what the title implies. Whether you have played previous versions, or own Fire Emblem Warriors, the amount of content, options and depth in gameplay styles makes this an absolute purchase. Yes it can be repetitive, but to combat this, the developers have incorporated a sense of replayability that just keep you coming back for more. With its amalgamation of previous and similar titles from various formats, this version of the Dynasty Warriors template is the most playable yet. Containing all available DLC, which includes levels, costumes, characters and weaponry, as well as amiibo support, this game is exactly as the title describes: The most definitive version of the game ever. Although this essentially a port of a four-year old game, it’s enhancements in content, performance and look do make this feel like a completely new game; an element that the majority of Wii U ports to the Switch have contained. As long as future ports produce definitive versions of great games from past libraries in the same vein as this one, then long may it continue.