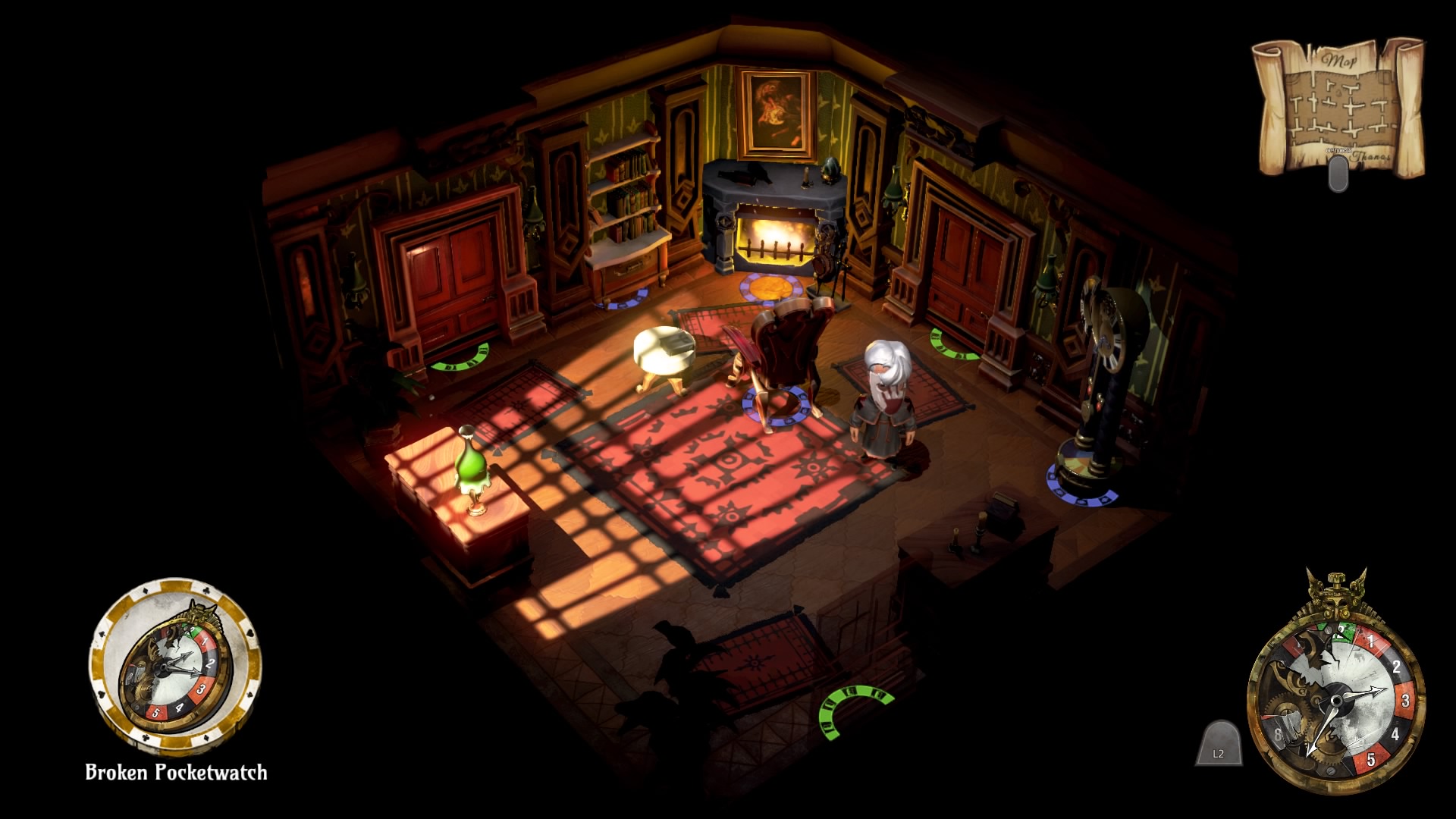 I tend to dislike games that expect me to replay the same sequence over and over again with a passion, but for The Sexy Brutale, I’ll make an exception. This is a game in which the main character, Lafcadio Boone, is trapped in an endless time spiral of repetitive murder. The only way this curse can be lifted is when Boone finds a way to prevent each murder. To achieve this, Boone must first observe the movements of each murderer – and often those of the victim – to piece together the best way to prevent the crime.

The setting is a vast mansion filled with interesting and fitting settings for the kind of grizzly scenes you’ll encounter throughout The Sexy Brutale. There’s a myriad of halls and bedrooms, there’s a casino – also named The Sexy Brutale – and the tutorial mission takes place in an ornate, in-house chapel. Boone acquires the ability to meddle with the march of time early in the game, and we also quickly learn that he cannot occupy the same room as any of the other inhabitants of the mansion, even though there isn’t much by way of actual danger.

Instead of confronting the murderers directly, The Sexy Brutale is a game in which the player must guide Boone carefully through the various rooms and corridors in secret. There are plenty of cupboards, wardrobes and adjoining rooms for him to hide in, and most of the levels feature an interlinked series of corridors that allow him to move fairly freely around. 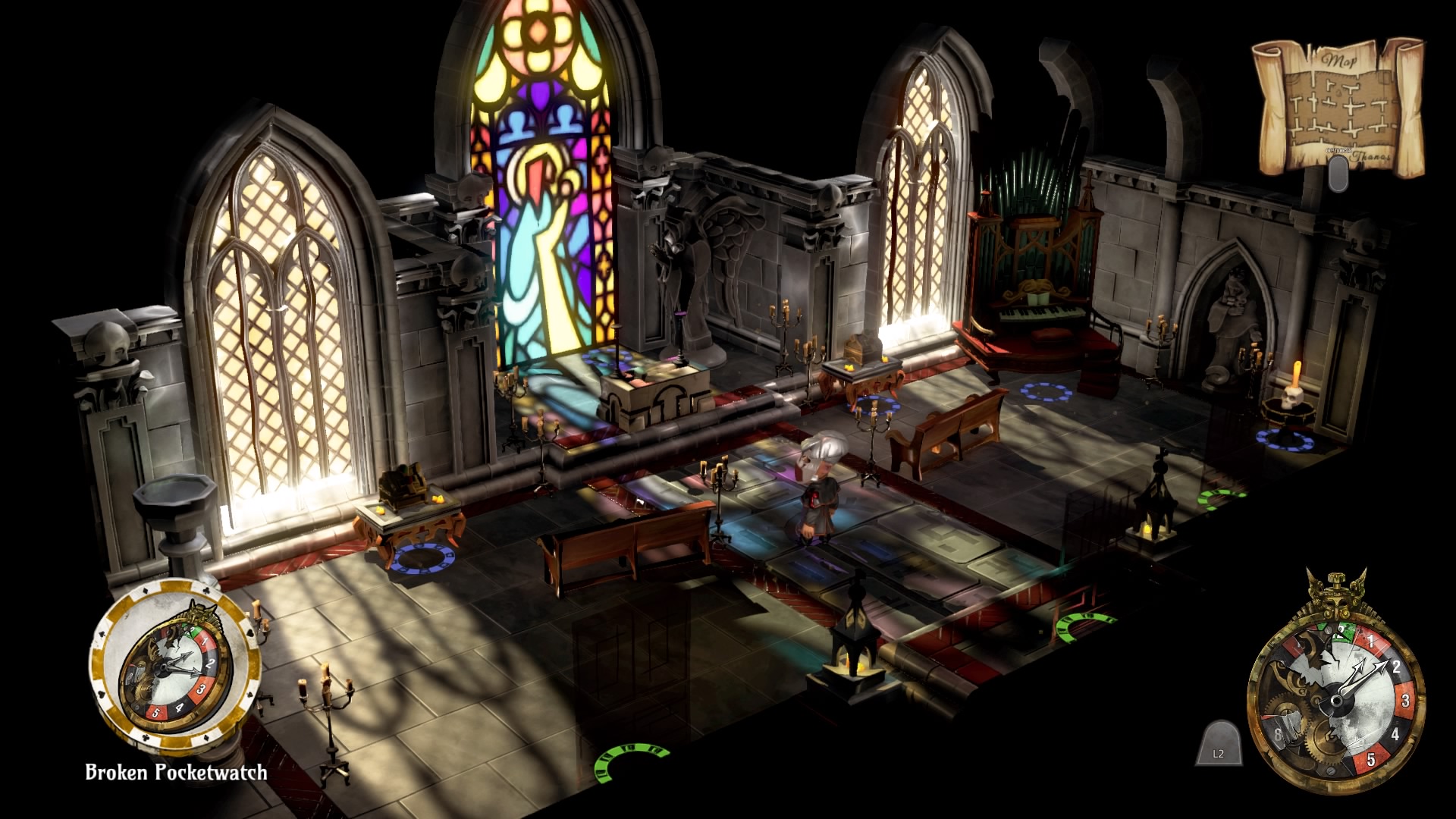 The real trick in The Sexy Brutale is gathering enough useful information to unravel the murder. Take the tutorial mission for example (because anything else would be a spoiler); Boone follows a mumbling murderer through the house before witnessing him gun down a masked victim. He then awakens in the same room he began in, having passed out. This time though, with a little exploration, the player is able to locate a blank cartridge to sabotage the murder weapon. This, in turn, enables the victim to escape and for time to advance to the next scenario, where the next mystery unfolds.

Aside from the fact that it is brilliantly simple, what makes The Sexy Brutale so compelling is that it has such a fantastic setting. The mansion itself looks fantastic, with each room unfolding as if it were a pop-up model, and the masked characters – each of them trapped in an endless masquerade ball – feeling like a perfect fit. The diversity of environments ensures that there is always something new to see or do, and there are lots and lots of collectibles that feel unusually worthwhile for a game of this kind.

The themselves are brilliantly scripted, meaning that if there ever might have been a moment of boredom as you wait for one of them to pass, it is easily averted because of the quirky incidental commentary that occurs at just the right moment.  The Sexy Brutale doesn’t just look and feel as if it is brimming with character, it also sounds fantastic. The soundtrack is a kind of crazy jazz piano that instils fun in the proceedings (no matter how macabre they may be) and seems to drive a constant forward momentum. 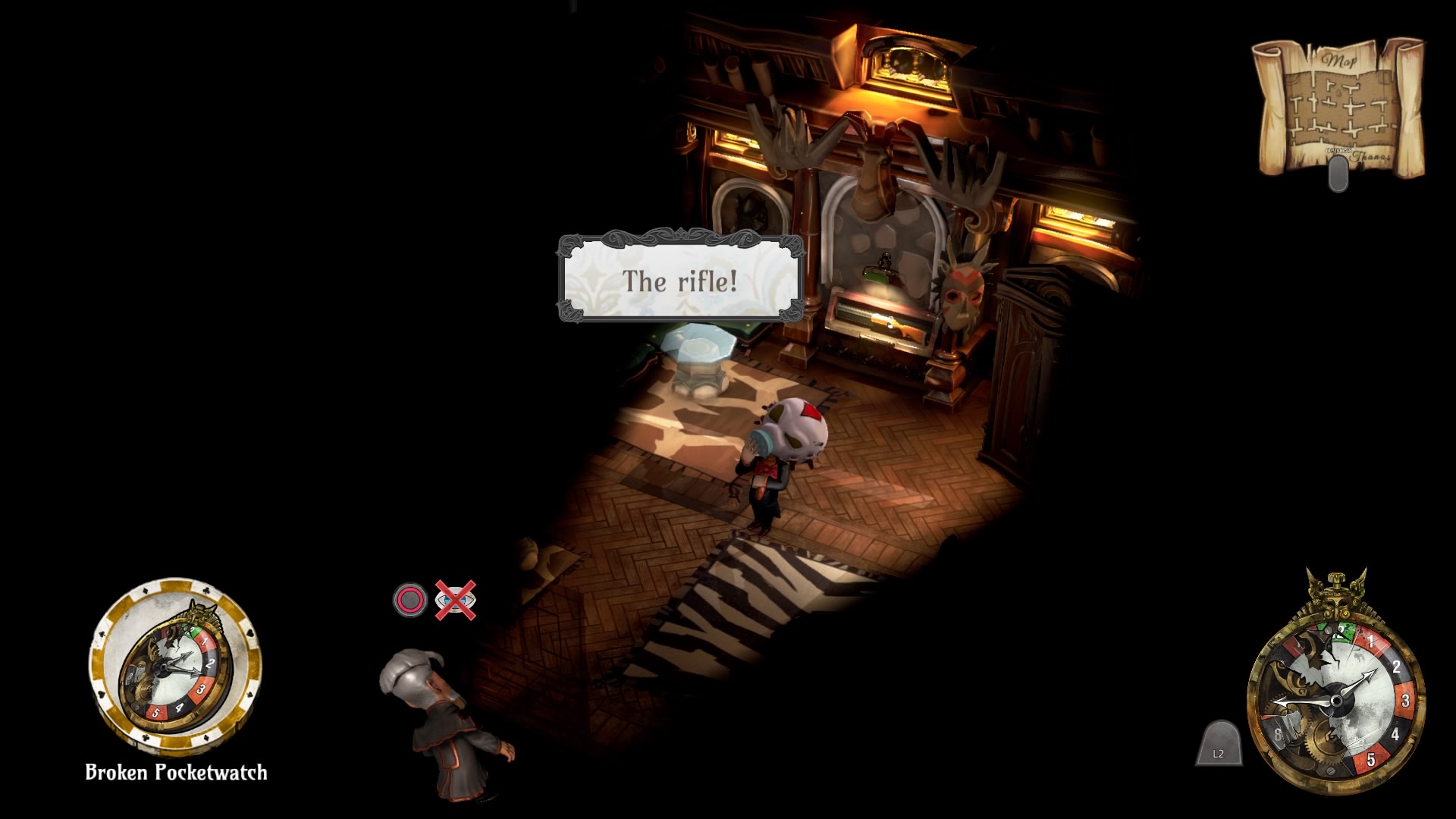 The Sexy Brutale is about seven or eight hours long, and even though it has a concept that lasts for at least that long, the developers also see fit to introduce new abilities into Boones’ arsenal as and when he resolves each murder. This means that as the levels within the mansion expand and get more complex, so too do the means with which the player can investigate the murder at hand. It’s not as if The Sexy Brutale ever becomes overly complex (changes made in one level don’t affect another except that some characters hear noises from time to time) but it does help to be able to eavesdrop further, for example.

This is a game like no other, and it’s uniquely indie in concept, but absolutely triple-A in execution. The Sexy Brutale looks fantastic, and it has a soundtrack, a cast and a script to boot, along with fantastic execution. The ending brings the story to a close in a way that is just as cheeky and satisfying as the rest of the game, and it really is just as much fun as it sounds. If you like the sound of the Sexy Brutale, then you’ll like the game, it’s as simple as that.