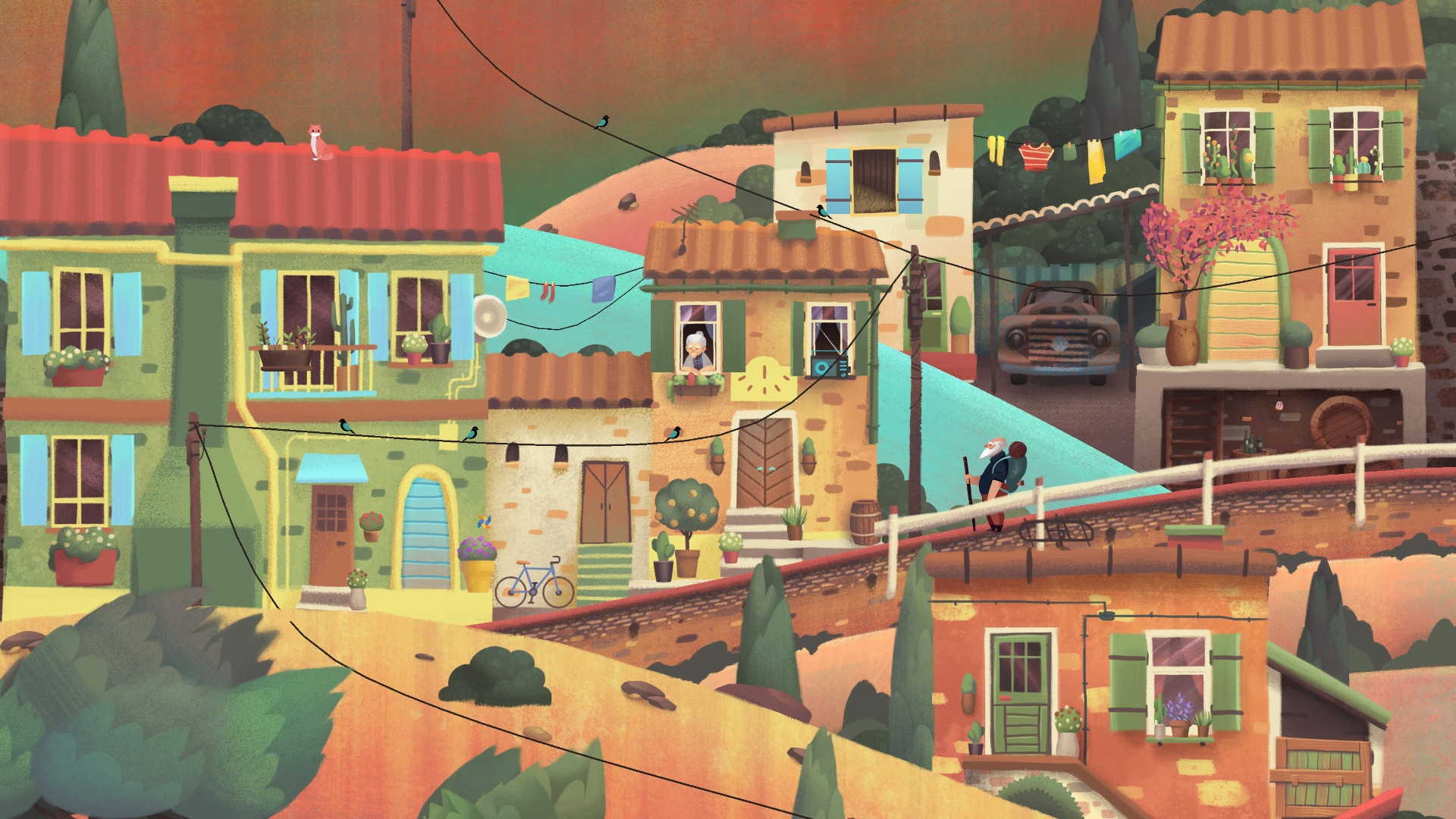 The Old Man’s Journey is a…hm. It’s a mix of things: a point and click in the sense that you have to direct the Old Man where he needs to go, but also a puzzle platformer based on perspective where you need to create a path for the Old Man to safely traverse by raising and lowering the world around him. It’s also a touching recollection of the Old Man’s youth, told in the form of gorgeous hand-drawn images.

Old Man’s Journey is played entirely with your mouse. For the majority of the journey, you’ll be rearranging roads and hills and even train tracks to ensure that the Old Man gets to where he needs to go, pausing occasionally to click on or hover over people and creatures because they will react to you interference.

Because it is such a story heavy game, it’s difficult to discuss it without spoiling anything, so I’ll simply say that it follows the memories of a lonely old man.

Puzzles consist of moving and aligning surfaces so that the Old Man can make his way across the scene. Clicking reveals a series of line segments, which indicate the path he can take. Some surfaces can be moved and others cannot, and once two surfaces are aligned, a dot appears to mark the intersection. You can instruct the Old Man to move by clicking, but he will refuse to move, a question mark above his head, if the path is not clear. 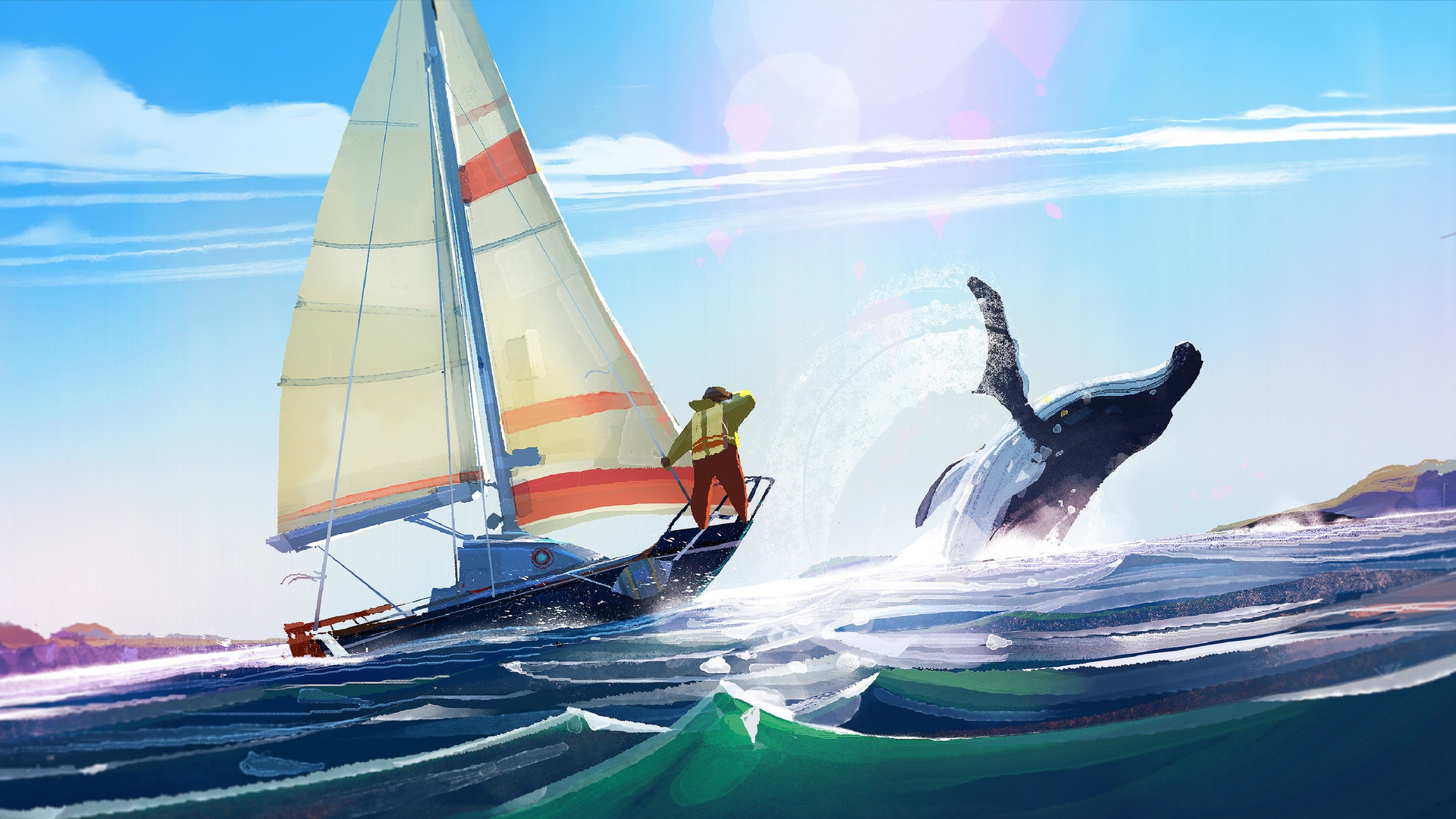 You are required to move in one direction, rearranging surfaces so that you  until you find a resting place where the Old Man will put down his pack and reminisce, after which you have to click on an object in the scene that will trigger a memory. These memories tell the story of his past and they are absolutely gorgeous snapshots of a moment in time.

The atmosphere is where the game shines. Not only is the art nice to look at, the small details like swaying leaves, critters and people that go about their lives and passing vehicles breathe life into every scene, making the world a living breaking—not to mention realistic—world. Ambient sounds like the trickle of water or even something as small as shuffling cards can be heard over the background music, which changes with each scene change.

There’s just something incredibly charming about the layers of detail and I found myself stopping on more than one occasion to see what I could click on and how it would respond. Your cursor can part or block the flow of water, startle birds shift power lines, and prompt creatures and people to move and change positions. Some objects prompt the Old Man to resume his journey, while others just provide a lovely little distraction.

And that sense of wonder will linger even after you’ve complete your playthrough, which will take you anywhere from 1 to 2 hours depending on how leisurely your journey is.

The game is linear, moving along after you go from point A to point B. The latter half of the game adds on some interesting mechanics to the standard land mass shift, but I didn’t find any of the puzzles to be too difficult. Most can be solved after pausing to think, but the main focus of the game is the story. 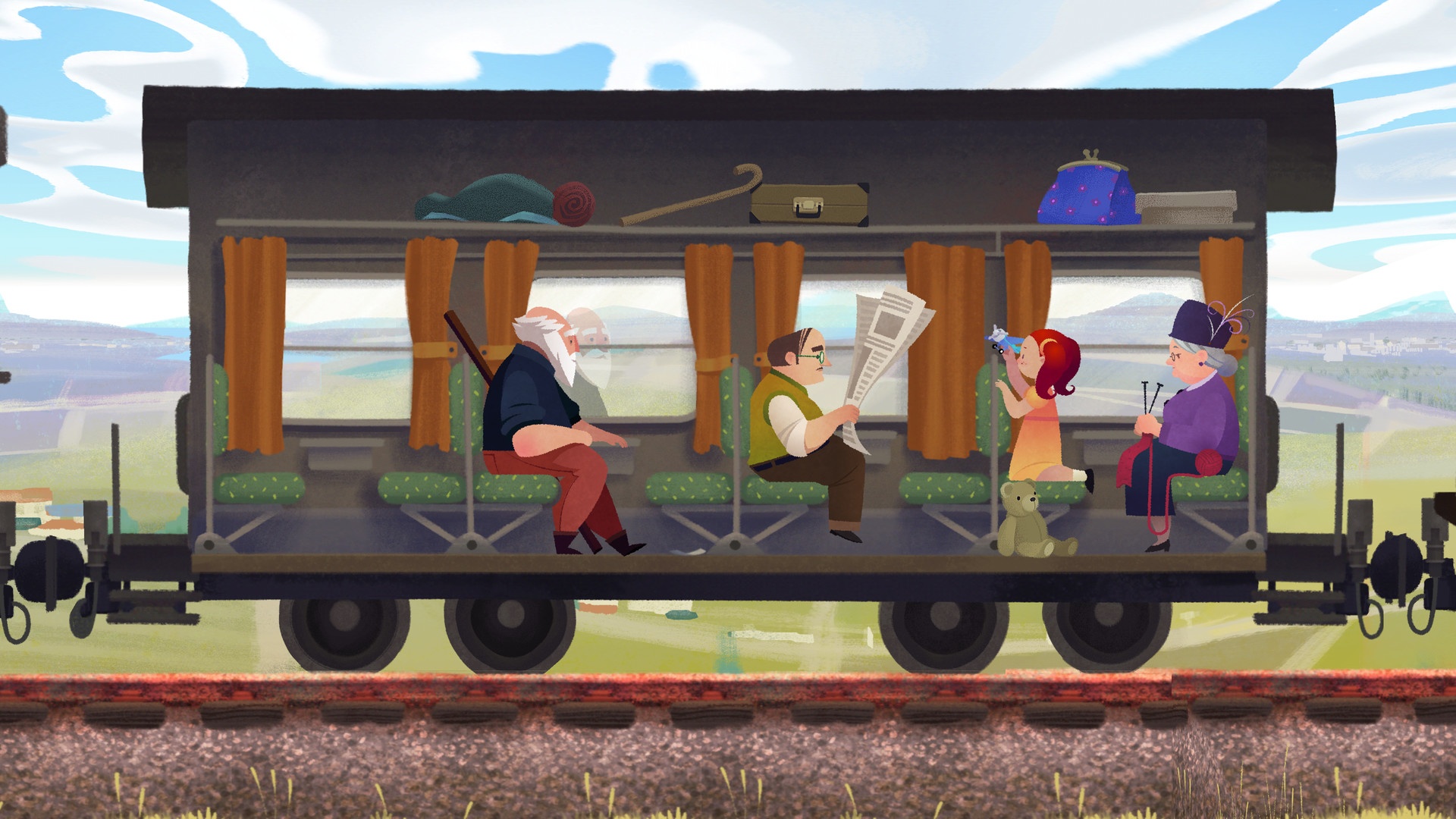 The Old Man’s Journey is a fantastic, albeit short experience. It’s one of those games that you just have to play and if you’re a fan of poignant stories or atmospheric games, then this is a solid investment. I enjoyed every moment of this game and there were moments where I just had to smile because there was a clever puzzle or a triumphant moment after solving a puzzle.