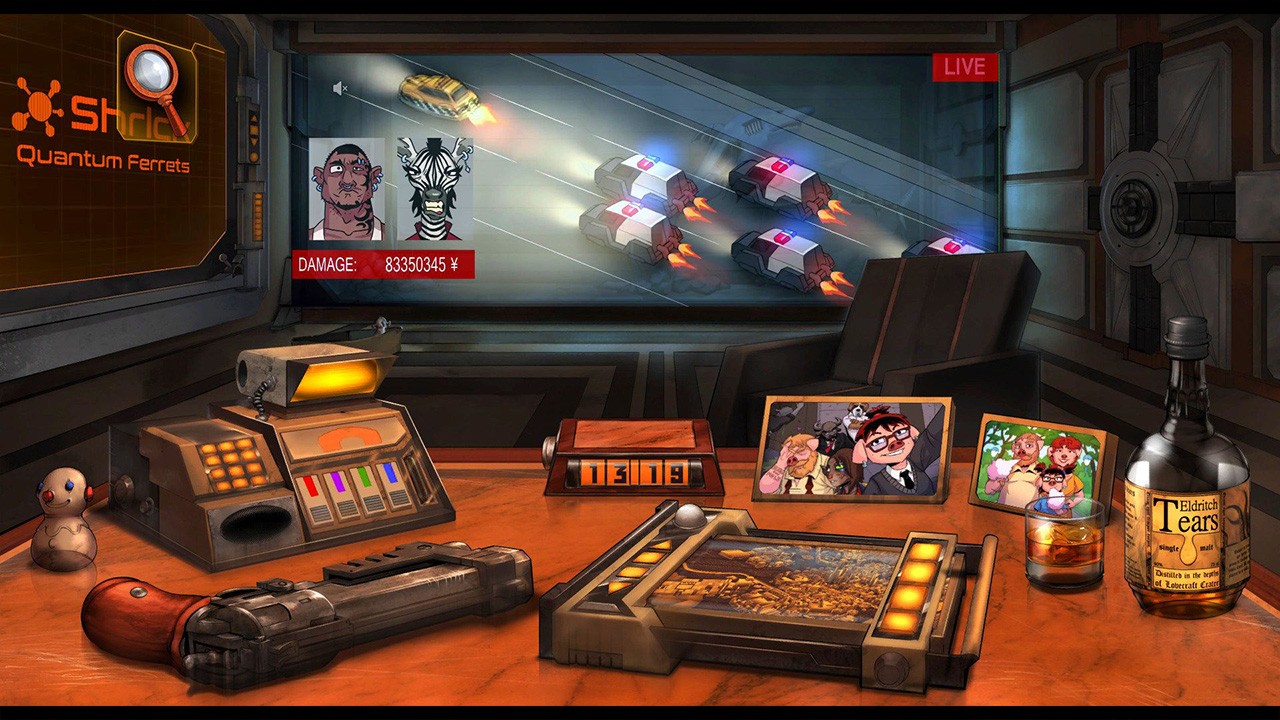 If you were locked up in a safe house with just a phone and tablet, could you unravel a murder plot and save your own life? That’s the goal in Wooden Monkeys’ simulation puzzle game Save Koch – it’ll leave you confused and a bit irritated, but ultimately have you trying again and again to get the best possible outcome.

Playing as Koch, the head of the local mafia pulling the strings in the city of New Kandinski, you’re taken by your allies in the middle of the night to your panic room where you’re warned your life is in danger. From here you must find out who is behind this murder plot, and which one of your associates is the ‘mole’ trying to ensure your downfall – saving your own skin.

Taking place entirely inside the safe room, which conveniently has everything you need to investigate the case, you have a phone to contact your allies and enemies, a tablet to direct your cronies to complete tasks and missions, and a case board to link all the clues and characters together. Straightforward, yes, but there’s a catch. There’s only six days before your safe house is discovered and you’re killed.

The time pressure really ramps up the difficulty, added to a barrage of phone calls and tasks to complete, it creates an incredibly stressful environment. Similar in style to This is the Police where, as police chief, you’re required to send your squad out to investigate different crimes. That game however has more depth behind it and more time to consider your options, here there’s no chance to make an informed decision and it really needs a button to stop the clock and allow you to think over which tasks you want to prioritise and the decisions you have to take. You need that pressure for sure, but it becomes totally consuming. 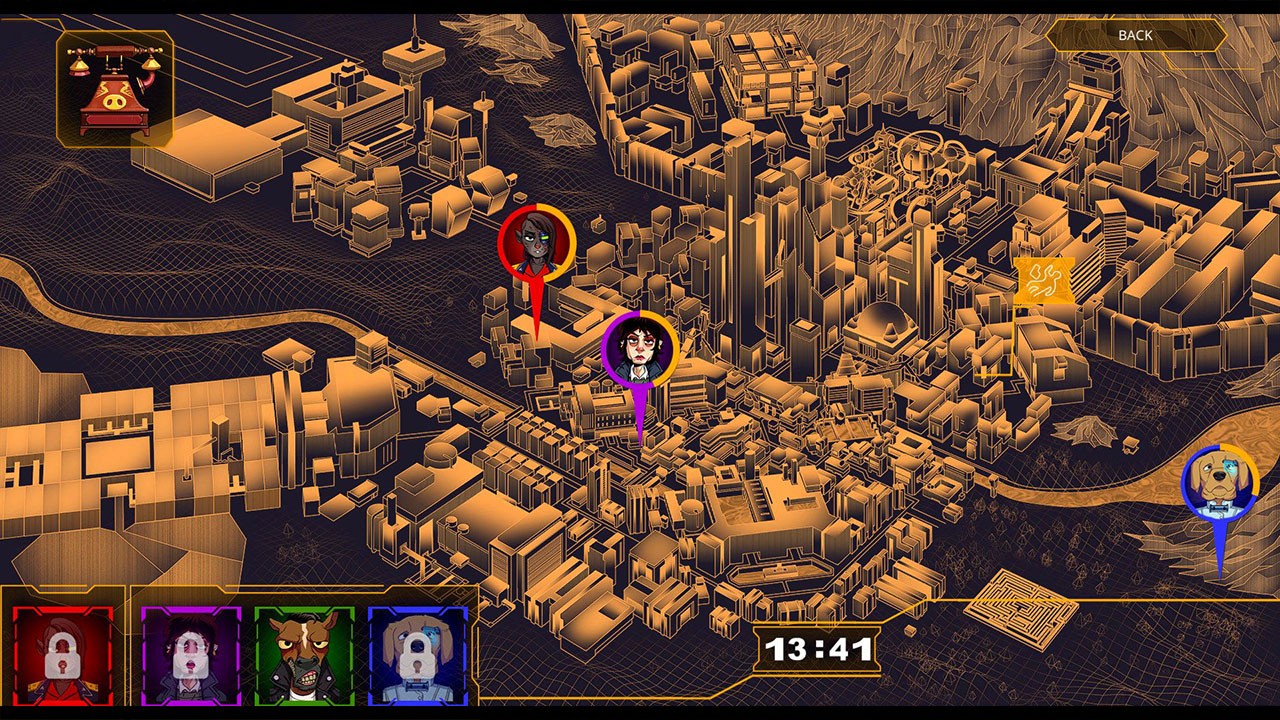 Also needed is more background information to the story. You know who you are and why you’re there but the plot centres on different factions and your previous relationships with each one. Koch clearly knows more than you and, as you’re playing as Koch, there’s an annoying disconnect that’s nothing but confusing.

I sense the game would become more coherent after a few playthroughs, and that’s something Save Koch is open to. Each new game shuffles the board with different moles, masterminds and missions, with NPC’s popping up at different times to ensure no game is the same. Depending on the choices you make and how long you last in self-isolation you will come to a range of different endings too, and with it taking a relatively short amount of time to complete, it’s easy to take another stab at saving Koch.

Graphics and sound choices are nothing special and seem par for the course for a £17.99 game, allowing you to focus more on the gameplay rather than distracting from it. The 2D nature of the pictures used give it a nice cartoony feel and works well with the style of game and cartoonish characters involved (Koch is literally a humanised pig), whilst the limited use of sound effects and background noises add to the feeling of isolation. 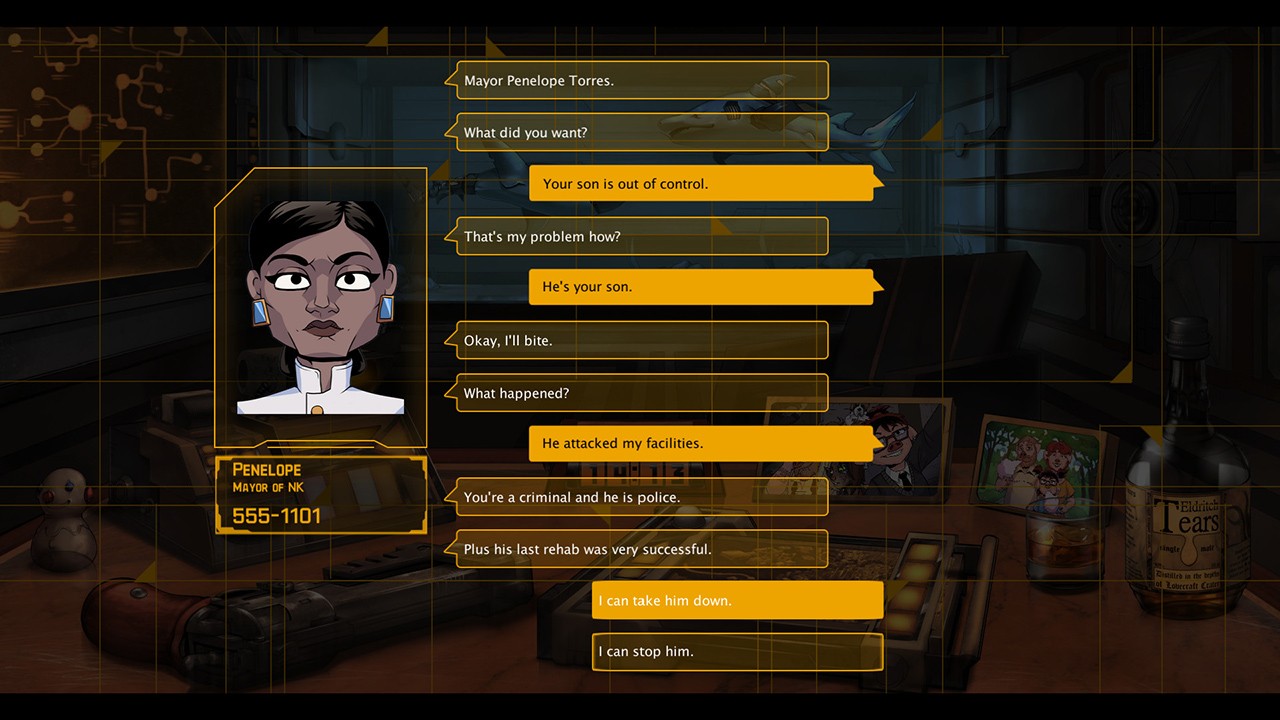 And you do feel isolated when you first load up the game. There’s no walkthrough or tutorial explaining the controls and how things work and it leaves you stuck right at the deep end. Luckily it’s fairly intuitive if you’re a seasoned Switch gamer and it doesn’t take long to become accustomed to the control scheme.

Regardless, I never stopped feeling confused about who each character was, what their faction was about, and what my relationships with each were like. It’s something that never really went away and tarnished my experience. I’d 100% go back and give it another go as I want to see how differently the story could have ended but, over time, it could easily feel quite repetitive.

Whilst ramping up the pressure, Save Koch ultimately leaves you feeling isolated and confused. With more direction, and more time, this could’ve been a hit.