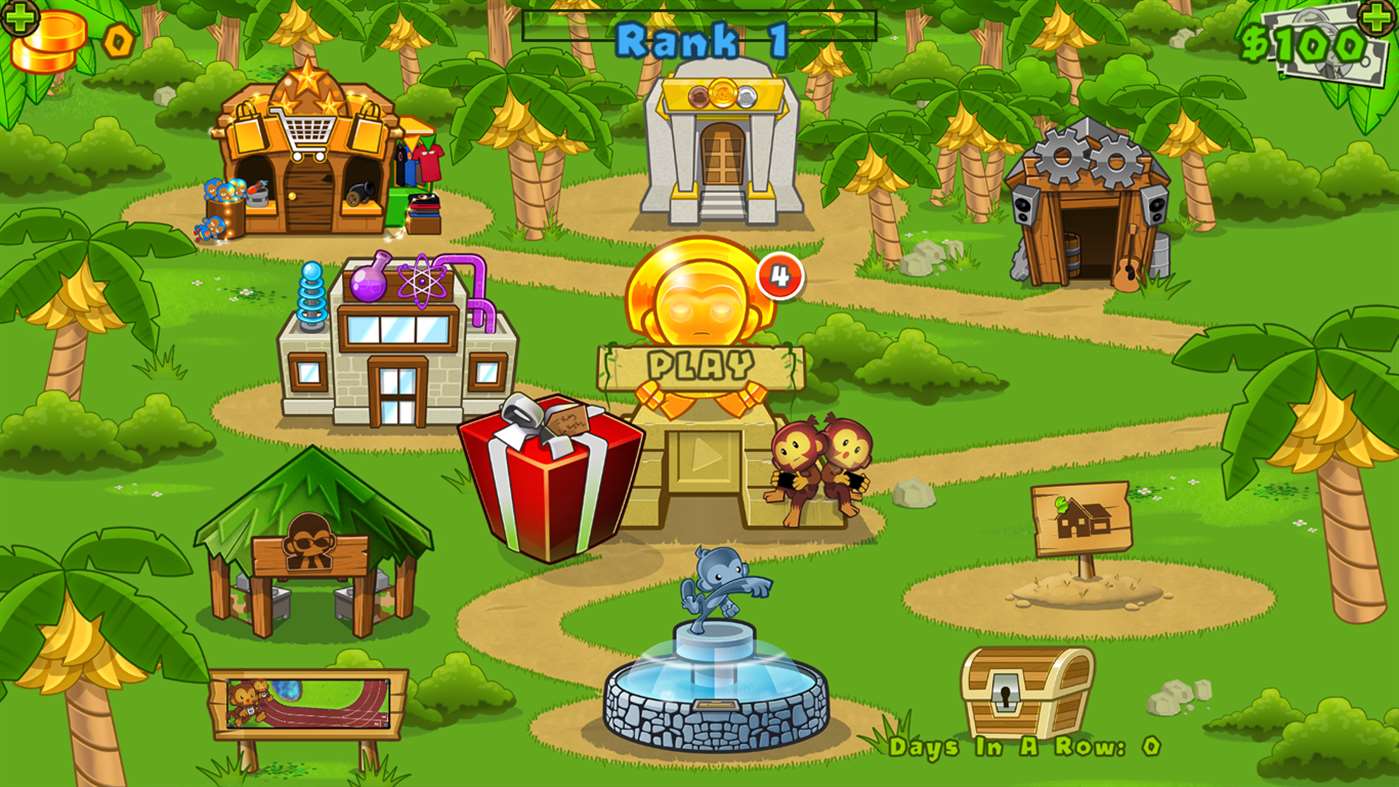 Back when I was in secondary school, between 2007 and 2011, I insisted on attending information technology, as one of my main subjects, each and every year, from year 7, all the way down to year 11. And while for the most part, it involved creating overlong word documents explaining how to make a new folder, or a simple animation, the educational portion of the class was not the most captivating. And this is because there was a game series which every single person, at least in my school, concentrated more on than on studying, and it was the Bloons TD series. And while Bloons TD 3 was the crème de la crème of the franchise, the most recent addition to the series, Bloons TD 5, is just as hypnotizing.

Bloons TD 5, as a standalone game, has been released back in 2011, 6 years ago to be exact. But only just now, it has made its way onto consoles, and it has done so in a rather expensive fashion. Expensive, because it costs £12.99 more than on Kongregate.com, where it was initially published, £12.10 more than on the android store, and £5 more than on Steam.

The price point, which is relative to all games, can fluctuate over genre, quality, and platform of title’s release. Sometimes a console release can warrant a higher price tag through additional, previously unreleased content. But in this case, Bloons TD 5 on the PlayStation 4, is the exact copy of the 2011 Kongregate version. Meaning that you, as a customer, are paying £12.99 for something that you can play for free, online. 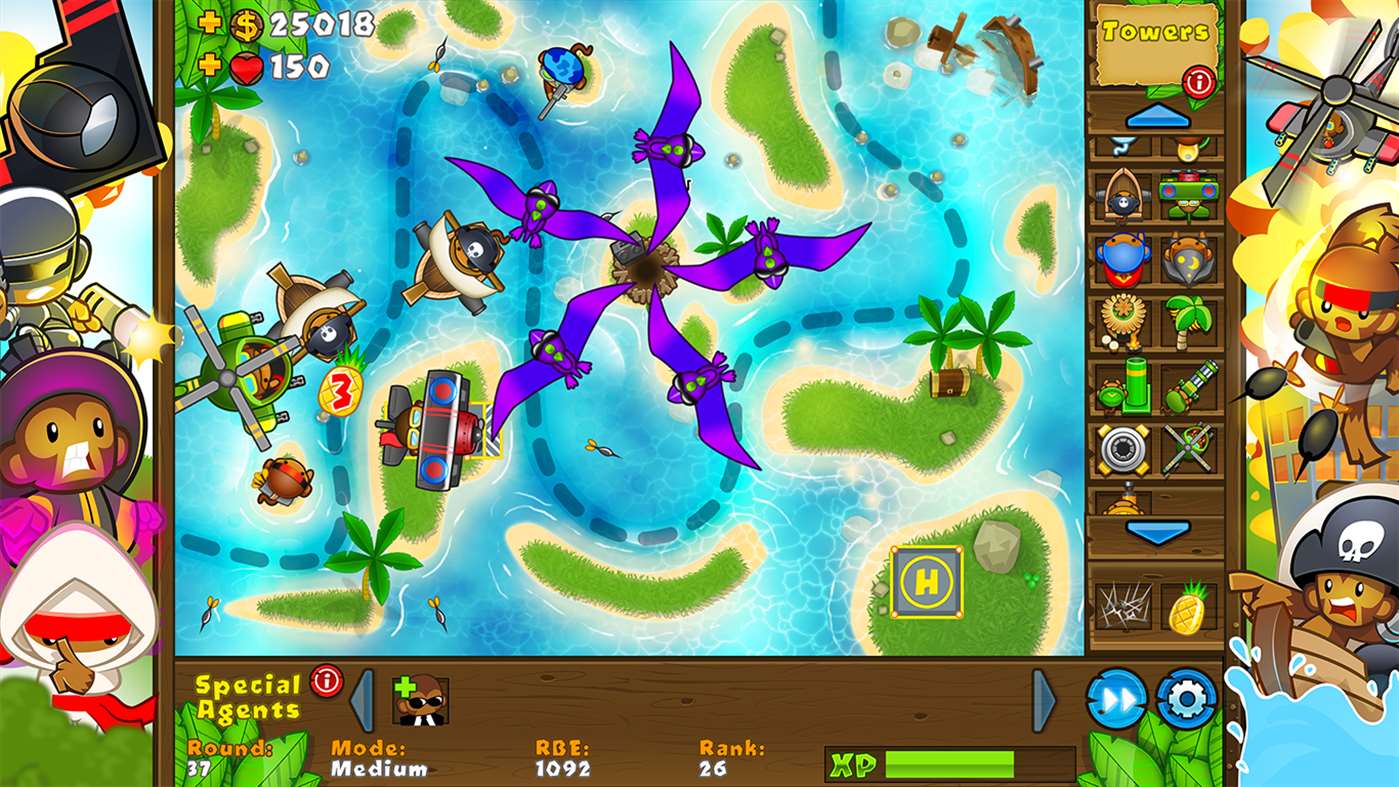 Bloons TD 5’s price point, will surely make some reject the title right from the get go, and that’s understandable. But it doesn’t change that fact, that still, after all these years, Bloons games, including TD 5, are extremely fun to play.

At its core, as the name of it suggests, Bloons TD 5 is a tower defence game. And while it is simplistic in its visuals, it is much more profound when it comes to the tower defence mechanic which is at the forefront of the title. In game, you as a player, can select between 21 different towers, in form of monkeys such as the basic Dart Monkey, or the incredibly powerful Super Monkey. And while 21 seems like a lot, this is not where the variety ends, as each and every one of the 21 available towers, can be upgraded in multiple ways. And when all is said and done, players who have achieved the top rank, have hundreds of different combinations at their disposal.

As they say, the variety is the spice of life, but in case of Bloons TD 5, the variety can be the final nail in player’s coffin. As for the most part, the vast majority of 21 available monkey towers, is simply not as efficient as one would expect. And due to title’s lack of tutorial in regard to certain upgrades, players can end up heading nowhere fast, as by following one upgrade path, one can disable the other which can be much more beneficial at later stages. Meaning that it is possible to get all the way to round 40, and end up with no money, and virtually useless towers. And at that point there is nothing one can do, but simply watch as the health points slowly trickle down to 0. 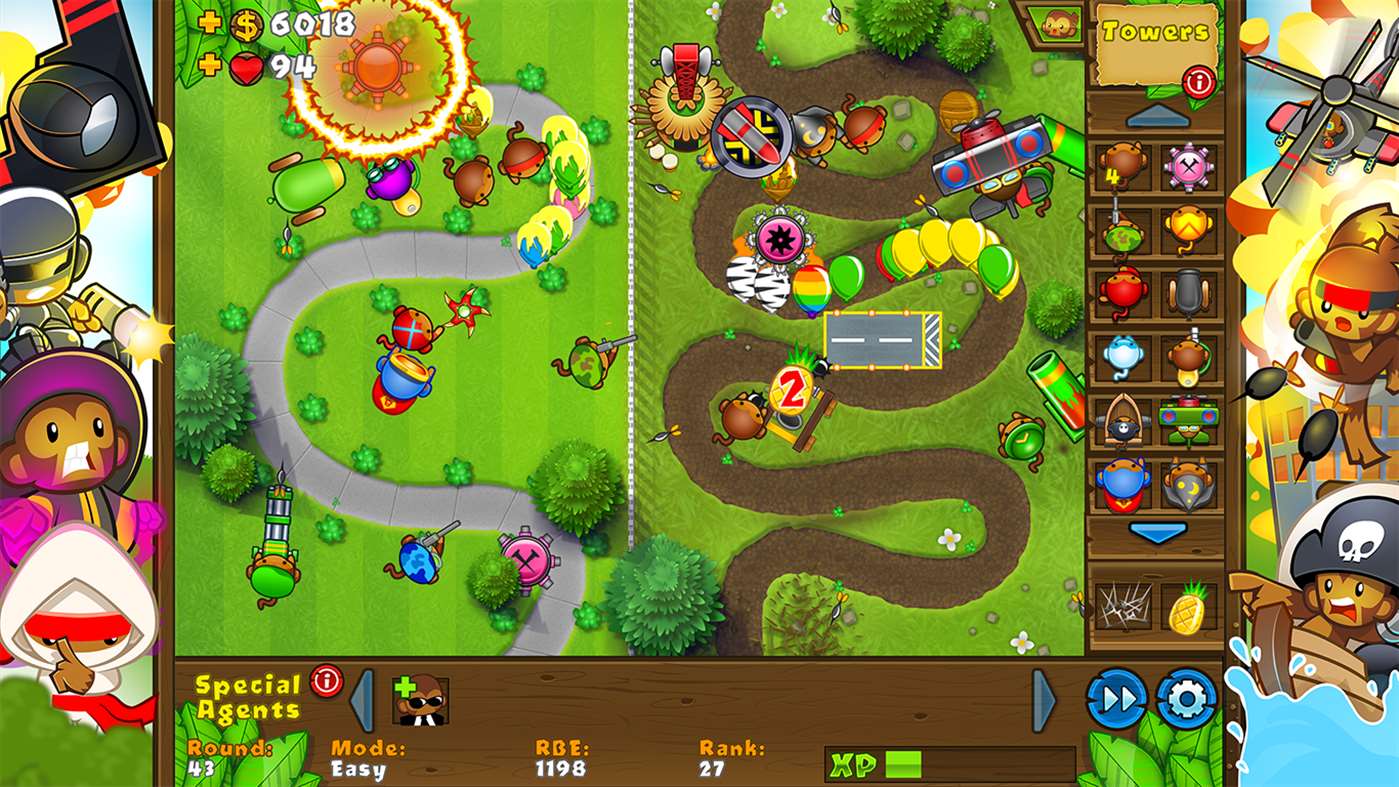 Certain descriptions, and ambiguous upgrade paths, can be confusing, but once one invests some time into the title, he/she will breeze through even the more difficult stages. However, due to the nature of the title, it is highly unlikely that many will invest the time which is required to master Bloons TD 5. And this is because, just like all the other flash-based, and mobile centric titles, Bloons TD 5, is simply not as captivating, as it otherwise could be on other platforms. And this is because, for the most part, it is a title which can only be played in short bursts, just like a mobile game. And it is difficult to imagine anybody spending hours at a time in front of a large TV, idly spectating as monkeys pierce Bloons.

In short, one could state that Bloons TD 5, is a classic case of the ‘’we have a made a game, lets port it to all popular devices’’ kind of a cash grab. It is still as entertaining as its predecessors, and many will surely find it enjoyable, but the ridiculously steep price tag, and the flash centric gameplay loop, simply prove that it is a title which should be enjoyed anywhere but on the modern console. And once the flaws of the title enter the scene, one can only say that Bloons TD 5, is simply average, and will most likely be on sale within weeks.