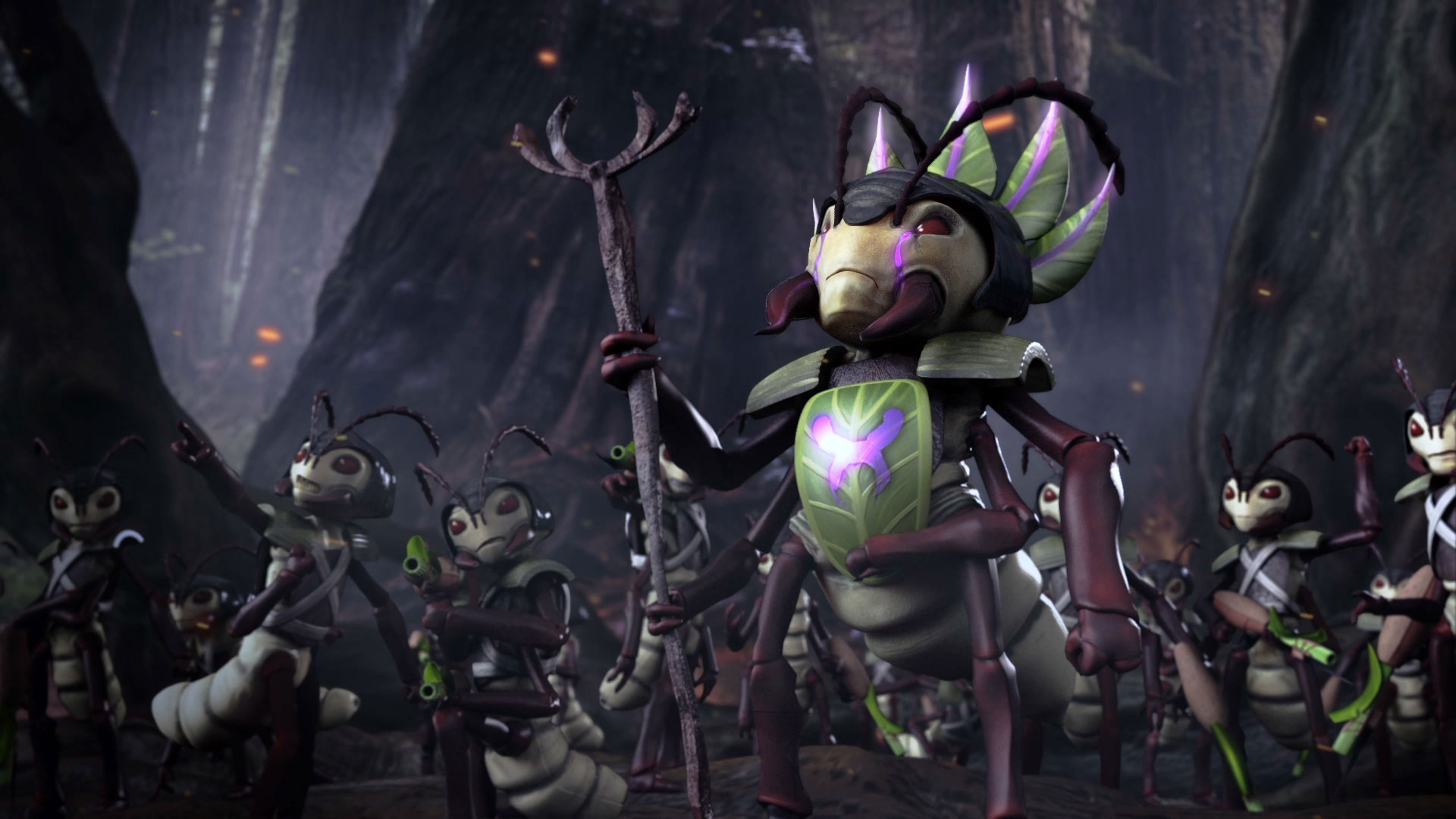 Sometimes game titles/plots can be found in everyday words and that’s the case with MilitAnt, that’s right someone looked at the word Militant (probably) and thought if they capitalised the letter A then you would get MilitAnt and obviously this would lead you to a game about an army of ants! If anyone has ever watched Antz or A Bugs Life you’ll remember that an ant’s life is a hard one trying to help the colony. However those ants didn’t have the weapons of MilitAnt so maybe this ants life has a lot more action in it!

MilitAnt is a side scrolling platforming shooter in the same vein as Contra. The semi interesting story concerns itself with a battle between ants & those terrifying species that are termites. Like most plots there is an issue with currency and in MilitAnt that currency is known as Crystalite which fuels the insect environments. Unfortunately the termites have attacked an ant colony and war ensues. It also appears that the beetles, spiders and wasps are backing up the termites so it’s every ant for themselves. Luckily MilitAnt protagonist is handy with a gun so a lot of bugs are going to get splattered. 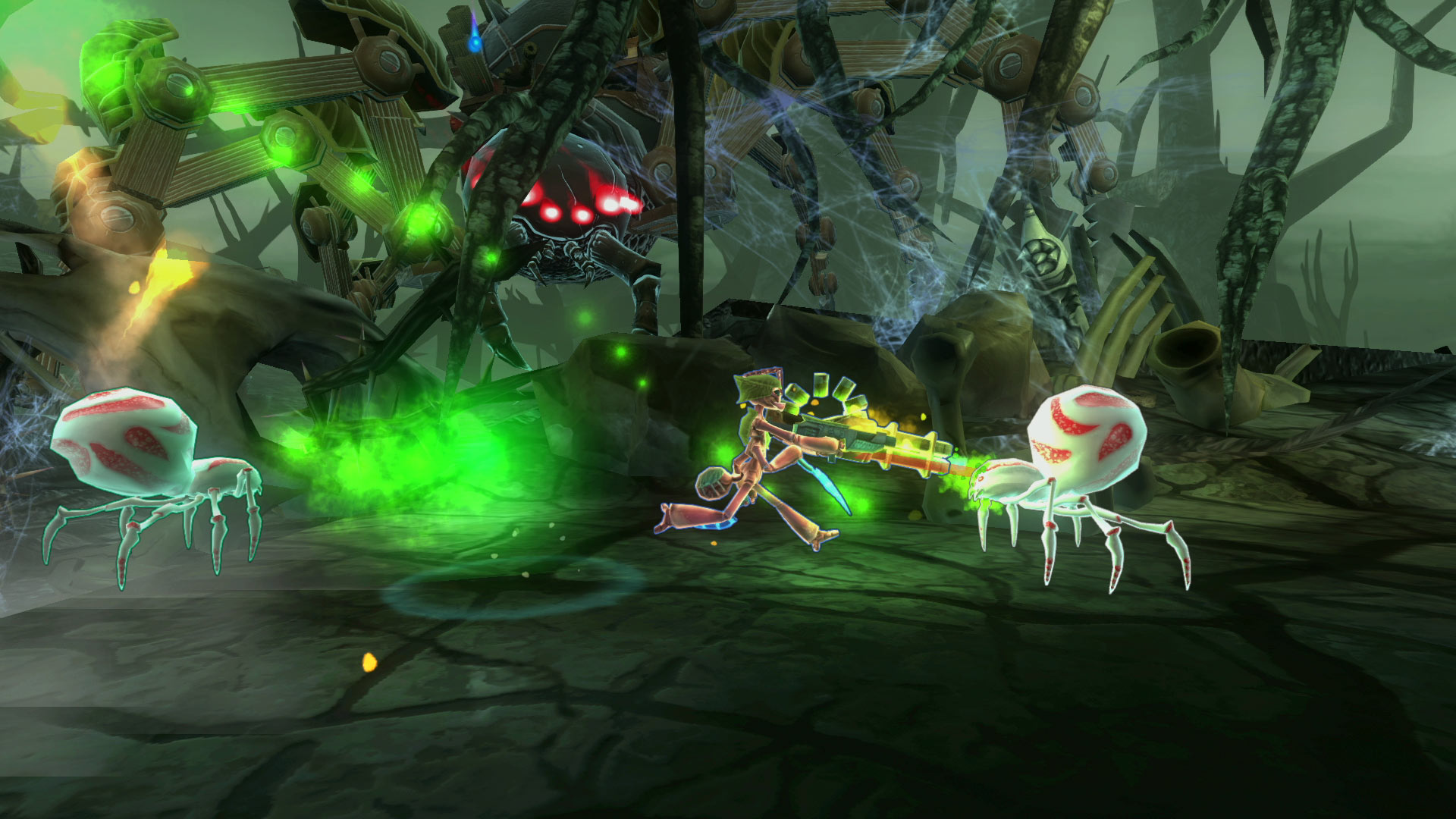 There is a lot of action in MilitAnt both onscreen and in the background, although what’s happening in the background seems to be fun. There are a lot of bugs to kill in MilitAnt and you have a variety of ways of killing them whether it’s hand to hand combat or using the many unlockable weapons on offer such as the Minigun, flamethrower and rocket launcher. Unfortunately for MilitAnt the targeting system is atrocious, MilitAnt is a hard game due to the number of enemies that fill the screen and you are hindered by a targeting system that is too difficult to control. You may think that all you’re doing is shooting left, right, up & down but no in MilitAnt it almost plays in a 3D environment, some of the bad bugs are in the background or just not right in front of you. You only move in a 2D setting but your enemies appear around you which means you have to constantly change target. Add this to weapons that overheat too quickly and MilitAnt becomes less action orientated and more of a chore. You have four arms which can use weapons, the idea is once 2 sets of weapons overheat then you switch to the next, although it isn’t explained why you can’t use all four at the same time.

The enemy bugs are varied and presented in various guises, the boss enemies are quite hard because in some cases there are so many enemies on screen MilitAnt can become overwhelming. It’s advisable just to skip most of level and get to the boss sections because you have the ability to dash, simply because it’s too frustrating to get through the overwhelming odds especially considering that the background animations look more fun to play. 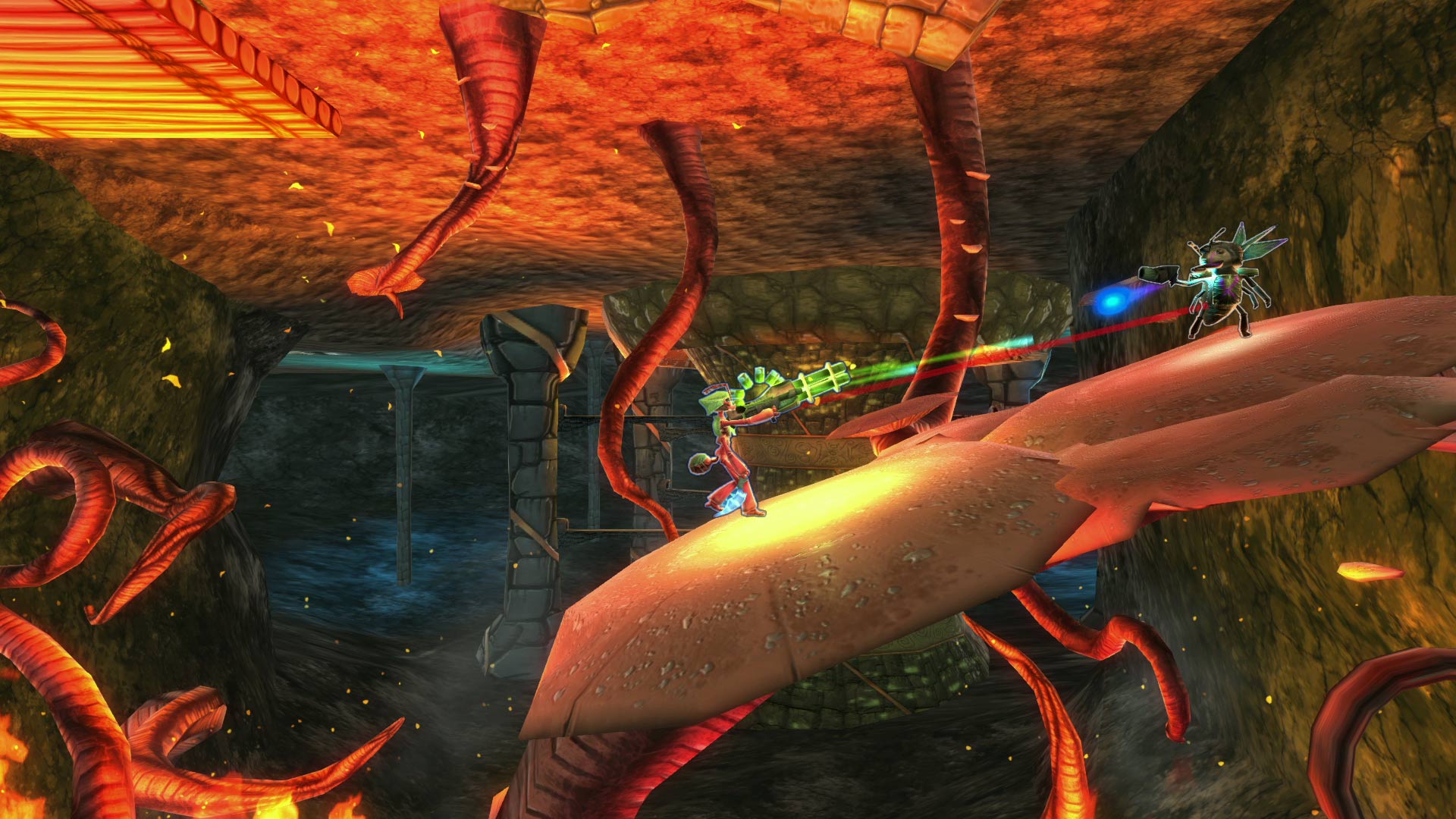 MilitAnt is presented in a slick manner with excellent cut scenes explaining the story with an easy on the ear voiceover. An annoying technical issue is that enemies can spawn right in front of you and you can’t get past them, you need to retreat back a little to shoot them or defeat them in hand to hand combat. This issue is further exacerbated by the fact you can jump on enemies and get stuck, you need to jump back off them but they’re also hitting you at the same time which technically is poor but also unfair from a gameplay point of view.

MilitAnt is interspersed with moments of fun that would be expected from a scrolling shooter but the awful targeting system mixed in with some frustrating gameplay mechanics have too much of a detrimental effect on your experience. If you want to kill a few hundred bugs then MilitAnt may offer you something but you won’t feel satisfied by the end of it. MilitAnt is one game that is more likely to be exterminated before it’s gets a chance to select a queen.