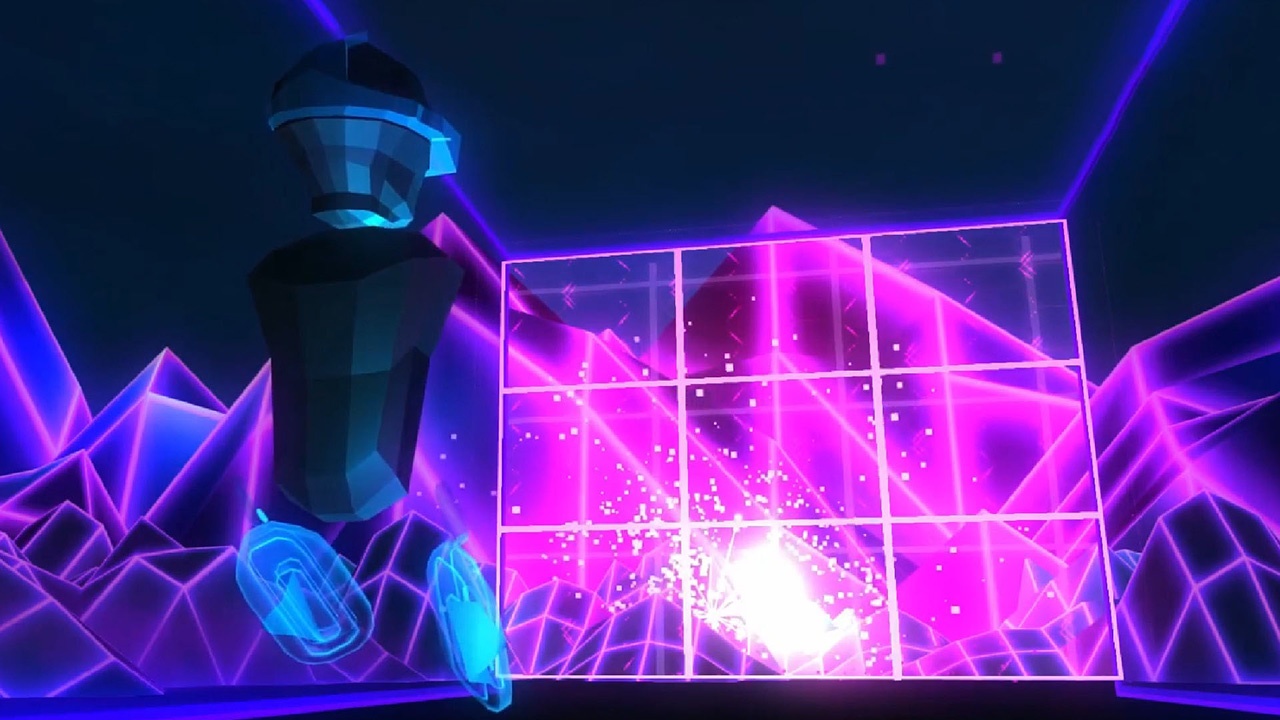 Have you been on the urge of buying a VR headset, but are scared you’ll be sitting down and slowly growing larger and larger as you neglect exercise. Do you fear you’ll be found by your neighbor sitting in your chair, PSVR strapped on your head and a packet of Wotsits all over you? Well fear not! Holoball is here! And it’s sure to get you out of that chair and burning those calories. Although I’m selling this so far as a fitness game, don’t worry at all; this game is fun as well as good for you, and is an amazing example of what VR can really become.

This game is basically tennis, for those who have played VR Worlds this is almost this exact same as this Danger Ball mode. You hit a ball with a racket, or in this case a move controller, and then get it passed back to you by a large square trying to catch you out. There is a campaign mode and an arcade mode to try out. The campaign mode puts you against an AI that you have to beat a certain amount of rounds until you can move onto the next level, there are also different difficulties that you have to work through which gives the game depth and gives you more fun to have. 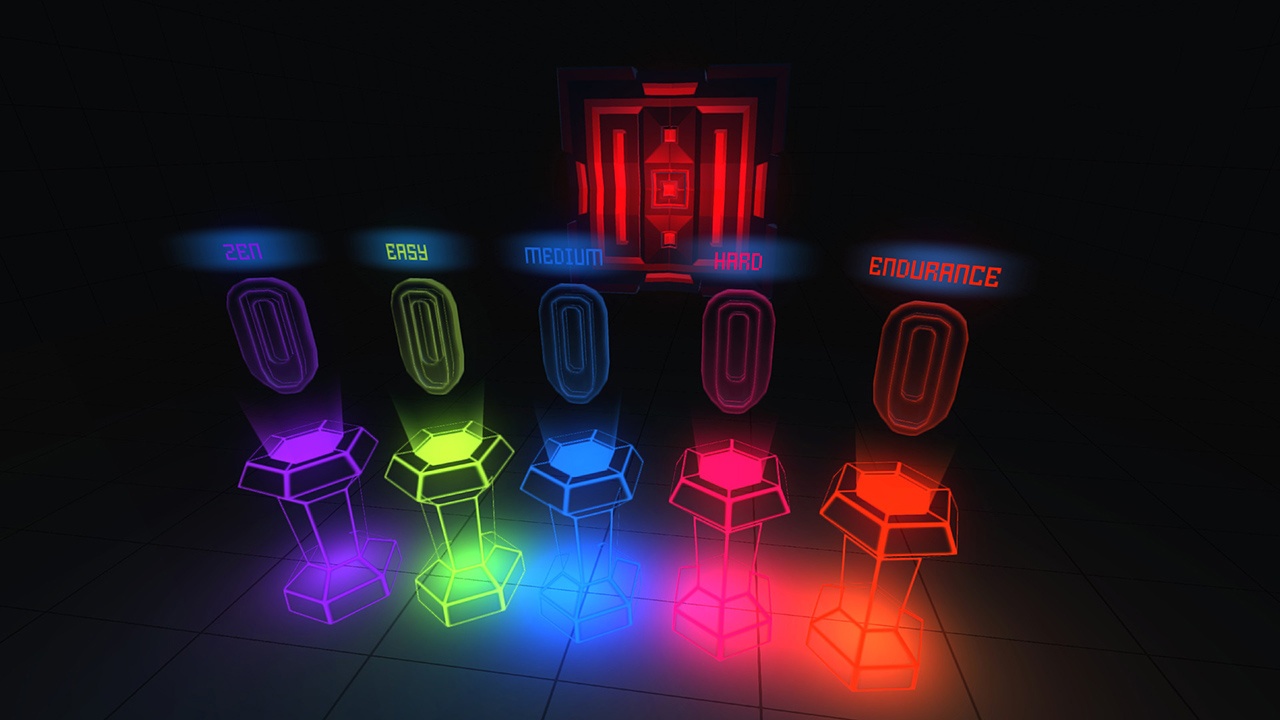 The arcade mode comes with modes that allow you to practice in peace or to see how many points you can score until you either mess it up or can’t possibly play any longer. Holoball fully makes use of the 360 degree VR experience as if you look behind your or to your right you can see the top scores between your friends and in the world; while most games may just expect you to focus on looking forward, Holoball also features cool set design when you look around.

I didn’t have a problem with motion sickness at all from what I played, my only issue was that it was so full on and tiring I had to crack a window open in the winter weather to give myself a cool down. This game, if you don’t find a way to play while being lazy, is a great way to be immersed and feel like you are actually putting effort into the shots you make; or you could just go outside and play some real tennis, but that’s not really as cool as VR… You’ll also need a fair amount of room to do this, but once you’ve figured that all out you’ll be having lots of fun with Holoball. 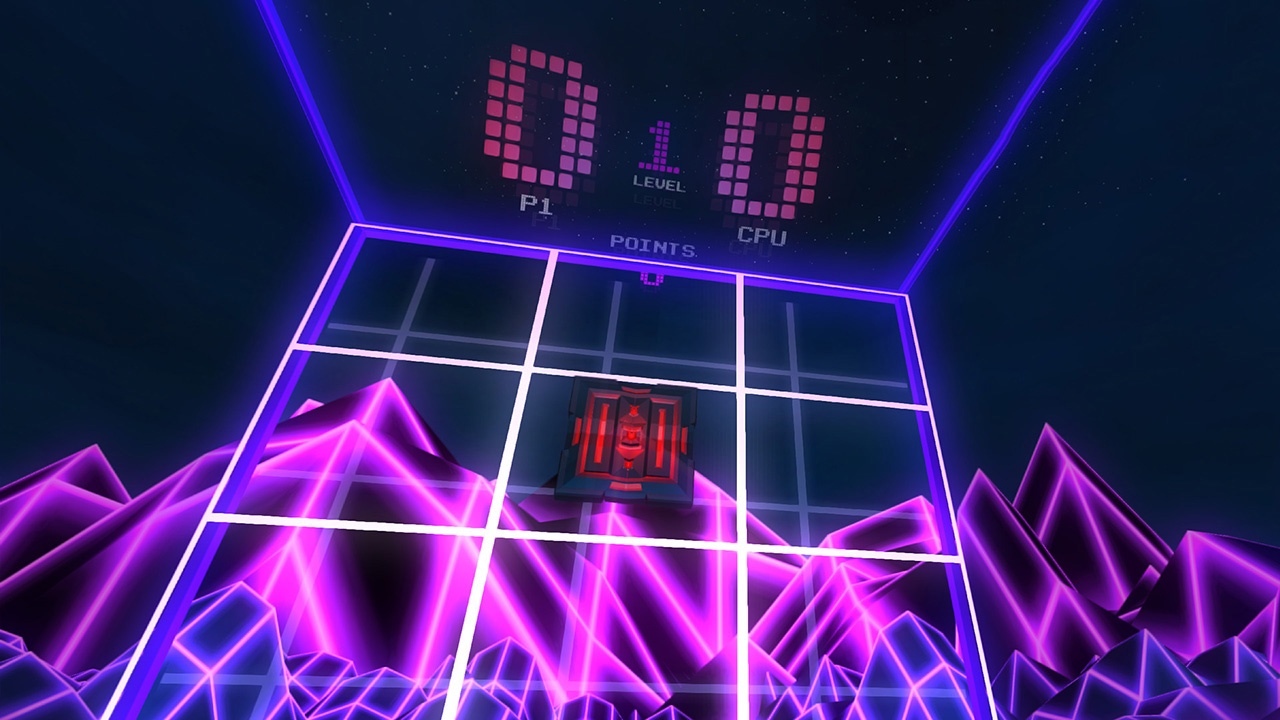 At times it was difficult to easily aim the ball where you wanted it to go, but I don’t know what I was expecting from my shoddy tennis skills anyway. Another word for the wise is that you should limber up before playing, as my arm was quite sore afterwards; but then maybe because I never leave the house.

Overall, Holoball is a VR experience that is without a doubt worth having if you’ve got the space and equipment to play it. And with multiplayer on the way this is something you’ll want to practice, multiplayer is apparently currently in development and I personally cannot wait. So if you want to get closer and closer to the future by playing a VR tennis game with people around the world then Holoball is the game for you!