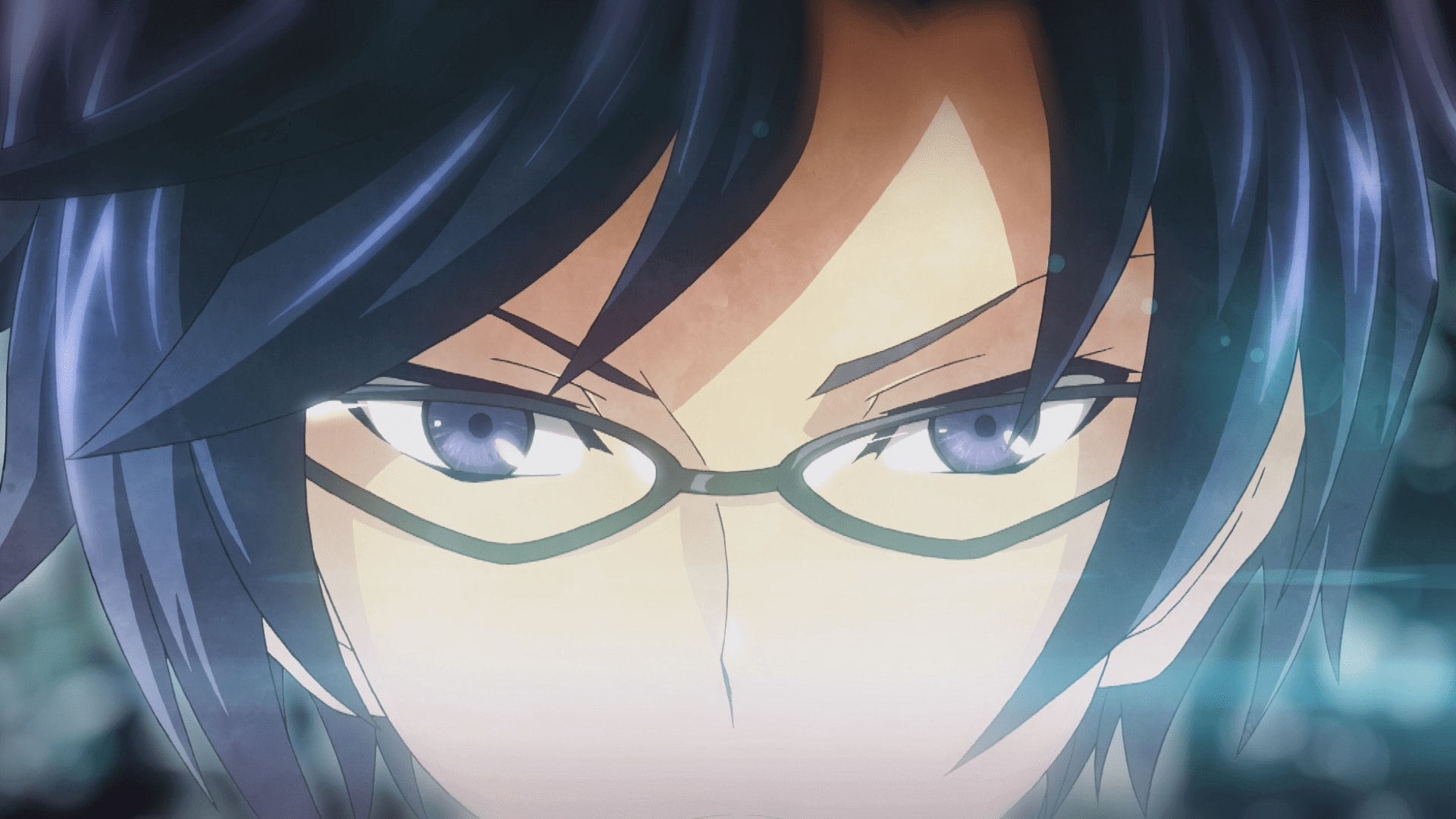 Chaos;Child is a visual novel by 5pb the development team behind Steins;Gate–one of my favourite VNs of all time–and a collection of four other visual novels, each falling into the science fiction genre. If you enjoyed any of their other work, know that you’re in good company with this latest installment. There are plenty of dark and violent themes here and the game’s “psycho-suspense” elements are not for the faint of heart. You have been warned.

This is actually my second foray into the Science Adventure series and, though I didn’t play the game that directly preceded it, Chaos;Head, I didn’t have much trouble keeping up with Chaos;Child’s bizarre universe. I’ll only talk about the story in broad strokes as to avoid spoilers: it’s set in a newly rebuilt Shibuya, risen from the ashes after a catastrophic earthquake leveled it 6 years prior. This natural disaster is thought to be artificial in nature due to a strange event during: a flash of white light, seen by too many at the time to dismiss as rumor. In its wake also came a state called “chaos;child” during which youngsters who had previously been well-mannered became wild and chaotic.

Naturally, that’s not the end of the strange developments in Shibuya.

Takuru Miyashiro, our protagonist, is the president of his school’s newspaper clubs, which is for whatever reason investigating a series of 14 brutal, not to mention creative, murders and suicides that happened between September 7th and November 4th known as “New Generation Madness.” These killings, which happened the year before, seem to be being mimicked and it’s up to some high school kids to get to the bottom of things where the authorities could not. While the plot isn’t holy original, the developer got very creative with the why and the how.

There’s a healthy amount of blood, gore, and bizarre/disturbing descriptions of violence in Chaos;Child, so enter with caution all those who are squeamish.

The game is split into 10 chapters and has several different endings based on the game’s positive and negative delusion system, which has you tweak the reality of the main character during specific events that allow it, changing the way he looks at the world as well as who he does or doesn’t trust. Assuming you’ve completed the game at least once, anyway. During your first playthrough, you’re required to stay the course of the main narrative and the delusions are nothing more than daydreams. 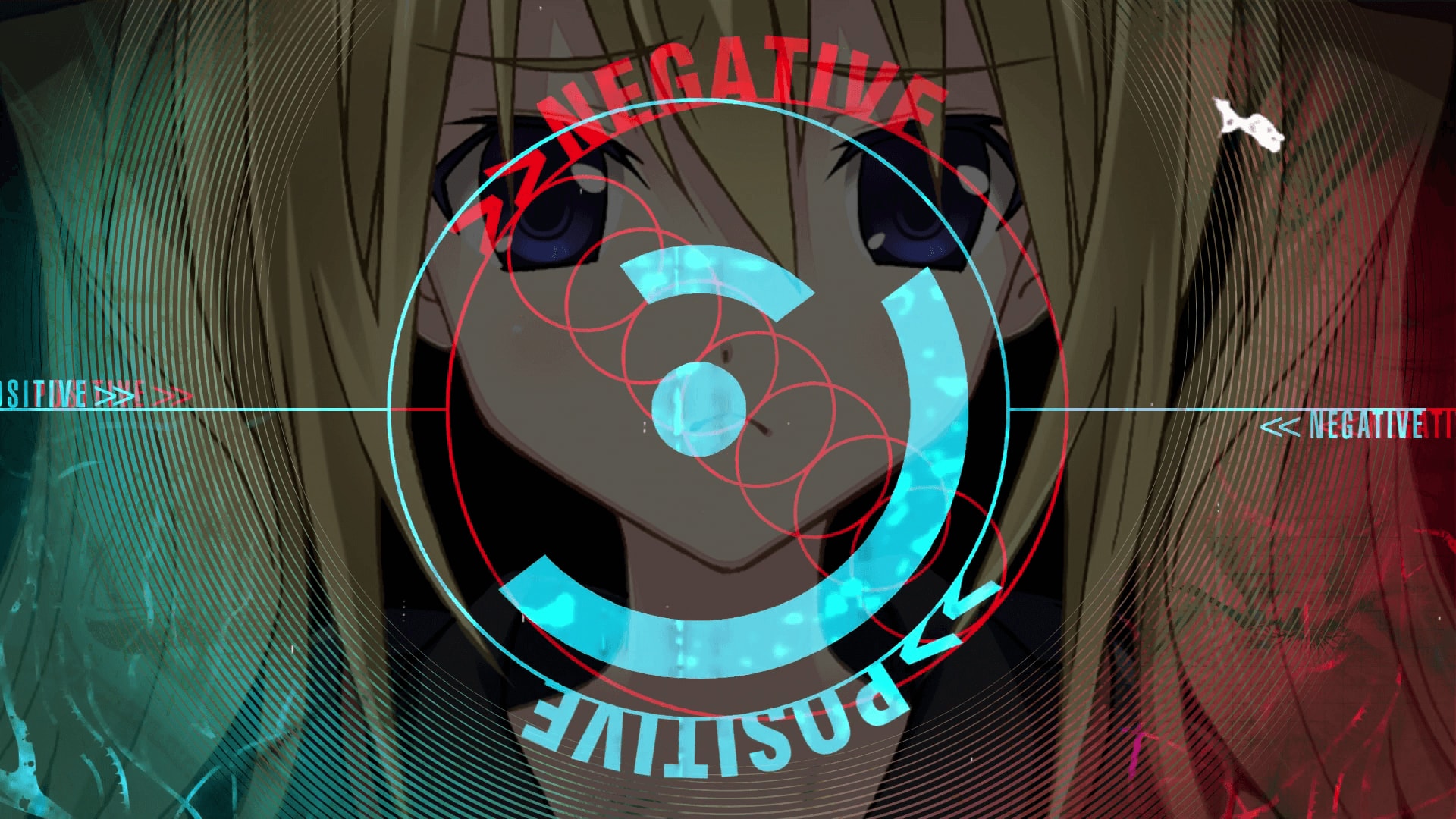 Characters dialogue is voiced though narration is not. Characters are represented by avatars from the waist up, drawn in anime style. They change expression according to what’s happening, but are otherwise motionless over a static background. Background music and sound effects punctuate specific moments, effectively creating tension, unease, elation, and even fear based on what the character you’re currently dealing with is feeling. It makes for a strong atmosphere, drawing you in deeper and keeping you there. You develop a connection with characters, as a result, and that makes it all the more difficult to disengage. Even when I wasn’t actively playing, I found myself thinking about how events played out and what I could have done to change their outcome.

On that note, the writing is well done and I only found a few instances of awkwardly translated writing. Even if you don’t pursue every ending (and you really should), this is a meaty visual novel that will take you a few tense, nail-biting hours to complete.

You can save at any time, which is standard for the genre, and there are multiple files so that you don’t feel pressured to stick with one possibly fatal decision you made post-save. There are also a ton of options to customize your reading experience such as text speed and volume levels for individual characters, which is great–especially if there’s a voice actor you don’t care for. The voices are only available in Japanese.

Subsequent playthroughs are made convenient with options to skip text that you’ve already read (though you can skip through all text if you so wish to) and these little details make the game very accessible–assuming you can stomach the gore and mature themes therein. There’s also a nifty glossary that explains all of the made up places, services, and the like which can be accessed at any point in case there’s something you don’t understand.

For trophy hunters out there, this game’s platinum will require a minimum of three playthroughs with some careful saving, but nothing too strenuous. There are helpful guides online, but I’d advise you to play at least your first time through on your own to make the most of this purchase. 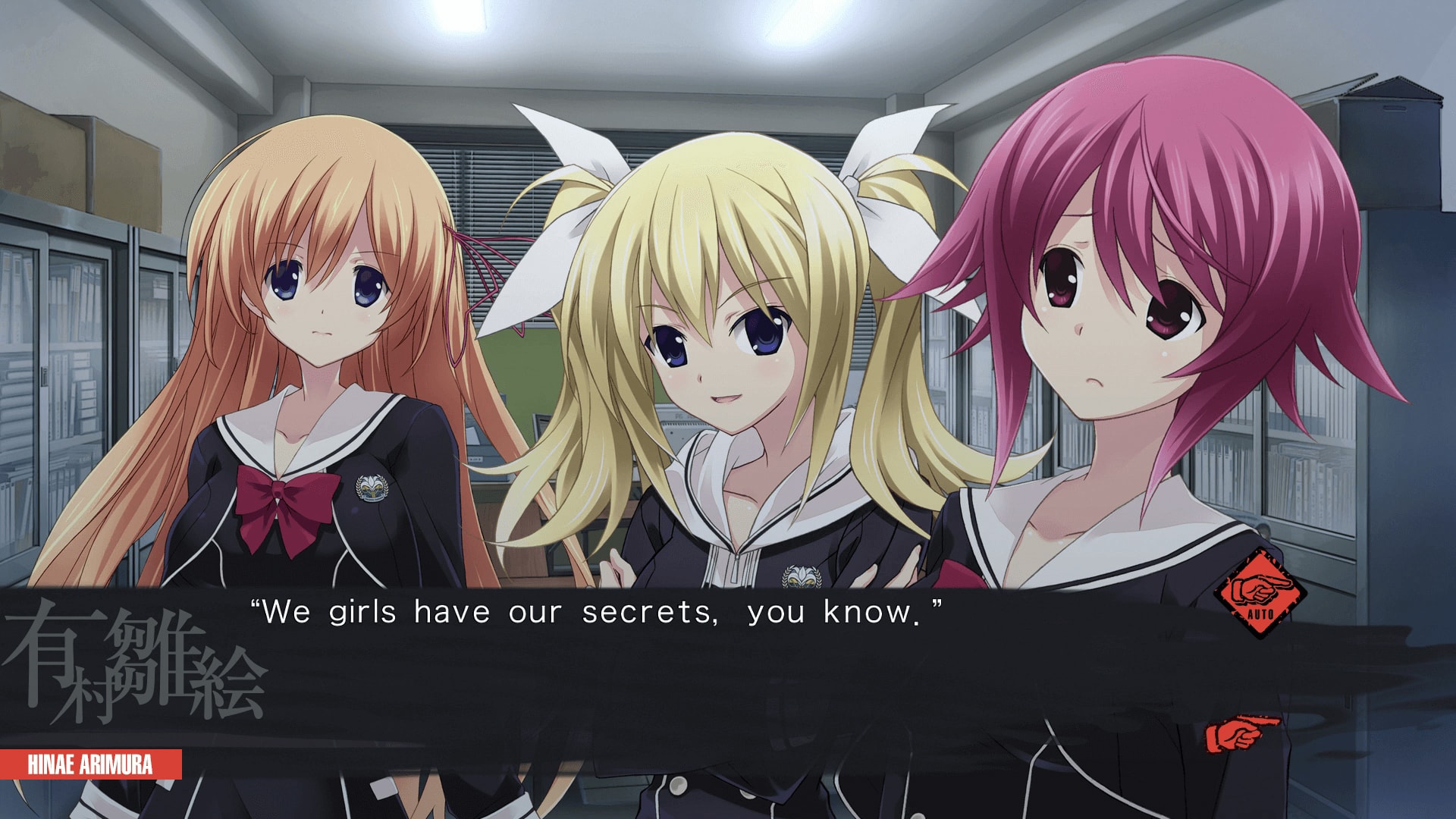 Masterful presentation of cause and effect. There are no loose threads here–everything is explained sooner or later.

The game is rife with “OH!” moments when the pieces all fall into place and that is incredibly satisfying.

Sound effects and BGM create a fitting atmosphere whether you’re reading about a normal part of a school day.. or about a brutal murder.

If you’re easily weirded/grossed out, this may not be a good choice for you. Chaos;Child takes its M rating seriously.

The positive and negative delusion aspect is never introduced formally–it just appears on screen. It’s also available from the beginning, but only gains the power to change your route if you’ve played through the game once.

Could stand to be a bit less convoluted. Chaos;Child has so many balls in the air, sometimes dropping just one leaves you at a loss if you take a long enough break.

Chaos;Child won’t be for everyone. I for one had to take a happy thoughts break every so often or I actually started feeling queasy during some of the more horrific scenes. If you’re into mysterious and macabre murders, you’re in the right place. The story is worth a read (or three, of you want all the endings) and the presentation is strong, building up suspense and tension as you progress. It’s a shame that alternate endings aren’t available to you right away, but if you can look past that drawback, you’re in for a wild read.