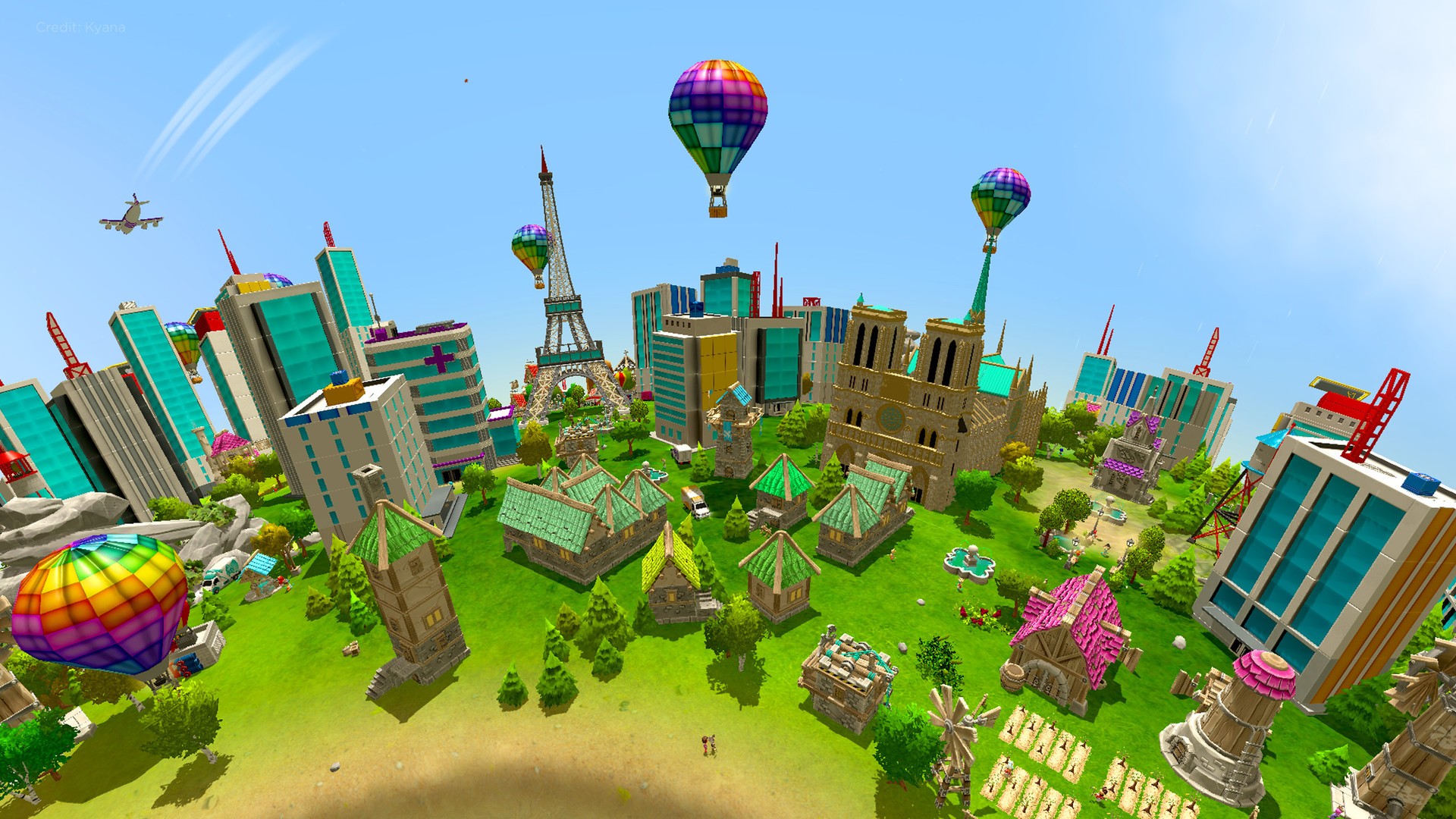 The Universim is a game where players get to play as The Creator, the one who made the Big Bang happen, but also the one who just settles by overseeing the lives and progress of just one civilization in just one planet, the Nuggets. It’s the player’s job to make sure that these little fellas survive all the way from the Stone Age, up to the Space Age, by making sure that they build the required infrastructure to sustain their incessant need to constantly reproduce and expand. Well, at least that’s the idea once the Space Age is released, as this is the only Age that is missing from the game at the moment. Right now, there isn’t really that much stuff related to outer space for you to see.

Before the most recent update that pushed The Universim into a Beta stage, it had been a long time since I had last heard about it. In fact, I remember it very clearly when a friend of mine sent me the announcement trailer for the game during Universim’s Kickstarter campaign, all the way back in May of 2014. Yes, it has been almost 6 years since then, I couldn’t even believe it when I checked the calendar. The original trailer looked great, as the game promised to deliver a lot in a genre that had pretty much died, the God Game genre.

Now, fast-forward all these years and we arrive at a stage where the game just hit Beta, whatever that term means nowadays. However, the question we all want to know the answer to is: “Is the game any good?”. Well, it’s complicated. The game has a lot going for it, but despite everything that it does right, there are a few key issues that need to be addressed.

The Universim has the core aspects of most management games, although it might seem to do a lot of unique things at first. If you’ve played these types of games before, The Universim will feel very familiar. In the beginning, you will be helping the few Nuggets in your settlement to survive by building things like wells and fishing for food, but as you research new technologies things will quickly change and you will need to adapt your settlement accordingly, until everything comes to a halt, but after some more time things will start changing again once you research another major technological improvement. 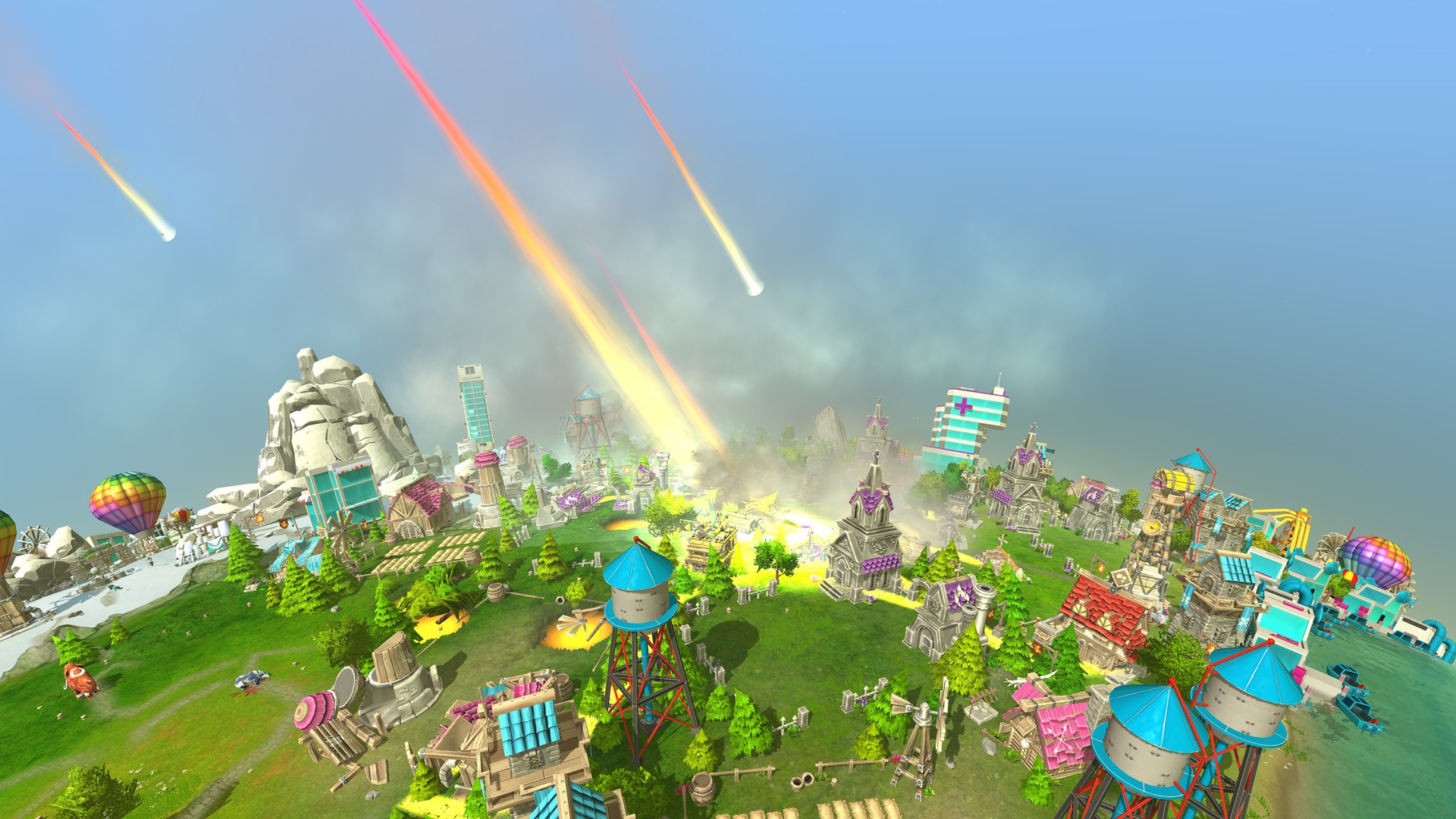 This is where one of the biggest issues of The Universim lies for me. Research in this game is done in real-time, and even though you can speed things up to 1.5x, the game still feels extremely slow, with a lot of downtimes. There were a lot of times where I would just be doing something else while the game was running. This is only aggravated by the fact that the research tree is vast, with all sorts of technologies scattered throughout the ages. Still, another problem is that the game doesn’t force you to choose a research path over other (except for three times which just force you to choose one research over one other), you can simply research everything, so once you’ve played through the game once, there is barely any reason to replay it at the moment.

With that said, going through the entire journey at least once can be quite enjoyable. Whether you’re figuring where to build new facilities, like schools or resource production buildings, or if you’re just adding up new buildings to increase your surplus of water (as bodies of water freeze and you can’t extract anymore) and food to endure the Winter, managing and expanding your civilization is great. Making use of your powers is also pretty neat, as not only you can heal them, repair buildings, or fill up dried lakes with water, but you can also make meteors rain down on the planet or summon fires. Depending on how you use your god-like arsenal, your nuggets can worship, and you’ll passively generate the required points to invoke these powers based on the number of believers that you have. In any case, you can always sacrifice some poor nuggets at a temple that they erect in your name.

On top of that, there is also a big gameplay element in Universim that really defines how you play the game, and that is how the environment reacts to your actions. Certain buildings not only affect your nuggets’ happiness, but they also affect the environment, which in the case of this game, this translates to the quality of the planet’s. The number of trees that exist in your planet also has a role to play in this, even though you can quickly counter that by using your god-like powers to plant hundreds of trees at once. With that said, having a planet with average oxygen quality or less is undesirable, as nuggets will often get sick and die. While this mechanic is present pretty early on, it only starts making a huge difference once you start building more advanced buildings, and if you’re not careful, you’ll suddenly find your oxygen quality quickly declining. 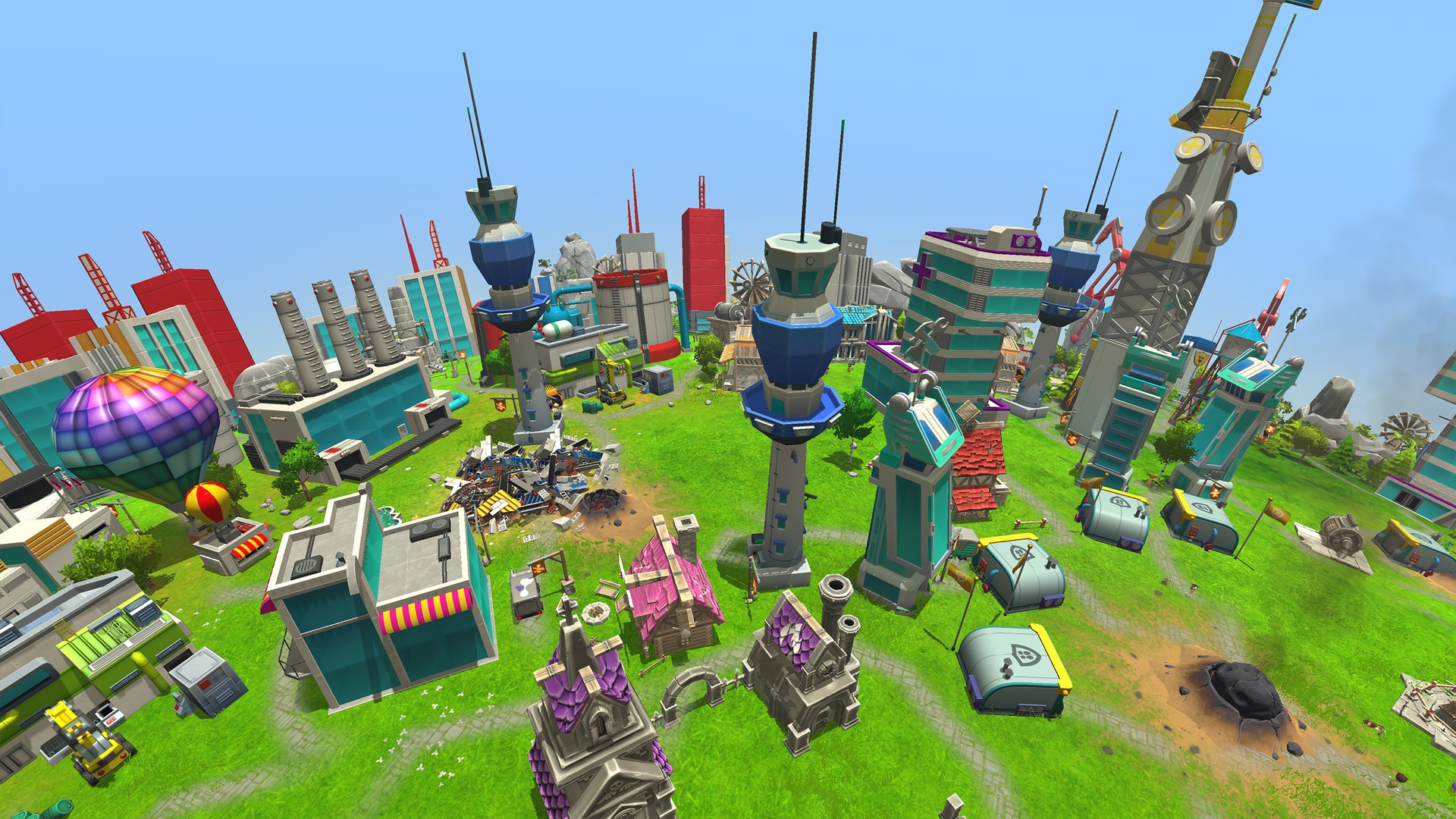 Besides what I’ve mentioned previously, some other of The Universim’s strongest points are its charm, the little things, the attention to detail. Things like the small quests given to you by nuggets during the early game almost help to form a bond of sorts between you and them, but it’s a shame that these are short-lived and don’t focus in establishing a dynamic narrative based on your actions. The fact that you can influence elections to gain some small bonuses is also a nice little touch, as is the fact that you need to have a historical archive active in order to save the game. Furthermore, being able to zoom out until you see the entire planet, and then zoom in until you can see every detail of every building and every nugget going about their own lives and duties gives you a great sense of scale.

Nonetheless, despite everything that I like about Universim, it does suffer from some key aspects. Things like Nuggets constantly building homes wherever they see fit, which can really hurt the planning of your settlement’s layout. In turn, this makes it so that they will gladly expand beyond your “border”, which might just be outside the range of your defensive towers that are the only thing protecting your nuggets from ravenous wolf attacks. Also, going back to the topic of the research system, once you research a building upgrade, the game doesn’t allow you to build previous versions of that building, so if you do not have the resources necessary to construct those new highly advanced buildings, you can find yourself in a pretty tricky spot in terms of logistics.

There is also another thing that I wish the game would be improved upon, and that would be the sound design. There are sound effects for a lot of the things going on, and while the narrator does an excellent job whenever it does speak (which is sadly very rarely), the game does feel a bit dead in terms of sounds. However, visually the game is very lively, seeing every nugget move around, each playing their own little part in the grand scheme of things, it’s very pleasing to the eye.

I must admit that, while I was having a lot of fun during the first couple of hours, the magic quickly faded away, as I soon found myself just staring at the screen, waiting for time to pass by without anything to really do other than to keep an eye out for any storms or attacks that would come from time to time. I like the premise of The Universim a lot, and the game can be quite engaging, but at the moment I still don’t think it’s quite worth it. Maybe this will change during this year if the team over at Crytivo manages to push forward the 1.0 version in 2020. Maybe the Space Age will change things. Until then, if that time ever comes, I suggest you look elsewhere for your god gaming fix.