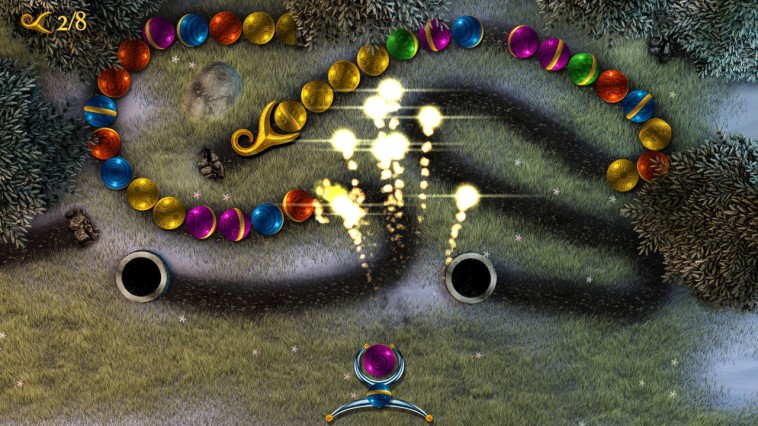 We’ve taken a lot of views at the different games that 10Tons Ltd have put out onto the Switch, from heart-hammering shooters to light and whimsical spelling game, and we’ve especially taken a good look at their ever expanding puzzle selection. Sparkle 2 was a surprise enjoyment that took the quality of Zuma and combined it with a mystical storyline. Far from trying to capture lightning in a bottle twice, the 10Tons folk decided to keep only a few elements together as they moved into the sequel, Sparkle Unleashed, which is now also on the Switch.

First and foremost, if you were (inexplicably) attracted and stayed with Sparkle 2 due to the fantasy storyline of magic and natural druids, then good news, you’re in for another treat. Sparkle Unleashed continues in that same vein of ideology, but, despite the title, is neither a sequel nor a prequel to the first Sparkle game. Here, there is some kind of dark magic afoot that has choked the life from the planet and seemed to stop time and nature itself. You, a lowly wizard, must seek out the source of this madness, gaining knowledge and power along the way to what could ultimately be a great showdown of magics and sorcery. Or, you know, more ball shooting. We’ll see what the future holds. 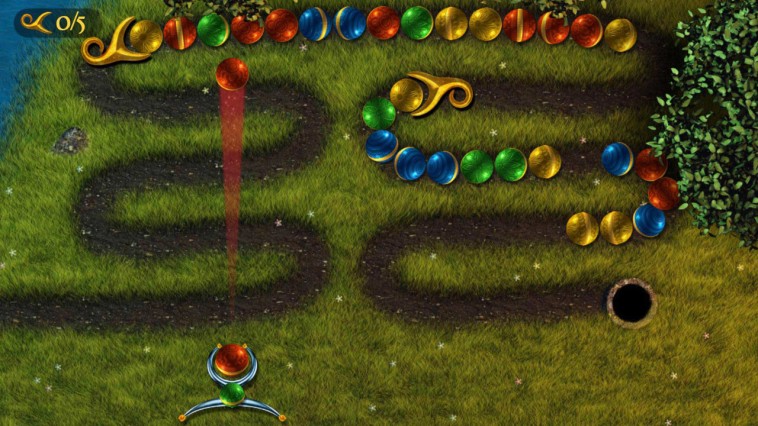 This is where things start to get tricky. At the very, very root of the game, Sparkle Unleashed has the same idea as the first Switch Sparkle, but there’s a massive difference that may affect a player’s overall interest in the game. You’re still matching three orbs in order to create an elimination reaction, nothing has changed there. And there’s still specialty affects that appear after a good chain of matches, such as a firebolt that destroys any one orb, or a frosty freeze that slows down the progression of the winding snake. But the launcher is no longer in a fixed position: rather, it moves left to right across the bottom in a very Arkanoid sort of way. This inherently changes the strategy entirely, since Sparkle 2 was all about angling from a pivot and doing your best to nail the shot. Here, I would argue there’s much more versatility in mobility, and this works and doesn’t work at the same time.

On the one hand, being able to move freely makes the opening shots of Sparkle Unleashed all the more important and also more accurate. If a player has a bit of experience with the game, the early stages are an absolute breeze, and you can basically take out the first coil of orbs without even worrying about screen jamming. Additionally, you are still able to swap orbs (usually just two to decide between) and this can create furious combos that you couldn’t necessarily get in the original. For match 3 fans, this is a serious game changer and could, initially, pollute your overall perception of the difficulty of Sparkle Unleashed.

However, on the other hand, you quickly see that the key level design of the Sparkle games have not changed in order to accommodate this new firing style. That is to say, each of the chutes that the orbs follow along tend to be twisting and serpentine, with plenty of underground tunnels to temporarily give refuge to the orbs from your assault. Now you’re left in a pickle, as you realize you can only fire in a vertical, straight line, and you want/need to create a good angle in order to strike at the elbow of the chain, but you simply cannot. The game has now shown a life of its own, and you have to rethink your entire approach to making the matches. And this is what makes the game pretty damn interesting, and also deserves a bit of recognition on the part of 10Tons. As much as I love classic puzzlers like Tetris, the formula is mostly unchanged on the successful games, and the variants (Tetris Blast, for example) feel incredibly wonky in comparison to the original formula. But, by simply swapping one movement pattern for another, you get a brand new take on the Sparkle experience that could either be a huge hit or big miss, depending on how set in your ways you are. 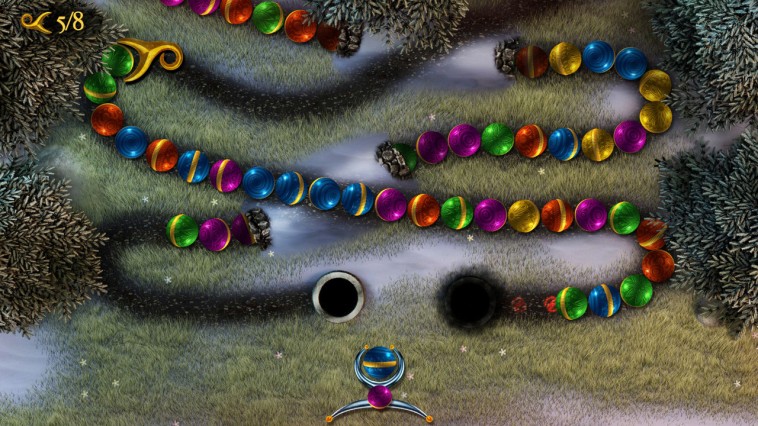 And if you decide you like this style, then Sparkle Unleashed has a plethora of levels for you to experience. Every four levels or so, you’ll unlock a new powerup that gives wild changes to the game, from massive orb destruction to color change at the drop of a hat. These powers are never totally necessary, but are incredibly helpful and I never ran into one that I said “damn, this again?” Additionally, due to the huge map and sprawling setup, you’ll have hours of levels to explore, and it’s worth nothing that Sparkle Unleashed is one of those great “pick up and play” type of titles. I stopped in mid level as I was falling asleep last night, picked it up later the next day and just jumped right back into it. There’s enough forward action to keep you engaged, but not enough that you feel stressed trying to remember what you were doing before the pause. Oh, right, I was matching orbs.

Sparkle Unleashed is a fine sequel to Sparkle 2, and performs relatively well in terms of a sequel. Just as a personal preference, I liked the style of Sparkle 2 better, so, if you’re a classic Zuma fan or even Bust-A-Move, you may feel Unleashed has a bit of oddity to it that doesn’t quite sit right with your mental alignment. But, if you just enjoy a good match experience, and don’t mind a lot of flowery framing, then Sparkle Unleashed is a great addition to the treasure trove.