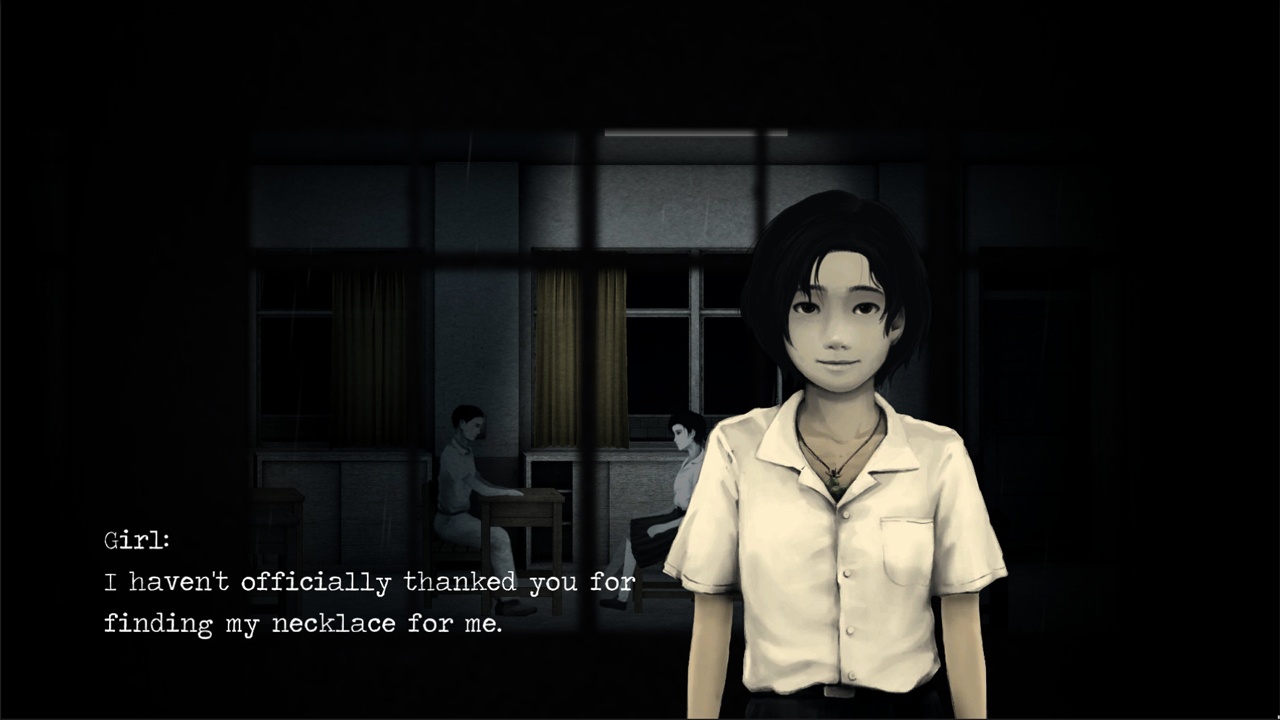 Human beings are finite creatures who cannot and will not ever learn every single goddamn thing ever. It’s a fallacy that we should have all come to terms with somewhere around elementary school when a friend let us know how kickass Terminator 2 was and how lame we are that we haven’t seen it yet. By the time you got around to seeing it on VHS, he was onto Bloodsport, and then you realized you were never going to be on the level with this kid because, hey, you had a bedtime and parents who weren’t irresponsible (I was eight years old, Trevor, I shouldn’t see a man die!). History is no different; there are tomes upon tomes that detail and outline the triumphs and tragedies of the human race across the globe from times you can’t imagine to deeds you can’t fathom. So I don’t feel bad when I learn about something else that happened in my lifetime that I was unaware of, but that doesn’t mean it’s ok to pretend it never existed. Sometimes the best way to learn is against the backdrop of a game, and, for better or worse, I picked up a bit of uncomfortable knowledge during my play through of the cult horror game Detention.

Detention takes place in Taiwan in the mid 70s, in the middle of an event known as the White Terror. This darling title is given to the period of time where Taiwan was under martial law and thousands of citizens were imprisoned, executed or otherwise “spirited away” under suspected anti-government actions/thoughts. This is already a pretty screwed up concept, but Red Candle, the developers, decided to use this as a catalyst for their horror game, so buckle up, because shit’s going to get much worse. Set in a school that’s clearly under massive stress from being constantly investigated for potential communism or anti-government ideas, we follow Wei out of his classroom, which he’s fallen asleep in, to discover he’s in the middle of a goddamn typhoon and needs to get to safety. On his way out, he finds Ray, who fell asleep in the auditorium, and together the two attempt to get out before the storm really hits. This setup very quickly and abruptly gives way to the true nature of the game, and this is where the horror really sets in.

Detention is a 3rd party, side-scrolling adventure, for lack of a better label, but it’s almost like a point and click game brought down to a different interface. You have to find your way around the different areas of the school and beyond, examining items and scenery for clues, finding items that interact to move forward, and generally solving puzzles that aren’t really that difficult. One of your first is to open a metal shutter that’s been closed (because, you know, typhoon) and you find the handle for it in the only door that opens. The purpose here isn’t to bewilder or otherwise get the player hung up on puzzles or logic or riddles: the game is far, far too interested in traumatizing the ever loving hell out of you to do that. 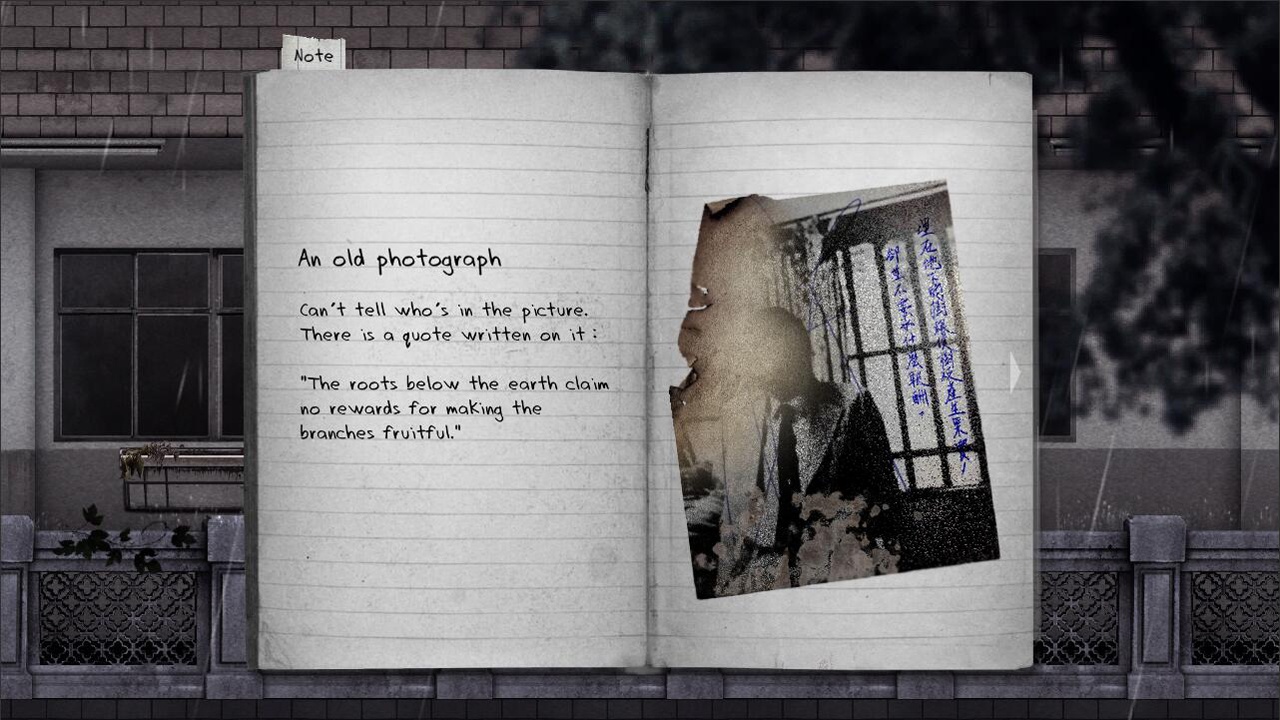 One of the first things you’ll notice (and will unsettle you) is the art styling of Detention and how everything is presented. I’d like to compare this to another horror game that’s recently hit the Switch, Coma. Coma, by comparison, has recently had its graphics overhauled and is done in a distinctly “anime” style that gives the characters a lot of depth, color, distinction and almost life, despite the terrifying setting. In comparison, Detention seems washed out and ghostly from the very beginning: the splashes of color are meant to stand out and glow, attracting the eye even if you don’t want to look at them. The way every person is drawn comes across as gaunt, not malnourished, but unnaturally thin and skeletal. Even their movements are stilted and broken, moving forward in a way that’s uncanny valley, almost human but not. It’s amazing that the least creepy part of the game, the introduction, still sets your hair on end as the minimalist soundtrack and imposing visages are lined up to prepare you for horror.

After you get a feel for how the game moves, Detention never really slows down or speeds up. There aren’t many moments when your character will move faster than a walking speed, because everything is unhurried, despite the pressing, awful atmosphere. You’ll discover plenty to write down in your notebook as clues as to where the others have gone, what is happening and what you need to do next to continue forward. Far from many PnC adventures, Detention allows the player to minimize backtracking as long as they do a good job of investigating areas thoroughly the first time through, which isn’t hard: interactive icons (magnifying glass, eye, etc.) pop up over everything you can use, so why not hit it all? And, because there are multiple endings, it’s important for the player to do a little exploration if they want the true and sincere ending that doesn’t leave you feeling worse than possibly imagined.

Now, the scary stuff. Detention isn’t big on jump scares, and I really appreciate that. It’s easy to use violin cues and things popping out of boxes to create primitive reactions and then giggles because it’s only a game, but there’s something about a good atmospheric horror title that is often overlooked and underappreciated. Detention is something, from start to finish, that doesn’t feel right and only confirms those suspicions the further along you move. Using stills and flashes of actual photographs from history, you might feel revulsion and genuine disdain for the things that Detention shows you, but remember that, as much as this is a ghost story, this is absolutely cemented in real life history and events that came to pass. The imagery of high school students with bags over their heads, chained to walls is deeply disturbing, but that was the fate of an untold number of people who did nothing more than live their lives. These already terrifying ideas are now mixed in with supernatural influences, and nothing on Earth can beat a good Asian ghost story. The appearance of shrines that have been perverted, blood that seeps from walls and disconnected, lost spirits only adds to the horror. Detention, in it’s presentation, holds the crown as the biggest bait-and-switch in terms of what I expected the game to do and what it ended up doing, and there wasn’t a goddamn thing I could do about it. 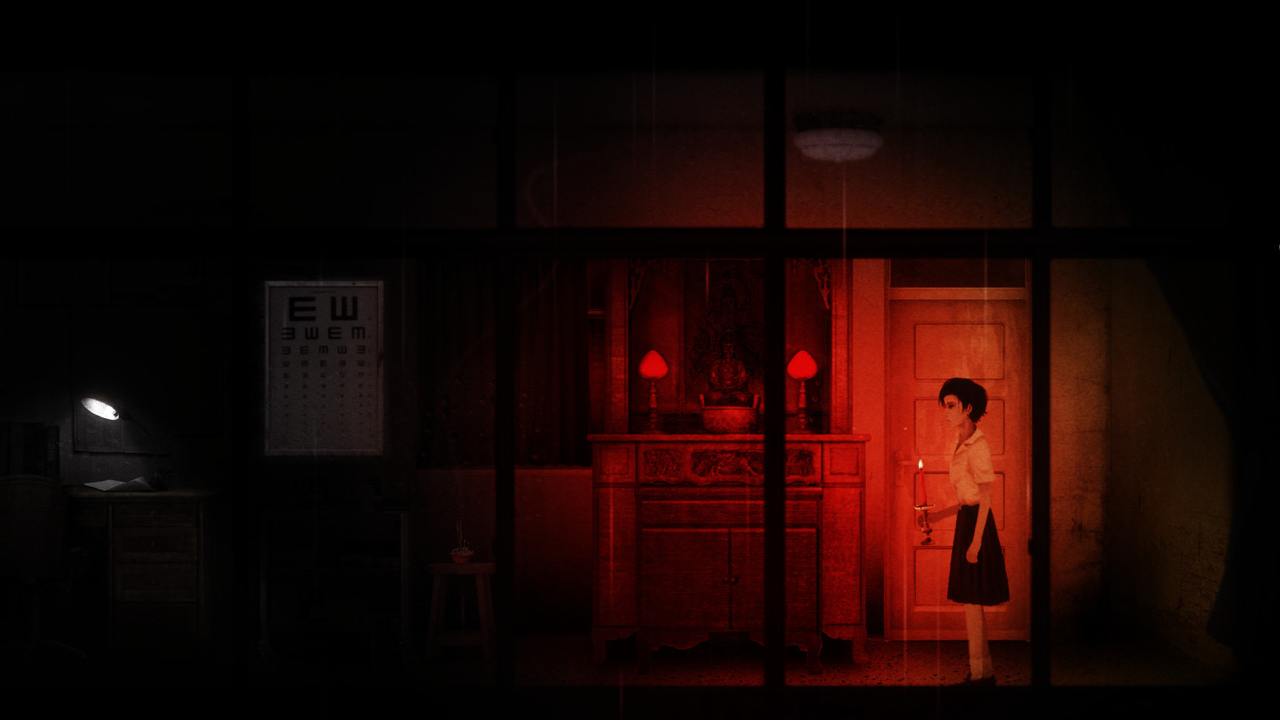 For fans who’ve already endured Detention on the PC, I’m sorry to report there isn’t anything that’s new or particularly special to justify double dipping for the Switch. It’s a double-edged sword in this new marketplace: on the one hand, it may have seemed spiteful to the long-time fans to bring a second story or a re-duxed world exclusively to the Switch. On the other, having nothing new in this console port other than actually being on a console might not be enough to sway people who’ve heard about this game before, although, I must say, having Detention in a portable fashion makes for new opportunities to enjoy this tale anywhere you go. Before, being tethered to a computer kind of ruined a full immersion that is now possible with the mobility of the Switch. Can you imagine some poor group of kids who decide to bring this with them and play it at their school after dark? The nightmares would be endless.

All in all, Detention still holds up as one of the most impressively horrific games that I’ve ever played, both in terms of teaching me things I didn’t want to know (but needed to) and by creating a memorable experience and atmosphere. Playing and receiving all endings is a sure-fire way to understand the dichotomy of the era of the White Terror in full, and will certainly resonate with a player long after they put down the controllers and reflect on the meaning of love, betrayal, and what it means to truly be free.