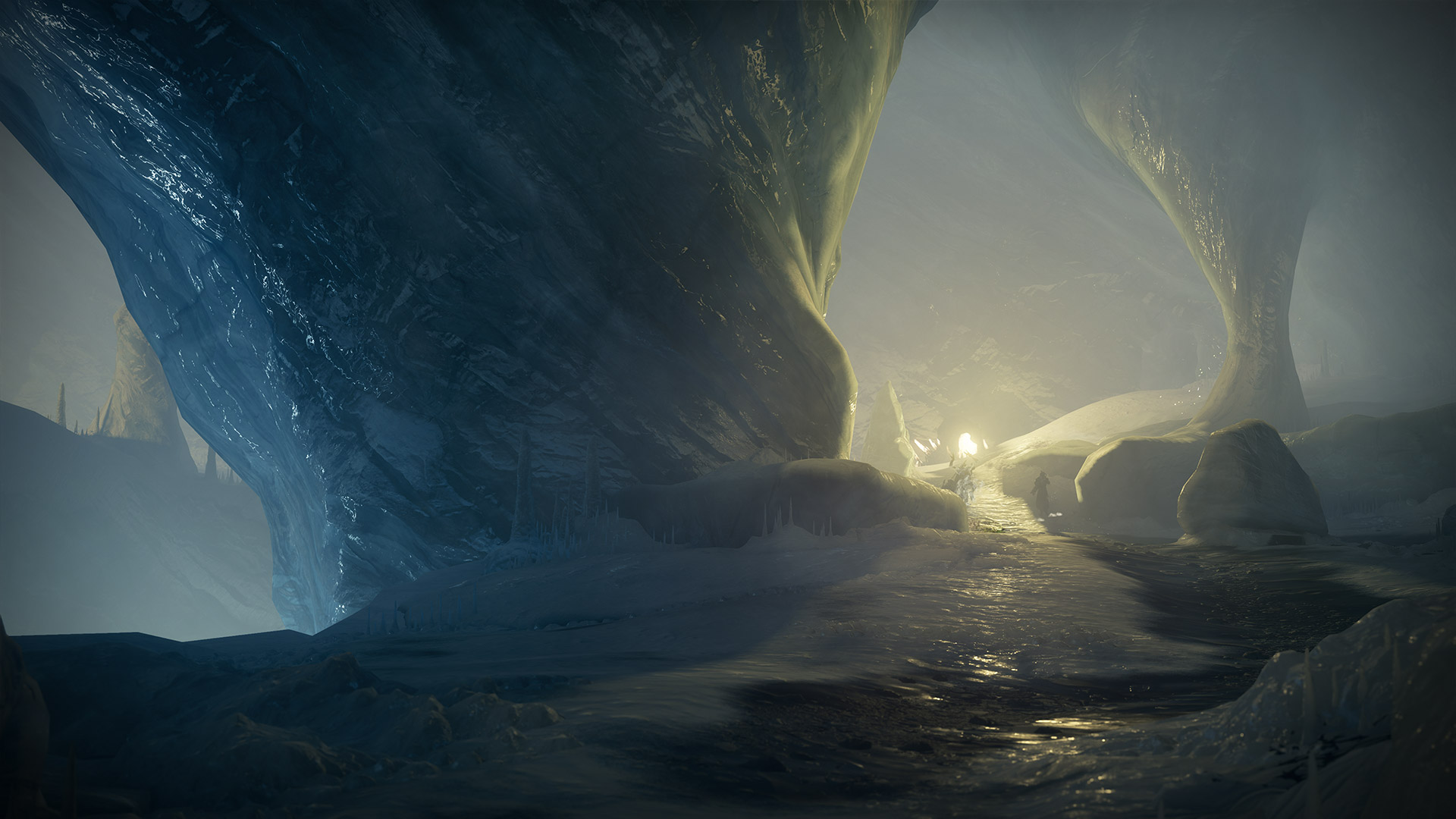 Destiny 2 has seen a lot of bad press over the 8 months it has been out. Most peoples (including me) biggest issue was the lack of endgame content. This drove many people away in search for another game to fill the void Destiny 2 had left. Skip forward 3 months when the first of two expansions came out, Curse of Osiris. While having quite a compelling story in my opinion, the endgame content was still lacking and it seemed that Bungie just wasn’t listening to the community. Here we are in May – 5 months after expansion 1, and 5 months since I had last played Destiny 2. Expansion 2 titled Warmind, had a lot of promise. It followed the legendary warmind Rasputin, who was in Destiny 1 and had a lot of lore that could have been explored. It also said to be returning to Mars, which was a playable location in Destiny 1 but was absent from Destiny 2. For ease to the reader I will refer to Destiny 1 and Destiny 2 as D1 and D2 respectively.

The story opens with your guardian responding to a distress signal coming from mars. It is revealed to be coming from Ana Bray who has been trying to reconnect with the Warmind, Rasputin. While the 2-hour campaign is quite compelling, it was too short! A friend of mine said that the whole campaign could be a raid – which isn’t a good sign for a whole story. The story hits some good beats with a new javelin weapon granted to you by Rasputin which works very similarly to the axe from the Rise of Iron DLC in D1. The “big bad” of the story is Xol the worm god (which is essentially a big worm). If you are really into Destiny lore, you will love this part. Me personally – I have only really looked at the story of Destiny from a casual player. The worm gods were teased in D1 and were told to give the Hive their power, so it was quite cool to see one, and kill one quite easily. One gripe I have heard from a few people is the fact that before you meet Xol, you have to battle Crota’s little brother Nokris, who was first mentioned back in Destiny 1’s The Taken King expansion. He’s the runt of Oryx’s litter – and so it makes sense he’s somewhat easier to kill than Crota here. But even typing that feels wrong. Having Crota’s little brother be a little boss that I didn’t even realise who he was until after, was a missed opportunity. He could have easily been a raid boss or at least a raid lair boss. I could dive into more of the lore points (there are a tonne!) but I wouldn’t be able to do it justice with my knowledge – or lack thereof – with the vast Destiny universe. Even saying that is a very big plus for this expansion. Destiny has a stigma around it when it comes to storytelling, so to have an expansion have an abundance of lore and feature multiple characters from D1 was surprising to say the least. But going back to the main concern from the story – the fact that it could all be made into a new raid (and quite a good one) with Xol or Nokris being the end boss. 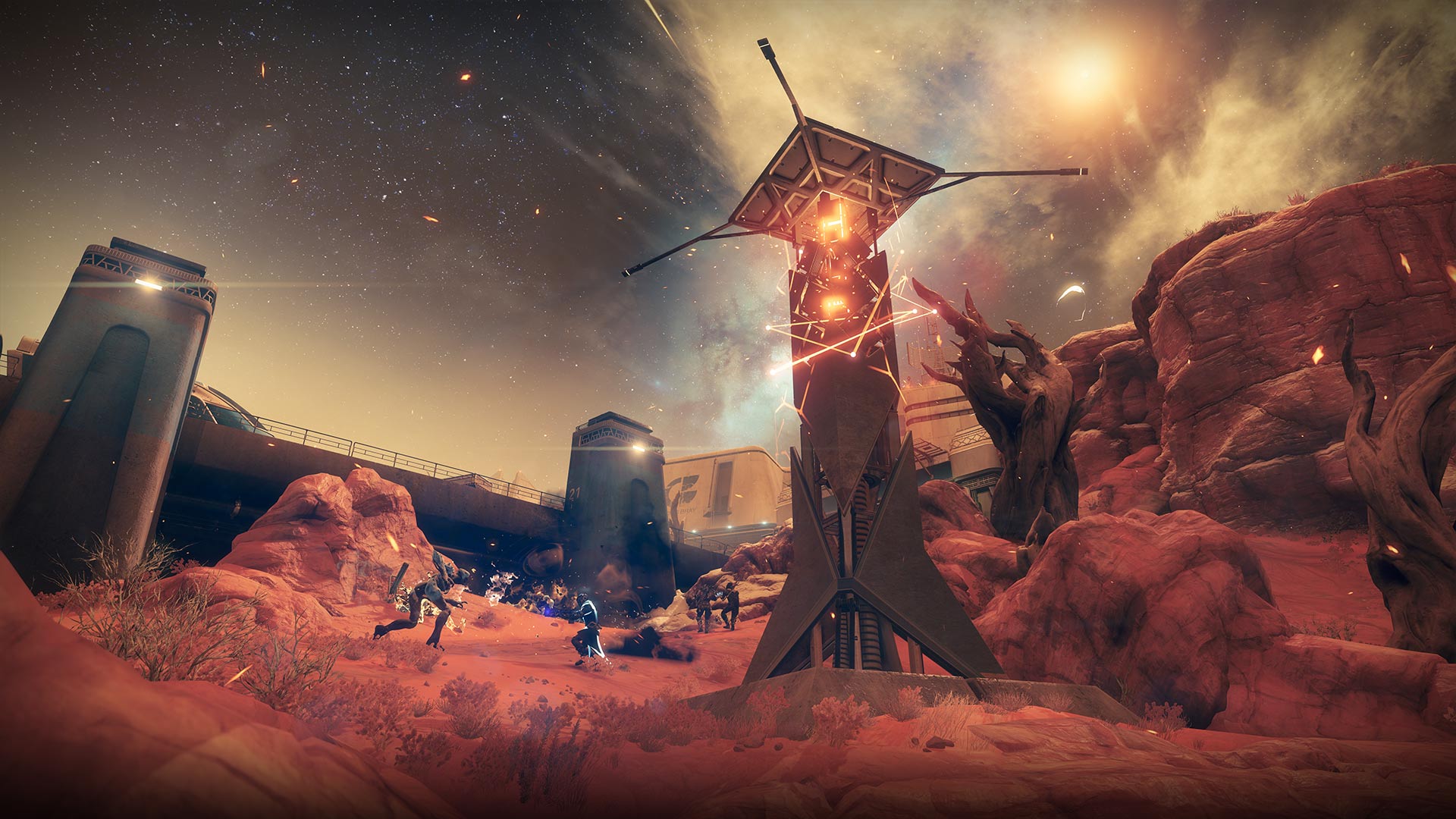 Speaking of raids, Warmind has a new raid lair releasing in a few days from writing this review (11/05/2018). I will say this now; I have never been a fan of the raid lairs compared to the full-blown raids. Sure it is kind of another raid, but it isn’t really what I was expecting when I first heard it. The new raid lair is called Spire or Stars, and from rumours, it is about the Red Legion again… the main force from the base story of D2. I was expecting a hive raid lair since the whole expansion is hive based, but I guess we have more waiting for that. Complaints from D1 was the fact there was no Cabal focused raid, and now we have 3.  Little to no info has been shared about this raid lair, so until it is released, there isn’t a lot to say about it.

Now. The biggest question for me. Are there any endgame activities? Yes, if you like grinding. So much grinding! Escalation Protocol is a new public event type activity that has you killing hordes of enemies while on a timer similar to Court of Oryx, Prison of Elders and Archons Forge from D1. It has a recommended light of 370, so right out of the gate, it is something to aim to finish with a bit of grinding. The fan favourite exotic from D1, the Sleeper Simulant, has made a return after a pretty lengthy questline which has you killing enemies with precision shots, collecting Sleeper Nodes and completing heroic strikes (which are now at 350 light and have modifiers). The Sleeper is basically the same gun as in D1 with one major exception – bullets that hit solid surfaces now split into 5 different bullets, so it’s quite a nice change. 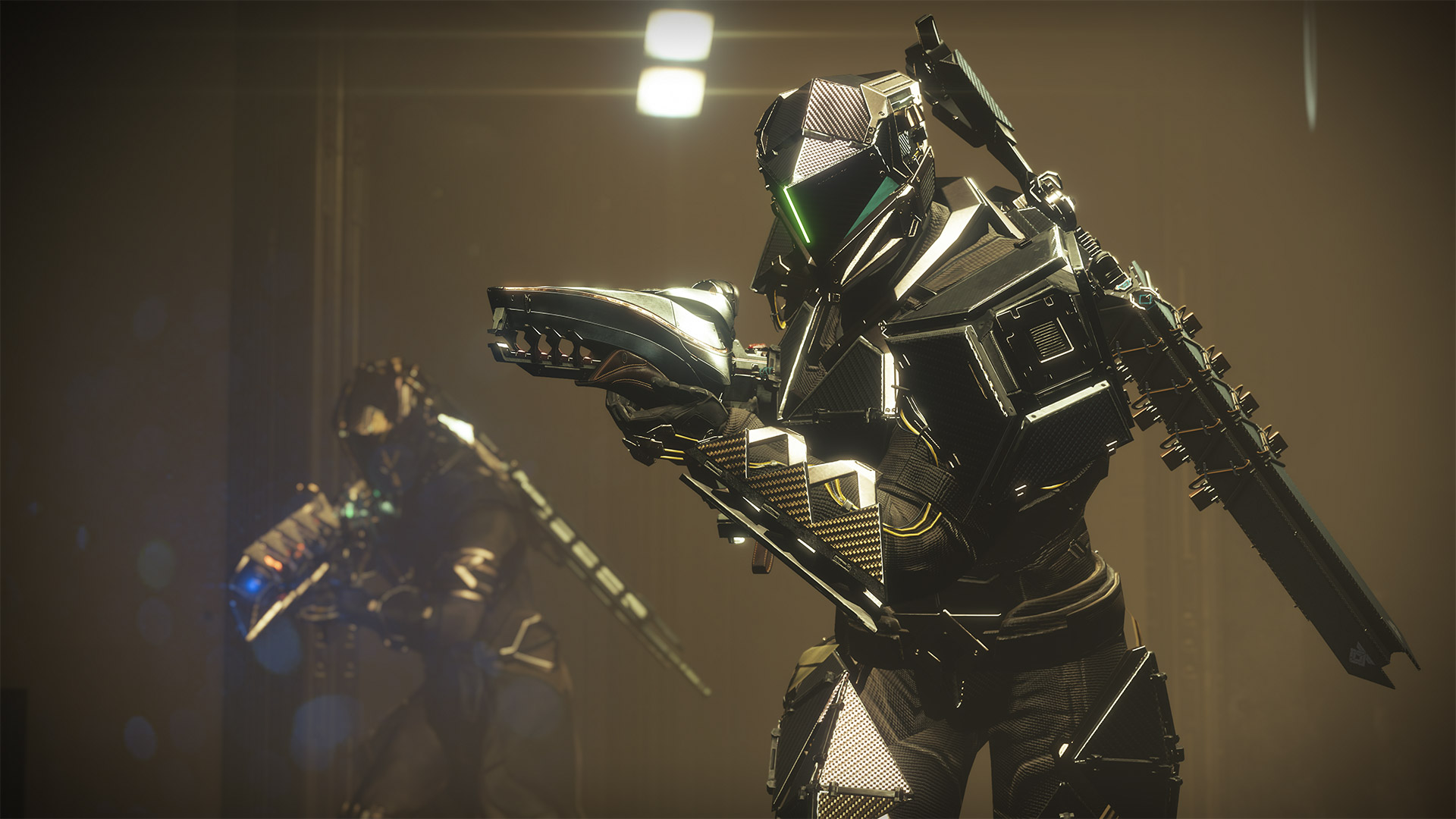 The second thing to grind for is the exotic sword, Worldline Zero. Now this has me excited! It looks like an exotic, has some unique perks and has a mini throwback to the questline in the Taken King DLC from D1. You need to scout around Mars collecting – rather shooting – memory fragments, a lot like the calcified fragments found on the Dreadnaught in D1. The memory fragments will be one of four colours, each corresponding to an element you need to be able to destroy it. Purple is void, blue is arc, yellow is solar and white is kinetic. Once finding and destroying 35 of the 45, you are granted with the sword. If you want to get all 45 you will be granted with an exotic sparrow. I don’t know if these were meant to be the other way around (it would make sense), I’m sure with enough people complaining about the huge grind for just a sparrow, I can see Bungie swapping them around. So if you want this sword, get it while you can! There is a host of new armour to collect also. The most desired being the armour styled after the Sleeper Simulant. As far as we know, this is only abtained by beating the Escalation Protocol, even then, it is a random drop so you aren’t guaranteed the illusive armour.

In conclusion, Warmind is a step in the right direction, but alas, still has not completely revived my love for the Destiny series. It’s not dead anymore, but it is on life support. If Bungie show anything regarding the first “major” expansion at E3 this year, it might make me stay to prepare, but if not, it is too little too late for me. Story is good, but too short, endgame is there but nothing like D1 endgame and with a few additions to the vendors and little quality of life changes that are very welcomed, they all should have been there day 1 in my opinion. Warmind has brought me back to Destiny 2, but for how long? Only time will tell.