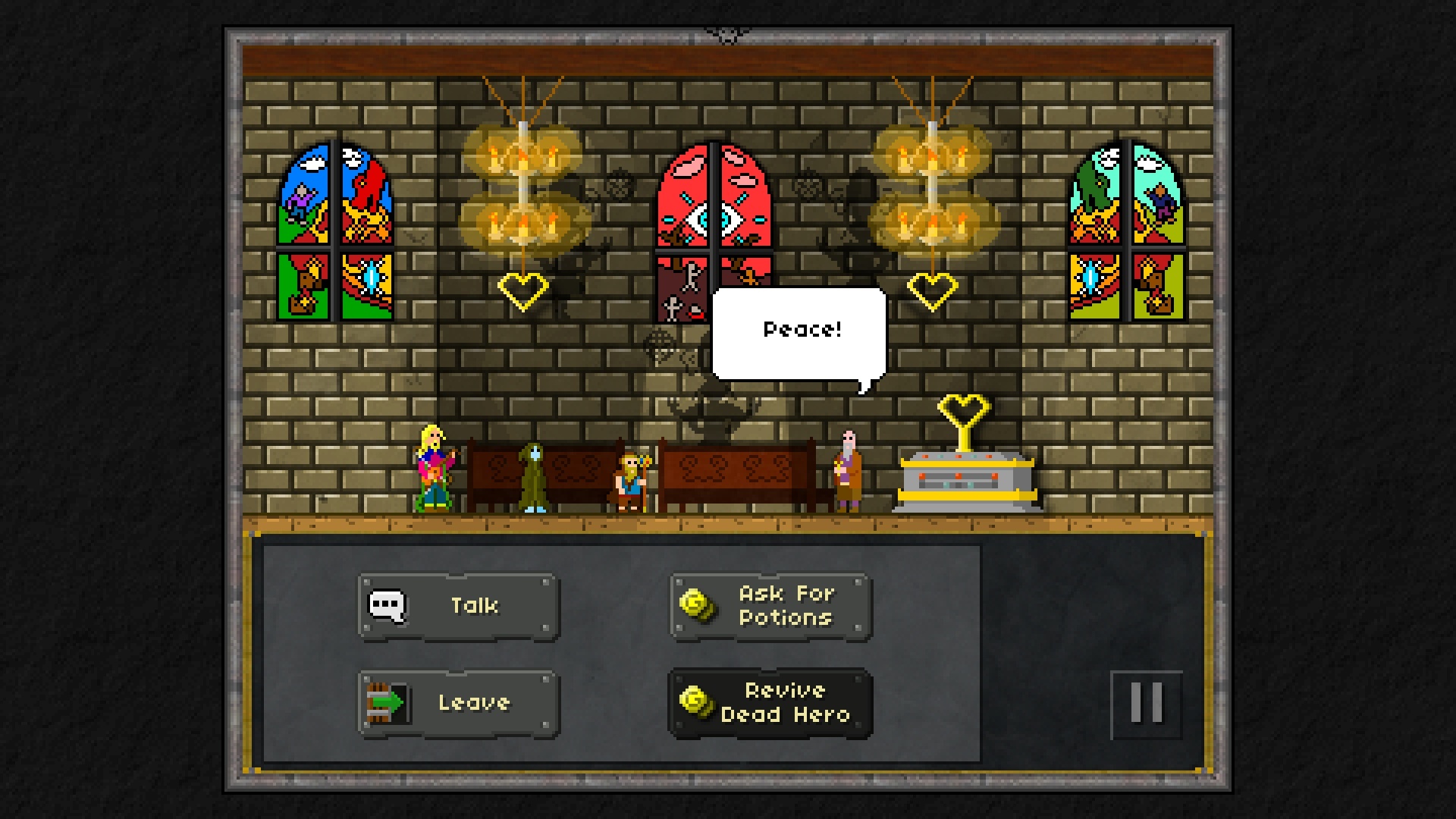 I feel like RPG’s are the gaming equivalent of Marmite – either you’ll love them or hate them or really can’t stand them! I’ve always been a bit of a hater – why do I have to wait to take turns fighting? Why is EVERYTHING so bonkers? Also, why is the game over 300 hours long?! There are a few exceptions to my hatred of RPG’s – namely Final Fantasy X, Kingdom Hearts… But for every Final Fantasy, there’s a game like Pixel Heroes. Is it hate or love at first sight?

There’s a lot to be said for the surgence in 2D games – some have expanded into a 2.5D era like Cuphead and other games have gone for a more traditional 8 bit style like Pixel Heroes: Byte & Magic does. While I really like the 2D look, I feel it would put a lot of gamers off playing on looks alone.

The game starts by asking you (the player) to pick 3 characters in a bar, each character yielding unique abilities and more can be unlocked as you play. There isn’t much story to speak of – simply venturing into Pixton to take on quests by NPC characters on the way. Once out of the town, traveling is done by watching the heroes head east or west along a predetermined path. Each time out on the world map you are met with three random events. These range from creatures or NPC’s you may or may not have to fight, events to choose a certain course of action, or even brief trivia questions, among a myriad of other circumstances. It takes a few times to play through to see every type of scenario and I was pleasantly surprised by the amount variations within these tasks. 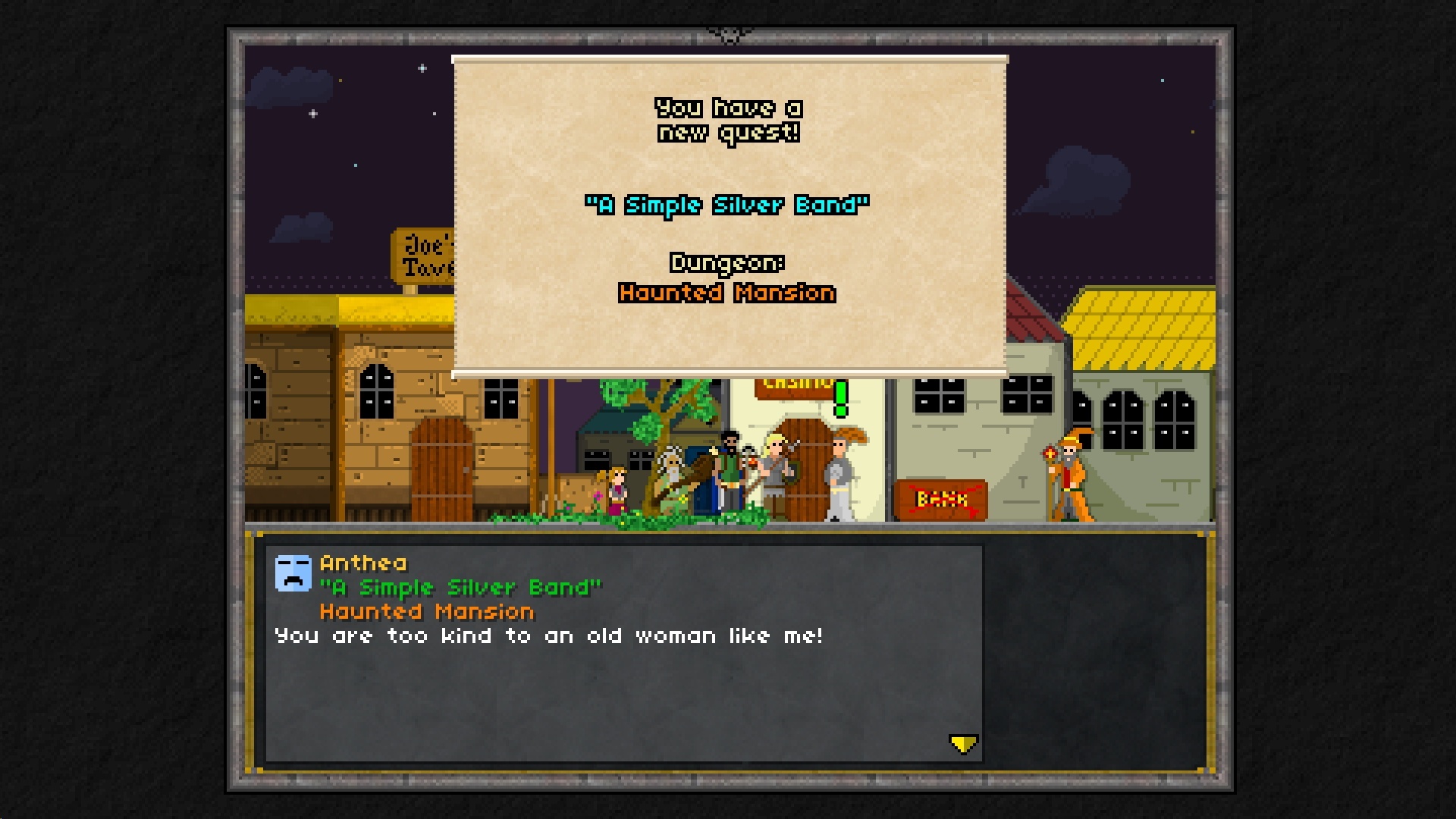 Onto to the combat. This is where Pixel Hereos: Byte & Magic fails completely – dungeons are dull. Play through 8 rooms filled with dreary enemies and try painfully to navigate the awful combat control system. It may be becuase the game was ported from Ios to Xbox one and PS4, but I can’t forgive having to struggle to power up characters like I’m trudging through mud. It shouldn’t be that way!

Another issue with the combat is that the turn-based system seems unfair. The turns switch after every single action, so the enemy gets to make a move after every single move that the player makes. On top of this, many of the enemies inflict status effects like poison. When a hero gets poisoned they will take a little damage every turn, but it is not just for their turn. The status effects get applied after every single player and enemy action. This can mean that a hero can take up to 5 turns of poison damage before they can be healed. This can lead to the quick death of a hero, and since this game employs permadeath, that pretty much spells the end for the party. Once all three party members have been killed the game is over, and the player must start over with a new game in the tavern. 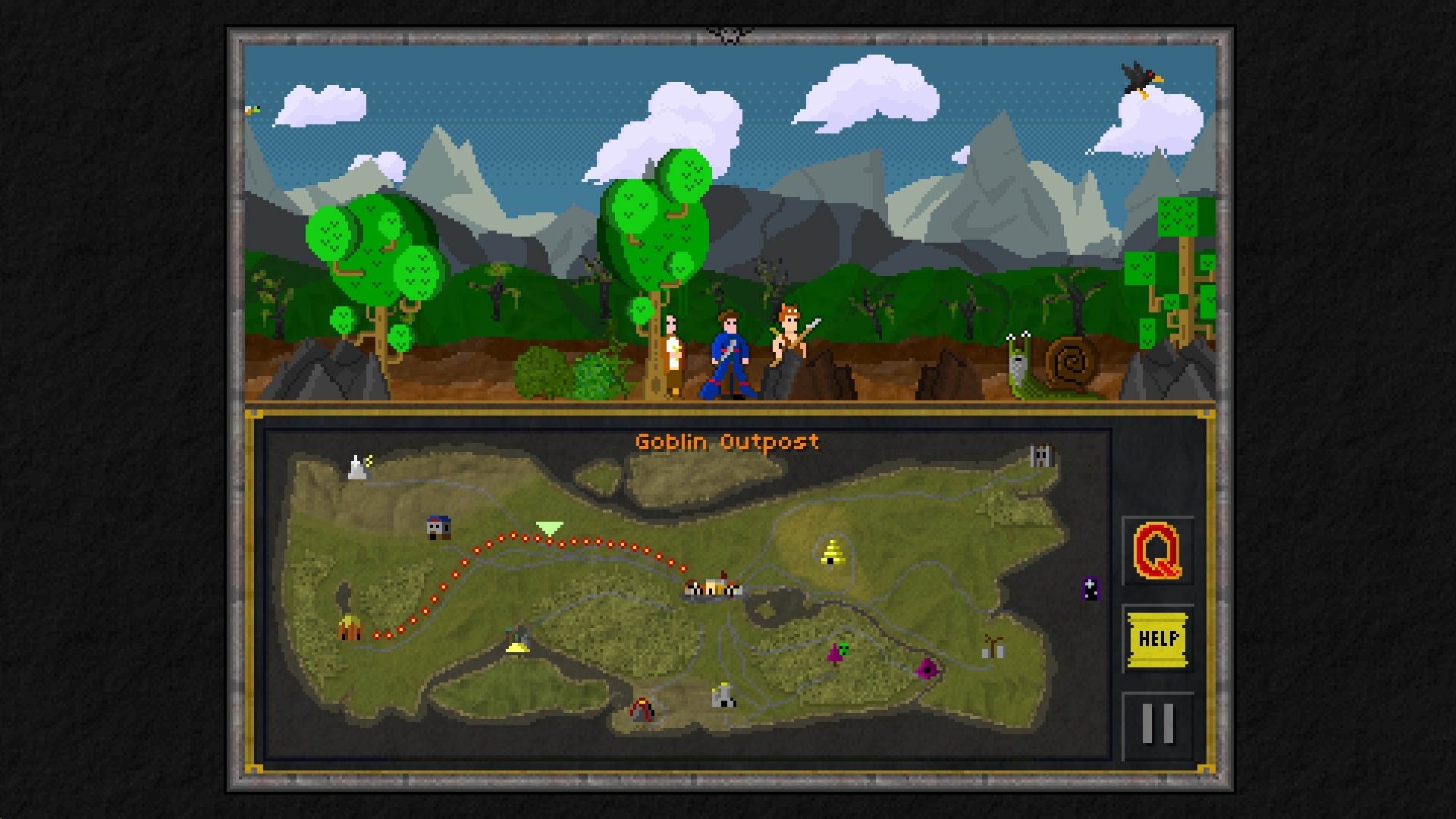 Items aren’t that great either – sure there are plenty of items to pick up on the way in Dungeons but majority of which I had no clue what to use, when or even how to equip it. Just seemed too difficult to understand which book would benefit which character and when it could be used – I’m not sure if it was just me, but I found it beyond frustrating.

I found the sound and effects extremely annoying right off the bat – repetitive old school music that gets old immediately made me play pretty much the entire game with the sound off and my own music blasting through Spotify – thank god for modern consoles!

While Pixel Heroes: Byte & Magic does have it’s moments, particularly strong in the comedy department, it’s just a chore to play. I don’t want to have an over complicated menu or powering up system. I don’t want to keep pressing help as I have no idea how to navigate anything. It’s a shame really as Pixel Heroes: Byte & Magic has it’s own charm, it’s just not executed well enough to make a decent game.