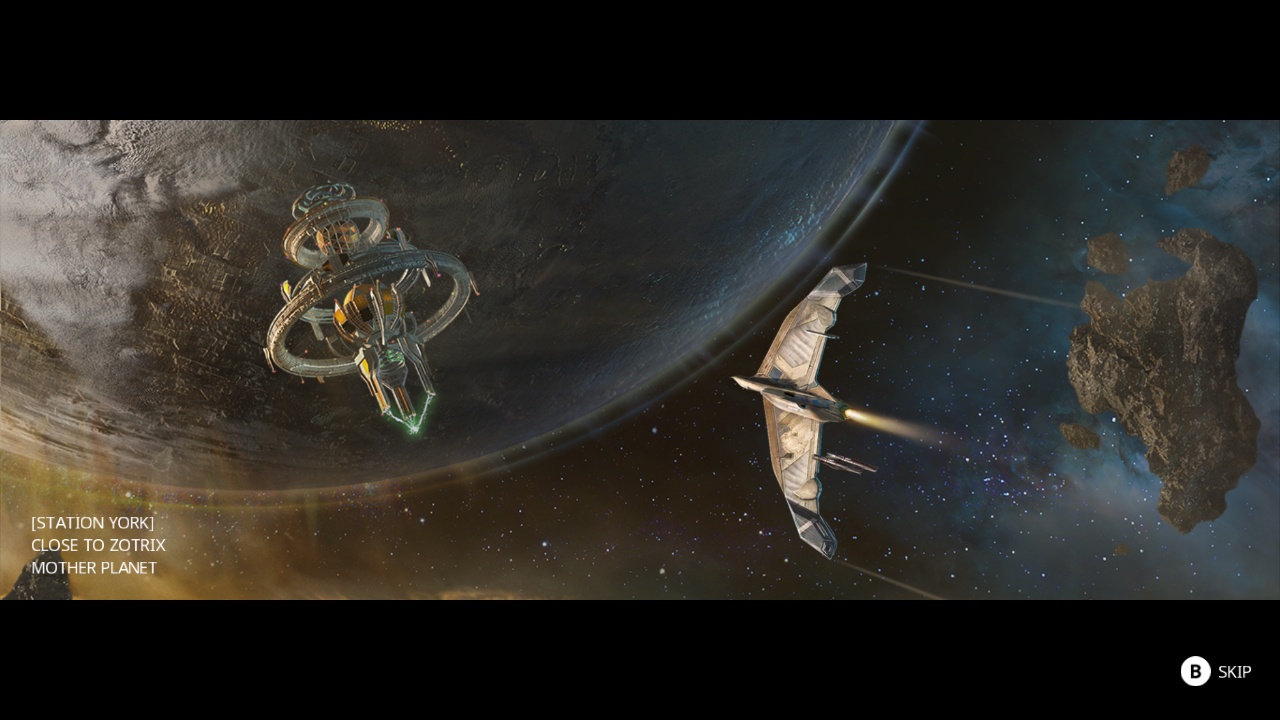 Red Alert! Red Alert! It’s time to strap yourself in, as we head out towards the far reaches of space to combat a new alien scourge in Zotrix: Solar Division, a tower-defence game that is warping to a Nintendo Switch near you.

Originally a Steam release in 2016 and developed by ZeroBit Games, with publishing through Ocean Media, this hybrid tower-defence/real-time strategy game sees you sent to investigate a distress call from York Station, a space-station orbiting the planet Zotrix. As the only available commander of the solar division, it is your job to investigate the source of the signal. Upon arrival, it soon becomes apparent that the indigenous life-forms of the nearby planet, the Zotrix, have invaded the space-station and taken all of its commanders captive. From the station’s console, a new alert is received as the opposing force are on a vector to your destination. Utilizing the base’s defences, it is now up to you to repel the invading army and protect the network of stations from annihilation.

Taking place across fifteen different space-stations, each one comprising of three missions each, you plan a tactical defence of each station from the commander’s console. Issued with an overhead view of the surrounding area, you strategically place a variety of weaponry emplacements, from a selection of fifteen, upon the station’s structures and nearby asteroids in order to repel any invasion. As with most tower-defence games, you are presented with limited funds with which to best utilize your resources. Once your initial arsenal has been placed, the invading Zotrix army begin to plot a course along a series of flight-paths in order to reach their objectives. The more alien craft that are destroyed, the more funds you are rewarded; allowing you to bolster your defences against an ever-increasing force of might. It’s a simple premise that follows the same mechanics as other titles within the tower-defence genre. However, Zotrix: Solar Division offers something a bit more than the usual standard fare, I don’t what it is, I can’t quite put my finger on it, but I think it’s possibly, several elements that all add together to produce a very solid, game-playing experience that doesn’t disappoint in the slightest. 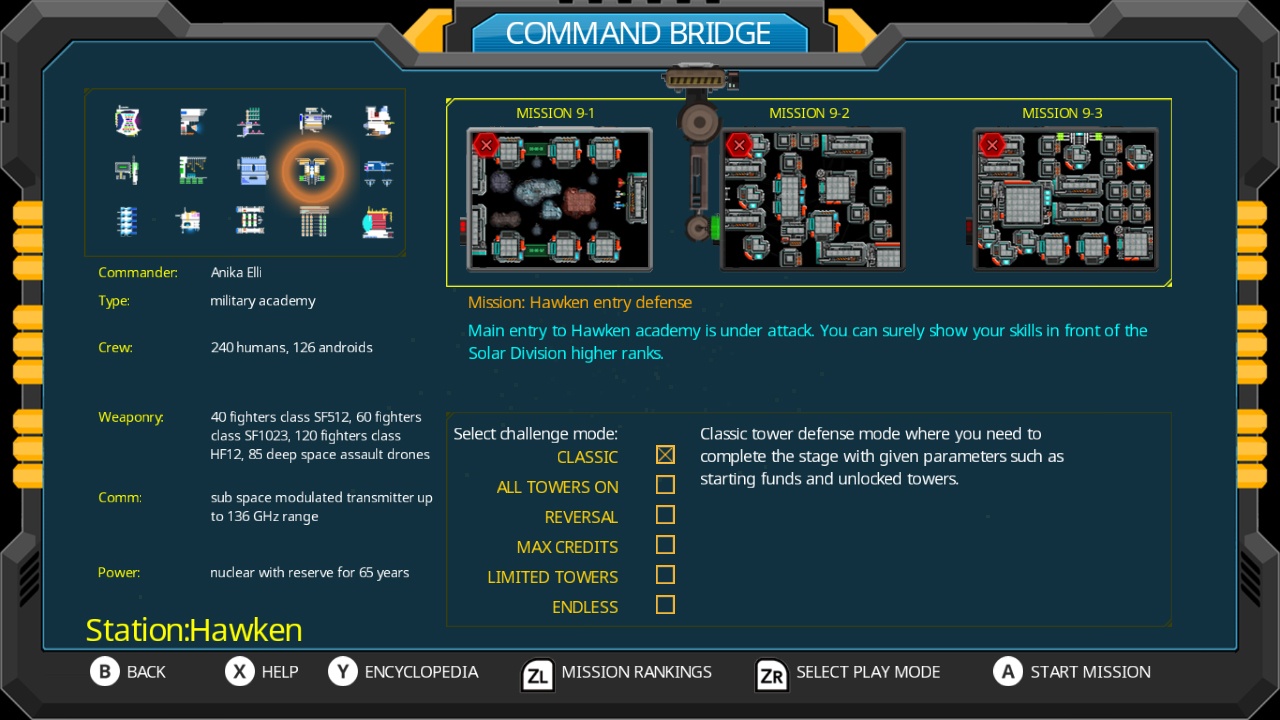 The main staple of the gameplay revolves around planning your defences from the station’s console. From its top-down perspective, you pick from a number of defences, placing them strategically along the highlighted flight-paths in order to stop the enemy advances. There’s nothing ground-breaking here, both in its appearance or mechanics of gameplay, everything has a very basic look and feel to the proceedings. However, looks can be deceptive because underneath its exterior, lies a wealth of strategic fun and depth to its gameplay. The console’s screen supplies a myriad of information to you, from alien fleet directions and flight-paths, funds, lives, alien waves and tower capabilities, to name but a few. With all of this info at hand, you set up your preliminary defences along the planned routes of the alien invasion; strategizing along choke points, around elements that need to be protected and along vantage points that make the best use of your weaponry.

As well as detailed information on-screen, you also have various options that can tailor-make your experience. You can choose to turn off projected flight-paths, grids, fast-forward time and wave frequencies. These add a touch of variety and personalisation to your gameplay experience. With everything set in place, you choose how the game advances, either automatic waves or manual distribution, as you watch the battle unfold before you. Creating a solid defence is very satisfying to watch, however, should you spot a weakness that the alien forces take advantage of, you can add to your arsenal as long as you have the required funds; making the real-time skirmish a very strategic and seat-of-your-pants experience. With thirty-five different varieties of alien craft, as well as an extensive encyclopaedia that details each enemy’s strengths and weaknesses, there’s a lot to think about with your tower deployment. However, all the elements of micro-management have been superbly implemented, with a system that never feels out-of-hand or over-complicated with each tower’s upgrades, effects, ranges and styles.

Everything runs at a nice pace that is easy to follow; even with an ever-increasing amount of enemy attacks, ship styles, weaponry and objectives. From total annihilation, protection and time-sensitivity, there’s enough variety in each of the missions to keep things interesting for any budding commander. Along with a helpful AI, who keeps you informed of everything that is going on, as well as congratulating you on your efforts, a superb soundtrack that wouldn’t feel out of place in the latest sci-fi movie and an overall aesthetic that puts the attack on the Death Star to shame, Zotrix: Solar Division is a title that oozes with an atmosphere that simply draws you in. There is even a very generous checkpoint system, should you need to leave the game mid-battle or return to a previously fought wave of aliens following a mistake, or misconception of the alien attack. 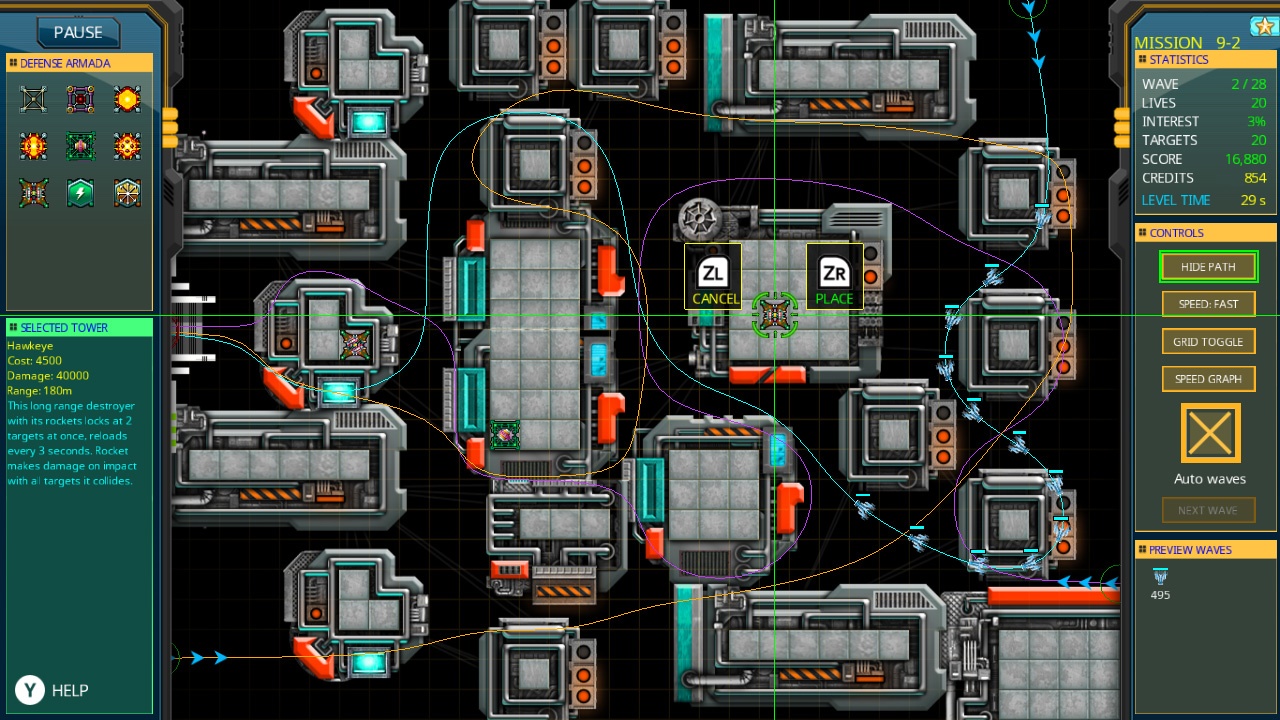 Along with its classic mode of tower-defending, Zotrix also contains a number of extra play modes with which to test your abilities. These range from All Towers On, a mode where all towers are available from the start; Reversal, which reverses the flight-path of the alien attacks; Max Credits where you begin the game with a fund of forty-thousand credits; Limited Towers in which you can only utilize ten towers on a level and Endless, a mode that runs constantly until you die. These options, as well as the in-game variants, adds an overwhelming amount of playability to the title, with enough content to last a fair few hours; as well as bolstering its replayability value.

Overall, Zotrix: Solar Division offers a nice package with its myriad of options and play-styles; making it a very non-generic title within the genre of tower-defence games. Although a lot of its presentation is aesthetically basic, they actually create a pleasing look when everything is in place and the battles are in full-flow. Its cut-scenes are particularly delicious, with a superb model of rendering that actually look quite realistic. Gameplay-wise, there’s something very satisfying in watching your tactical planning come to life and bear the fruits of your labour; especially when you have the enemy fleet bottle-necked into complete annihilation or when you counter a weakness in your defences. The pacing of the game is just right, it’s not too hectic or boringly slow, and contains just enough variety in its tower capabilities to keep things interesting. To put things a bit more into perspective, this is coming from someone who hates the genre of tower-defence games with a passion; yet in Zotrix, the developers have created a very solid take on the genre, without making it over-complicated or hard-to-follow; making it an ideal game for fans of the genre, or newcomers who want to try something a little bit different.