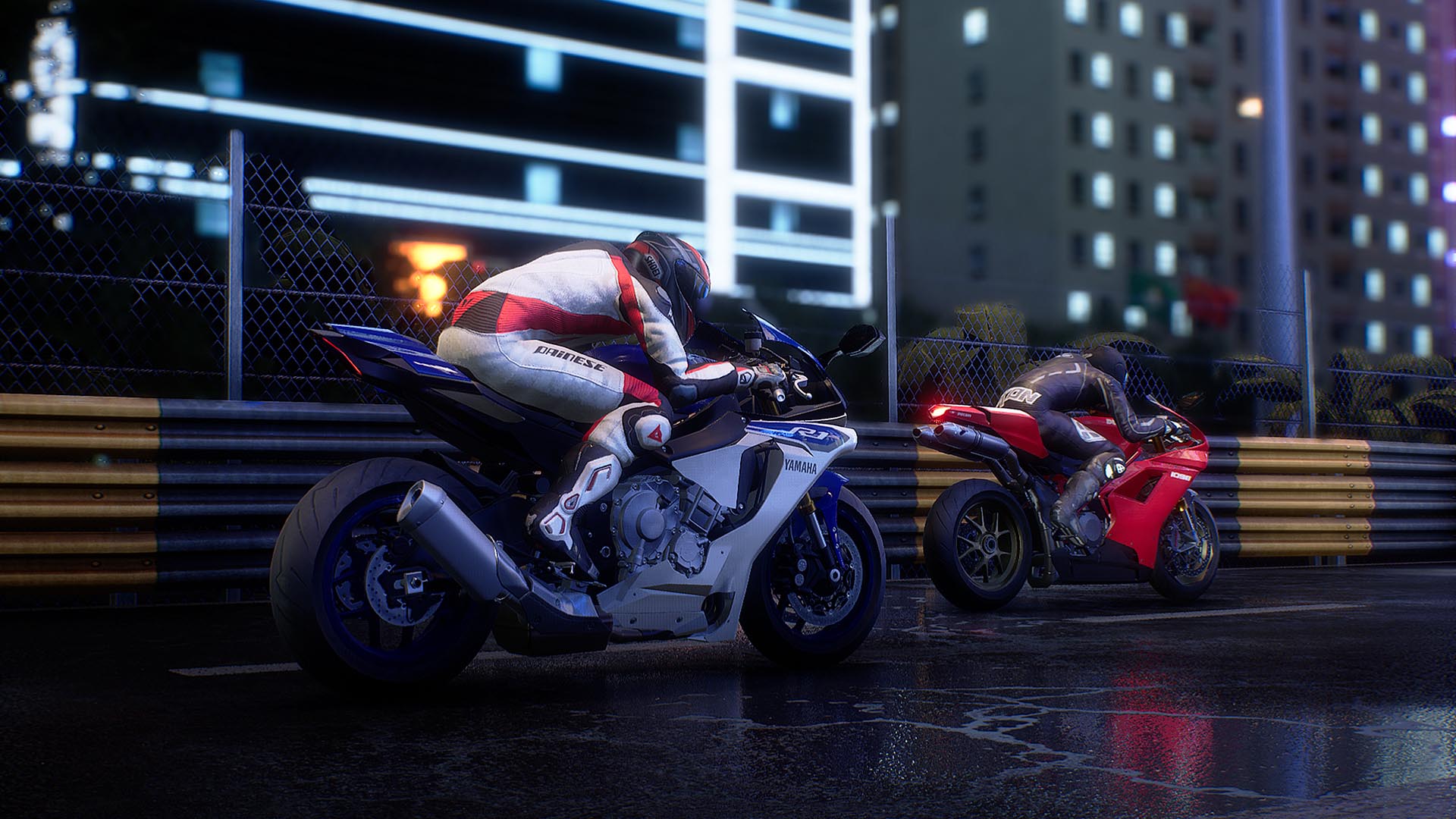 It’s a simple matter of budget in the end. Milestone, an Italian developer with more than 20 years of experience in delivering high quality two-wheeled racers is clearly a passionate and talented group that consistently deliver highly enjoyable racers. Both RIDE and its follow-up were polished, technically solid racers that provided a genuine bike-based alternative to the likes of Gran Turismo and Forza Motorsport. The same is true of RIDE 3 – despite it providing a limited jump in quality over its immediate predecessor, RIDE 3 is yet another accomplished racer from a studio that has been specialising in this kind of game for over two decades. The problem is that it simply can’t compete with their more illustrious four-wheeled competitors.

That might sound a tad unfair (and it is to an extent), but the fact of the matter is, thanks to the likes of Gran Turismo and Forza Motorsport, we have become accustomed to big budget simulations with insane amounts of detail and refinement applied to every aspect of their design. RIDE 3, despite an obviously heroic effort on the part of Milestone, simply can’t compete. Don’t get me wrong, the bikes (all 270 of them) look utterly fantastic and the handling model is intuitive and deep, but out on track, it’s, well, let’s just say that it’s where the limited budget shows. 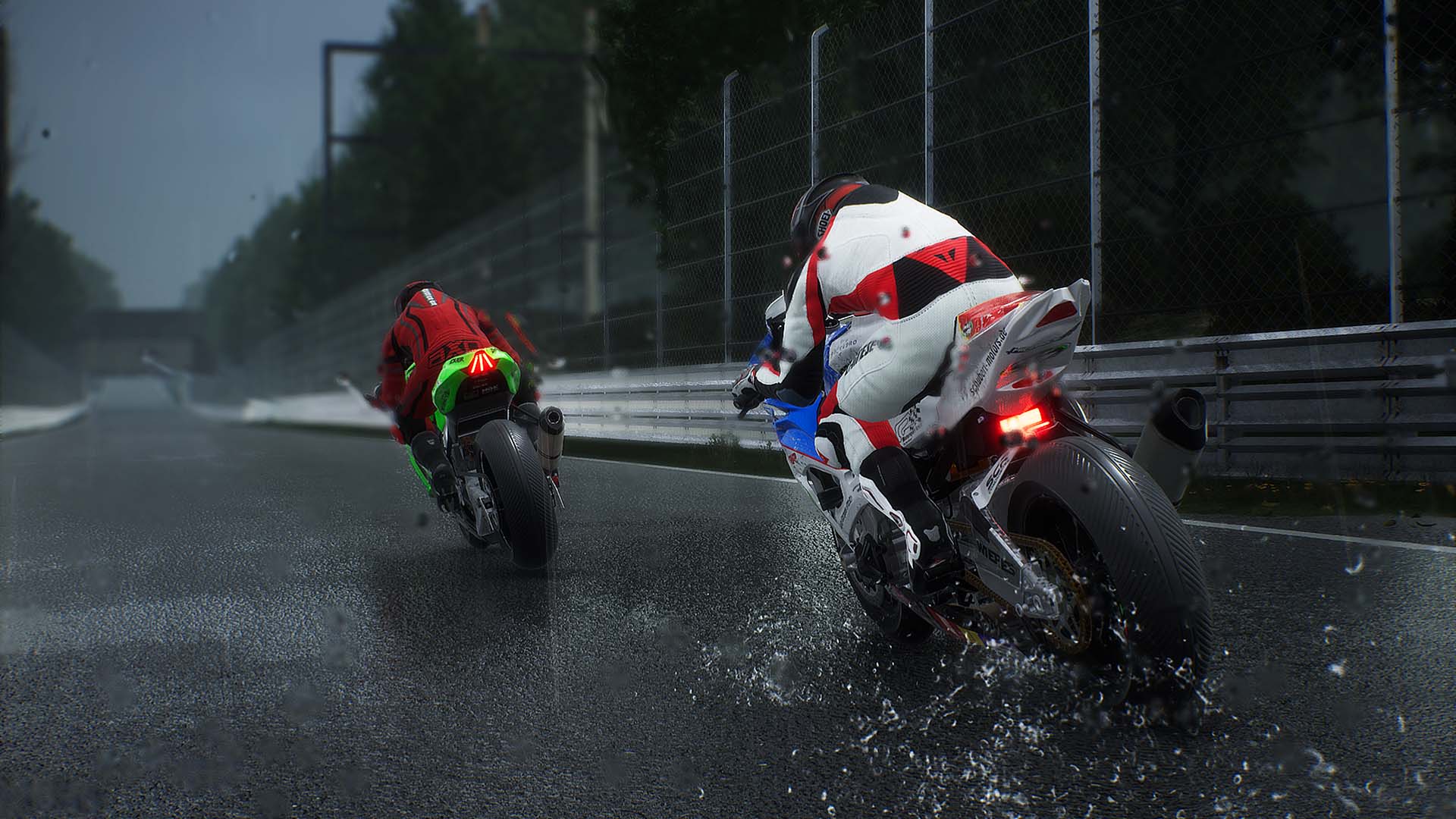 RIDE 3 is far from an ugly game, in fact, it’s often a very pretty one, but compared to its triple-A competitors, it all looks a bit forgettable, and, dare I say, cheap. The bikes are gorgeous, with the games’ constant close-ups showing off Milestone’s incredible attention of detail, but the tracks that you race around, they are nearly all bland and technically limited. Again, it’s probably unfair, but as a simulation, comparisons are all but inevitable, and due to a comparatively limited budget, those comparisons are invariably unkind.

Saying that, the bland tracks and faceless crowd are unlikely to matter when you’re tearing around the track on your latest unlocked superbike. The 270 available bikes are split out across seven unique categories with handling changing dramatically between each. Whether you want to go full simulation or reign things in for a more arcade-centric handling model by applying breaking assists and virtual driving lines, the options are here for you to approach RIDE 3 however you see fit, and with tons of customisation and unique upgrades available, there is a huge amount of depth for those looking to get the most from the experience. 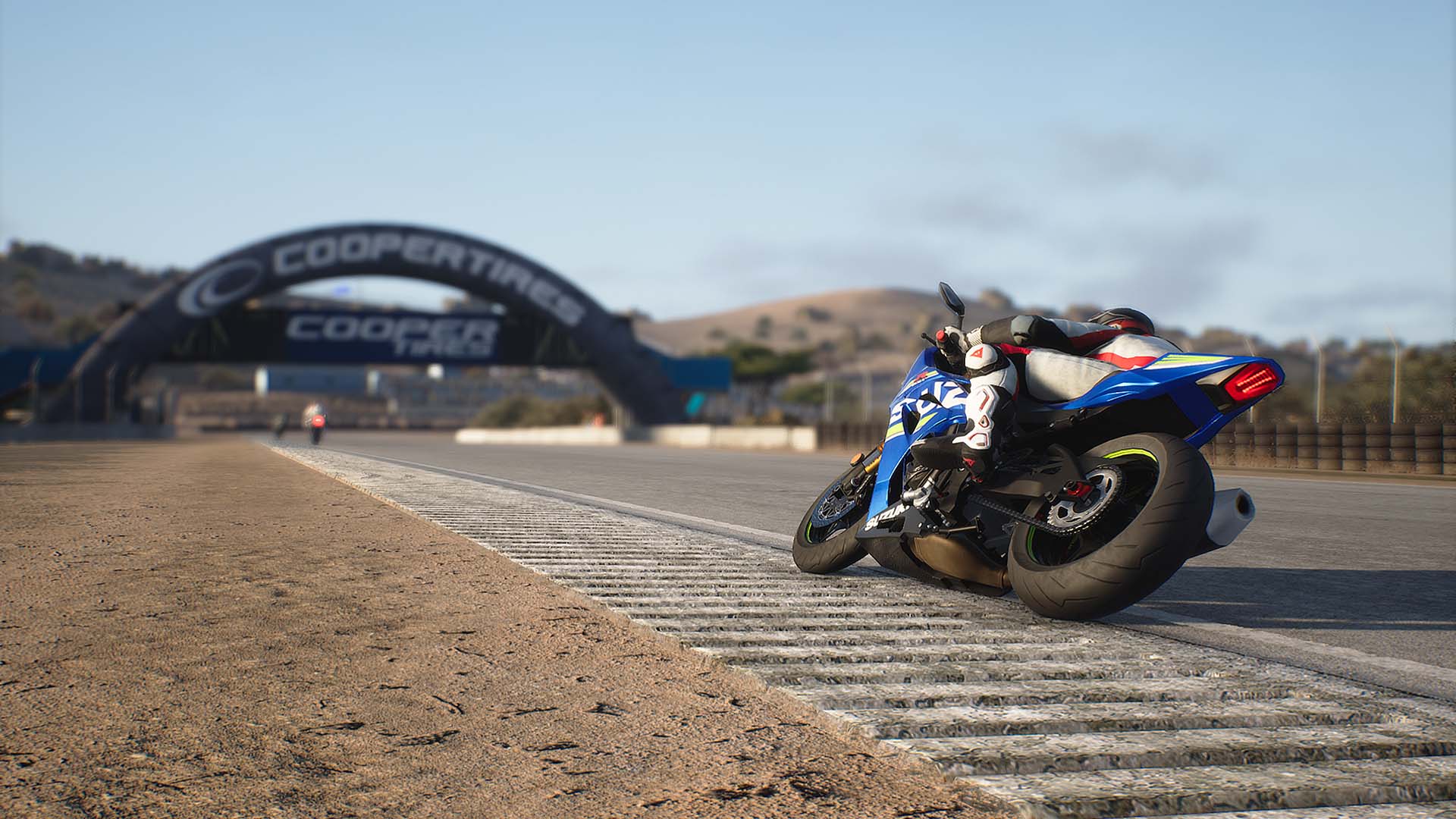 Despite a decent if somewhat unspectacular selection of online options, the vast majority of your time with RIDE 3 will likely be spent in its absolutely huge career mode. With seemingly hundreds of races split out across the seven different classes, RIDE 3 is nothing if not content rich. Sadly, despite being able to approach much of the career mode in whatever order you see fit, like the tracks that you race on, everything surrounding it is a bit bland and basic. Racing games have been guilty of this for years of course, but RIDE 3 does little to keep you connected to your career beyond the constant unlocking of shiny new bikes (which is an admittedly decent draw). It’s all perfectly competent of course, and the minimalist design is actually rather cool, I just wish there was more to it beyond the constant collection of races. Like many of the games’ faults or shortcomings, this is almost certainly down to budget constraints, but with games such as Forza Motorsport, and in particular, Codemasters’ F1 games, now doing so much to make their career modes more memorable and personal, RIDE 3’s approach comes across as painfully basic by comparison.

At its core, RIDE 3 is a great racer. It’s perhaps a little too similar to its predecessor to be considered essential for fans of the series, but it’s an improvement all the same and certainly the finest two-wheeled racer on the market. The bikes look fantastic and handle incredibly well. The lack of proper training tools might make it initially obtuse to those new to the genre, but thanks to its intuitive handling model and raft of customisation options, it won’t be long before you’re racing around its multitude of tracks at dangerously high speeds. It’s a shame then that the game is ultimately held back by its comparatively limited budget. For those spoiled by the triple-A thrills of Forza and Gran Turismo, RIDE 3’s occasional rough edges will stand out like a sore thumb, but if you can look beyond those and appreciate its exceptional mechanics and Milestone’s obvious passion for the sport, then RIDE 3 will likely deliver in spades.

At its core, RIDE 3 is a great racer. It’s perhaps a little too similar to its predecessor to be considered essential for fans of the series, but it’s an improvement all the same and certainly the finest two-wheeled racer on the market.