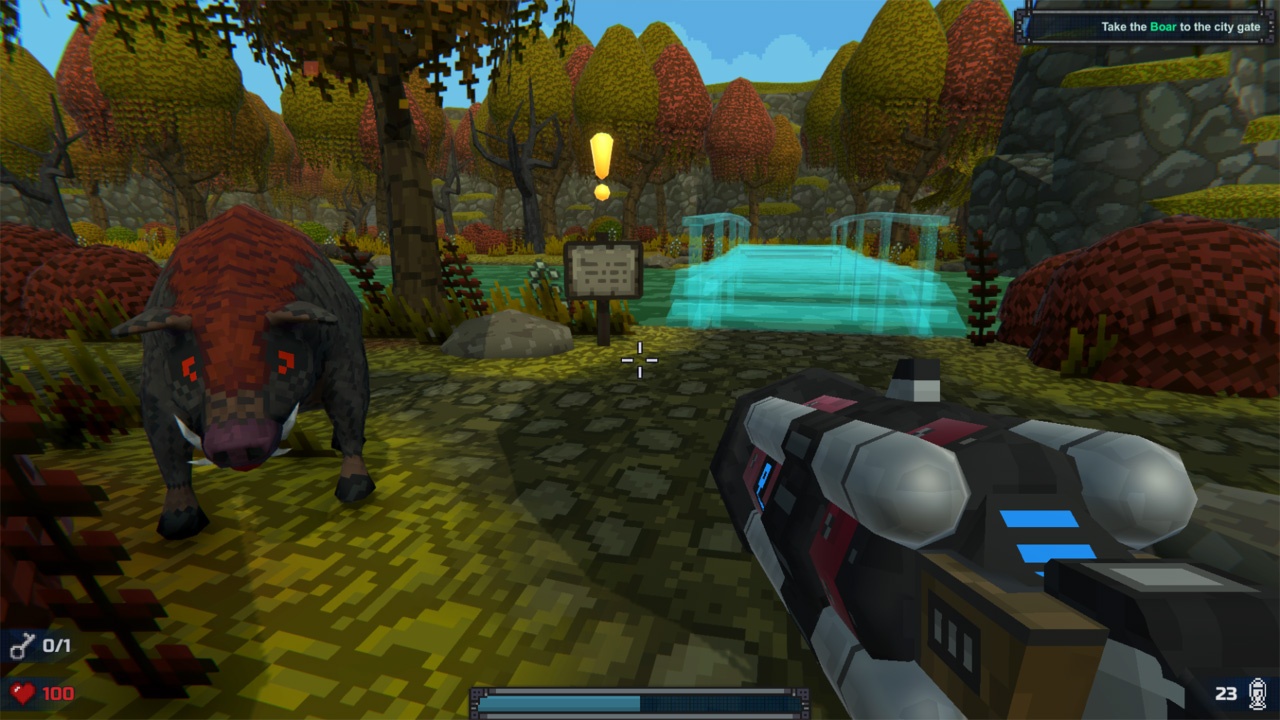 Back in the not so distant early 2010’s, Far Cry 3 was the hottest release, and Far Cry: Blood Dragon was the biggest expansion to be released at the time. And as enjoyable and as fun as the content pack in question might have been, it had one major and significant flaw, which many, including me, had a problem with. And the issue in question was related to the title’s cognitive dissonance which was ultimately caused by the developer’s inherent lack of self-awareness. As throughout, Blood Dragon would make fun of one thing, such as the in-game tutorials, only to have you do it yourself, not even seconds later.

Blood Dragon’s lack of self-awareness, as damaging as it might have been at the time, has never led to its downfall, as in the end Blood Dragon, just like all the new-wave Far Cry games was never about its narrative. But if there ever was a game which would be built around the idea of poking fun at the industry’s shortcomings, only to then fall a victim to them itself, then well, one could argue that such title has inherently failed. And in-fact it did, because such game does exist, as it is the recently released Shadow of Lootbox.

Shadow of Lootbox, as the name infers, is a satirical take on the gaming industry. As its title is composed of the now frowned upon word Lootbox, and the tainted part title ‘Shadow of’, which has been used by Shadow of War, Tolkien themed RPG, which was filled with inherently greedy gameplay design, and lootboxes. And while the title at hand manages to be somewhat clever, and even funny at times, then unfortunately, it never reaches the heights which many have rationally expected it to, as its rather flawed game design, takes away everything that the narrative side of the game tries to build. 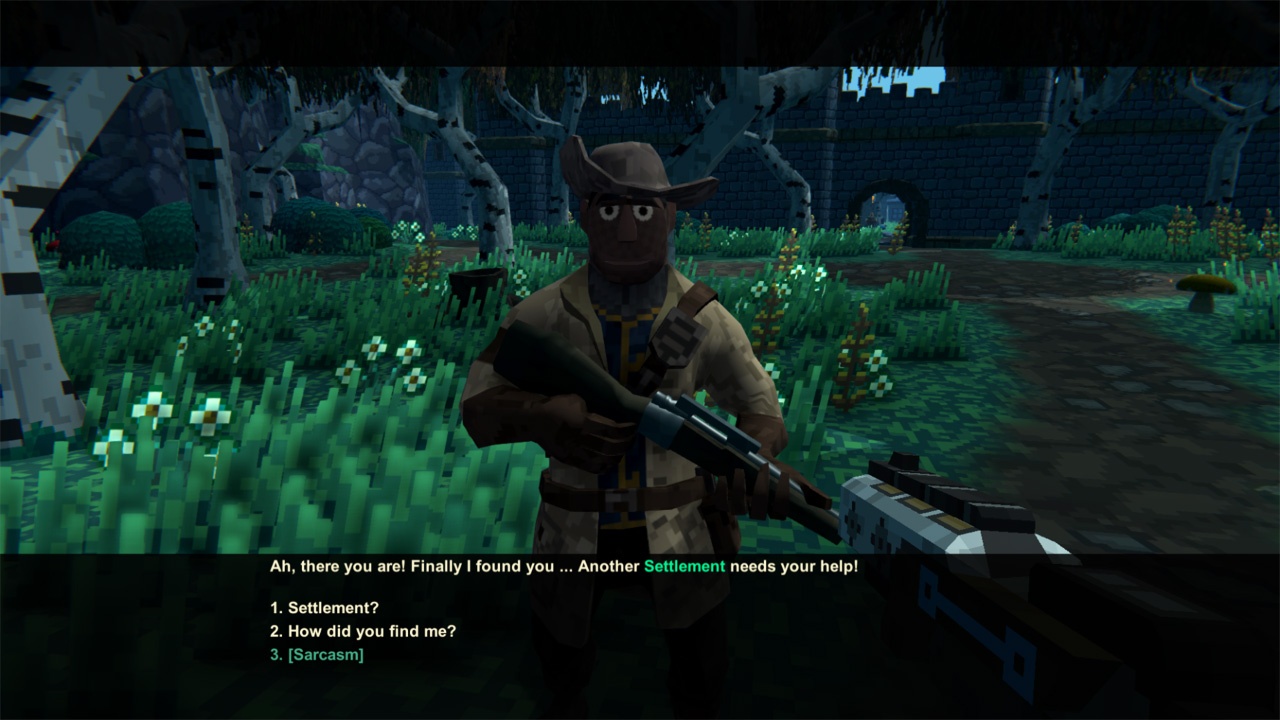 Throughout the hour or so long journey, Shadow of Lootbox will poke fun at things such as false progression, grinding, collectibles, ‘’radio towers’’, hide & seek horror games, weak-point based boss fights, fetch quests, and much, much more. And while all these seem funny at first, they quickly become obnoxious. Because despite of making fun of all of the above – and more – Shadow of Lootbox still forces you to do them. And this is rather surprising, or at least it was to me at first, because I never expected a satirical game to fall a victim to everything that it is against.

Sure picking up mushrooms for the villager, which were right next to him, got a little smile out of me. But having to do that three more times, across the entire map, was not as fun as the developers possibly assumed it to be. And this occurs all throughout the game, from collecting mushrooms, through searching for collectibles, all the way down to climbing towers, Shadow of Lootbox forces you to do all of it – multiple times. And at that point it is not smart, clever, nor funny – it is simply annoying. And I’d like to say that above described events are limited to portions of the game, but unfortunately the entire game is just like this. First it pokes fun at something, and then it has you do it over and over again, until you are sick of it.

Game design wise, Shadow of Lootbox leaves a lot to be desired. And while it has its moments, such as the Skyrim themed level where textures never load, and you have to fight a dragon which is stuck in wall. And as memorable as those might be, then they are unfortunately few and far between. But what’s not rare within this particular title, are the hostiles which are an absolute chore to fight against. They all possess an absolute ton of health,  and due to their limited AI they are not a challenge, but a nuisance, as all you have to do to defeat them is walk backwards in a circle while holding R2. And god forbid you run out of shotgun shells or rifle ammo, because it takes over a dozen bullets to kill a single Lootbox enemy, even with an upgraded basic gun. 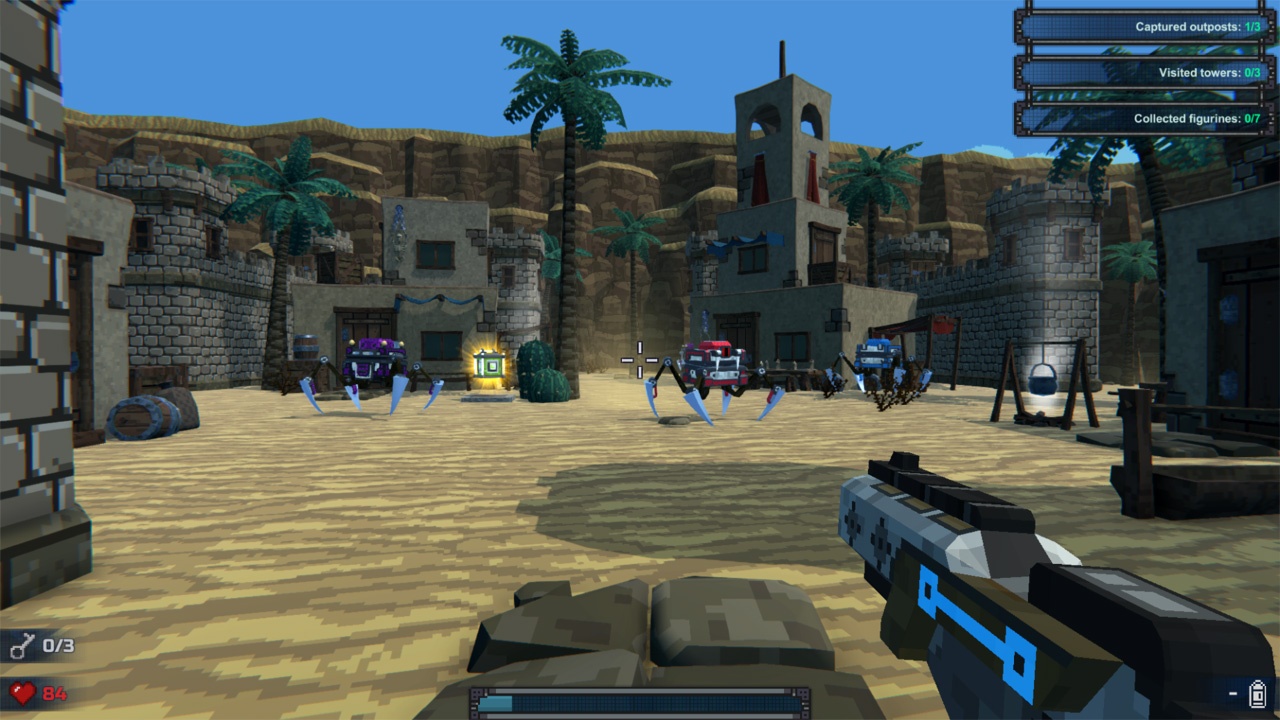 To close off, I would really like to say something positive about Shadow of Lootbox, as I don’t like to end on a low note. But unfortunately, there is not much else that can be said about this title, that’s positive. But what can be underlined is the fact that the titular mechanic regarding the Lootboxes, which the title goes out of its way to bash, never really goes anywhere, and ultimately is nothing more than scene dressing, and an additional menu bar. And there are two places in the game where you can ‘watch and ad’ or ‘mine bitcoins’ in order to get more Lootboxes, but yet again, those have you do things you wanted to escape, by playing Shadow of Lootbox.

Overall, Shadow of Lootbox is a rather disappointing experience. It promises you a brand new, satirical world, but gives you more of the same that you have to tread through on the daily basis. And sure, you could say that Shadow of Lootbox is a miniscule indie game, and could never reasonably achieve what most have expected it to. But if that was the case, then both Braid and Thomas Was Alone would be failures today because ‘’they were small indie games’’. And if anything, those two titles are the living proof that anything can be achieved within the indie sphere, and that Shadow of Lootbox, simply lacks the adequate game design in order to support its highbrow premise.

Shadow of Lootbox is a miniscule indie game, and could never reasonably achieve what most have expected it to.