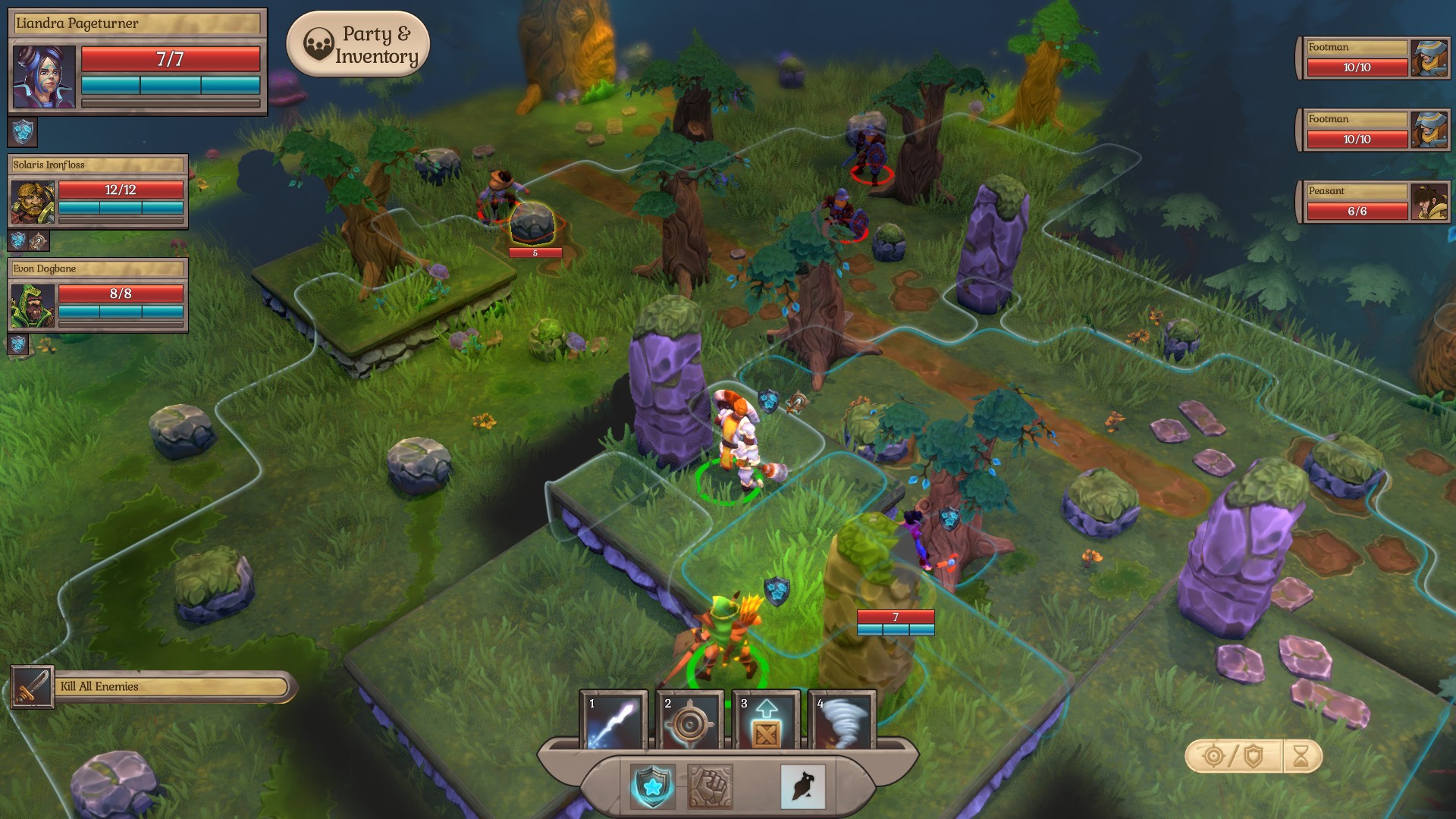 ‘A tactical, turn-based RPG in a fantasy setting’ was the vague description I was initially going to with for Fort Triumph as I attempted to avoid directly comparing it to other games. However, developer CookieByte Entertainment are quite happy to describe their own title as a combination of XCOM‘s turn-based combat and the world exploration of Heroes of Might and Magic. An ambitious claim, citing two well-loved franchises – but is it actually as good as that sounds?

As you’ll be able to see from the screenshots, the combat of Fort Triumph is definitely heavily influenced by XCOM (the reboot not the 1990s original), right down to the style of the movement fields. Of course, the dark and gritty sci-fi look of XCOM has been transposed to a bright, colourful fantasy setting instead while maintaining the isometric viewpoint and tile-based gameplay. Each battle sees your party of up to five adventurers take on an opposing force across a procedurally generated map, taking turns to move and attack with a combination of melee weapons, projectiles or magic spells. Just like in XCOM there is a cover system that can provide a handy defence against ranged attacks, but the key innovation in Fort Triumph is how the cover itself can be weaponised.

Every character class by default has at least one way of manipulating the environment either by physically kicking, with specific weapons or certain spells. Trees and pillars can be toppled onto enemies for major damage while smaller pieces of cover, and enemies themselves, can be knocked around the map with ease. And while the damage from these physics-based assaults might not be as high as a direct attack, they have a crucial advantage in that they automatically stun most regular enemies meaning they can’t attack you on their own turn. This then becomes an absolutely essential tactic, especially in the early turns of a battle where you are inevitably outnumbered. At this point, it almost becomes an Into the Breach style puzzle game as you plan the placement and order of your attacks to initiate chain reactions and hit as many enemies as possible, an aspect I loved but which fantasy purists might not appreciate too much. 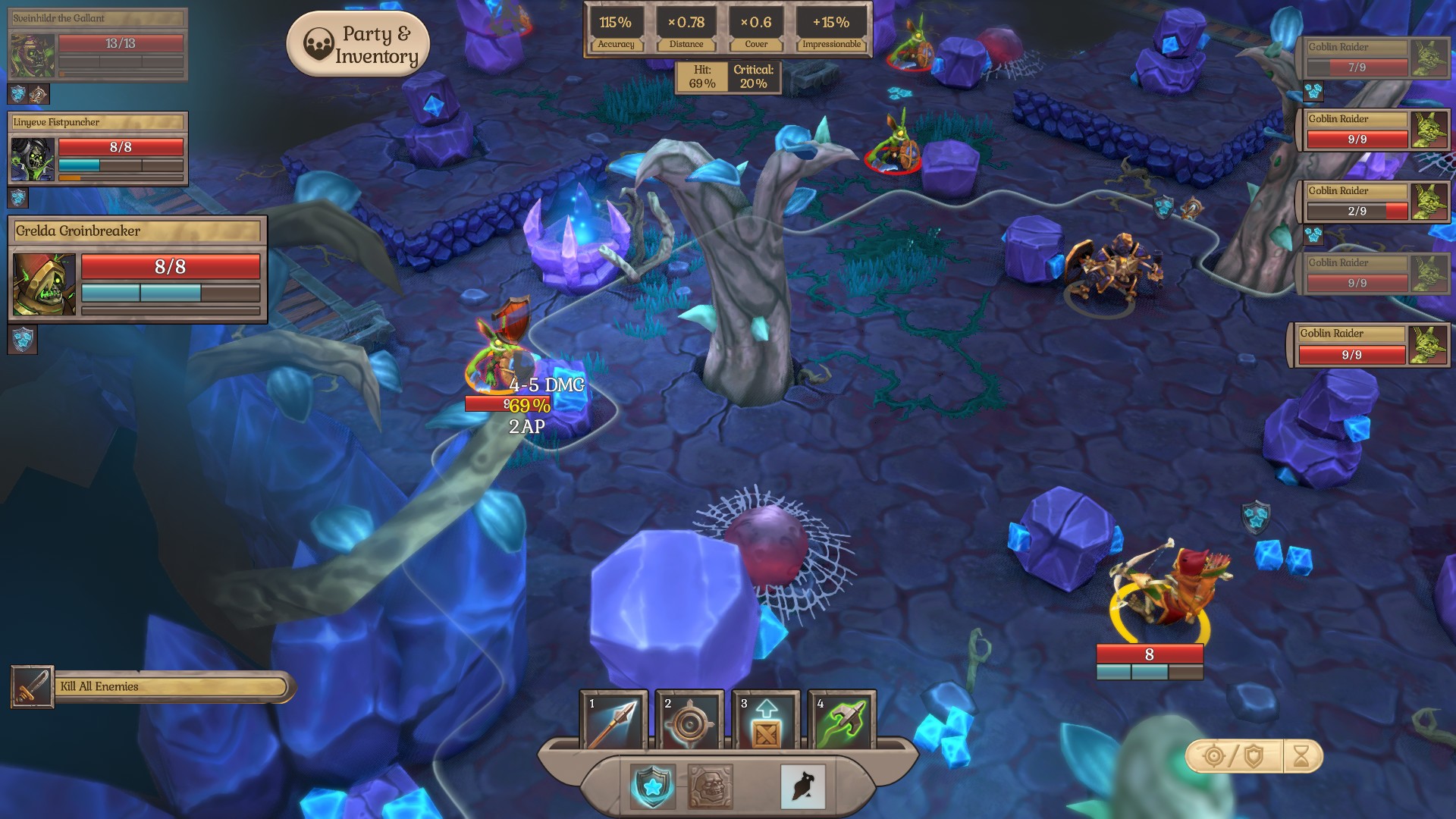 The other half of Fort Triumph is the world map screen where you can move your party around to collect resources, upgrade your heroes, engage in battles and build up your home base while an opposing force does the same. You can also recruit additional heroes and form extra parties to roam around the map, as well as establishing more bases. This aspect of the game isn’t quite as comprehensive as other titans of the genre but it’s still good fun and a welcome diversion in between the various battles. On the plus side the A.I. opponents do put up quite a good challenge and can be pretty devious, in both the world map setting and also in the battles themselves.

In addition to skirmish modes against up to seven opponents, there’s also a solid single-player campaign available that provides up to 20 hours of gameplay, with larger scripted encounters and events taking place in amongst the standard random battles. The campaign is accompanied by a humorous storyline that both embraces and makes fun of fantasy tropes. While I very much enjoyed the witty dialogue and plot (it reminded me of the writing of the legendary Terry Pratchett although admittedly not quite up to his levels) this might not be appreciated by all players. It is also a little odd how if one of your four original heroes dies during the campaign then their future dialogue just gets taken over by a secondary hero from your force who has the same class, but I suppose that’s the only reasonable way to deal with their demise while allowing you to continue. 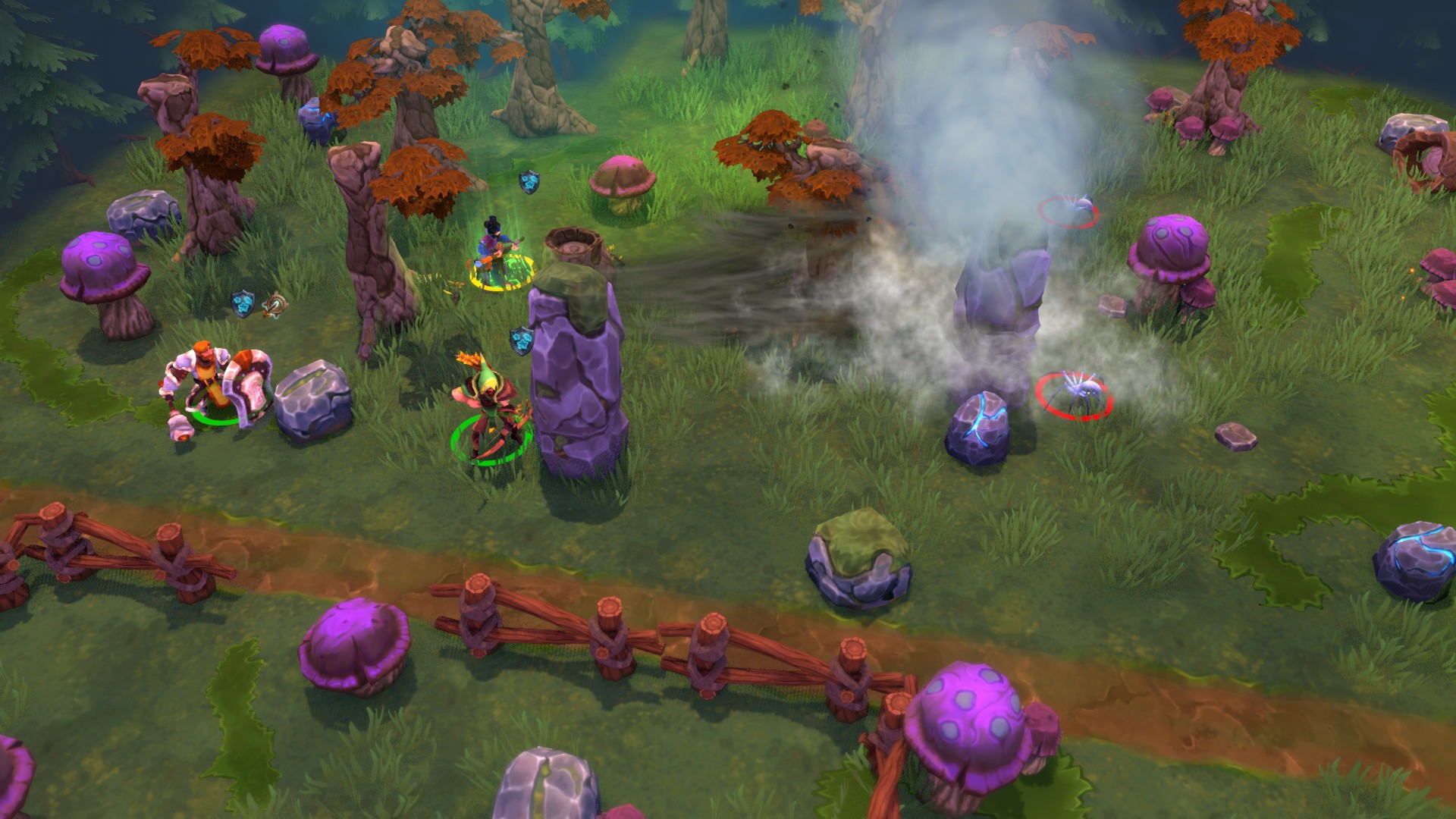 However, once the campaign is over a substantial skirmish mode is available which provides a lot of potential replayability. Unlike the single-player campaign which only allows you to play as the human faction in skirmish mode, you can instead choose from the other three factions of undead, goblins and trolls. However, the other factions still have the same four classes of units available and aside from some minor faction differences, the gameplay of each faction is extremely similar. More importantly, there is currently no competitive multiplayer mode available, just a local cooperative option. Multiplayer would hugely improve the replayability of Fort Triumph as would more campaigns or DLC options, but unfortunately, there’s no sign of that at the moment.

Finally, on the audio side, Fort Triumph does have a rousing soundtrack that suits the vibrant graphics and some pretty decent sound effects. Disappointingly there’s no voice acting for the single-player campaign although given this is an indie title that’s not too surprising.

Fans of turn-based strategy games will be well catered for while the jolly, fantasy setting makes a nice change to aliens and soldiers. The RPG aspects are fairly basic and a competitive multiplayer option is sorely missing, but the core gameplay is great fun and provides a staunch challenge.