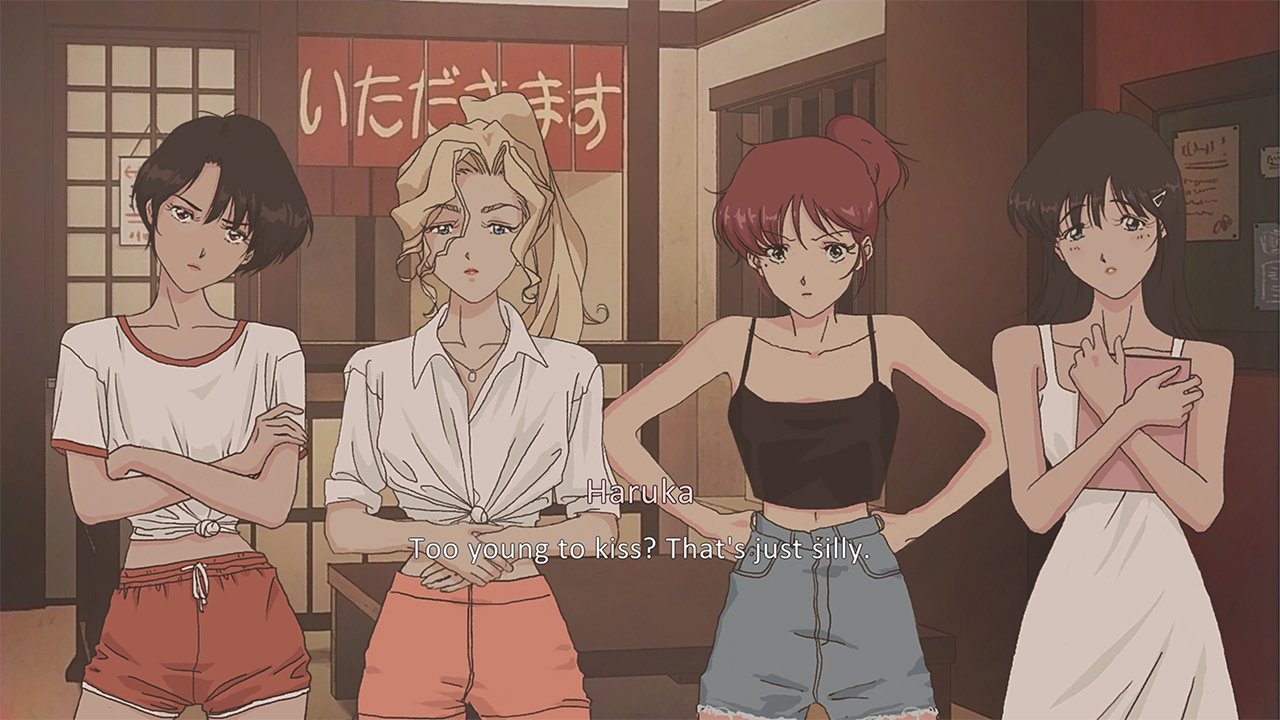 I have no idea how I keep ending up in these situations. I think it’s because the Switch is made by Nintendo, and, for years, I was under the impression that Nintendo is only for little kids. So when I got the Switch and suddenly was able to pick up these games that are CLEARLY not meant for children, I gravitate towards them in defiance of what I was told as a young gamer. Sometimes You, the publisher, has had a hit or miss history with games on the Switch, delivering some interesting, artistic, engaging, but sometimes dull ports from other consoles. So when I saw they were bringing something called Pantsu Hunter to the Switch, I honestly didn’t hesitate: I knew this was either going to be fantastic or trash, but I would have fun in either case. And, to my great surprise, it’s much more of the former than the latter.

Pantsu Hunter, as a game story, is ridiculous and probably very offensive to some. You play a dude who is sort of good at everything, but not really proficient or dedicated to any one job or task. Instead, you’ve become obsessed with finding true love, which is natural in games all about romance and things like that. But, instead of merely relying on getting to know women through conversation, time together and generally being a human being, you’ve concluded that their underwear tells the most about them, through color, style and shape. So, naturally, you’ve decided that you’ll target some women through a series of misadventures, chat them up at their homes, and then see how many pairs of their underwear you can steal/find through comic bumbling, perfectly terrible timing, and Rube Goldbergian methods that really should be illegal. Honestly, if this game wasn’t crafted the way it is, this would almost certainly be a quiet admission of a series of sex crimes somewhere on the West Coast and a warrant would be issued. Thankfully, there are several elements at work that not only makes the game work, but it makes it, dare I say, enjoyable. 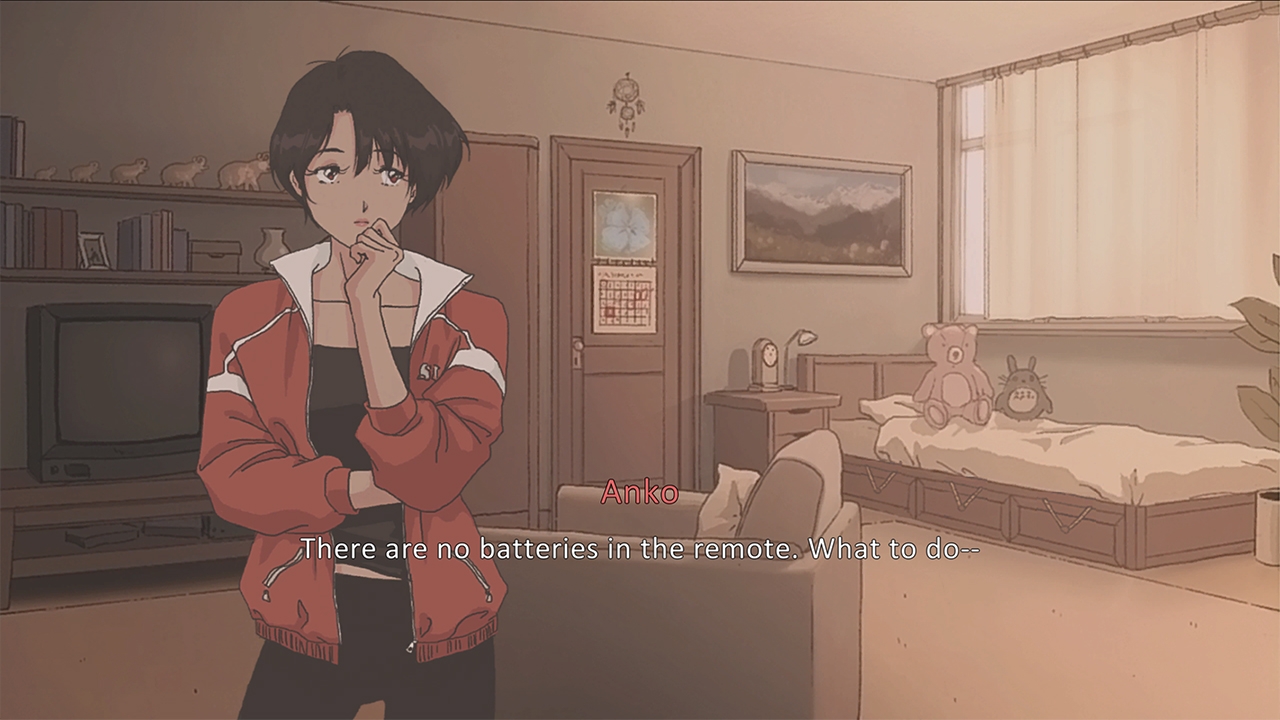 Firstly, the game’s presentation is absolutely key to ensuring that it works in a non-creepy way. Part visual novel and part point-and-click adventure, Pantsu Hunter captures the visual and aural aesthetic of the anime from the late 80s and early 90s, evoking memories of Ranma ½, Project A-Ko, and, most central in my mind, Golden Boy. The art style for both characters and settings is drawn in a way that instantly teleports you nearly 30 years into the past, when this kind of thing would have been deemed acceptable (and is really the only way it doesn’t come across as unbearably creepy). It’s not just the art, either: the mentality and technology of the era (one of your first tasks is to fix a VCR) combined with the fashion of the time (running jacket over t-shirt) shows there was a lot of consideration put into how to best frame the game and make it sincere and true to the origins. Similar to how Back in 1995 broke the controls and made everything a polygonal mess, Pantsu Hunter adds enough synth ambience and mild sepia to the whole game to really put you back into the anime of the time.

Additionally, Pantsu Hunter really does its best to steer you in the direction that you SHOULD be behaving and talking to women in order to be a potential mate. Even though you’re a bonafide creep who is stealing underwear from multiple women (and that definitely can come back to haunt you later), you often have the choice between saying something that a normal person would say, and then what a sex offender might throw out. If you choose the ultra sleazy line, you’re going to usually get a bad ending on the spot (and every scenario has multiple endings, so it’s worth doing for a laugh). Saying the right thing which is usually just how you would talk to another human will result in positive reciprocity and the game moving forward, with each scenario concluding in a good ending, a closer step towards finding love, and usually at least one or two pairs of underwear. Hey, I said it was “better,” not “best.” The game is still called Pantsu Hunter.

Gameplay moves forward how you’d expect, with a larger focus on problem solving through point-and-click methods than just simple dialogue branches. With Pantsu Hunter, the dialogue is important for getting the good ending, but the logic problems are what make the panties appear, and you do need at least a couple of pairs collected before you can move onto the next scene. Using either the JoyCons or some touchscreen controls, the player is able to ferret out different items that, by and large, will lead to the hiding place of underwear. A few times, you’ll have to work out logic puzzles, with some giving you clues (a diary may lead to a pair of undies hidden in a book) or some you just need to guess until you get it right (a colorful panel hidden in a bedroom that unlocks a pair of panties). However, a majority of the game is guesswork, so this may turn off players who enjoy having clues softballed to them or have logical progression in the face of some ideas. Truthfully, you can play the whole game and get every single ending in well under eight hours, so don’t be afraid to mess around and have fun to see what comes of it, because, well, bad decisions lead to amazing interactions with our heroines. 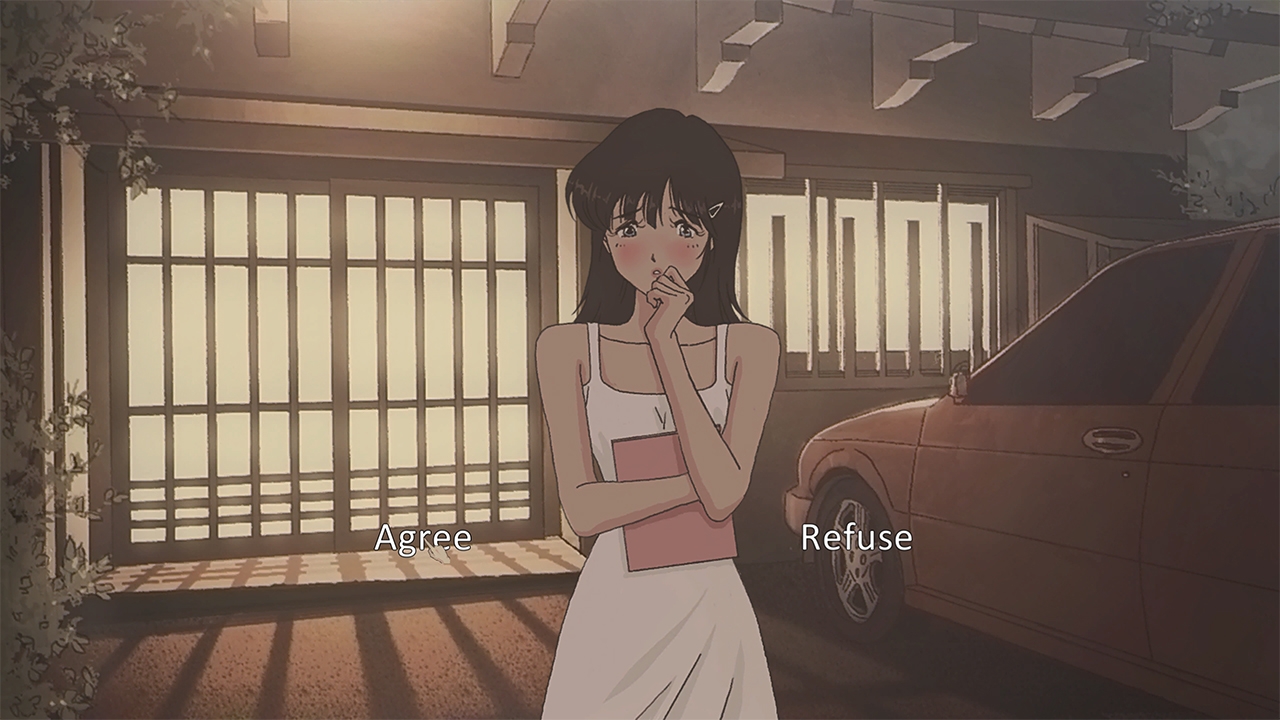 Initially, I was disappointed because I thought Pantsu Hunter was totally silent, but it turns out that Sometimes You has it set so that the Switch version auto-mutes ALL audio, so be sure to toggle them on ASAP. Not only are the groovy tunes something to really put you in the mindset for success, the English voice acting is perfectly, amazingly reminiscent of the 90s (more towards the 80s, but I digress). Normally I’d want to have the Japanese voices for something like this, but the delivery of the lines, the pitch of the voices, and the variance of emotions is so evocative of the dubs that I grew up with that I couldn’t help but be totally onboard. If you ever had VHS copies of things like Bubblegum Crisis, Urusei Yatsura (which is directly referenced here), or even classic Dragonball, you’ll feel right at home within the game, complete with the melancholy delivery of important lines and overly dramatic expressions of nothing. I was so damn happy with this, it really defies expectations.

I guess the only downside to Pantsu Hunter is that it is relatively short, and it might be too in the middle for some fans. On the one hand, it’s not terribly perverse, there’s no nudity or implied nudity (other than you getting naked a couple of times, off camera), and the most offensive thing is the language that gets used at very appropriate moments. On the other, you’re literally tricking women into letting you into their homes so you can steal their underwear for your female analysis journal, and you still get to end up with one of them at the end of the game, so that is, to use a word, problematic. But, if you can put aside a lot of woke ideology and put yourself into a cartoonish version of a time machine, Pantsu Hunter is a genuinely fun time that is sprinkled with humor, insane logical leaps and a lot of replay without a massive amount of “payoff.” It’s worth the price of admission for the capture of the era alone, and the additional gameplay is just icing on the cake.

Pantsu Hunter: Back to the 90s Review

A time capsule of a game, it’s stunning that Pantsu Hunter can be so enjoyable while still being so questionable all in the same breath.