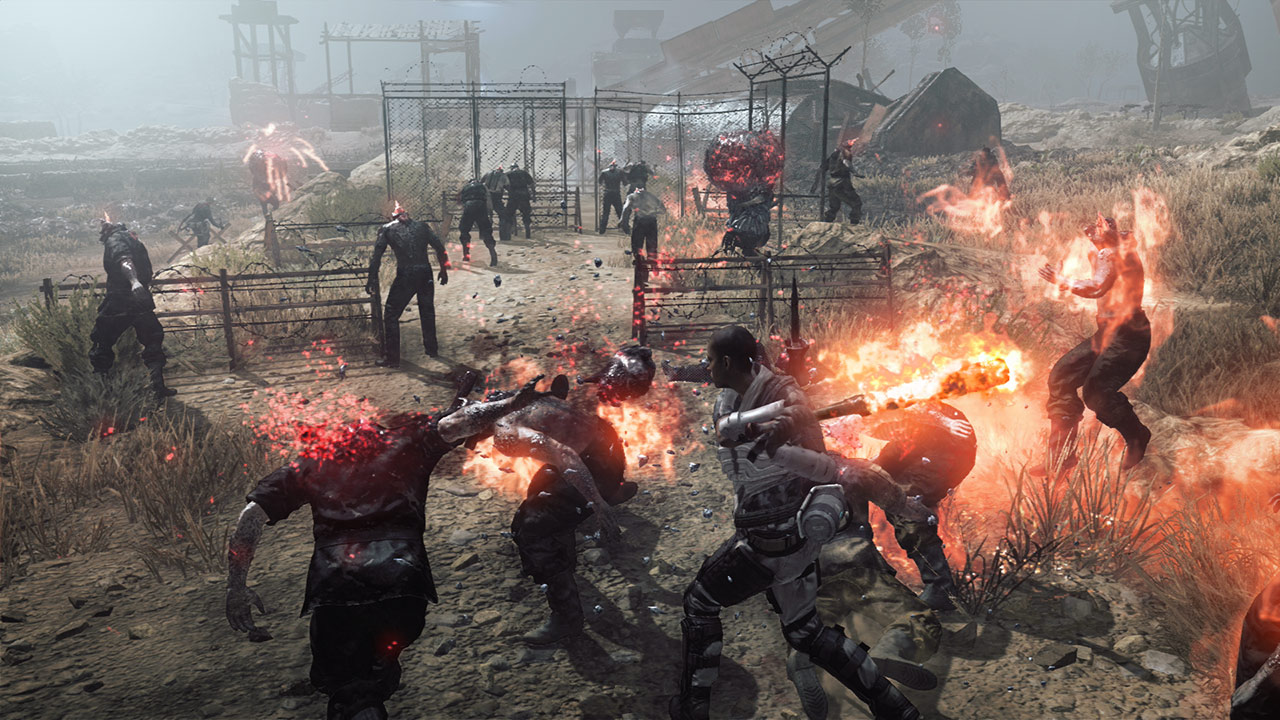 Mainstream gaming press, has now reached probably the lowest point in its history. Sure, back in the 80’s the readership numbers were much lower than today, simply due to the limitations of the internet. But the early games magazines, and later their online counterparts had something which all major, modern outlets lack – readers’ trust.

In recent years, nearly all games related sites turned into proto-political outlets, used by be the quote-on-quote journalists to force their political views, and personal opinions, onto readers who only wanted to learn about all the new and upcoming games. And to no surprise, the vast majority of potential readers has turned away from the major sites like Eurogamer, and turned to indie outlets, and online personalities. Because they prefer to learn how bad or good a particular title is, and why such is the case – instead of learning why certain writer loved the décor of a single corridor in a 20-hour game.

Metal Gear Survive, has launched on PlayStation 4, Xbox One, and PC, on 20th of February – just over a month ago. And as many individuals outside of the inner circle of the mainstream games press have predicted, nearly all big sites have scathed the title at hand and gave it incredibly biased, and crushingly low scores. And that’s not because Metal Gear Survive is a bad game, but because they had a bone to pick with Konami, for how the publisher is supposedly trying to milk the franchise, after the unceremonious and forced departure of Hideo Kojima.

As you might have already guessed, in the real world of sane and reasonable people, Metal Gear Survive is far from the four out of ten, or even three out of ten catastrophic tragedy, which some have painted it out to be. In fact, it is a solid, and highly entertaining co-op-based survival game, situated within the universe of Hideo Kojima’s Metal Gear. And despite of what some have been saying about this game prior to launch, Metal Gear Survive, treats the franchise within which it is situated with great respect, and builds upon the foundations with which it has been provided.

When Metal Gear Survived has been first announced, many were afraid that it is nothing more than a cheap cash grab, set to bank in on the name of the highly respected franchise, while it is still hot. However, Metal Gear Survive is not just a Metal Gear game with some zombies thrown in – it is much more than that.

The core plot of Metal Gear Survive is centred around a supernatural phenomenon, where wormholes which are connecting numerous worlds, like a fibre cable, have begun appearing on earth, and transporting as much as they can, onto a dead world named Dite. Which in itself has been cannibalised by a disease, which is also rapidly spreading through the aforementioned wormholes. And your main task within Metal Gear Survive, is to infiltrate Dite, and learn how to stop the supernatural phenomenon from occuring, and most importantly how to prevent the crystal-based disease from spreading. 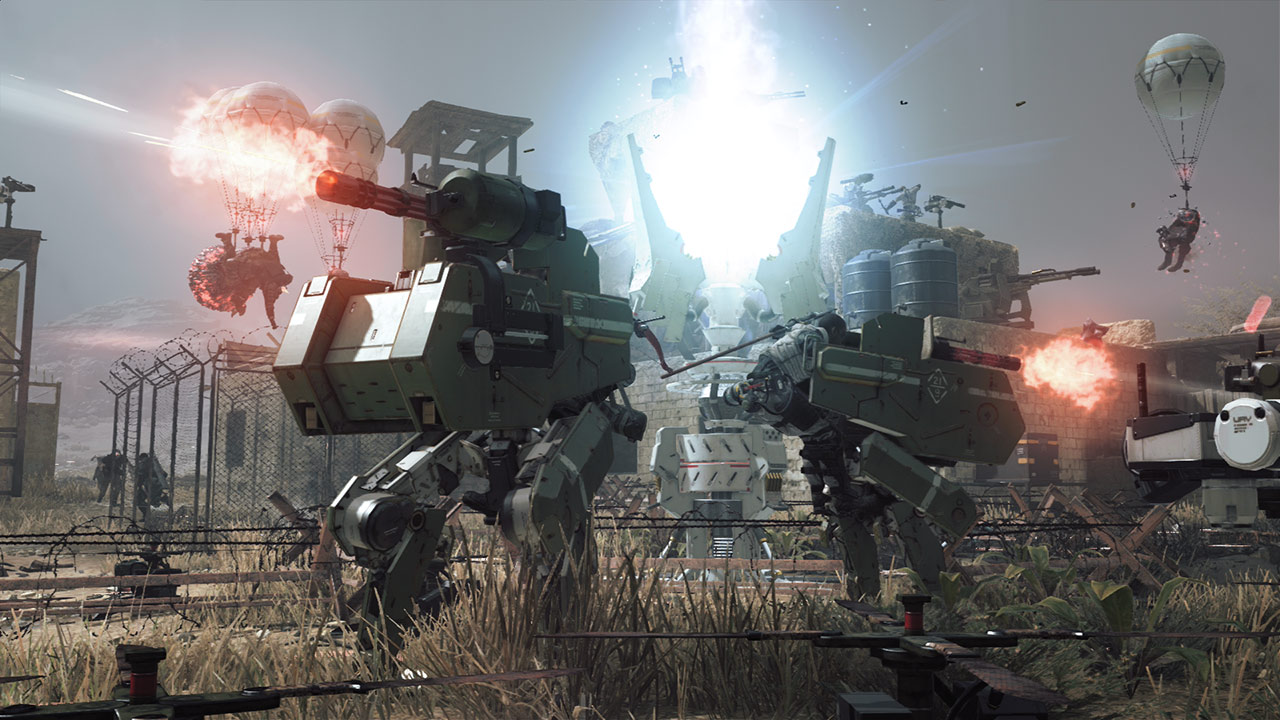 The main plot of the title at hand, may not lead Konami to winning a Pulitzer prize any time soon, but it is complex and complete enough, in order to satisfy those who are looking for the next Metal Gear. And while the story of Survive may not be as expansive as the one of the core Metal Gear Solid titles, it is definitely much more coherent. As all that happens within the game, is backed up by factual information, which clearly explains ‘who, what, when, and why’. And most importantly all in-game events are justified by the title’s fictional past, and equally make-believe science which is utilised within.

Story wise, Metal Gear Survive, is a satisfying and most importantly fulfilling experience. But unlike its predecessors, Survive is not all about the story, as its main selling point is oriented within its gameplay. And while it does not follow the same rigid formula of Metal Gear Solid 4, or even 5, it is still incredibly satisfying, even if it is not as crystal clear, or as revolutionary as Hideo Kojima’s latest, and unfortunately last endeavour within the franchise.

Within Metal Gear Survive, you won’t find enemies who are constantly evolving and adapting to your gameplay, or a cast of active NPCs who can aid you in any of your missions, but what you will find, is a game which has clearly borrowed some of Metal Gear Solid 5 elements, but has managed to create its own clear, and concise identity. The core gunplay and traversal, just like a plethora of other gameplay-oriented elements, have been copied from Metal Gear Solid 5, and pasted into Survive. However, the developer behind the title didn’t stop there, as the studio at hand has only used Metal Gear Solid 5’s mechanics as a stable foundation and built heavily upon it.

Just like all survival games, Metal Gear Survive, is all about making do with what you have, and slowly building towards a brighter, and much more evolved future. And while the title is not forcing you to start with literal sticks and stones, it does only give you a metal spear – which has to be created using Survive’s satisfying, if at times confusing crafting system. And as mentioned above, Survive just like all the other survival games, starts rather simply. However, as you make your way through the early tutorial, you slowly begin to learn how expansive Metal Gear Survive truly is.

When you first start playing Metal Gear Survive, you will run around blindly, stabbing wanderers, the in-game hostiles, with a spear, hoping, praying that they won’t get you. But within the first couple of hours, you’ll learn how to craft chain link fences, which can be used to trap the wanderers, which can then be taken out one by one, using your trusty spear. And before you’ll notice, taking out wanderers one at a time will be a thing of the past, as you’ll be now taking them out with a rife from a sniper’s nest, located at the edge of your heavily fortified base. 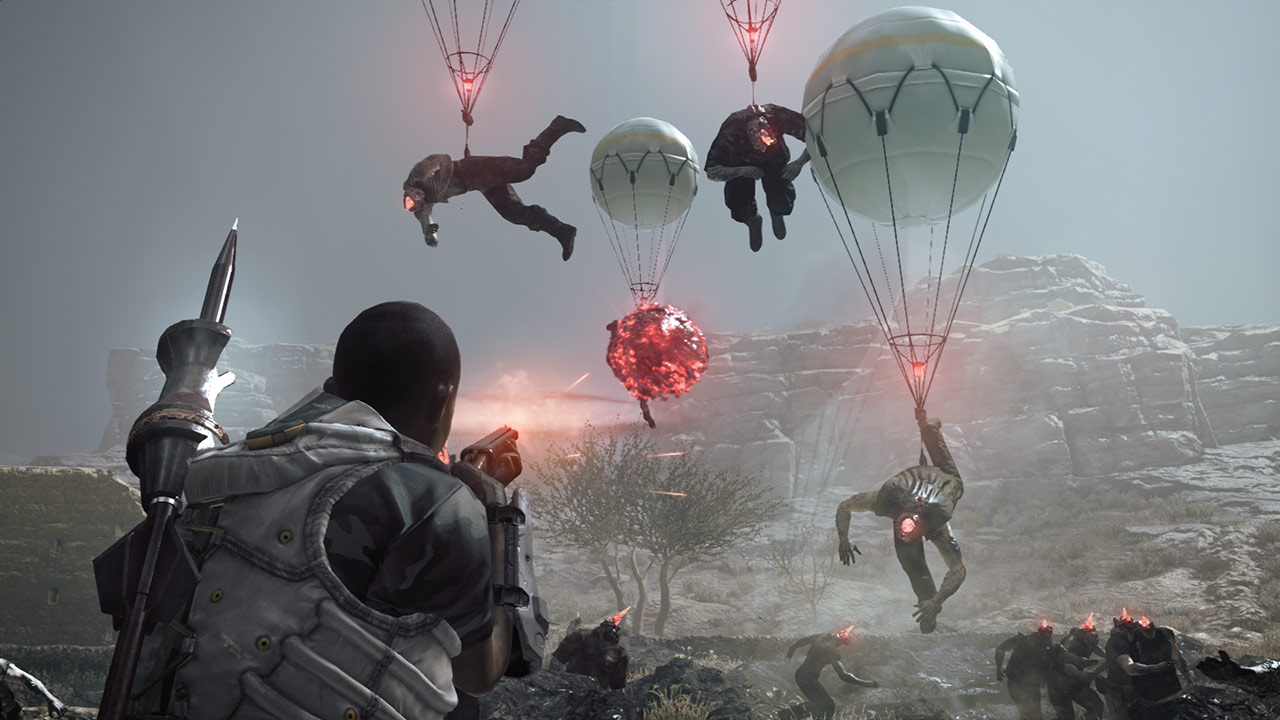 The best thing about Metal Gear Survive is that it grows with you. And whenever you’ll come to a false conclusion that you know everything there is about Survive, it pulls yet another joker out of its sleeve, and shocks you in a brand-new, and unexpected way. And this ultimately allows the title to maintain its freshness throughout its rather lengthy 100+ hour lifespan. And while it definitely slows down towards the final third, the decline in introduction of new content and mechanics, isn’t in any way significant enough in order to spoil the game in any way shape or form.

Metal Gear Survive, at least on paper, may sound like a perfect game. It features a complex and fitting story, which is running in unison with satisfying and expansive gameplay. And one could ask, what more could one possibly want from a title such as this? And the answer is nothing. Because in order to elevate Survive to further heights, one would have to take some of its more infuriating and disparaging features away, instead of adding even more cumbersome luggage.

Konami’s games always suffered from the same jarring issue, related to their titles’ in game menus. Metal Gear Solid 5, Pro Evolution Soccer 2018, and now Metal Gear Survive, all feature UI, and menu screens which are incredibly overproduced, and to put it bluntly, unnecessary. And at times, having to jump through dozens of screens just to create and equip a new item, sucks out all the joy out of Metal Gear Survive, as something that should take no more than ten seconds, can at times take up to a minute. And if you are crafting numerous items, you can spend up to quarter of an hour, just jumping between hundreds of eye piercing, cumbersome, and simply unpleasant menu screens.

Since we are on the subject of things which are simply unnecessary, then Metal Gear Survive’s stamina, thirst, and hunger systems sure deserve a mention. As they are all as useful as a square wheel, or a knife with a blunt edge. And all three of the above-mentioned systems add a layer of a chore like activities to the game, which are not just dull, but also infuriating. And while hunger and thirst, can be excused as they ultimately also add a lot to the game through the addition of water and wild animal sources, then the same cannot be said about the stamina system. And some could argue, that considering Survive’s heavy emphasis on melee combat, stamina prevents the players from simply slashing through hordes of wanderers. However, it has to be pointed out that Survive’s stamina behaves in no way alike to the one of Dark Souls, meaning that once you are out of it, you don’t just slow down to a walking pace, or are simply unable to dodge out-of-the-way of your opponent’s strikes – no, you stop completely, and soak up damage like a sponge; and this could, and will drive you crazy.

Metal Gear Survive, just like all of Konami’s titles, features a number of questionable design choices. But despite of an abundance of on-screen furniture in form of the soul-destroying menu screens and UI, or the rather painful stamina system, it is still a great game. It is no way shape or from perfect, but it is definitely miles away from the four or even six out of ten title, which many perceive it to be. And despite of what your opinion of Konami may be, it should definitely not prevent you from getting on the Metal Gear Survive bandwagon, which due to false public perception, still has a massive number of empty seats – undeservedly so.

To summarise, Metal Gear Survive is a deep and complex survival centric game, which will satisfy even the biggest naysayers, without a shadow of a doubt. And it feels and plays like a complete, and meaningful AAA experience, despite of its rather low price point. And if you are in the market for an incredibly rewarding and entertaining co-op game, in vain of Dying Light, then Metal Gear Survive is definitely for you, and your friends. And unlike other titles of the online survival genre, such as ARK: Survival Evolved, Metal Gear Survived is a complete and working product, which will surely not disappoint you in any way. And deserves your attention, despite of what some may say.