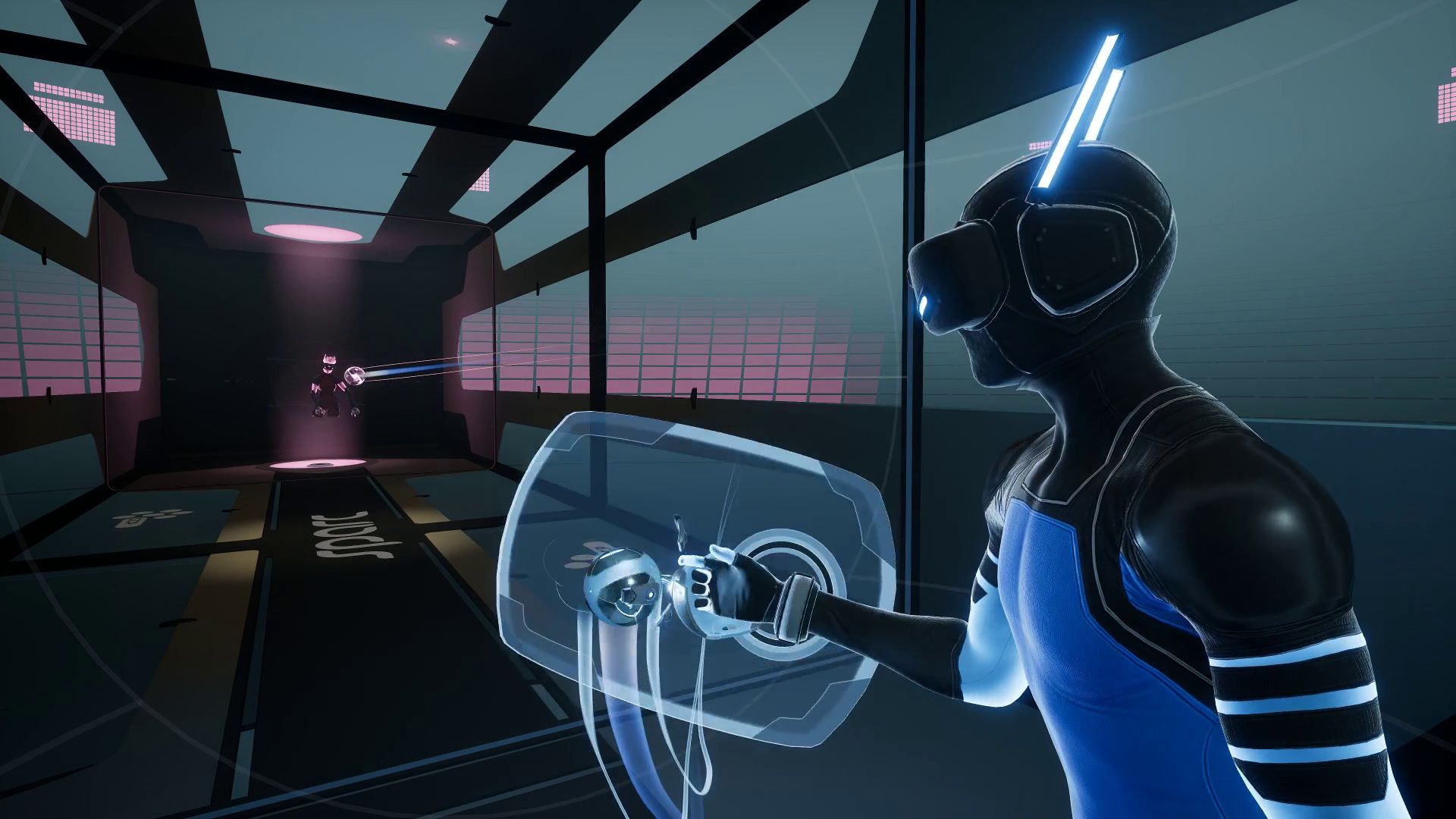 It’s been a year since the PSVR was released to the masses and it’s gone from strength to strength. Don’t get me wrong it’s had a few blips and low points along the way but in my honest opinion the PSVR has had a successful year and laid a solid foundation for the future. And the final foundation block happens to be a real cracker of a game that has become my current go-to game of choice. Sparc, from developer CCP Games is a simple game with neon Tron like visuals, it’s basic premise is very like something I played in the school playground years ago, a game we called sting ball (think of the movie Dodgeball and your half way there).

You have two players either end of a narrow court, both players have the ability to play two balls – your own and your opponents. Using both move controllers you can throw and catch your own coloured ball and deflect your challengers sending it back towards them at speed. However, it’s not just a simple case of throw and catch as you can use your surroundings to achieve a perfect ricochet or add spin to your throws catching your opponent unawares.

Also, if you manage to catch one of your own returning balls (easier said than done) it can be used to create a one-off shield, timed well it will send your opponent’s ball back to them at pace just as you throw another of your own which will often result in a score of some kind. On the basic (easier) level you also have hand guards equipped so again with a well-timed punch this will also send the ball spinning back. 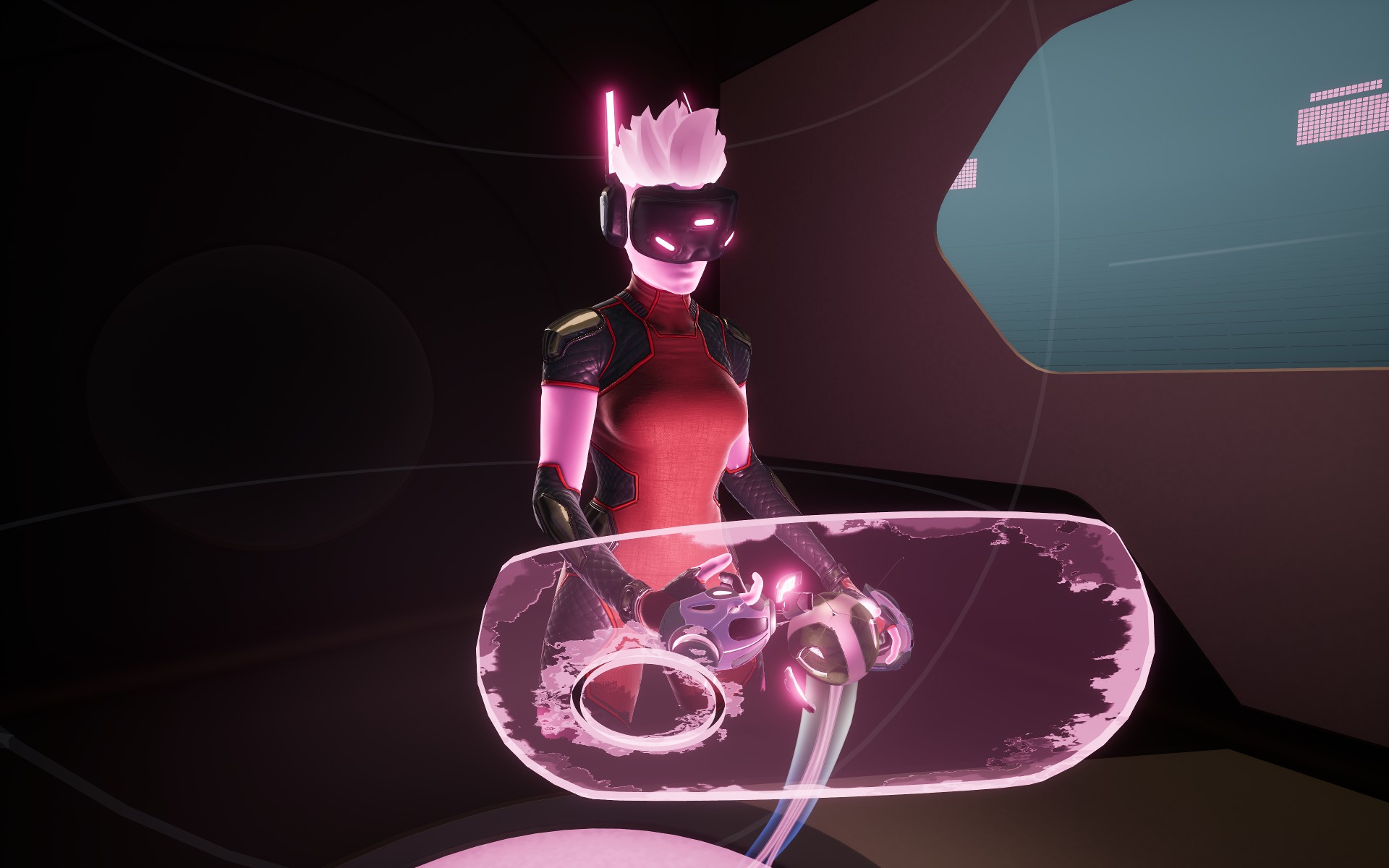 Games types are varied with three main components – basic is a timed game with highest scorer winning, second option is the first to reach the set points and the third and most advanced includes both the above along with added obstacles and extra wall’s putting the training you hopefully mastered during the off-line mode into good use.

The overall goal in Sparc is to strike the circular zone right behind your opponent as this will increase the speed and size of your own balls thus making the challenge of winning a lot easier but hitting the body of opponents also adds points to your tally, this is especially useful if playing the highest score wins’ matches.

Earlier I said it was a simple game and in both gameplay and controls it certainly is, you only use two move controllers and the move button but dodging is all on you, so like SuperHot VR make sure you have cleared a decent space in your playing room because you will be ducking and diving all over.

One thing that should be commended above all else is the tracking, never once did it miss-track me and it was able to detect even the simplest of sudden moves or twist/flick of the wrist. Sparc demands physical body movement so it wasn’t long before sweat was pouring over my PSVR headset and the controllers were slippy in my hands, but in all honesty, I’m not the fittest specimen of man.

The only downside to Sparc is it’s currently online only, there is a single player element but it doesn’t involve any A.I game’s just practice modes, which I strongly suggest you complete as it teaches you all the skills required to become a decent online competitor. So, if you’re an unsociable gamer (not judging) then until developer CCP Games decides to bring out a single player mode I would consider it a pointless purchase.

But if you’re a fan of competitive online sport’s and just can’t resist a decent challenge then this is a must buy, the three game modes on offer ramp up the online skill challenges quite dramatically and will require experience to pit yourself against the top players, also with quite a vast array of customisation you could spend plenty of your gaming time just configuring your appearance. 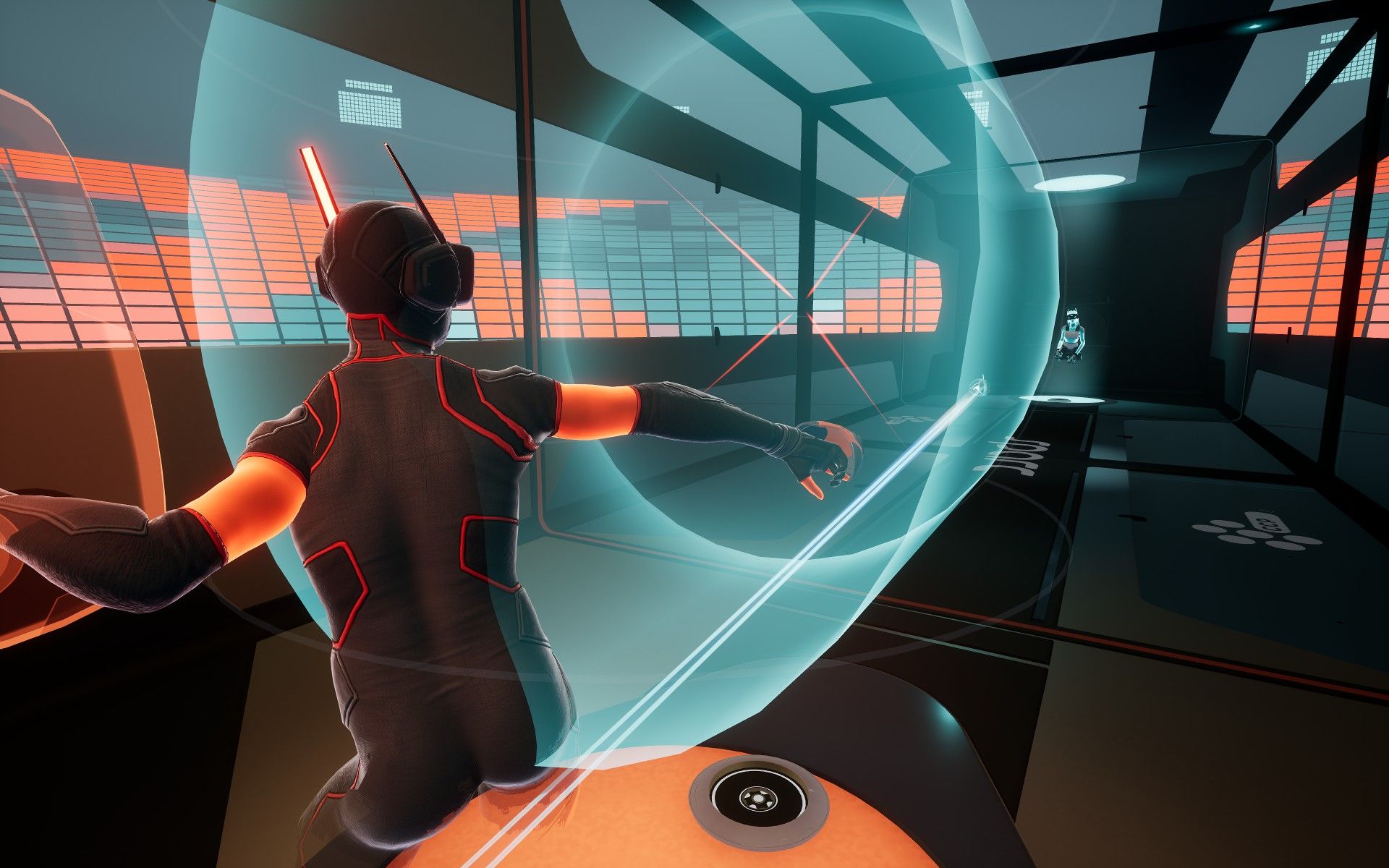 Games can be up to four players but only two play at once with the other non-player’s waiting their turn observing. This option itself has been well thought through as if you’re not in the mood to play any games then you can simply join the lobby and watch in real time. Your also have the joy or hindrance of voice chat which can become quite vicious at times but the option to mute is clearly highlighted, however get a decent respectful opponent then the fighting talk is simple fun and sporting jest across the court.

Overall Sparc is a fun sweat inducing game of dodgeball and with simple control’s and perfect tracking it can be played by anyone who fancy’s a challenge. But the lack of any sort of single player matches, basic online options and no soundtrack (except for the effects) will certainly lower its overall appeal. But if you are up for a competitive one on one challenge and have plenty of energy, space and above all a decent level of fitness then I can recommend Sparc.

Sparc is a beautiful simple but challenging game that brings a fitting end to PSVR’s first year and demonstrates with time developers are figuring out how to break limitations and bring more challenging and original ideas to VR. A perfect piece of online sport’s but loses a point due to the limited single player options.