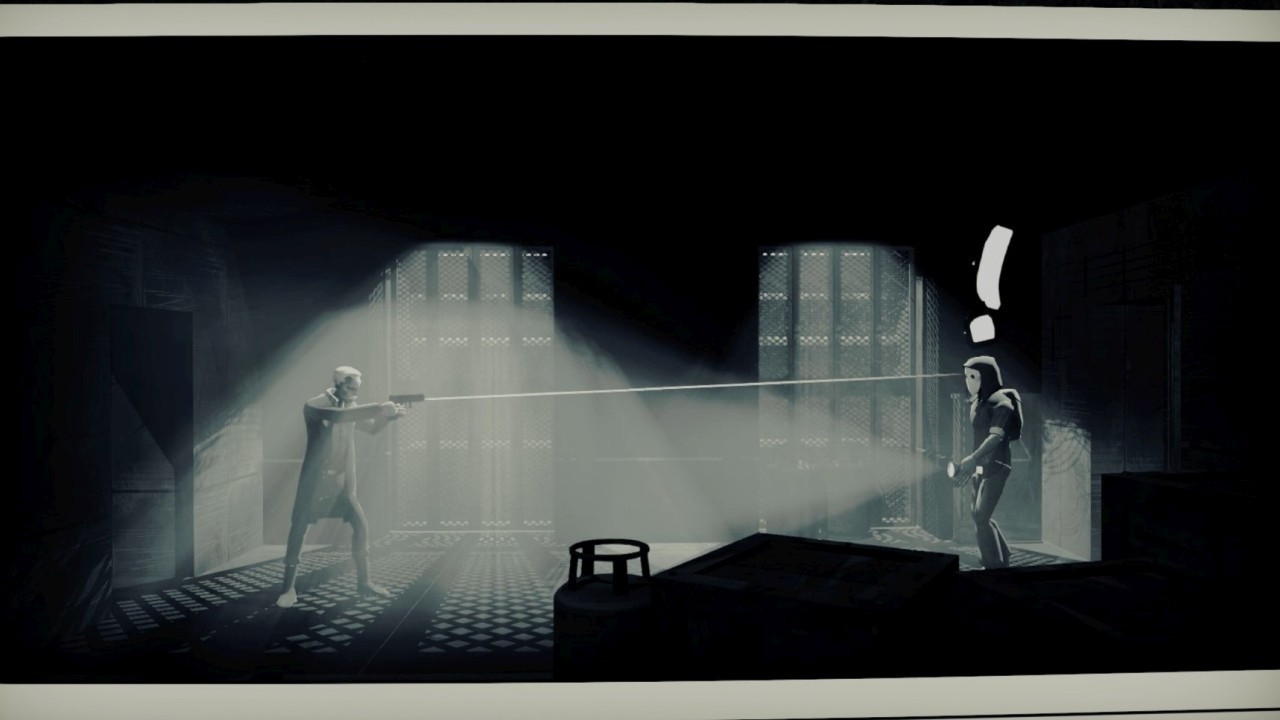 Controls: Controller or Keyboard and Mouse

Find a way to make a future.

This review was for Steam

Imagine a world where everything is connected, where everyone knows every intricate detail of your life, from your interests, love life, career, movie interests, and even where you live. The only way to truly disconnect from the radar is to get rid of the digital footprint you’re leaving each time you sign up for an app on your phone or any other electronic device. The government is grading you with your contributions you make to the Internet community. If you choose to neglect this duty to society to like every post you see, they will investigate you and encourage you to think differently. But in this case, encouraging means chasing you down with a drone and tactical teams because you are straying away from what they want you to do.

It would be fair to say that the lines of fantasy and reality are blurred in this game, as social media dominates a majority of our lives. Thankfully, we still have the freedom to choose to unplug at will, and the game, Liberated, focuses on this concept that it is still worth fighting for.

Welcome to Liberated. It is a living comic book side scrolling experience that isn’t afraid to hold back on your feelings. You are wrapped in a world where the social media craze grew to an astronomical level and the government has used this as a way to not only keep tabs on all of its citizens, but forcefully demanding that you only contribute positive content and nothing in defiance of their policies.

The first thing I noticed when I booted up this game was the layout and art style. The layout is a living and breathing comic book. You’ll start each level in a comic panel and after clearing each section, you’ll transition over to a new page and flip to another part of the story. Another notable thing about the atmosphere of Liberated was the gritty tech noir feel. Everything is grainy, grey, and white, giving that immersion of hopelessness in this monitored society.

The menu brings up some basic options. You can start a new game, continue where you left off, explore DLC, look at the settings for the in game action, and exit the game. As with all my reviews, I quickly fired up a new game and got to work. 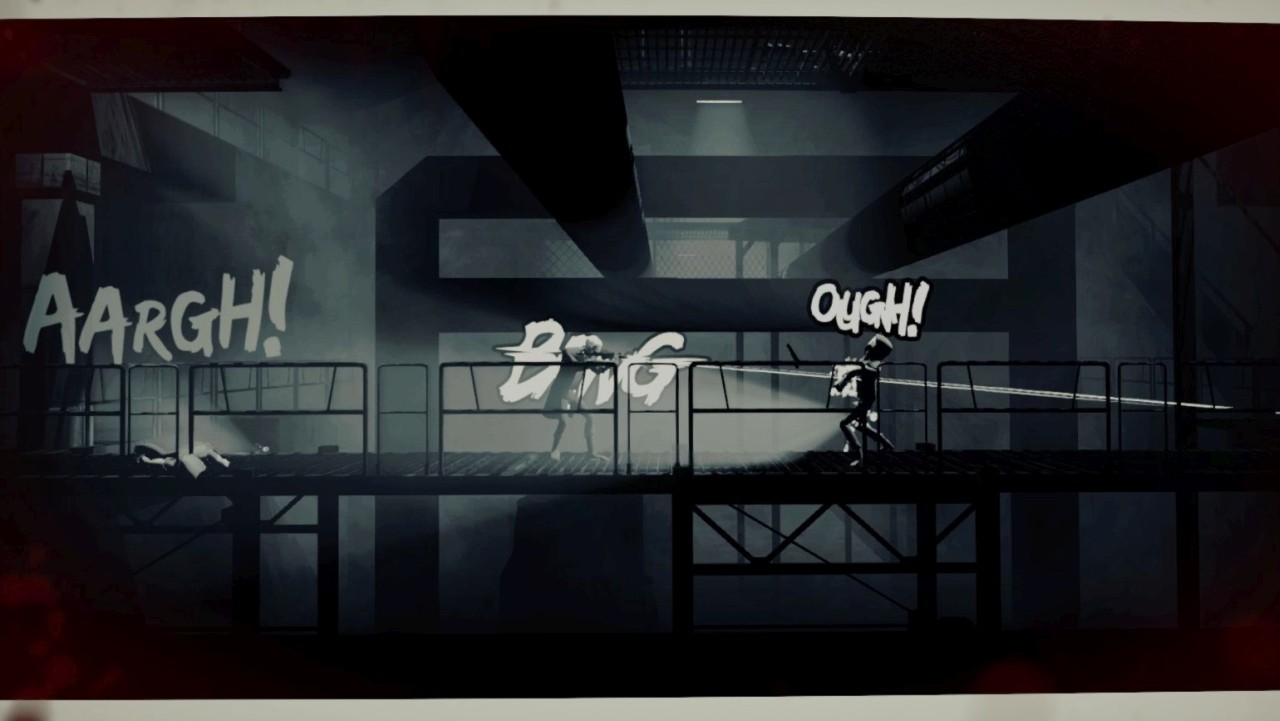 The game play of Liberated is a side-scroller, with action and stealth elements. You control Barry using the standard arrow keys on a keyboard, or using the D-Pad and control sticks on a controller. I recommend using a controller during combat as aiming with a mouse was troublesome and led to me reloading a lot Vs the patrols that got the jump on me. Barry can also climb and jump over obstacles, using a space bar and being prompted to climb something with the coordinating button. An interesting part was when I encountered an area I needed to dive underwater with, which was good for variety, but provided little purpose other than traversing the area. The game also offered small puzzles, such as a hacking mini game or even a way to get a power generator back online by connecting specific wires together.

I began the game as Barry Edwards, pro hacker extraordinaire. His most recent activities have caught wind of the authorities and because of this, the game of cat and mouse begins. The game emphasizes stealth elements, such as hiding in between alleys or behind pillars to avoid patrols. But as soon as I acquired a gun, I started blasting my way through the patrols. Yes, it wasn’t subtle, but when you’re a fugitive on the run already, those split-second decisions can mean the difference between life and death.

Regarding split-second decisions, as I weaved in and out of areas, there were random quick time events that popped up. Of course, due to my lack of reflex, Barry quickly went down against a patrol or a hovering droid and I had to start again. There wasn’t a significant consequence for failing a quick time event action, except for near the end where it does factor into the main story line with Barry and how his arc ends. Without spoilers, it left me scratching my head whether there was a way to go back and see if I could try something different to alter the outcome. Or was this event going to happen anyway, regardless of whether I successfully did the quick time events? I may never know, but the game went on anyway.

The main story connecting Barry to his escape from the authorities was a splinter group known as the “Liberated”. They are a ragtag group of freedom fighters that comprise hackers, professors, wheelmen, and common people wanting to fight for the greater good. Their main goal was to empower the public to have control again of what the government was restricting for. Barry encounters them while on the run, and they take him in under their wing, where the plot thickens to take down the government’s control on everyone.

The story doesn’t end with Barry’s story arc. Liberated offers a unique perspective in the sense that it allows you to play the other perspective of the police and authority figures that are hunting down Barry and the Liberated, crushing them once and for all. Game play plays the same, except for the armed tactical teams and hovering drones aren’t chasing you, but instead accompanying you to hunt down any remnants of the resistance group. 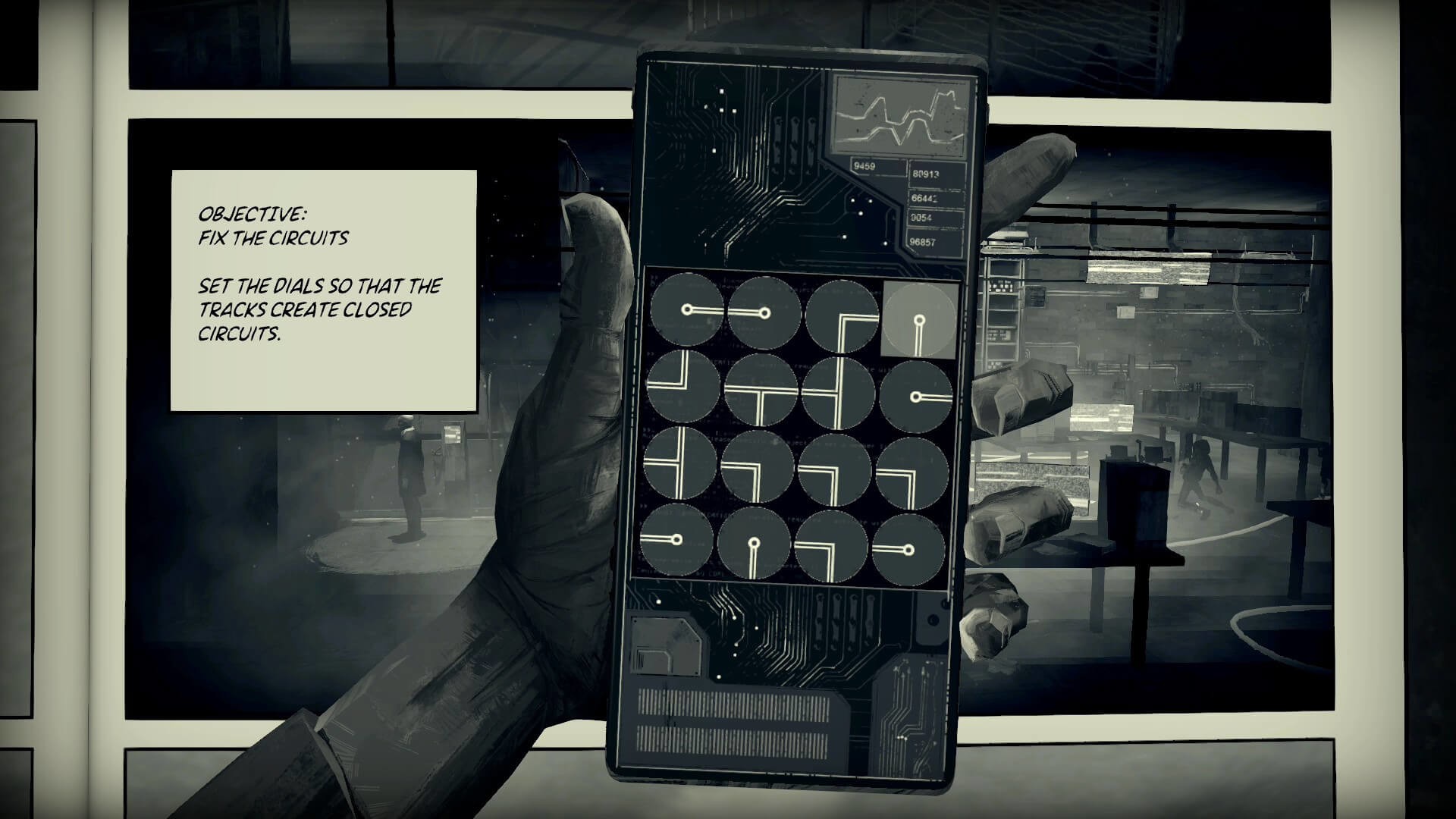 Liberated was a satisfying, yet lacking experience for me. The strongest things you should take notice immediately about this game are the art style, musical atmosphere, and layout of the game. I can respect that not everyone may enjoy the traditional page by page comic book game play, but I found it refreshing in an open sea of many indie games. The game did a great job injecting that sense of bleak danger, accompanied by hopelessness to Barry’s crusade with the Liberators because of always being on the run and vastly outnumbered. Even when the story ended, I pondered what other areas of the world had been affected by the dominance of social media control, and not only in Barry’s slice of the world.

As many good things as the game had, Liberated brought with it some issues that interrupted my game play from being smooth. The first problem I had was unless I memorized all the controls, the settings menu didn’t remind players or even new players what the basic controls again, which can frustrate if you visit the game later after taking a break. The next thing the game was lacking was there was no dire consequence for going through the run and gun game. There were a lot of times where I didn’t take a stealth approach against guards only because I wanted to get through the level as fast as possible. I was expecting this loud path of chaos to be met with a higher alert level, more guards, and drones, but I was surprised to find out nothing happened and the game still happened. Either Barry is a crafty hacker that can evade everyone, or I just got lucky getting away all the time.

Another thing I wish Liberated overhauled later or in a sequel was variety in weapons. Yeah, I understand Barry is supposed to be on the run and not engage in combat with his pursuers, but at a certain point, he has to stand and fight. I think it’d be interesting if he had some sort of baton or Taser (or even a pet robot?) to help him evade the police and make it to Liberator home bases. Or even a feature where he could call in support from an outpost, setting up traps or maybe hacking a drone to distract the cops.

I didn’t loathe my experience with Liberated, but I held my expectations too high for this game. For what they created with the story, characters, and the universe, Liberated offered something that is easily overlooked in the gaming libraries of today. If you can get past the minor flaws of wanting more and take the game for what it is, Liberated is a bleak, but enjoyable experience that teases you with more at the end. But the payoff is never there. The replayability is low, because once you finish the main story, all there is left is to play all the DLCs.

The developers released two free DLCs for this game. During my play through, I wasn’t able to properly get Glory to the Heroes DLC to work, but I plan on following up on it in a future review. I would recommend getting this game on sale if you like a strong story based game experience compared to the typical twin stick shooter or action RPG. I will commend them for making the content free for fans and I wouldn’t mind visiting this universe again in a sequel or more future DLC.

Liberated: For The Homeland & Glory To The Heroes Review

Liberated is a tech noir thriller with a variety of action and puzzle elements. Stay on the run from government tactical teams as you team up with a resistance group that is fighting to restore power to the public to take control of their lives again.