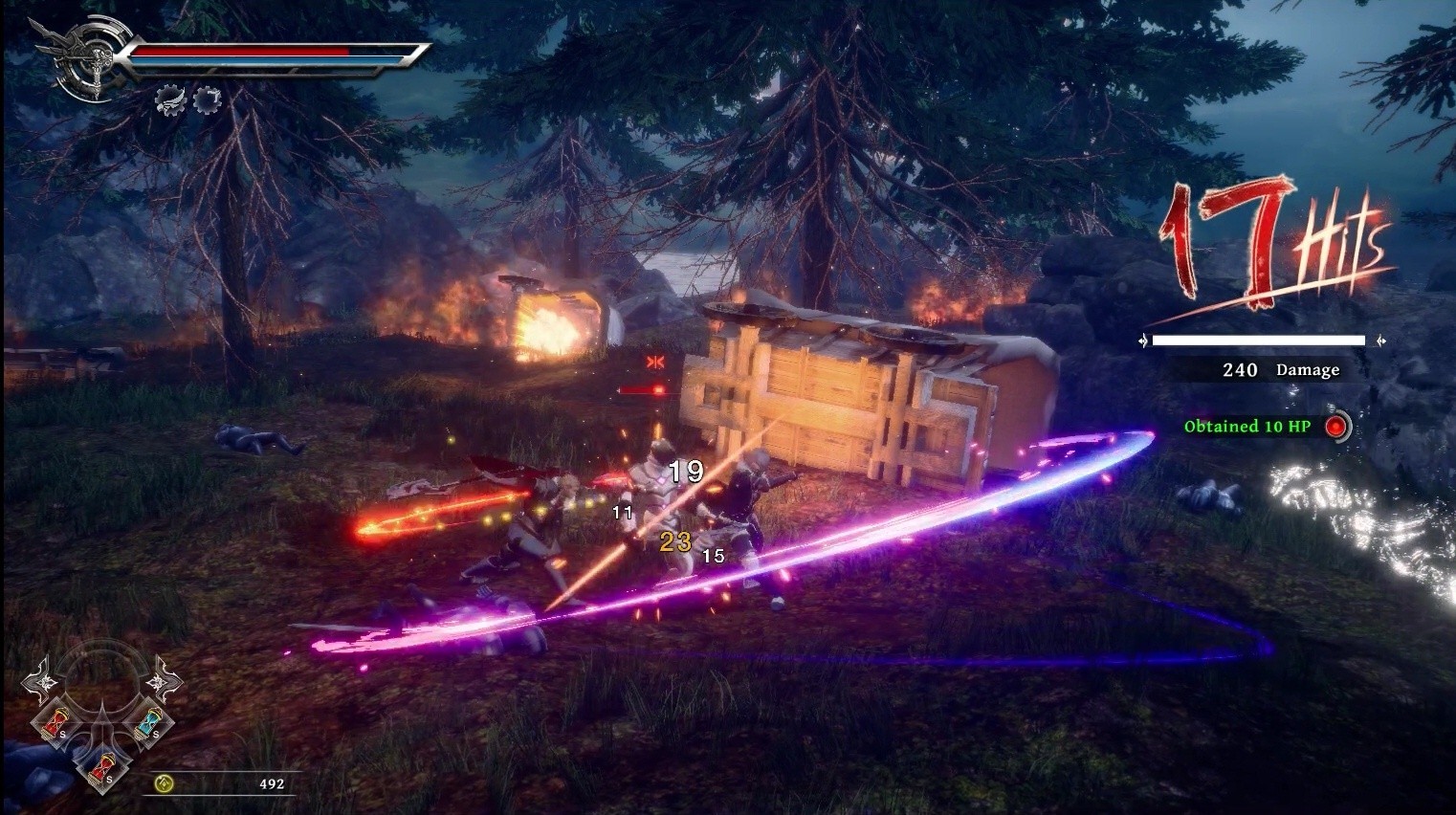 AeternoBlade II: Director’s Rewind is an action role-playing game with elements of puzzle & time manipulation developed and published by Corecell Technology. Originally released on October 5th, 2019 for Switch, Playstation 4 and Xbox One and was known as AeternoBlade II! When I first picked up AeternoBlade II: Director’s Rewind I really didn’t know what to expect since the entire franchise was new to me. After playing, I can say for sure that it met my expectations and yet lacked some elements. Think it might be something worth your time? Let’s take a look! 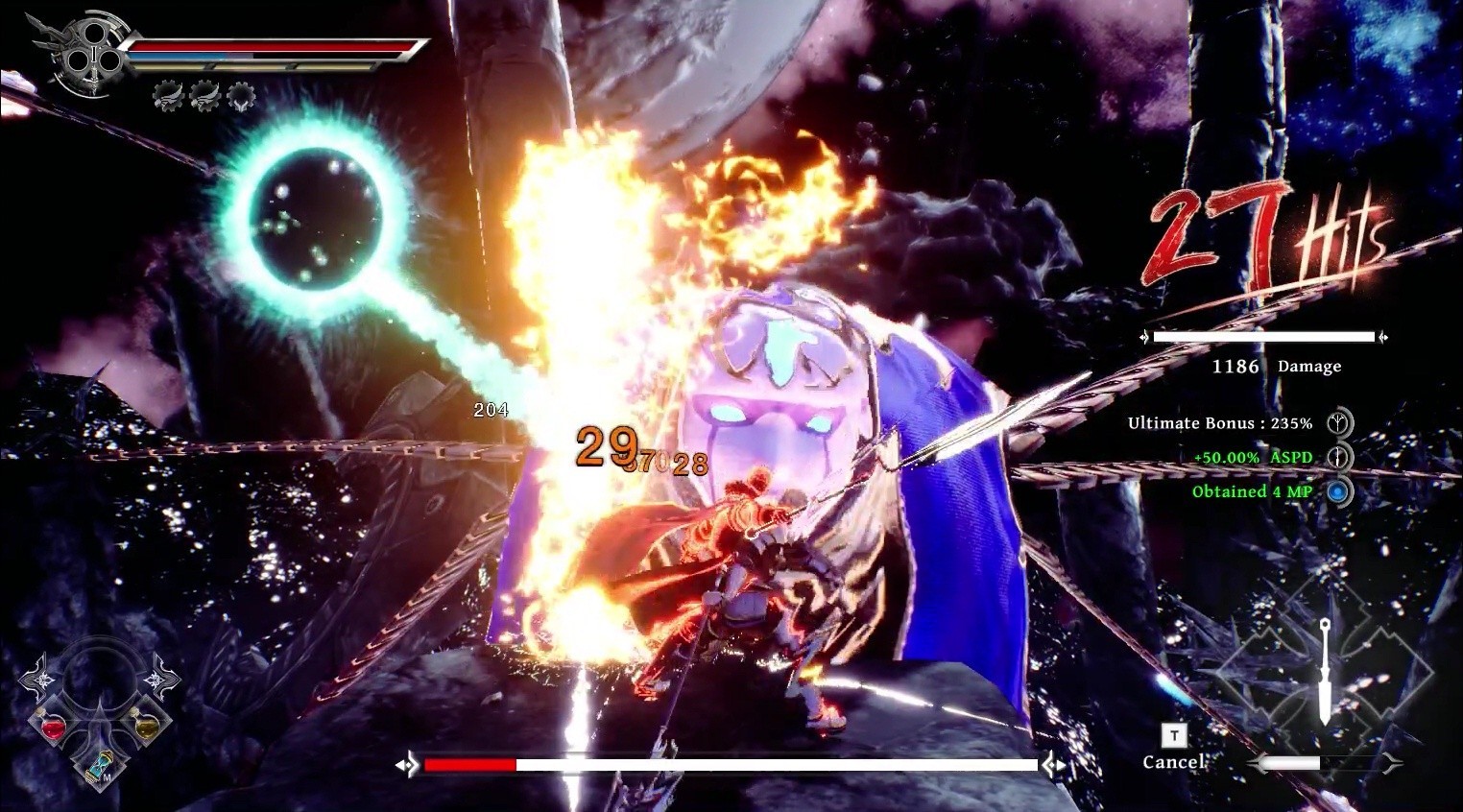 The story is told through the perspective of multiple characters and since I haven’t picked up the first title, I’m actually a bit lost. As far as the story goes, after the event of the first title, there was a time of peace until an enormous hole appeared up in the sky which led to chaos upon the world. The main character Freyja won’t face the danger alone as long as Felix and Bernard are standing by her side! The three of them headed towards the location of the hole in order to put a stop to all the chaos. As earlier mentioned, being an action role-playing game, it still does a great job focusing on the other elements and the time manipulation aspect. Some can even freeze and rewind time, how cool isn’t that? For an example, if you try to get to a certain area and if a gate closes on you, then it would be possible to use your power and get through.

Since we’re talking about time manipulation, let me explain the time blinking mechanic! Early on in the prologue, you will be taught how to dodge whenever you see a pink blink from your enemies. By successfully dodging at the right time, you will perform a counter-attack that will pack quite the punch. It is really a useful thing to pick up fast since there will actually be foes that can only be defeated by the counter-attack. Other than using your time manipulation abilities, you will also use your normal basic attacks! If used correctly, you will be able to juggle the enemy into a devastating combo. That is the more satisfying part about the combat after all! Personally, my favourite playstyle is attacking an endless amount of time until I have racked up the combo counter! 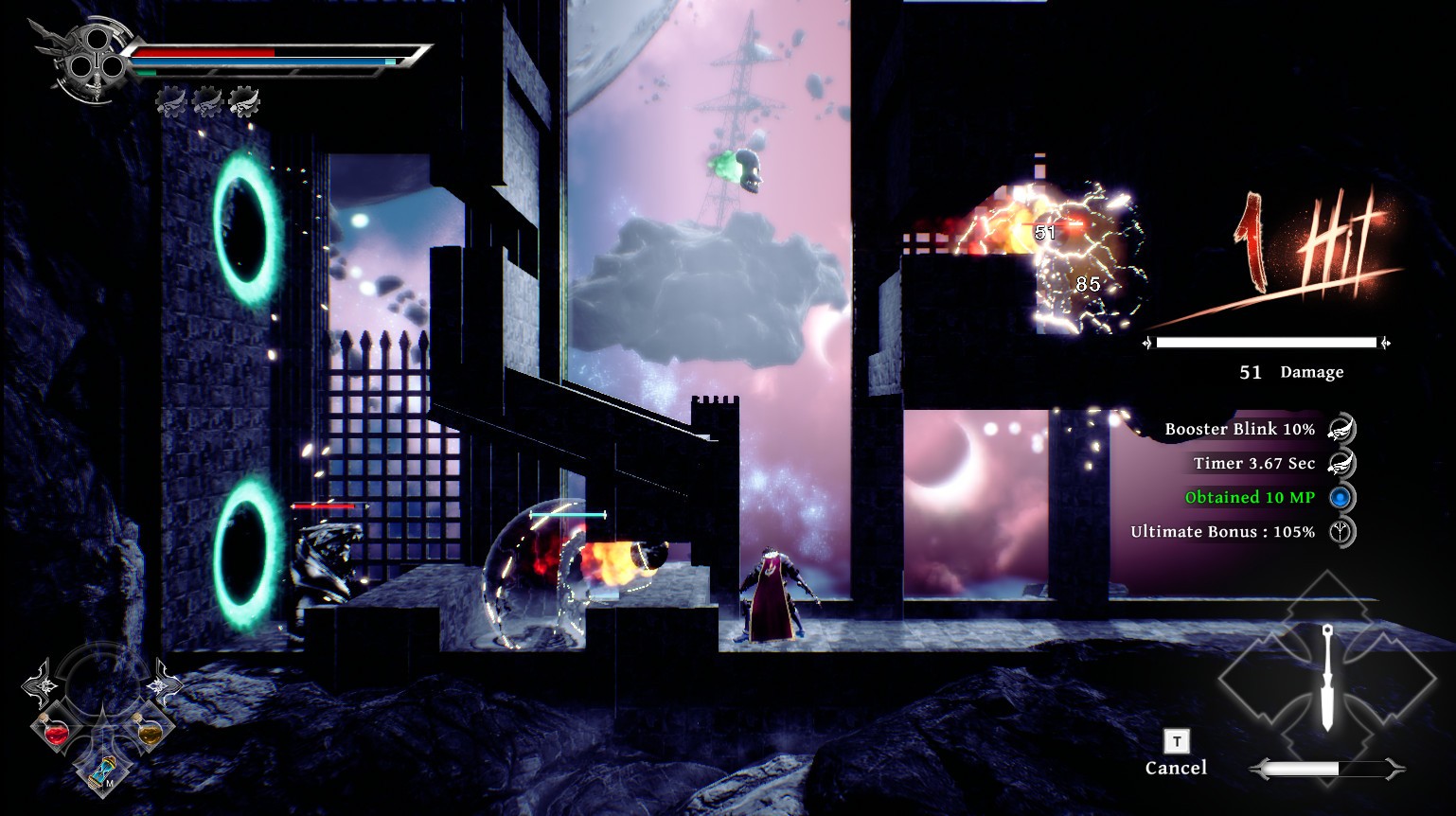 What also makes the experience quite nice is that the characters feel different from one another in their playstyle. This makes Freyja pretty much the best character suited for me! The roleplaying element comes in when you can upgrade the stats of the characters as well as equipping them with certain relics that will grant different advantages.

AeternoBlade II: Director’s Rewind is just one of those games that you would want the best possible stats because of the difficulty. That being said, the difficulty can be changed nonetheless if things get a bit harder than expected. There are some things that bother me quite a bit and that is the lacking immersion in the voice acting. I just kept laughing since I really didn’t take it seriously.

Allow me to wrap this review up! At the end of the day, AeternoBlade II: Director’s Rewind is a nice action role-playing game that I ended up enjoying quite a bit because of the action that was going on. Boss battles are fun and satisfying since there is always some sort of gimmick to them! I just love those types of boss battles! Are you into action games and don’t give a damn about voice acting? Well, then this might be a title for you.

In the end, it’s a decent title! The unique gameplay elements really makes this title worth your time! Voice acting is a bit weird but if it doesn’t bother you then you should give it a shot!