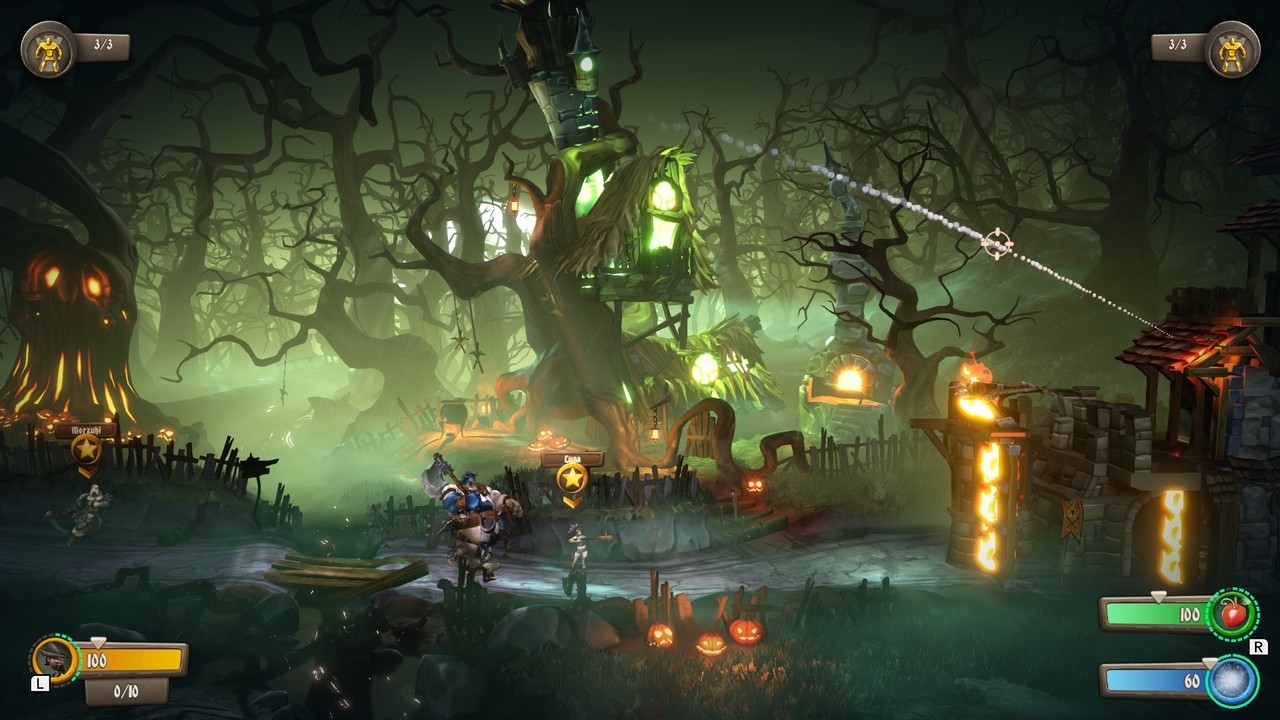 Without knowing too much about Castle Storm II, I assumed it was a mobile game ported over to the Switch. For argument’s sake, let’s say it was as it doesn’t matter, but with a mobile-like game, the production values are often in the light side due to the size of the app. From the very outset, Castle Storm II played out like a classic RPG such as something from the Diablo series or Warcraft (not World of Warcraft) as there was a lavish intro sequence and some quality character design. After the presentation was over, the UI and animation sequences were on par, and first impressions were excellent.

After a relatively lengthy tutorial that offers much more freedom than most (you could argue that it wasn’t a tutorial, more objective-based and tooltips for learning how to play), it became clear that Castle Storm II wants you to invest your time in its universe, and it would be time well spent. On the surface, it’s a turn-based strategy game set on a world map you can zoom in and out of on the fly, broken down into tiles you can move to. On these same tiles are resources to harvest, enemies to defeat and locations for structures to start a production line of armed units, weaponry and castles. 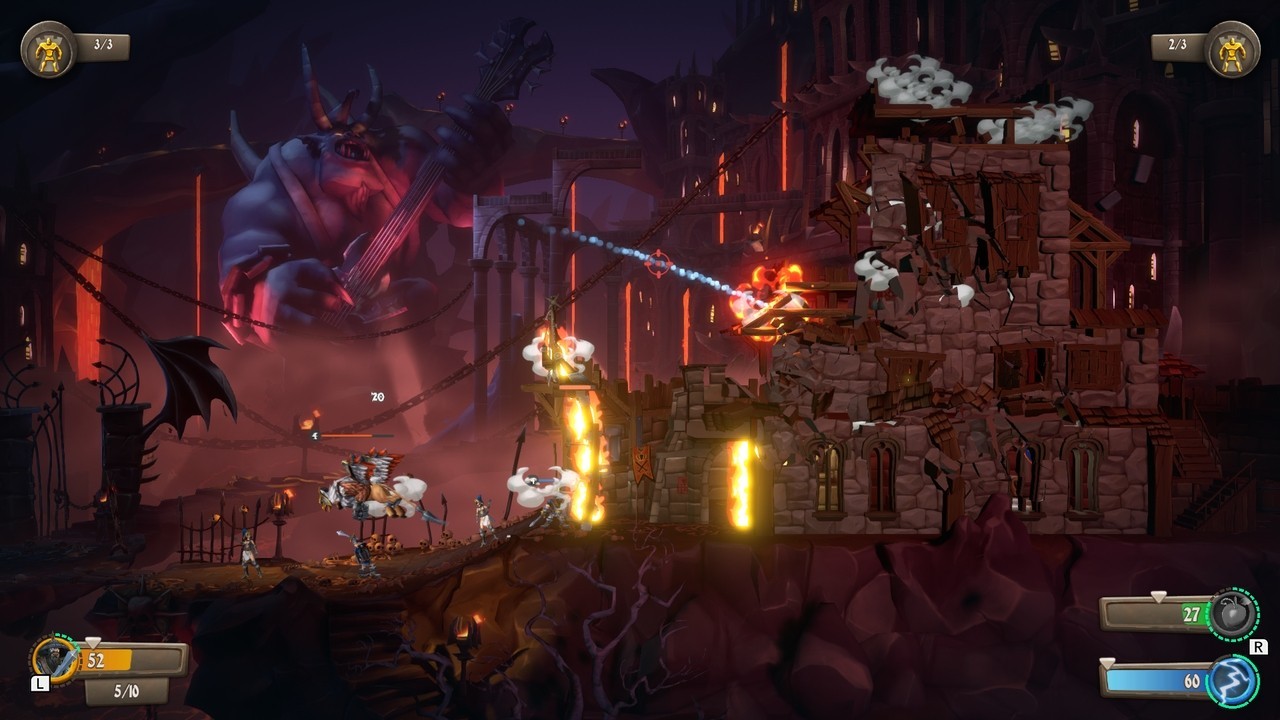 However, unlike most turn-based games, the combat switches to a real-time skirmish from the perspective of a side-on view of a battleground; either in a location relative to the tile, or with the backdrop of an enemy camp/castle you’re attacking, and vice versa. Initially, you can drop in your soldiers from ranged to melee, plus your hero. The more times they battle, the more experience they earn to level up and become more formidable. These same units are limited, however, and pending you aren’t ambushed, you can set up your army before a battle by buying new units and ammo as once you run out, you’ve had it. The same applies to your hero in almost all battles; if they die, you return to the nearest castle.

The actual combat is excellent as you initially take control on an upgradeable turret that can fire javelins, Molotovs and rocks among others, setting fire to your enemies or piercing their armour for the ground troops to finish them off. Said troops are AI-controlled, including the hero, but you can posses whoever you choose to take direct control at the risk of being unable to issue further instructions. Controlling each character is completed with the joystick, and you can perform melee attacks and aim a bow depending on who you’re controlling, even casting spells if you have the resources. You win a battle either by defeating the enemy outright or capturing their flag and returning to your base unscathed.

As with most combat strategies, the overall objective is to dominate the map and expand as much as possible. This means you can continually place new buildings, if you have the resources and gold to do so, growing your domain and having better visibility of the map. The more castles you own, and if you donate loot you come across to the people, your land becomes safer and less frequently attacked. On that basis, expect to see enemies appearing on the map intent on invading your base, so make sure the castle is fortified with troops, equipped with a variety of missiles as well as suitable spells. 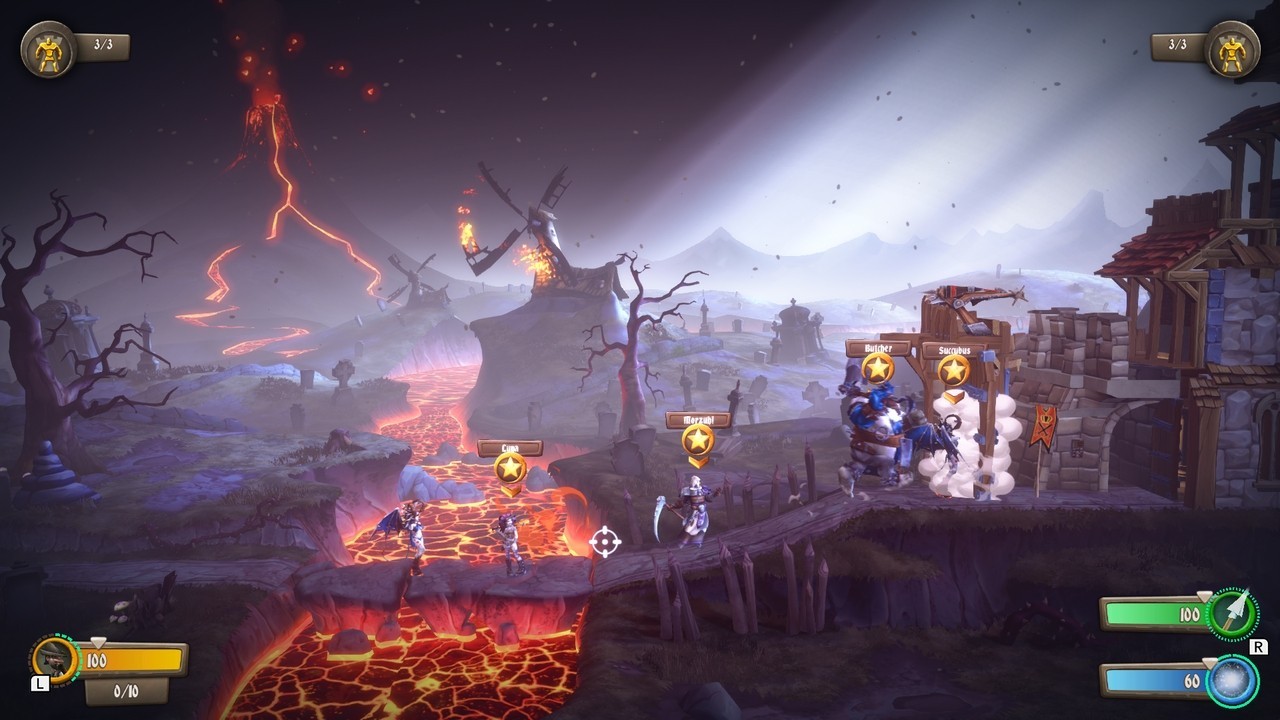 Between objectives and receiving sub-quests, you’ll see a dialogue exchange between your heroes and NPCs. It’s not fully voice acted, instead, a pithy line or two relevant to the tone, but the text is often very well written and will occasionally have you laughing aloud. The visuals for these exchanges, the maps and battle scenarios are pretty good from when I was playing in handheld, but when I shifted to docked, the graphics didn’t look as good – often blurry and needing a polish. Visuals aren’t everything, but the contrast between the two modes was pretty apparent, and it was mildly disappointing, albeit brief, as the actual gameplay was so enjoyable that I soon forgot this trivial issue.

As you can expect, controlling the units can be a little sluggish as you have to select them with the joystick and on-screen cursor. This is no fault of Castle Storm II as it’s a common issue with console games – a mouse would beat it hands down. You can increase the speed of the cursor which helps a bit, but sometimes aiming with a weapon will miss the mark as you can’t move the controller fast enough. Coupled with the right stick to shift the screen back and forth, and you may get overly frustrated that you can’t hit an enemy in time – especially faster units such as wolves. The amount of time they defeated me was embarrassing.

Castle Storm II is an excellent strategy game jam-packed with various mechanics that work. Turn-based strategy, lite resource management, real-time combat where you can directly control characters and a witty script that is amusing – it’s all here. It’s not convoluted with over-complicated UI and lore you need to learn before enjoying – I got into the game straight away and enjoyed every minute of it, including being eaten by wolves.

An excellent strategy game for your Switch that combines turn-based and real-time arcade-like combat wrapped into one. Admittedly the visuals appear better in handheld mode. Still, overall this feels like a big production and lures any strategy fan in from the outset without over-complicated UI and lore to digest.