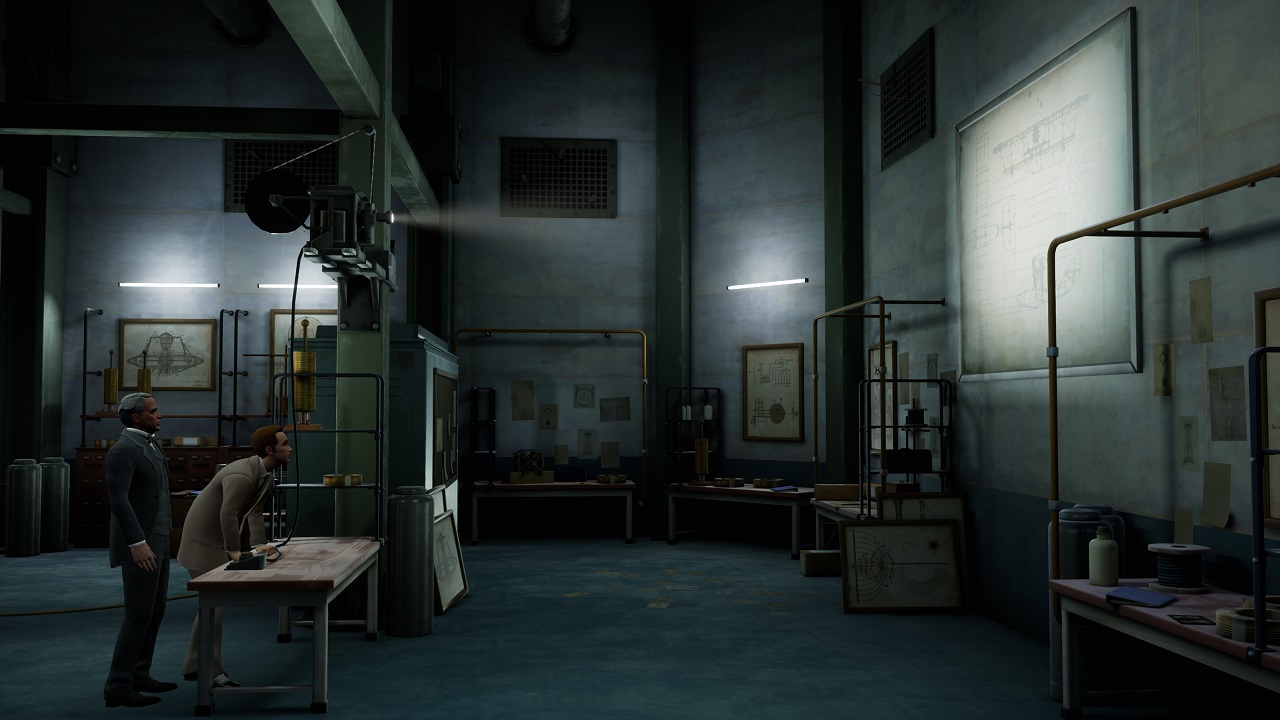 Developer Tequila Works can stand proud when it comes to their recent platform adventure game Rime, with only The Sexy Brutale and side scrolling zombie survival horror Deadlight before they are a very young developer but have shown considerable promise. So, after the success of these three titles you would have thought a newbie developer would play it safe and stick to a similar pattern to duplicate its past success’. But Tequila Works had other ideas, its most recent game and its first step into the world of VR can only be described as virtual reality Cluedo with a large dose of Agatha Christie and Tales of the Unexpected (if your old enough to remember) mixed in.

The game is broken up into several bite size chapters each aiding to the inevitable outcome and assist your deductive investigative mind with subtle pieces of a murder puzzle to place together and ultimately lead you to the culprit. But firstly, to call the Invisible Hours a VR game is maybe a little incorrect, it’s more of an interactive novel than a game. You are required to watch, listen, learn and remember with some added minor and basic object interactions but the draw to continue playing and watching is the excellent story which is told via its various beautifully acted participants.

The run time is around 90 minutes (Yes 90minutes?) but to solve the murder and uncover the multitude of side story’s you must play through it various times and the ingenuous aspect to all this is you are free to move around the mansion (a bit ghost like) and follow whoever you chose in real time. 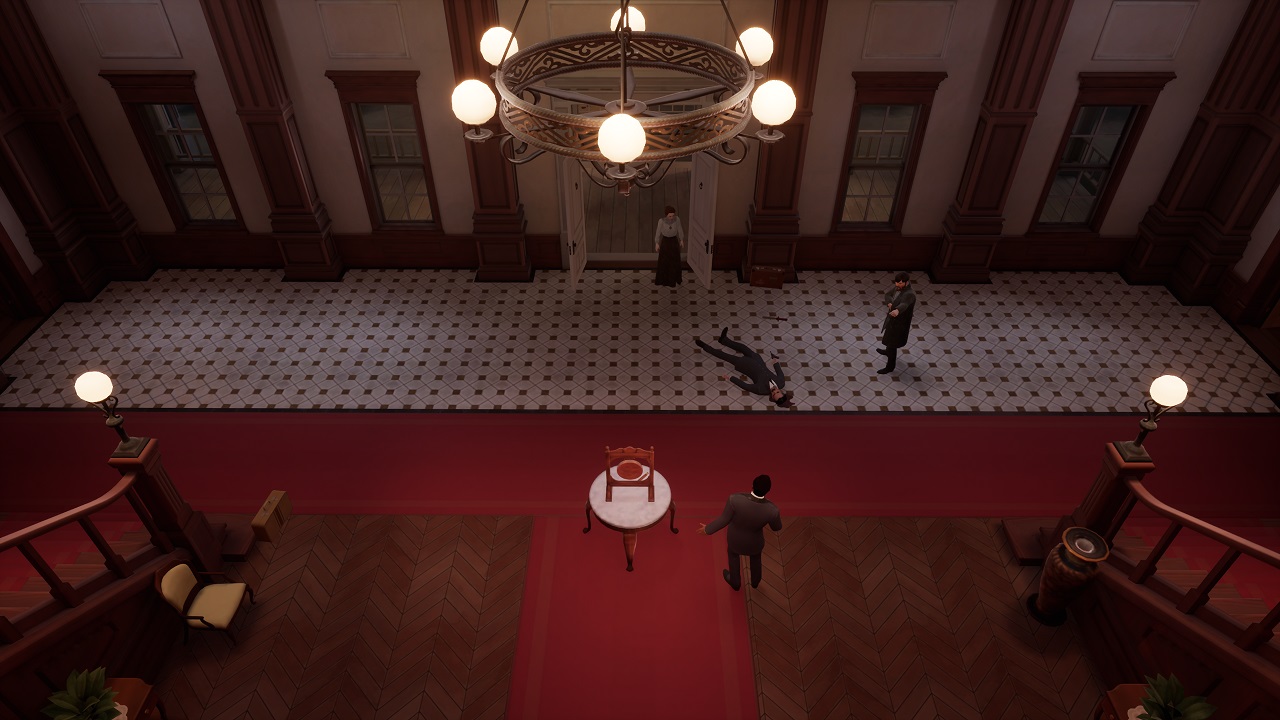 Each character has their own story to watch and secrets to tell, listen carefully and remember the facts as the various inter-twining story’s will slowly give up hints to help progression, eliminate certain suspects and ultimately lead you to the killer. Adding to this is the ability to fast forward and rewind time giving you the option to trace back the circumstances to something of interest that is currently playing out in front of your eyes, i.e., the butler arrives abruptly with a soaking wet jacket you can rewind and follow his past few minutes to see why his jacket is wet and it’s all these clever little aspects that really makes the Invisible Hours a brilliant and addictive experience to play.

I am currently on my 3rd playthrough and still getting big story revelations that I had obviously missed on the first two making me want to continue replaying to unlock all the secrets and story’s the characters and mansion setting may hold.

Visually it’s not as impressive as the story its telling with some extremely bad animations and the resolution can be quite poor at times with no sign of any PS4 Pro enhancements but this still doesn’t detract you from following the various intriguing stories to piece together the bigger picture and in my honest opinion is one of the most immersive experiences on PSVR to date.

The sound plays its part too with great 3d audio assisting with hearing distant conversations and events being held outside of your current view so you can then go off to see what is being said or done. Various other effects help you immerse yourself further into the mansion environment from crackling fireplaces to weather lashing the old glass windows. 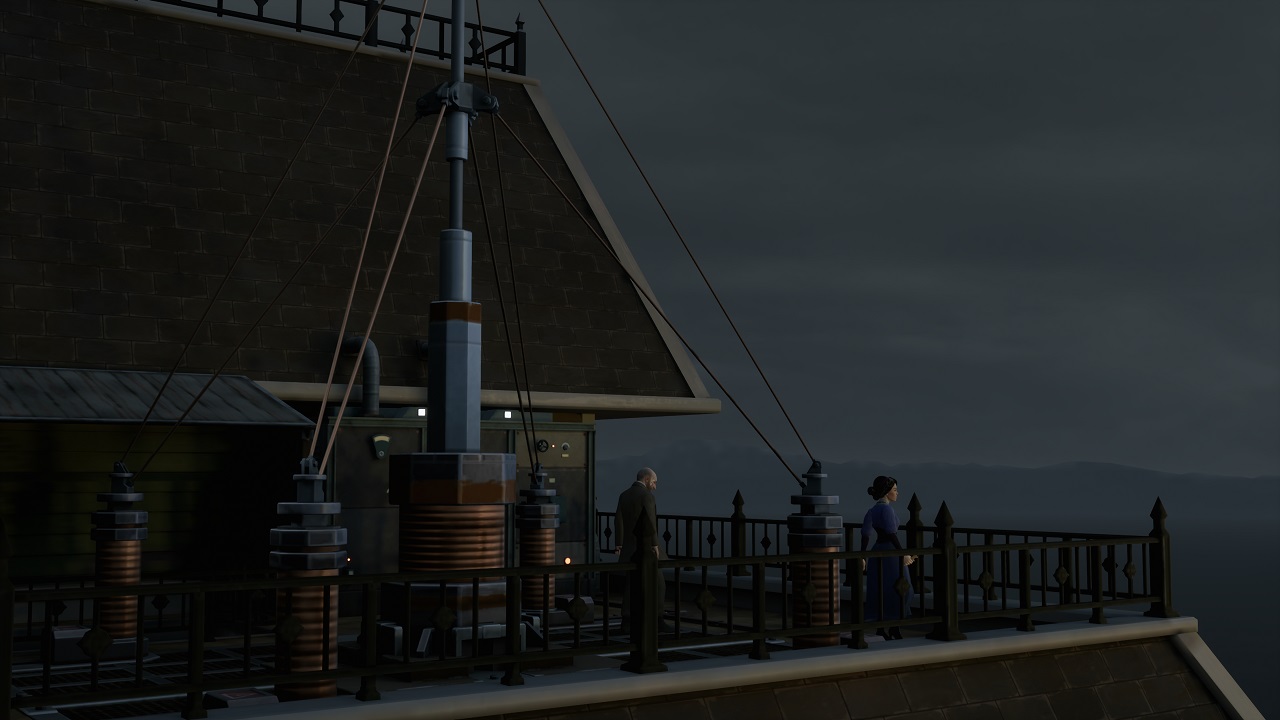 My only real personal gripe with the Invisible Hours VR implementation is the lack of movement options. Free movement is something as a VR player who doesn’t suffer extreme motion sickness I really want included in these types of games. The current setup uses spot to spot teleports and tuning is the standard 90-degree increments. However, you can automatically follow characters as they move around rooms but this is only from certain viewpoints and in certain rooms. I personally would like all VR games to have movement options as I feel the type used in Invisible Hours (one mostly used) is beneficial to combat motion sickness but slightly blurs the reality line most VR players are looking for.

The Invisible Hours is a great use of the VR for storytelling and what Tequila Works have made here is a perfectly paced and balanced slice of murder mystery with multiple characters acting in real time, giving you free choice to discover the various secrets at your own pace through impeccable acting, an intriguing story and a perfect setting.

Yes, The Invisible Hours has flaws and can be quite ugly at times but what it offers in terms of replays, story twists and the ability to (virtually) move freely around a stunning mansion setting puts this game well above most VR games. The acting is impressive, the story is gripping and I feel Tequila Works have created an experience nothing short of amazing, and for such a newly formed developer with only three previous titles behind them the future is looking good. I can whole heartedly recommend the Invisible Hours and is a must purchase for all PSVR owners.