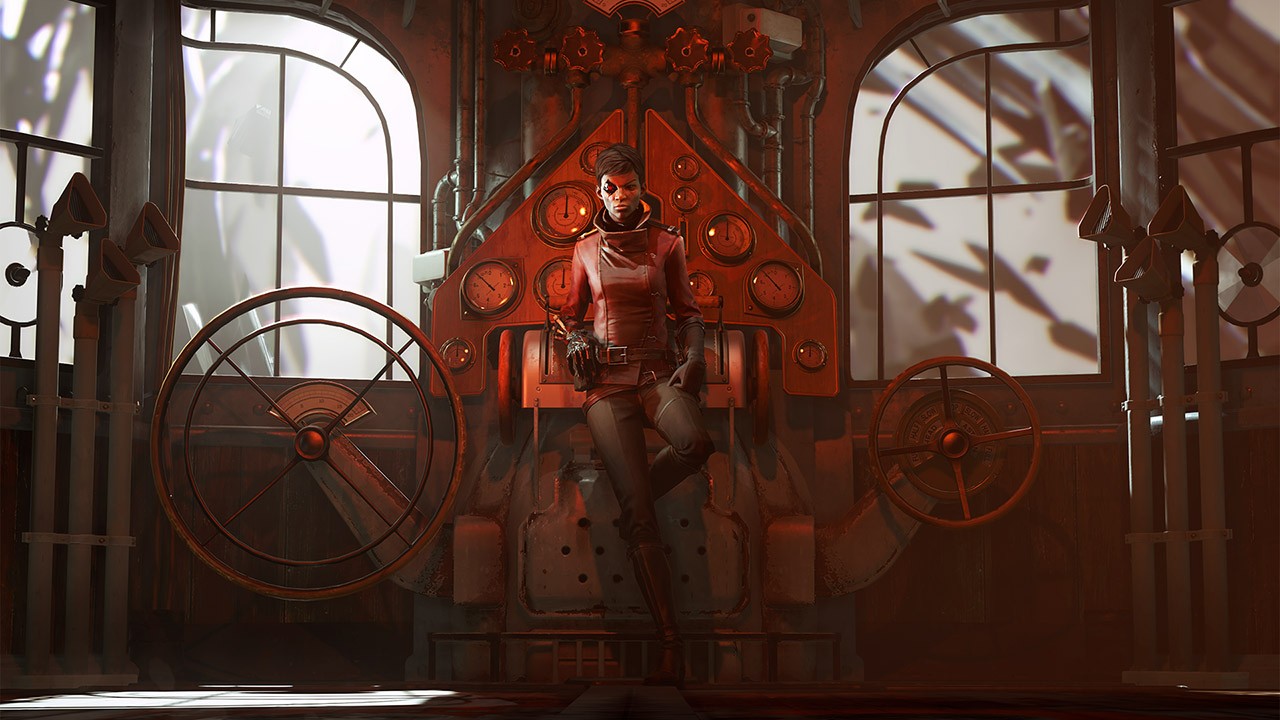 Killing a God? Sounds like a pretty big deal. Also sounds rather difficult to boot. I’ve never tried it myself, but it has to be at the top of most ‘toughest mission’ lists. Well, that’s what Dishonored’s, Billie Lurk is attempting in the slightly uneven but largely fantastic standalone expansion, Death of the Outsider.

While slaying the Outsider, the eponymous God whom is so often behind the most dramatic goings on in Arkane’s exceptionally crafted world (not to mention being the deity responsible for providing the likes of  Corvo Attano and Emily Kaldwin with their spectral powers), is at the top of Billie Lurk’s ‘to-do’ list, as is always the case with Dishonored, your list of challenges is both extensive and incredibly open-ended. You can keep to the main missions if you wish or you can collect a whole bunch of additional quests and challenges via the games’ pleasantly peaceful hub world. You can also go through most of the game without hurting the hair on a single guard’s head if you see fit…..just to be clear, that is not the way I chose to go about my business.

There may be only five core missions to complete, but the majority are so well-crafted, each with their own set of optional contracts and objectives, that those that do take the plunge on this well-priced expansion are unlikely to come away feeling short changed. Even without the huge amount of replayability that the freeform gameplay offers, you’re still looking at around six hours of content here. I managed it in just under that, but I suffer from an almost crippling lack of patience, something that often undermines a game such as this. With its myriad of options and incredible environmental details, this really is a world that deserves to be explored at snail’s pace. 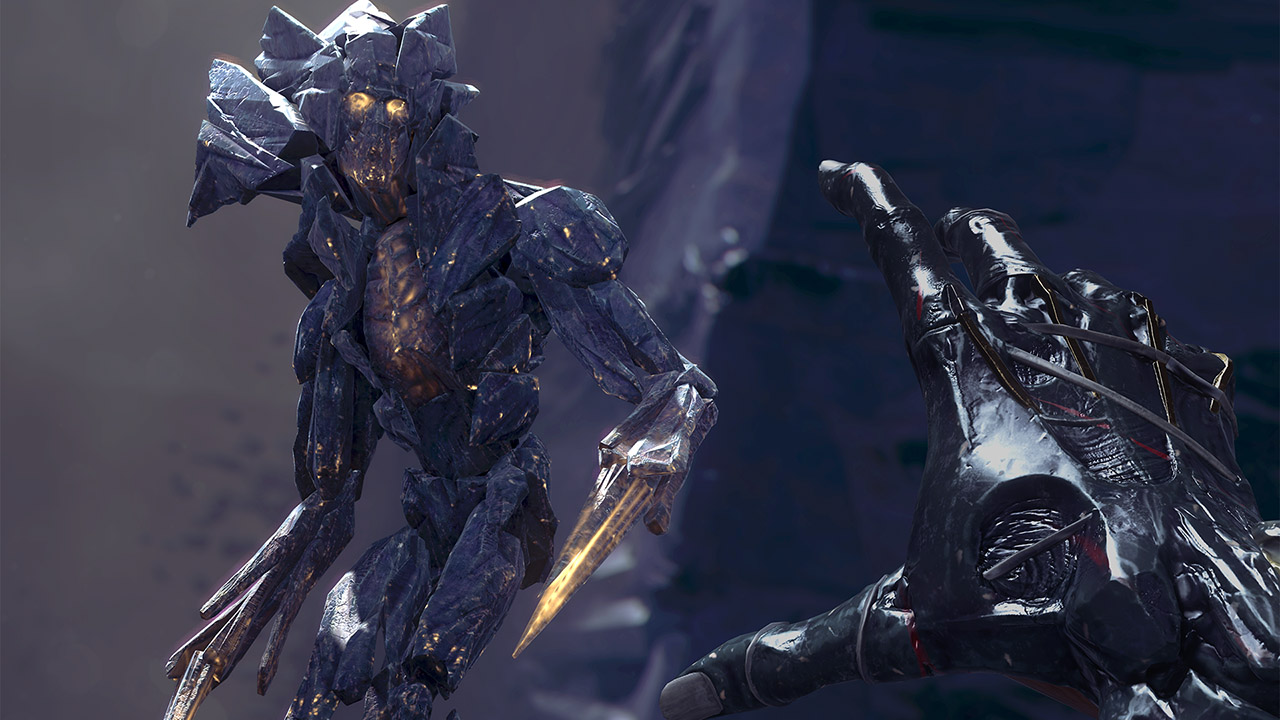 As with all of Dishonored’s central cast of Spectral-enhanced characters, Lurk’s are largely a projection of her own distinct character-traits. Not all are obvious of course, but the surprisingly useful and hideously unique ability to speak to rats really does harken back to Lurk’s history as something of a street urchin. The others? Well, I guess you could make an argument either way, but what’s not up for debate is just how much fun they are to use.

Beyond the standard stealth mechanics (which remain fantastic here) and the aforementioned ability to talk with rats, Lurk is imbued with Displace, Foresight and Semblance abilities. These skills allow you to hop in and out of danger, freeze time and, in a very Mission Impossible style twist, steal the faces of guards and civilians. It’s a solid selection of abilities that help to differentiate this experience from the core Dishonoured 2 campaign. Beyond that, this really is Dishonored 2 with a new lead character – which of course is no bad thing given the quality of the mainline release.

The only major concessions made for the games’ shorter running time are the lack of any real character progression and the complete abandonment of the Chaos system. There are no skills or abilities to unlock with Lurk ready to rock straight out of the gate. That makes sense both conceptually and narratively (what with Lurk an already established assassin and all), but in terms of player progression, the loss is felt. Still, by having your abilities unlocked from the off, it does mean that you can start experimenting with them from the moment you start the game, and with each stage as carefully crafted as they are here, having these core abilities and skills does allow for some very varied approaches to completing your objectives. Equally, while I’d suggest that losing the moral consequences that come with the Chaos system does have an impact on the overall depth of the narrative, for a shorter campaign with an already established character, it’s omission does make a certain amount of contextual sense. 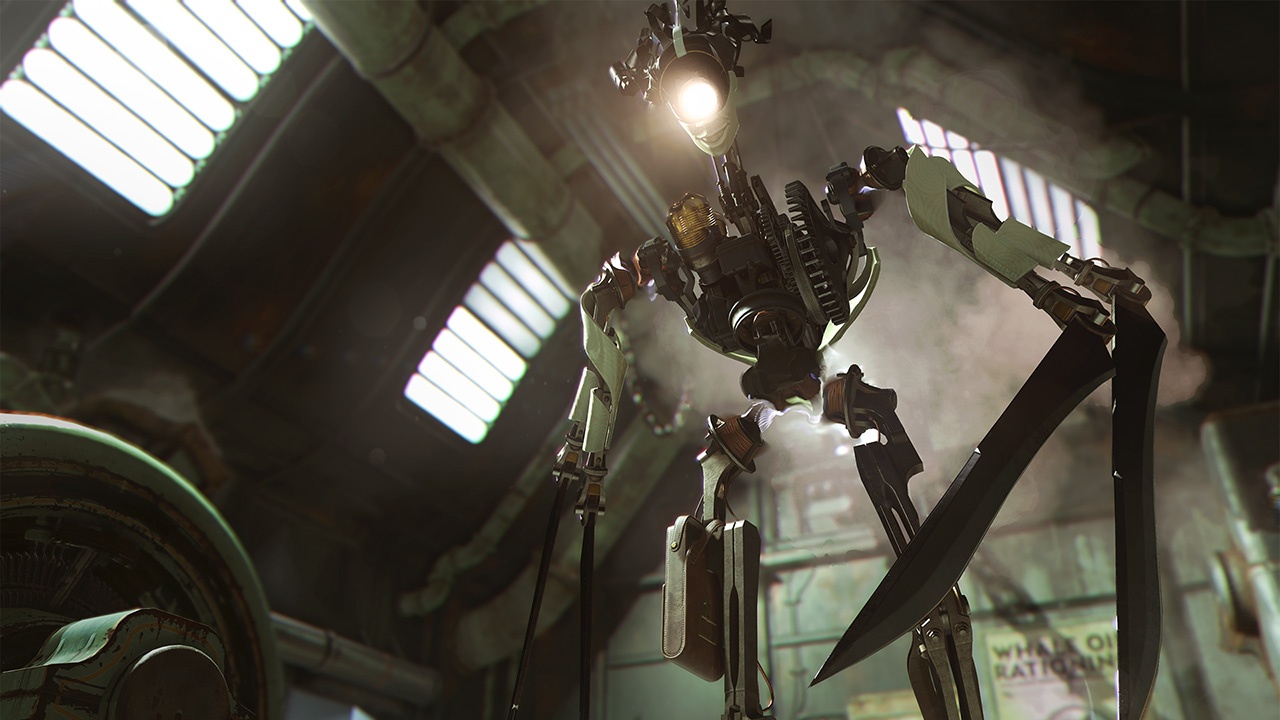 I guess one of the biggest questions for many will be whether you can still enjoy the game if you haven’t played the first two games. While I would suggest that you’d inevitably benefit from having that previous experience with the series, it is not essential to enjoy what is a mechanically fantastic game. Sure, some of the character and place names won’t make that much sense, but if you’re coming to the series for the first time for Death of the Outsider, you should be able to pick-up on what is going on with relative ease.

It might fall just short of the high bar set by Dishonored 2, and yes, the campaign is a tad uneven, but thanks to its memorable characters, (including some great performances by the likes of Rosario Dawson, Michael Madsen and Robin Lord Taylor), its brilliant world building and fantastic mechanics, Death of the Outsider overcomes its shortcoming to deliver a worthy addition to Arkane’s increasingly robust world. Whether it will do enough to ensure a Dishonored 3 remains to be seen, but as both a companion piece to Dishonored 2 and an attractively-priced alternative for those looking to give the series a try, Death of the Outsider has to go down as a resounding success.