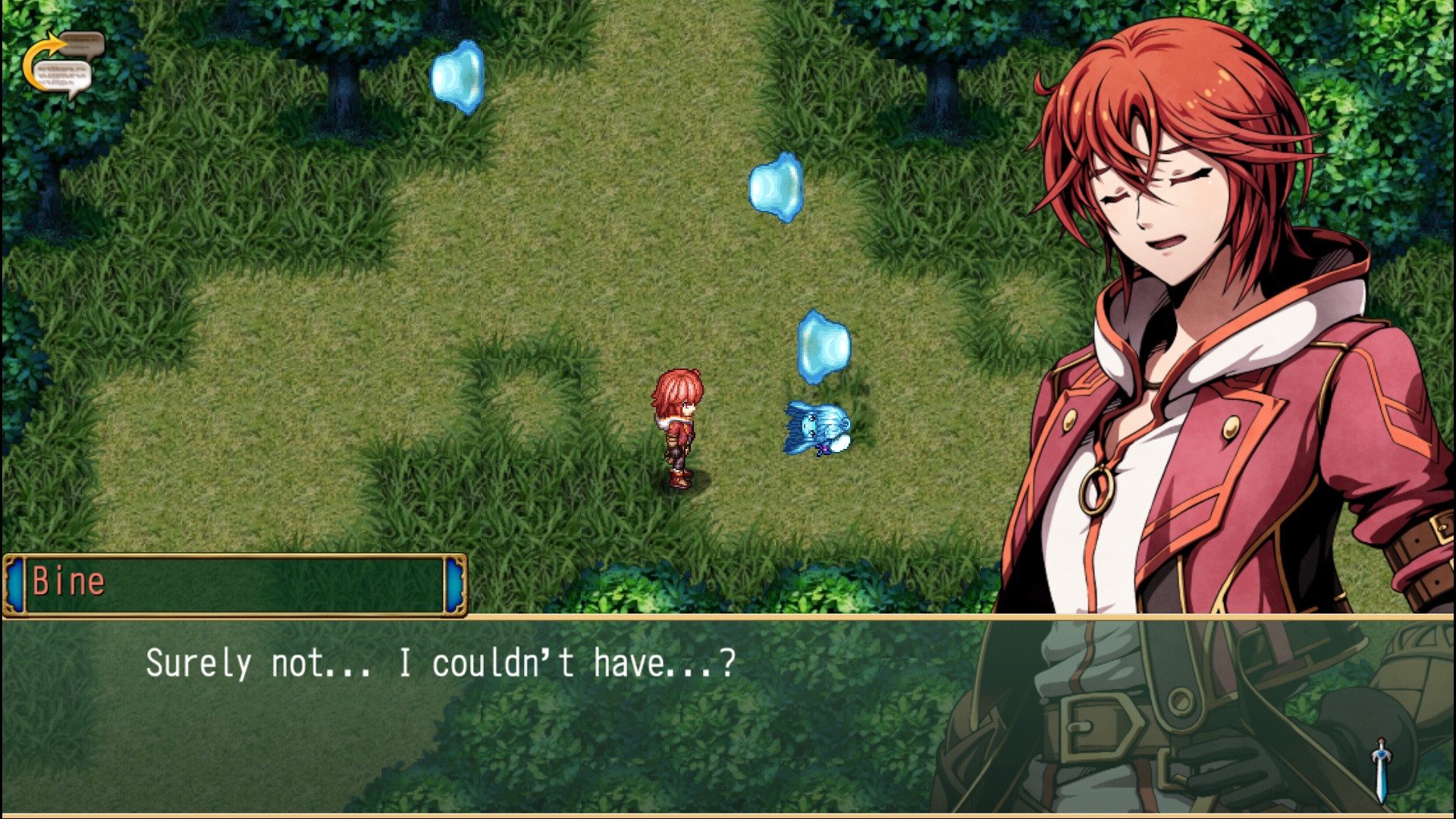 RPG’s have come a long way since their early era days of the original Final Fantasy, Dragon Warrior, and Shining Force series. While RPG’s are a lot different these days with more complex storytelling and mechanics, we still hold those old-style adventures close to our heart. It’s no surprise that many try to make game similar in that style to capture the nostalgic feeling we all had for them. Some do great, others do bad, and then there are ones like Antiquia Lost, developed by KEMCO, that are okay, but try too hard to achieve their goals. While Antiquia Lost certainly had potential to be a great game it overachieved itself.

The story of Antiquia Lost is by no means a bad, one and does take place in a world that was thought out very well. In the world of Edelstein, there exist three races that were at war once, but now live in peace: the humans known as Fai, the gel like beings called Ruta, and cat people named Eeth. Our hero is Bine, a Fai mercenary at a simple village who protects them from demons while doing the odd task here and there. One day, he meets a Fai and Ruta half-breed named Lunaria, who loses her mother, and Bine decides to look after her. Eventually, Lunaria decides she wants to move to the capital to start her own life, and Bine accompanies her. They are soon followed by the Eeth named Jade, a mysterious traveler with a vast array of knowledge, and Safira, a Ruta solider who has been looking for Lunaria. 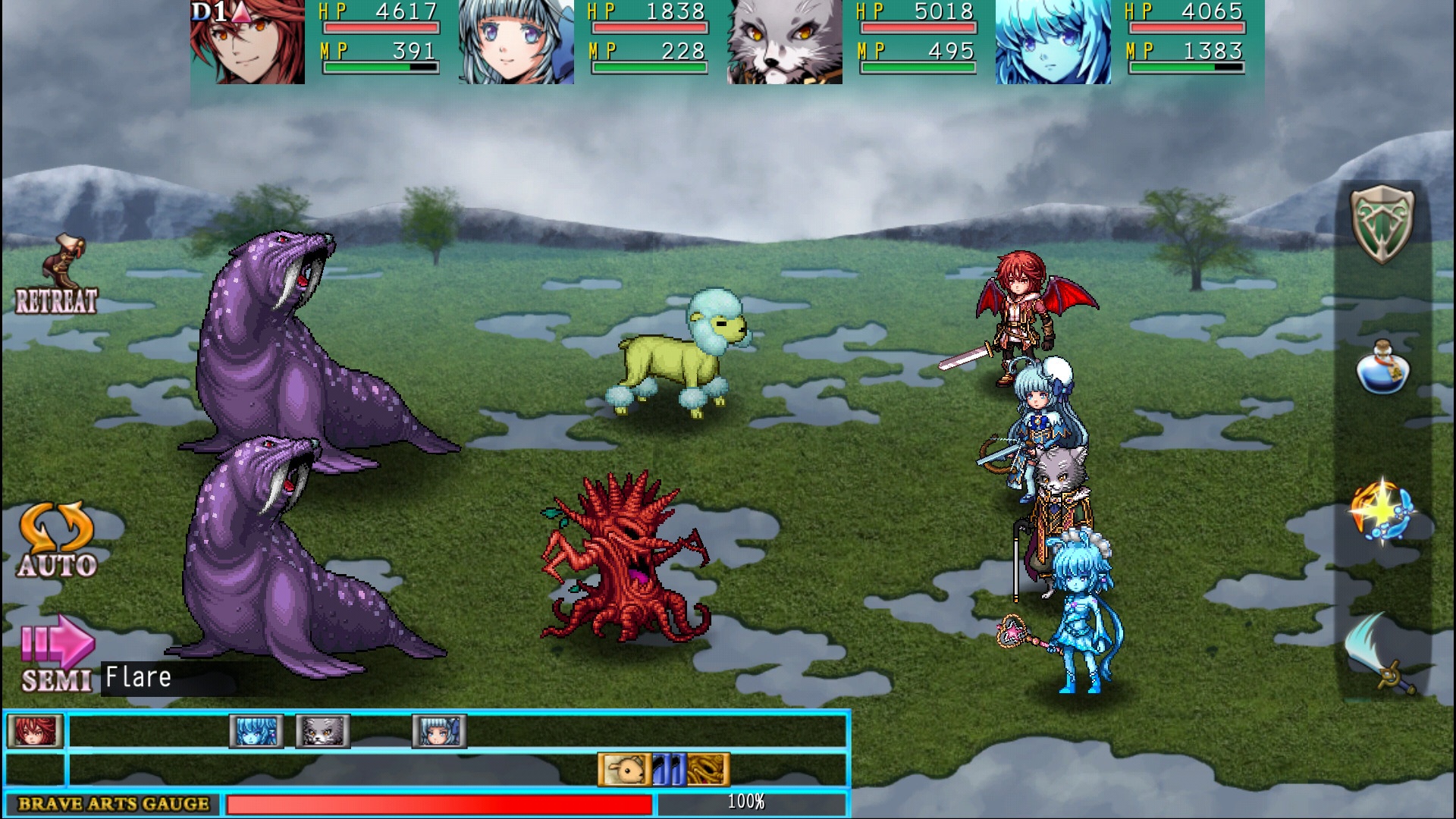 During this time, members of each race’s royal family start to disappear, and Bine’s group end up getting involved. They decide to try and find out what is going on while discovering secrets of the world they live in. The characters are likable with each one having their own traits that stand out such as Bine’s heroic nature, Lunaria’s naivety, Safira’s serious yet clumsy actions, and Jade’s wisdom. The only complaint to have is that the characters meet up too quickly to form a party without letting it pace better.

Gameplay is a mix feeling. On the positive side, the game does contain some good gameplay mechanics. You have your typical turn based RPG elements combined with your characters specializing in different aspects of battle so you can use the best to their ability. Combat is smooth for the most part, but it does get boring as the only enemies that really give you a challenge are the bosses. This doesn’t help the fact that you can get very overpowered early in the game. For one thing, you can take part in gambling mini-game that can allow you to earn powerful items very early on with different abilities that come with each weapon. These give you special skills to use in battle combined with the various magics you have at your disposal, and you have four powerful characters who breeze through most challenges.

The game also allows you to customize and combine weapons together to make them even more powerful while equipping gems for bonuses or learning new spells. The one gameplay that I really give props to is how you upgrade Lunaria. While the other three level up via normal experience, Lunaria levels up her stats by eating gems. While gems can be equipment, she can also eat them to level up her stats, abilities, or learn new spells. This is very interesting as it gives you a chance to create her into whatever kind of fighter you want her to be from a major spell caster to even a tank. But this only helps play into the overpowered feel of the game which makes the battles too easy. 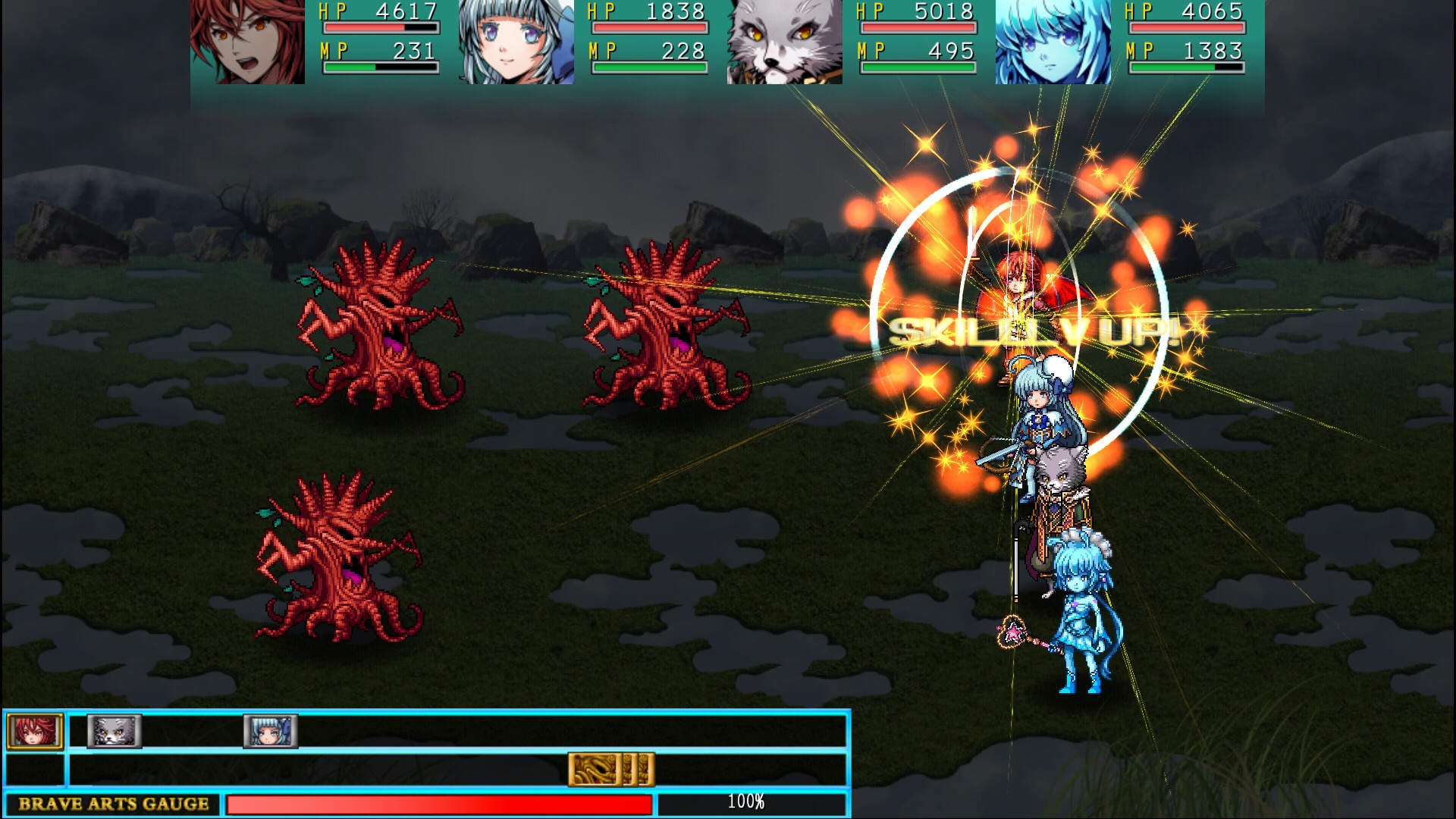 Art wise, the game feels like a classic RPG game from the old days. You have that big open map, character sprites, simple musical feel, and dungeons. It’s very colorful and the areas you explore provide interesting examples of how old-style art can mix well with new style technology in creating it. Another unique thing that should be given props to the artist and designers for is that your character equipment changes their looks, allowing you to look cool when slaying giant penguins.

While Antiquia Lost is by no means, bad, it just feels like it’s too much for a game that tries to play like a classic RPG. If half of the mechanics were taken out, and they focused more on the story while evening out the monsters to make it a challenge, then this game would rank higher on the list.