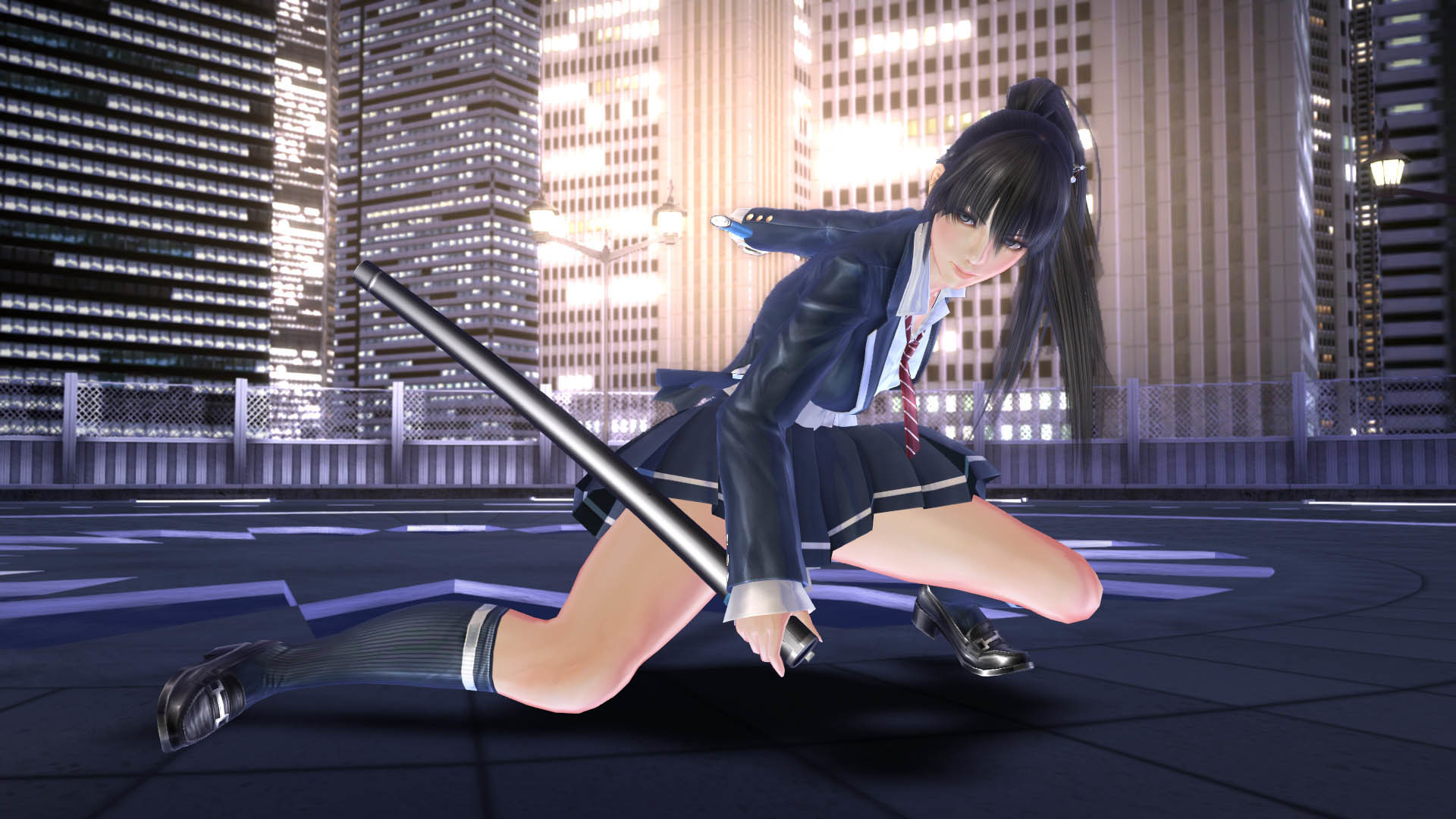 Who knew that the world needed another Japanese game where you aimlessly slash about slaying anything in your way? From seeing gameplay and screenshots, I thought this game looked really fun as it seemed it had some substance to it; unfortunately, I was wrong. Mitsurugi Kamui Hikae is a Japanese Hack and Slash in which you basically, hack and slash enemies of slight variety. The best way to describe it is Devil May Cry, but with less money being poured into it and as a result is quite lacking. There isn’t much of a story, nor is there much to play with in general.

The story, if you can call it that, tells the tale of a cursed school girl Suzuka. So you, her classmate Misa, make it your duty to destroy her for killing your teacher. In all honestly, there isn’t much to chew on with regards to the story. Every stage you pass, there is a small section of dialogue. They seem to become longer as you reach the end of the game, but even then there isn’t that much to be excited about. This sort of thing would be okay if the game was a lot longer, but I’ll get onto that later. So if you’re one who’s big on the story aspect of each and every game, then this probably isn’t for you, 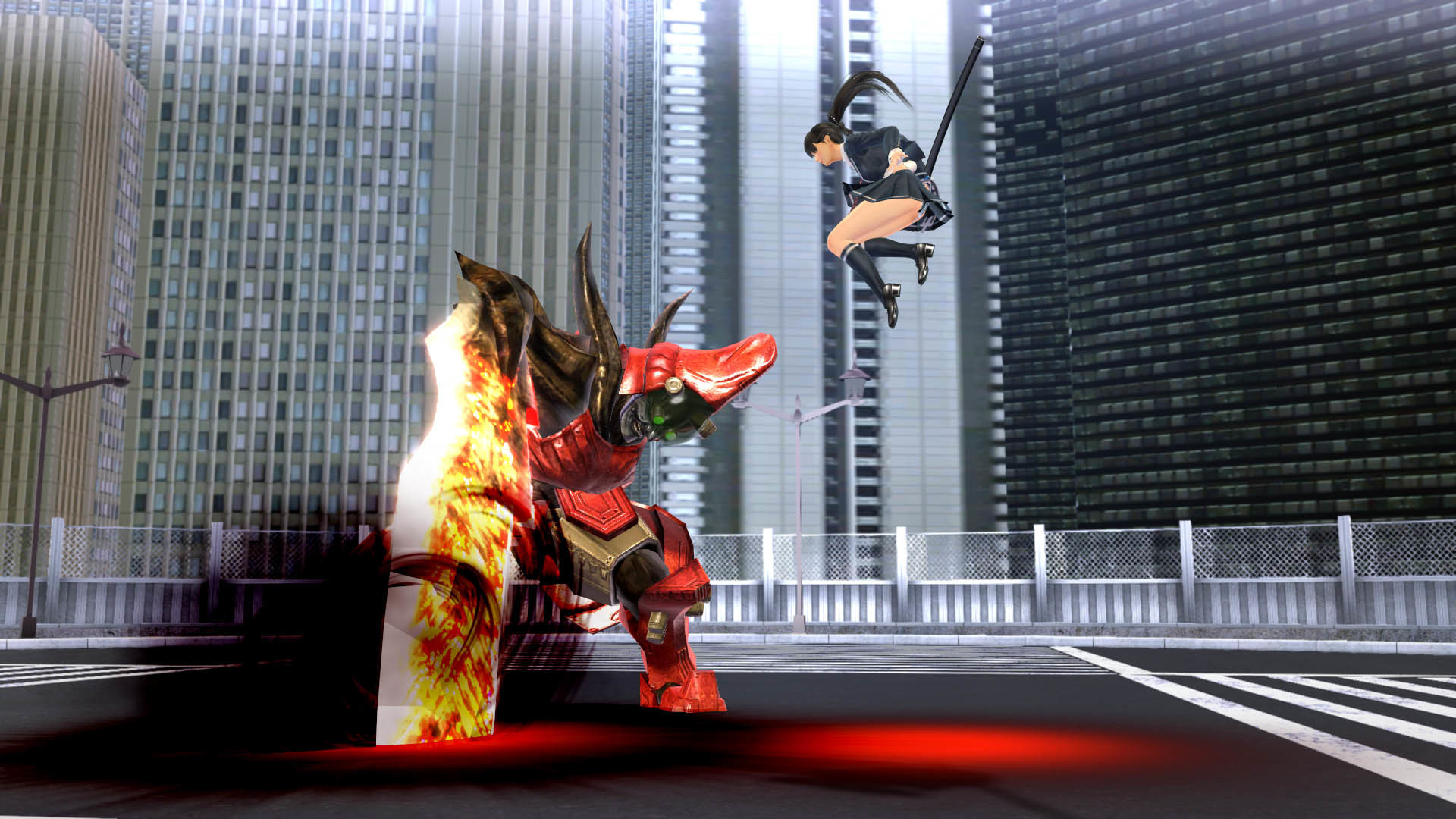 By far the most concentrated feature of this game is the gameplay, despite lasting you about two hours in total on Normal mode. You slash your way through waves of enemies using a few different techniques and moves. There are 5 stages, each have 5 waves and a boss at the end of them. There is a decent variety of enemy types, but they lose their cool factor when they are used way too much in the later levels. Each stage has a different setting, which in a way is cool. But seeing as you’re always on a circular arena, there isn’t really much detail put into your surroundings.

An interesting part of thegameplay is the upgrade system. You can use Skill Points gathered from harming and killing enemies to unlock new combat moves. You can upgrade factors like: Maximum Health, Maximum Power Gauge, weapon attacks, hand-to-hand attacks and ways to block and counter. This does offer a bit content wise, as it allows the player to pick what they prefer. However, after upgrading some attacks, I found that the usual techniques I was using were now replaced. Replaced rather than upgraded, as they seemed to not do as much damage or just be harder to control.

There isn’t much replay ability in this game. I mean, sure, you could complete the game on all difficulty modes and unlock the few costumes there are. The only difference in difficulty is that they whip out the cooler and consequently strong enemies earlier; which means by the time you’ve reached the last stage, you’ve know the enemy so well that you have already been on three dates. So replaying it over and over (4 times in total), the game won’t get any better. It’s just the sort of thing you do when you’re free and have absolutely nothing else to do, or while you’re catching up on your YouTube Subscriptions tab. 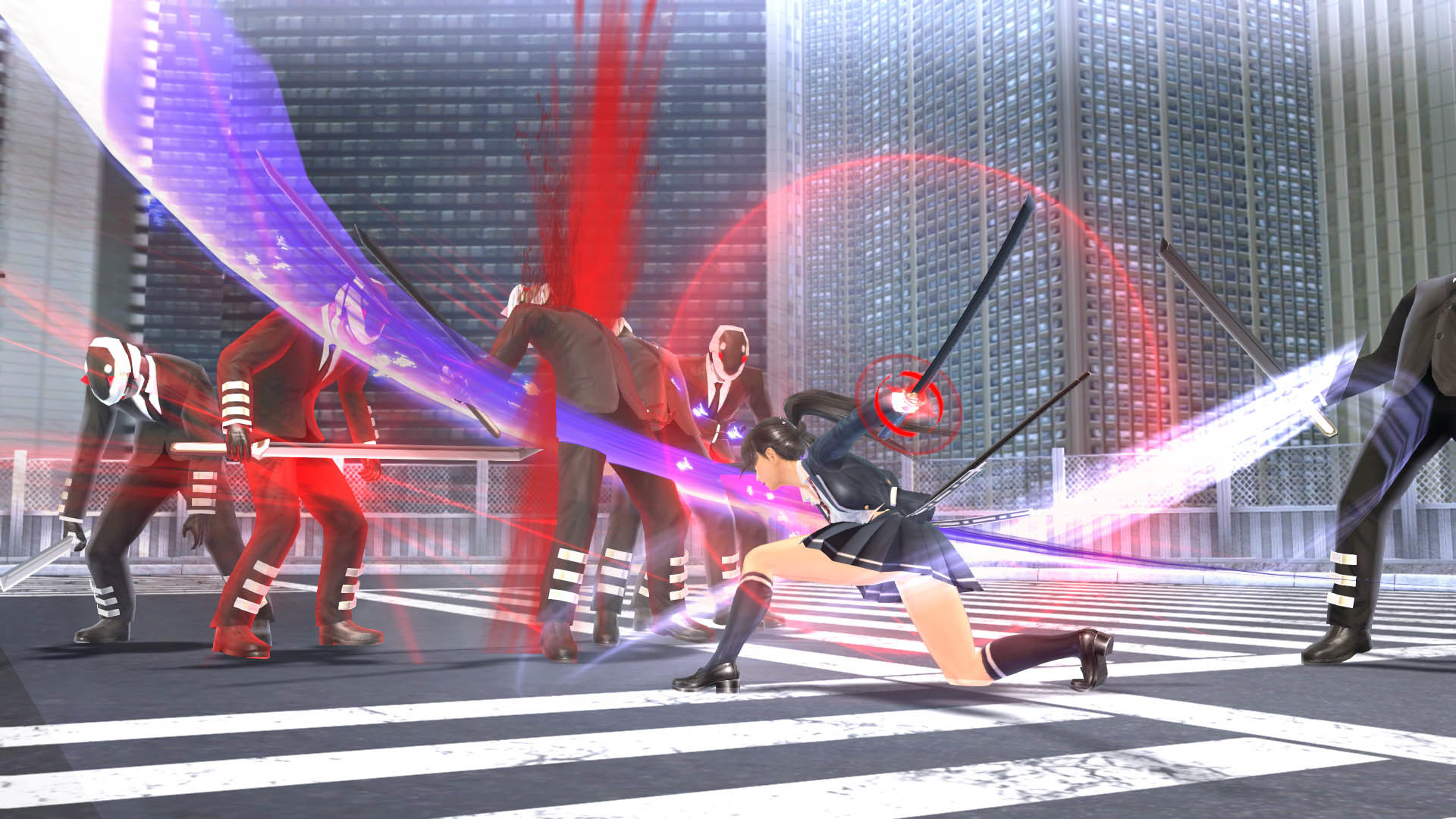 The enemies and characters are actually designed pretty well. They are all different, apart from the ones where they just change the colour and their fights style a tad. Unfortunately, as there is a small range of enemies you get bored of seeing them over and over again. Which means you stop think about how good they look, and start thinking “Ooo, there he is again. Let’s kill him in one second.”

Overall, I’m going to give Mitsurugi Kamui Hikae a 6 out of 10. It was somewhat fun even when catching up on past YouTube videos, but after a while it just becomes repetitive. If the game had more substance I think it would be a lot better; it’s not that the game was bad, it’s just that is was lacking as a whole. If hack and slashes are your thing, then go for it. But for those on the fence, I’d say purchase the latest Devil May Cry game and go wild.

If the game had more substance I think it would be a lot better; it’s not that the game was bad, it’s just that is was lacking as a whole. If hack and slashes are your thing, then go for it.