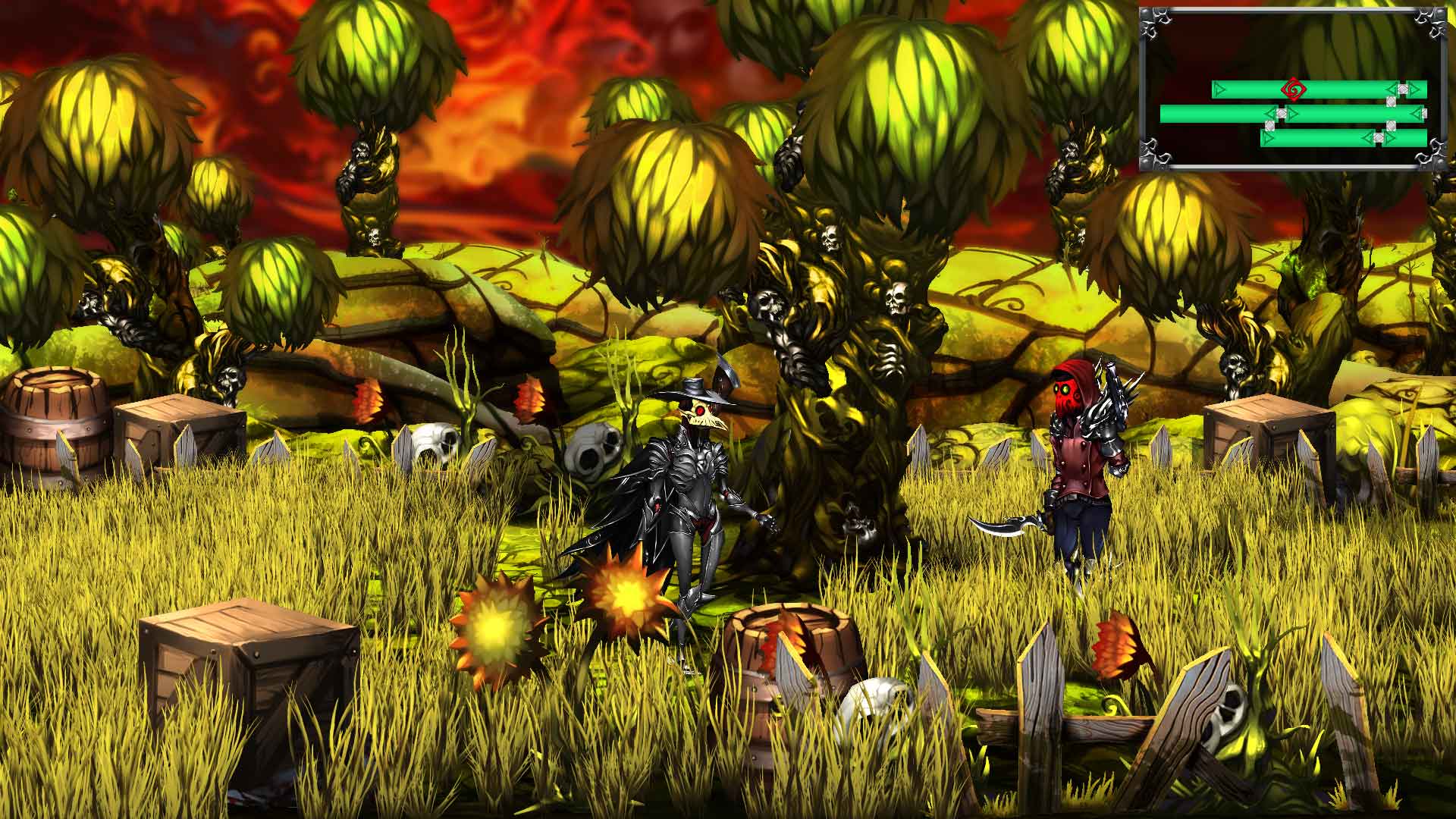 Some time ago, critically acclaimed, rogue-like RPG titled Darkest Dungeon, has launched across all modern platforms. And understandably, just like when Demon Souls launched for the first time, back in 2009, people wanted more. But where the successor to the Demon Solus came from the very same studio, which has crafted the rather excellent RPG – then the spiritual successor to the Darkest Dungeon, in form of the Plague Road, has been crafted by an entirely different studio.

Plague Road, just like the aforementioned Darkest Dungeon, is a rogue-like RPG, which at first contact, comes across as a low-budget, low-effort copy of Red Hook’s studio’s masterpiece. And unfortunately, the first impression persists throughout, as Plague Road, is simply a dollar store equivalent of the Darkest Dungeon.

In total, there are only two main differences between Plague Road and The Darkest Dungeon. First is the quality, and the second being the fact that Plague Road is a 2.5D title, which takes place on battlefields, which are divided into 40 separate rectangles, which look rather out of place when compared to title’s art style. 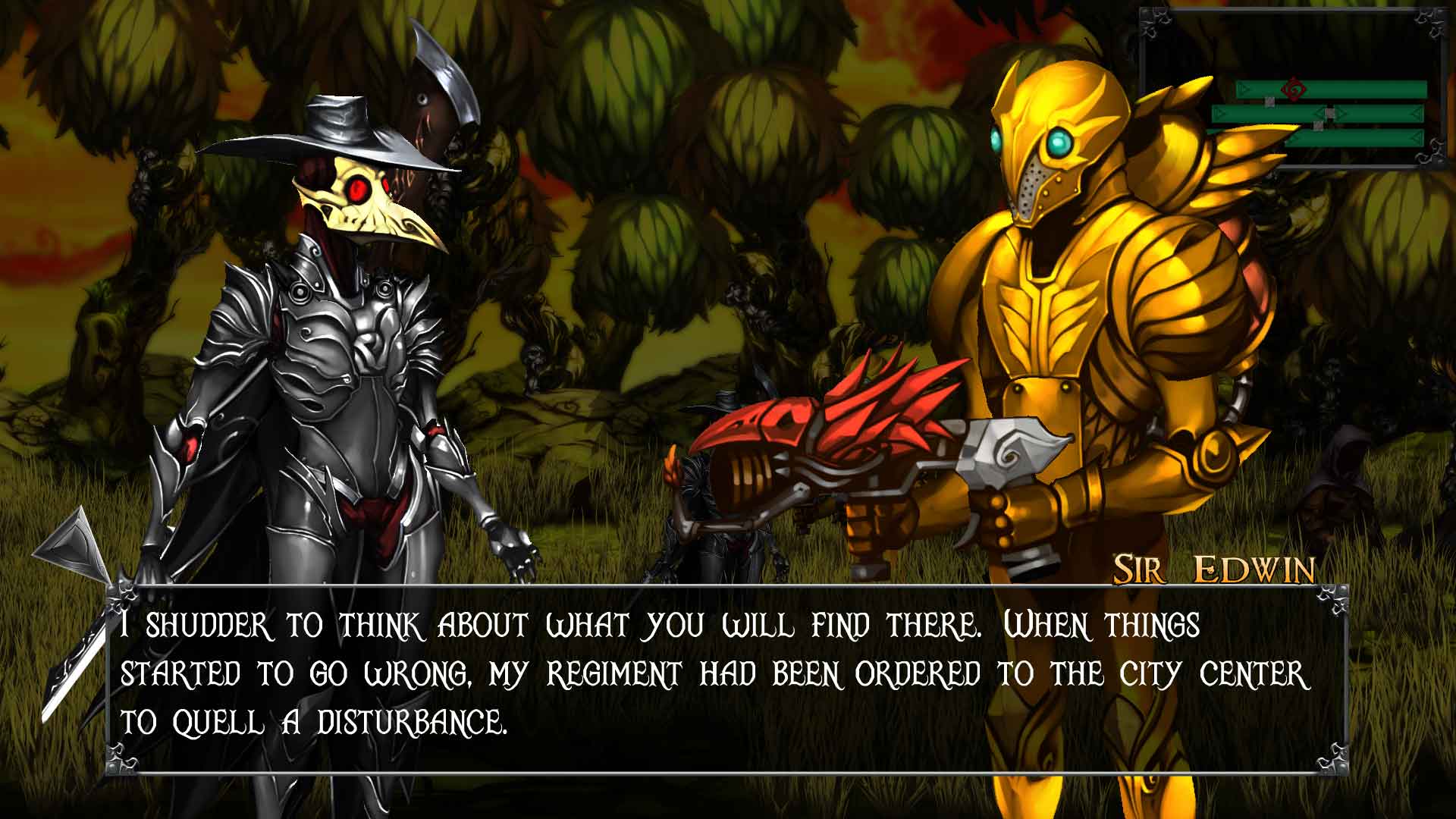 Stylistically, Plague Road resembles a work of a fourteen-year-old goth. It’s full of grim and dark objects, stylised on the Victorian period. But instead of using dark colours, in order to represent the themes of the title correctly, Plague Road refers to bright greens, and yellows, which ultimately take a lot away from the atmosphere, which otherwise could be cut with a knife (just like in The Darkest Dungeon).

Besides the fact that the Plague Road’s art style is rather inconsistent, and at times downright unpleasant to look at. It’s only further damaged by the fact that it is extremely repetitive, as it seems to be featuring a single model of a tree, which repeats into infinity. And to top it all off, the title in question is filled with poor UI elements, laughable transition screens, and low-quality character models.

When it comes to gameplay, Plague Road is divided into two portions. First is the exploration, which has you traverse numerous environments such as forests, catacombs, and cities. Whereas the other forces you to battle droves of hostiles in turn-based combat. And while both parts of the Plague Road are vastly different, they all share one common feature, and that’s the fact that they expose the title’s questionable animations.

Within the game, all characters – including the hostiles – seem to be ice-skating, as they’re constantly gliding, instead of simply walking. And if that’s not enough, Plague Road seems to be missing a handful of animations, as characters deal damage to their targets without having to face them, and deceased enemies simply disappear into thin air. 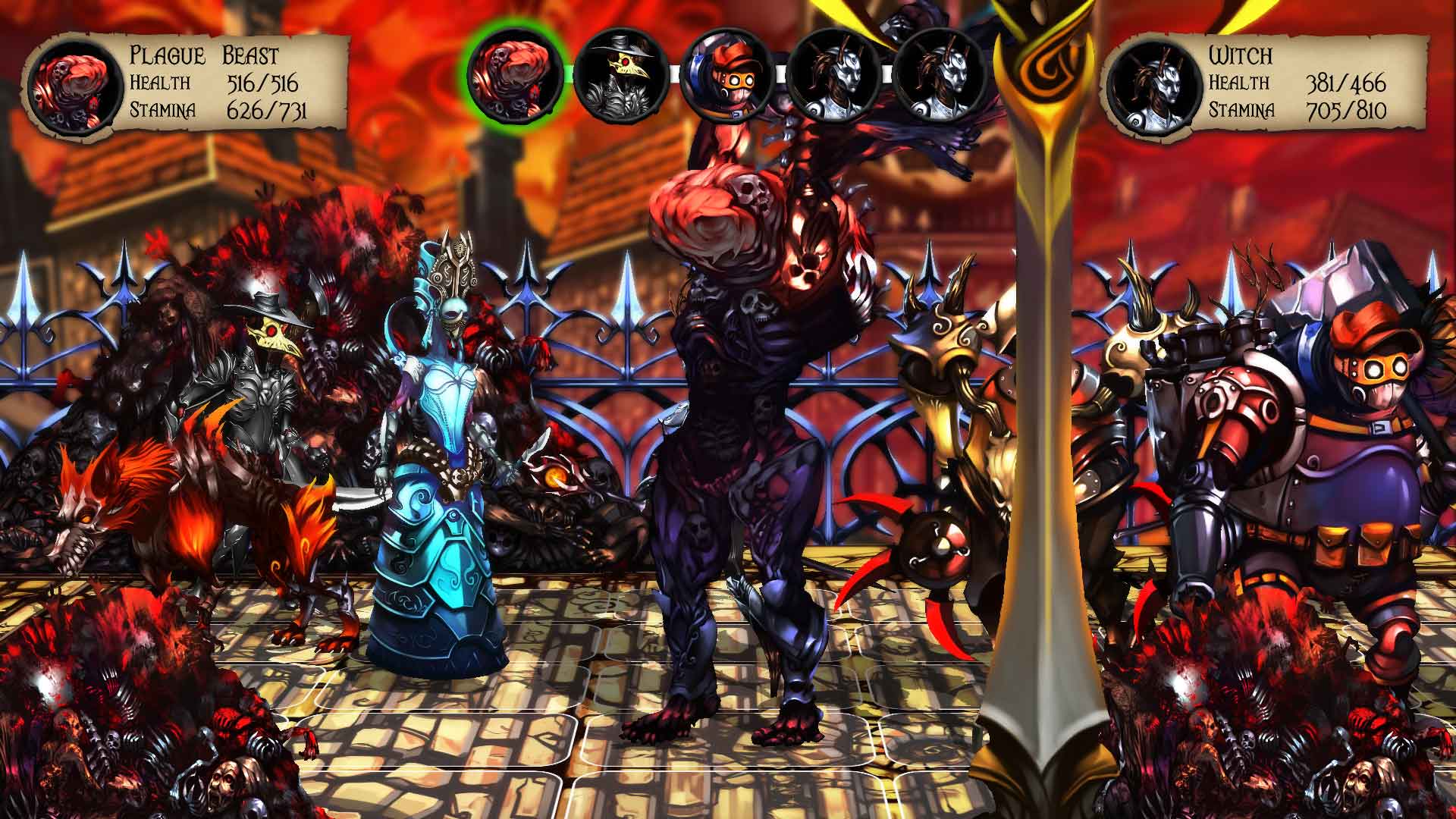 The lack of attention to detail is Plague Road’s most significant issue, as it basically brings it down, all the way to the ground. Even if one were to set the graphical inconstancies aside, there is still plenty more to discuss. As every single portion of this particular title is riddled with flaws and technical issues. Combat can be easily exploited, as if one makes a move, which puts him/her in an undesirable position, it can be easily reversed by going back and forth between the potion menu. As at times, for some unexplainable reason, Plague Road reverses player movement while exiting the menu.

Painful art-style, lacking animations, and unfulfilling gameplay are the three main layers, of the cake of failure, which the Plague Road unfortunately is. However, as large and as overwhelming as that cake is, it still has a cherry on the top, in form of a dreadful sound design. Throughout the game, different sound files constantly overlap, creating something resembling a symphony of destruction. And to top it all off, ambient sound and soundtrack are often louder than the narration, but in this instance, this is actually a positive thing, as the incredibly loud soundtrack drones out Jim Sterling’s narration.

Near the beginning, it was mentioned that Plague Road is a dollar store equivalent of The Darkest Dungeon. And while such comparison has been initially made in order to convey its underwhelming quality and overall execution, it has to be said that this is roughly how much Plague Road is actually worth. However, as of today, Plague Road costs staggering $19.99 – meaning that it is priced roughly $18.99 higher than it should be. And while some may find enjoyment within the bowels of this inverse masterpiece, they should stay way away from it until it goes on sale, which in today’s market shouldn’t take more than a week.