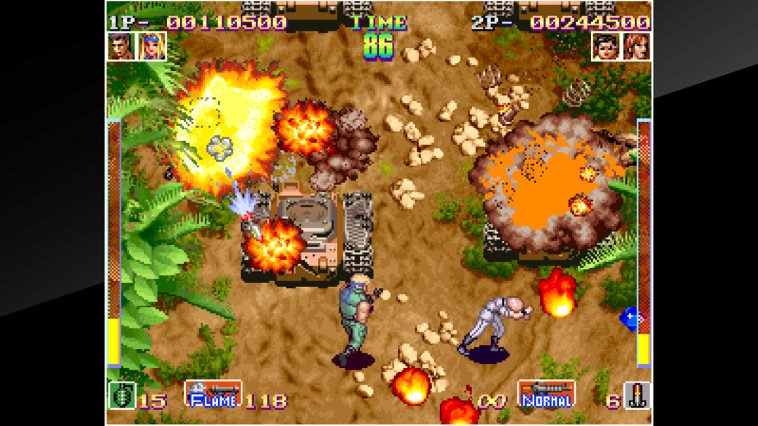 I think video games often get exempt from the stigma about sequels that Hollywood faces. It’s often times difficult to capture the magic and the spark of the very first movie, but, in the gaming world, there’s a simple expectation that the next will be better than the last. Things like sports game series (RBI Baseball, NBA) are just looked at as the best being the current installation. While non-linear series, such as Final Fantasy and Dragon Quest, are free from such labels, direct sequel games are automatically assumed to bring everything good about their predacessors and then some. But there are plenty of exceptions to this rule, and Shock Troopers is a perfect example.

When I reviewed Shock Troopers: 2nd Squad not so long ago, I found the game to be positively abysmal on several fronts. The game lagged, the combat was uninspired and “put in more coins” based, and I really hated how I interacted with the NPC characters who weren’t shooting at me. So I was a bit apprehensive to load up the original. After all, the story while not related between the two games, had the same feel to it: instead of a warlord, I’m going after drug-seeking terrorists. I need to be a bad enough dude to rescue a scientist’s daughter and make everything right again, while still kind of being a mercenary, but for the good guys. Nothing really made me feel better going into it. Till I loaded up the game. 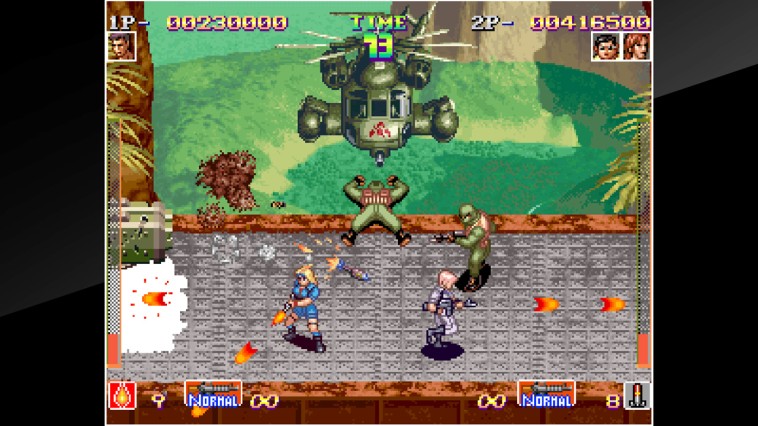 Shock Troopers feels like a completely different experience altogether. First and foremost, you have eight characters to choose from instead of four. Why on earth would you have fewer in the sequel? Sure, the troopers in the first game aren’t as animated as the second game, and maybe there’s some overlap between them: a couple characters have similar, but not the same, weapons, and it can sometimes be an actual matter of choosing the sex of a character that differentiates them. Nevertheless, more variety is good as long as it doesn’t become a focal point of the whole game. In fact, having eight from eight different countries really impresses upon the player how important it is that we stop these terrorists, because they’re a global threat and not just upsetting one world power.

Secondly, the gameplay of Shock Troopers is so, so much smoother. Even with a lot of sprites on screen, I would only see minimal slowdown when multiple explosions started happening at once. Most of the combat, which is your typical overhead run-and-gun, was fluid, with plenty of antagonists showing up at once to fight. When bosses came onto the screen, everything maintained and it made the battle feel so much more satisfying without dropping arbitrarily into slow-mo every few seconds. There are a good number of weapon drops and, frankly, a GENEROUS number of bombs that get left behind for your character to pick up. I think I was able to throw, no exaggeration, seven bombs at the first mini boss, making the fight practically nonexistent. As a result, however, I had no bombs for the actual boss that was just up ahead. But since the game actually played well, I could strategize and win without needing to just keep feeding in credits.

I don’t know how to quantify this, but Shock Troopers one just feels better. The enemies, as terrorists, are all fully engaged in trying to stop and shoot me: there aren’t just errant people milling about who happen to be on the wrong side of my gun. The environments have more variety to them, and it felt like I was exploring a much larger scope of the world to try and find the missing daughter than just some very stereotypical “bad guy” areas. The rate at which weapons dropped was high, which just made sense in a game where I’m supposed to blast the ever-loving hell out of everyone who’s naughty. I can kind of see what the developers were going for with 2nd Squad: they wanted to make the game tougher, while also improving on the sprite animations and inject some offbeat humor, a la Metal Slug. But it doesn’t work in the Shock Troopers scenario, where the sprites are lankier and more human. Not to mention there’s nothing cool about shooting a dude who’s trying to enjoy breakfast. 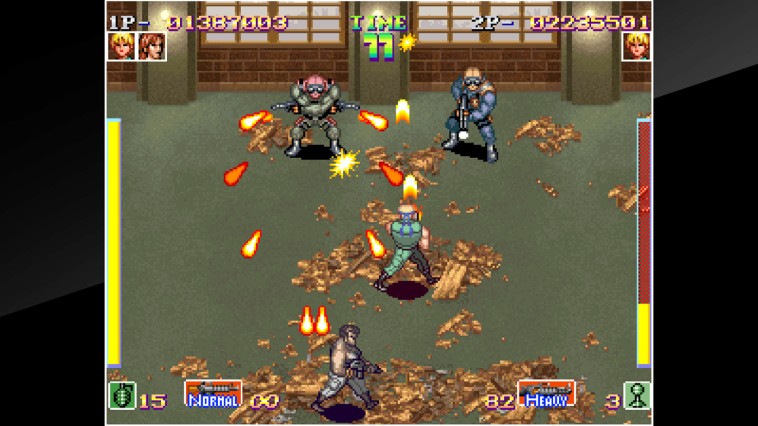 Between the stronger translations and the better transitions, the only things that I can say the original Shock Troopers are lacking in are soundtrack and cutscene artwork. The artwork is definitely more dated “90s anime,” which is appealing to some but still is quite dated. And the soundtrack is pretty forgettable: it’s a very generic arcade affect, kind of digital poppy but nothing to write home about. These are the two areas I would say 2nd Squad improves in and that’s it.

I’m still amazed and amused by the release roadmap of Hamster and SNK. Things feel like they’re being pushed out in a totally arbitrary fashion, especially in the case of Shock Troopers. Having now played the original, the sequel feels like utter trash and a big disappointment, because this first Shock Troopers is crazy amounts of fun. It shows great execution of the run and gun genre, while simultaneously allowing for some innovative approaches to hyper powered and hyper attacked. With a couple of very minor fixable notes, it’s easy to see why it inspired a sequel and why the sequel is so disappointing in comparison. If you haven’t played before, skip the second act and grab the first on the Switch as soon as possible. It’s a frigging blast.