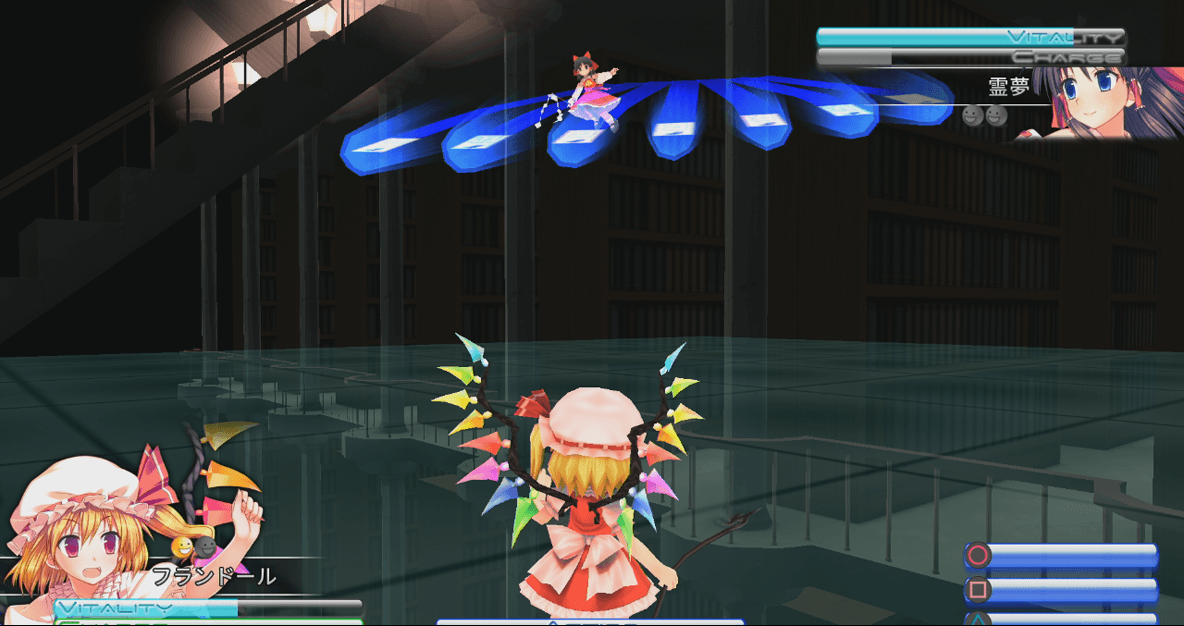 I should be happy there’s a Touhou game on the Nintendo Switch, especially one in the Americas. Touhou, a series of amazing danmaku games that have been Japan exclusive, also have a series of side games that take on different genres and ideas. Takkoman, for example, takes one of the side characters from the main Touhou cannon and drops her into a Megaman-like game that’s also hard as hell. So, even though I saw that Touhou Kobuto V: Burst Battle, was cut from a different cloth entirely, I decided to reserve judgement till I was totally finished. Let this be a lesson to everyone: go with your first instinct.

Touhou, the infamous series of games all about shrine maidens, has no problem lending its lead characters to whatever type of game that may crop up, so I wasn’t worried when I saw that Touhou Kobuto V (which is the first and only game in the Kobuto series) is a 3D arena brawler with liberal bullet use. I’ve played my fair share, and even have some that I enjoy (shouts to Magical Battle Girl Festa!). The objective of the game is simple: get into a one on one battle with another shrine maiden and blast the hell out of her. You have several types of attacks, from long range bullets to some short range swipes, and alternative attacks (holding down the attack button longer) and spell cards (creating character unique projectiles) are also present. The maidens have full use of the arena, can move and jump out of the way, and will eventually beat the other to death, or whatever the cute equivalence of death is in this game.

Let’s get the elephant in the room out of the way: if you’re here for waifu wars, you don’t need my input on things. Rather than going a sultry or adult route, Touhou Kobuto takes a half-chibi approach, making the characters cute and stunted without going full baby face. Everyone is very pleasant to look at and Reimu looks quite well drawn in the cut scenes during the single player story mode (everything is from Reimu’s perspective). The backgrounds and stage settings are pretty barren, but they at least do a good job of not drawing focus from the different characters. And, with a full roster of nine fighters in the arcade mode, you’re bound to find someone you enjoy fighting as. 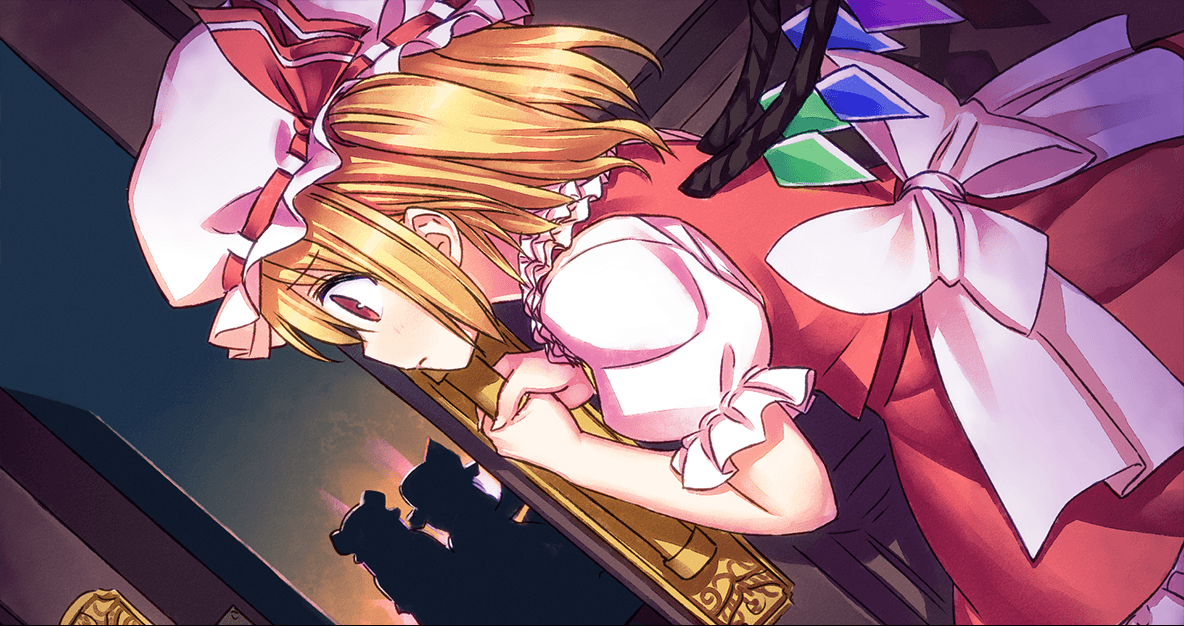 Story mode, as stated, only allows you to play as Reimu as you seek out why there are rumors that her shrine is in league with vampires and, as such, resulting in fewer shrine donations. This isn’t exactly a Shakespearean level of storytelling, but it gets the job done, which is often the case with Touhou games. The lore and the mythology is great, but one could easily say that a majority of the success and accolades come from the cute characters, and Reimu is certainly the most iconic and memorable of the shrine maidens. She’s also one of the most well rounded of the fighters, giving you plenty of opportunities to figure out what works and what doesn’t.

Touhou Kobuto V does a good job of mixing bullet attacks and melee attacks, with the former being safer but doing less damage and the latter being, well, the opposite. The name of the game is finding out what works best in each scenario. When it comes to story mode, your best bet is to play conservatively, see what happens and then try again once you understand the AI’s pattern. Even with higher difficulty, most characters tend to favor one style or another. Meilling, for example, spends a lot of time in the air (more on that in a moment) and so your best bet is to stay nimble and wait for her to come down, then beat the hell out of her with your melee attacks. After a character gets knocked down, they will have a short period of invincibility when they stand up, so it’s very guerilla in nature: strike and run away.

This might be one of the first times I’ve ever seriously complained about jumping, but it’s pure hell in Touhou Kobuto V. The jumps are huge, flighty things that are incredibly difficult to orient once you take off. The whole game is 3D, and you quickly can lose sight of both the ground and your opponent within a hot second of jumping. I felt like my enemy was great at getting to an appropriate height and then raining down fire on me, whereas, when I jumped, I felt the AI was great at running directly under me so I couldn’t see them and just had to wait till I landed so they could hit me. It’s such a minor thing, and you honestly don’t have to jump, but jumping is integral to fighting games. Your air game should be as good as your ground game, and I couldn’t do a goddamn thing once I left Earth. Thankfully, though dashing and regular movement, I found that I could make due pretty well otherwise. 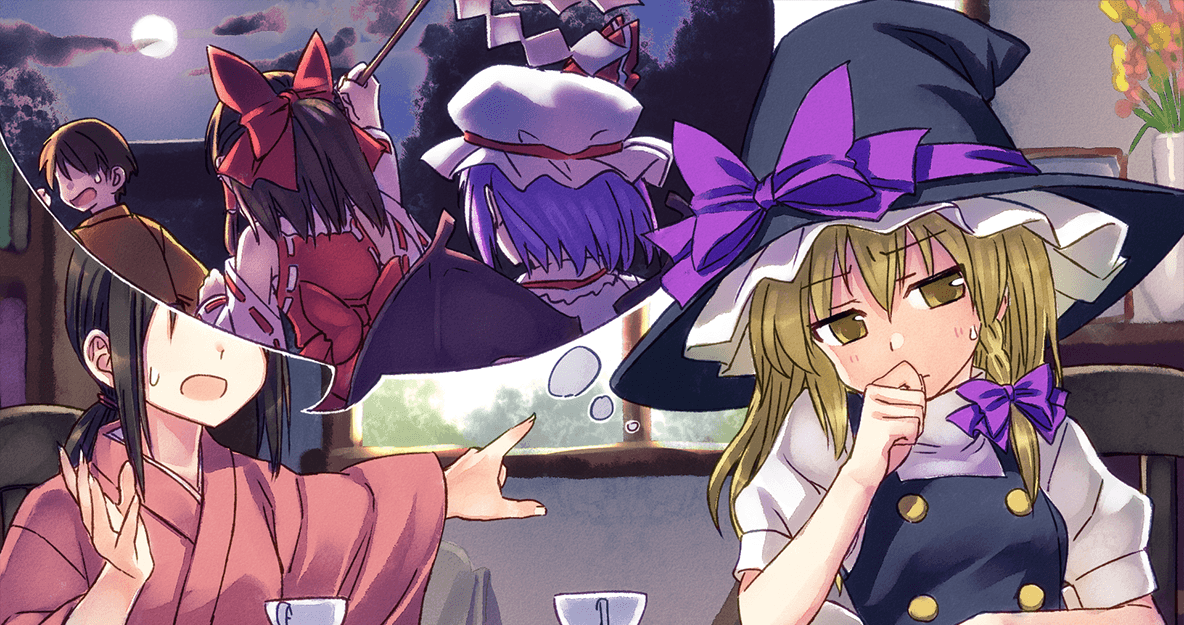 After getting over the jumping bug I had up my butt, the rest of the game was fun, if kind of repetitive. Another instance where multiplayer stands out, Touhou Kobuto V definitely works best with versus another person than the AI. As stated before, the patterns that you can discern about the computer make story mode a fairly short journey, but the unpredictability of a human translates well here. A single JoyCon is comfortable enough and carries the button setup well, though the chances of jumping are significantly higher. Dammit, I really can’t get over the jump, can I? Well, the fact remains is I went three rounds with a six year old, so either this game is intuitive, she’s a savant or I’m truly terrible.

I don’t really know who this review is for. Fans of the Touhou series and those who want to get more of the Vita-esque titles onto the Switch already reserved Touhou Kobuto V: Burst Battle like a month ago. I’m not saying that like it’s a bad thing, but a game with a ravenous playerbase have that advantage. As a 3D arena game, I’m hard pressed to say for certain it’s worth the cost of admission, but it does do many things well. The sprites are cute, the story is silly and the attacks have a good amount of variety to them. You end up with underwear shots on occasion but not enough for it to feel gratuitous, so I think that pleases people on both sides of the aisle. If someone is listening, this is definitely a game that needs a playable demo for potential buyers to decide one way or the other. It’s far too nuanced and niche to appeal to everyone, but a player might be surprised by how much they enjoy it. As for me, I’m glad I gave it a go, but this is not going to be my go-to game by any means in the future.

Touhou Kobuto V: Burst Battle is far too nuanced and niche to appeal to everyone, but a player might be surprised by how much they enjoy it. As for me, I’m glad I gave it a go.