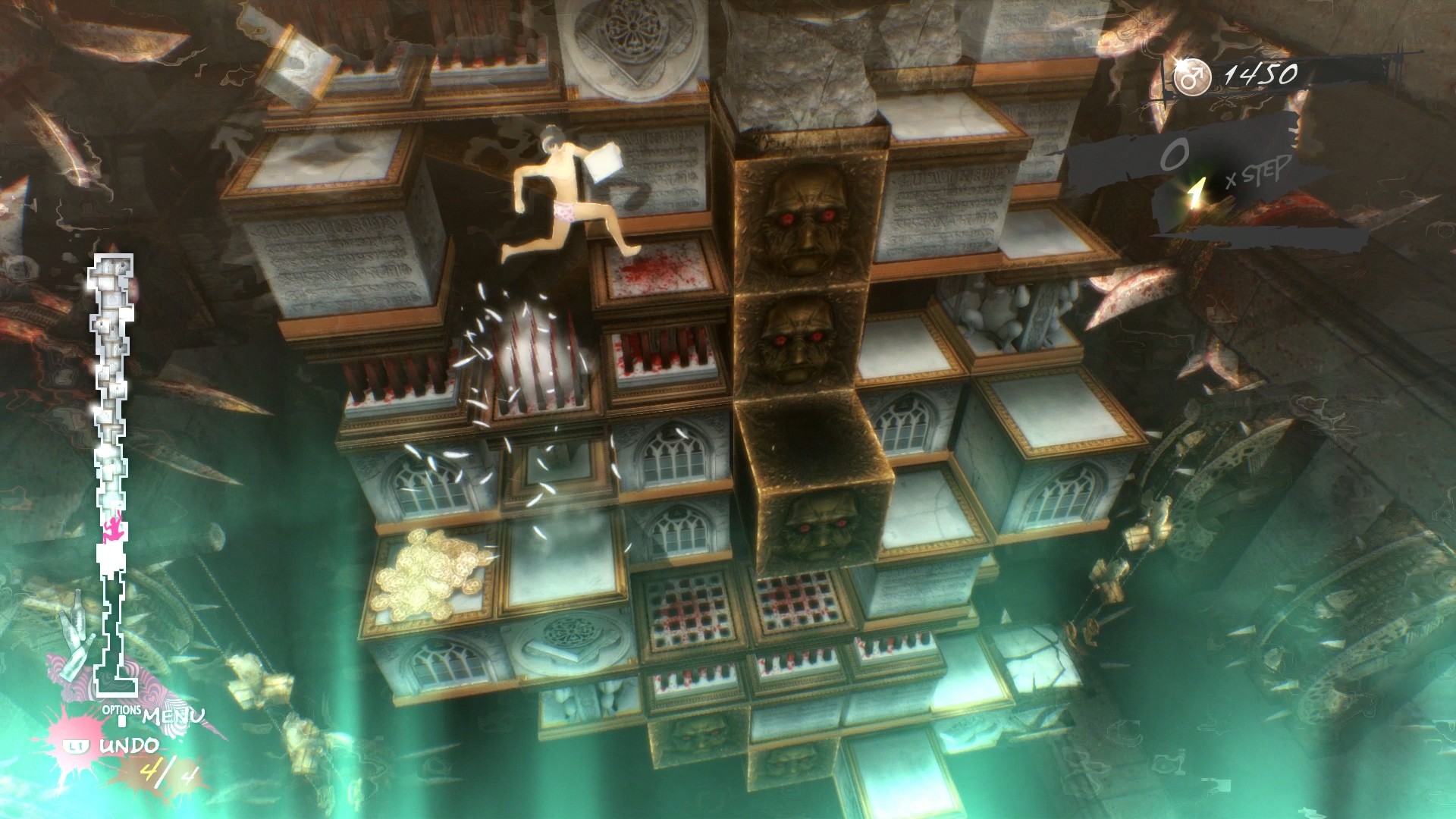 The original Catherine released in 2011 to favorable reception. It certainly was like nothing else seen before with its combination of social simulation and block puzzles. Now 8 years later, Atlus has rereleased the game as Catherine Full Body with several new additions and improvements. The result is a very similar, but much more enjoyable experience.

For the uninitiated, the game follows a man name Vincent Brooks, who upon facing pressures to get married from his longtime girlfriend Katherine, finds himself waking up to another woman, Catherine, one night. At the same time, he begins having mysterious nightmares in which he must climb towers each night, where failure to reach the top in time, results in death in the real world. While dealing with these nightmares he must also figure out how to handle the fact that he is cheating on his girlfriend. Full Body notably adds a third character named Rin who Vincent can pursue as well. Rin is woven into the original story pretty effectively and the new scenes do not feel out of place. Outside of the nightmares, Vincent spends most of his time at the Stray Sheep bar where he can interact with his friends as well as other patrons and employees at the bar. 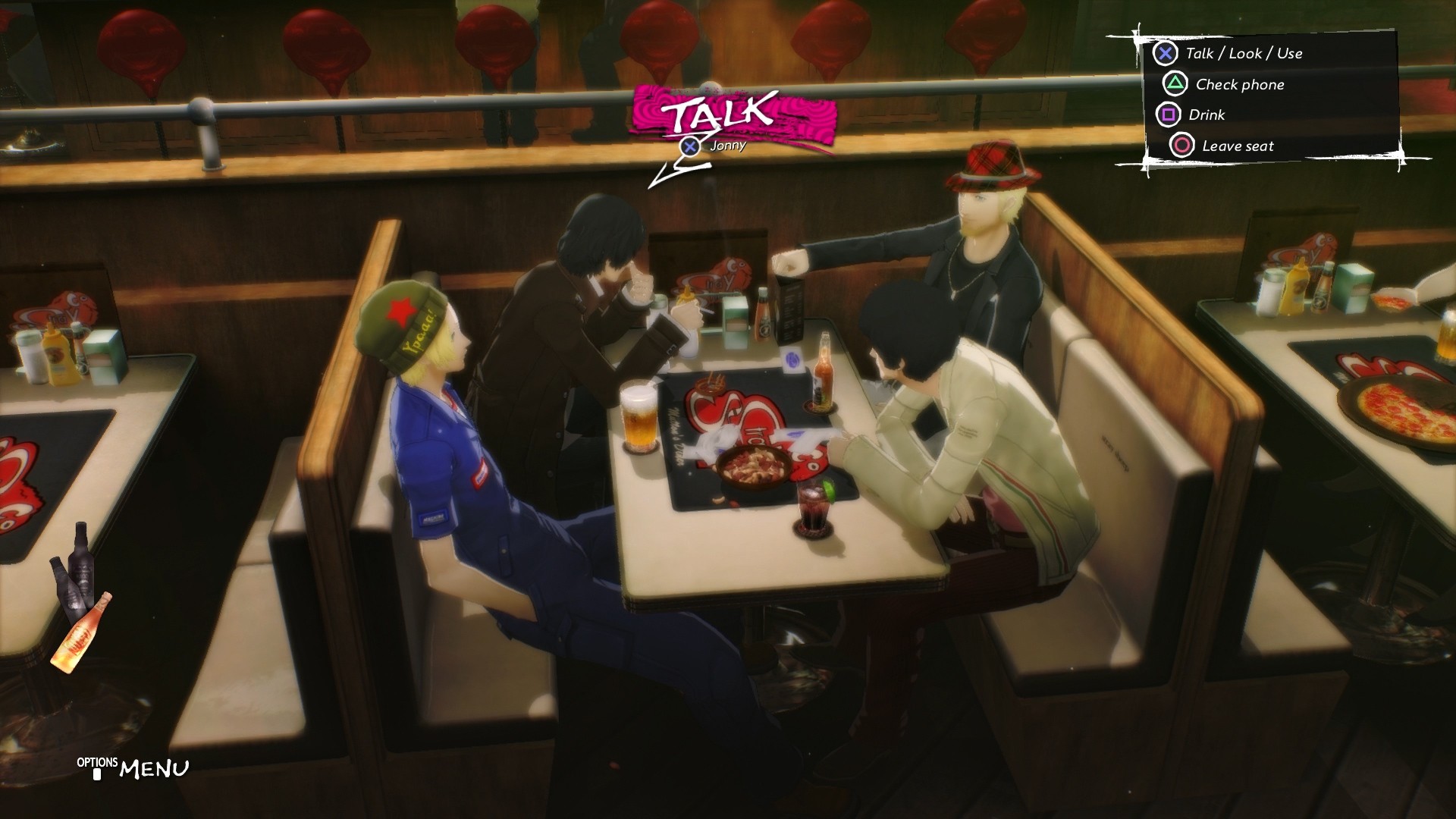 The story is well told with anime cutscenes sprinkled throughout and Vincent’s relationship troubles are more engaging than one might think. Despite the absolute absurdity of the overall premise, the game actually tells a fairly mature story that touches on marriage, pregnancy, and acceptance of people’s differences. While most characters are fairly minor, they all still have distinguishable personalities and are brought to life well, many by several Persona veterans such as Liam O’Brian (Akihiko from Persona 3) and Erin Fitzgerald (Chie from Persona 4).  During my first playthrough of the game, two of my friends actually watched me play almost the entirety of it. That should serve as a pretty good indication of the story’s ability to be gripping.

The gameplay is split up between the puzzle solving sections of the nightmares and the social sims sections of the Stray Sheep bar. In the dreams, Vincent, essentially, must push and pull various blocks to form staircases that he can ascend. Blocks will fall if not properly supported and some blocks have special properties such as being booby trapped or made of ice. Items are also available either to find as you scale the tower, or for sale between sections. Vincent must reach the top before the tower falls out from underneath him or before one of several bosses catches up to him.  In the original game, the tower-climbing block puzzles could often be insanely difficult and lowering the difficulty mostly just added mechanics or items to make the climbing easier. In Full Body the actual layout of the towers are changed depending on the difficulty. It is much more satisfying to scale a more easily manageable tower than it was just skipping the parts of the difficult towers in the base game. The camera is also much more reasonable this time around when Vincent is scaling the back of the tower.

Once a tower is cleared, Vincent may interact with other men having the same nightmares and must answer a question regarding his views of relationships. The answers to these questions will help determine which of the love interests Vincent is most suited for. Interacting with others, especially the love interests, will also change Vincent’s alignment. Most of these interactions take place at the bar. Here he can order drinks to increase his speed for the next set of towers, speak with other patrons, many of whom are also having nightmares, to encourage them regarding their personal problems and the nightmares, respond to calls and messages, and play an arcade game that uses similar gameplay to the tower sections. On a more minor note, Vincent can also change the music at the bar via the jukebox, and if you’re a fan of Persona you’ll find a lot to like here. There are a lot of tracks from that series. 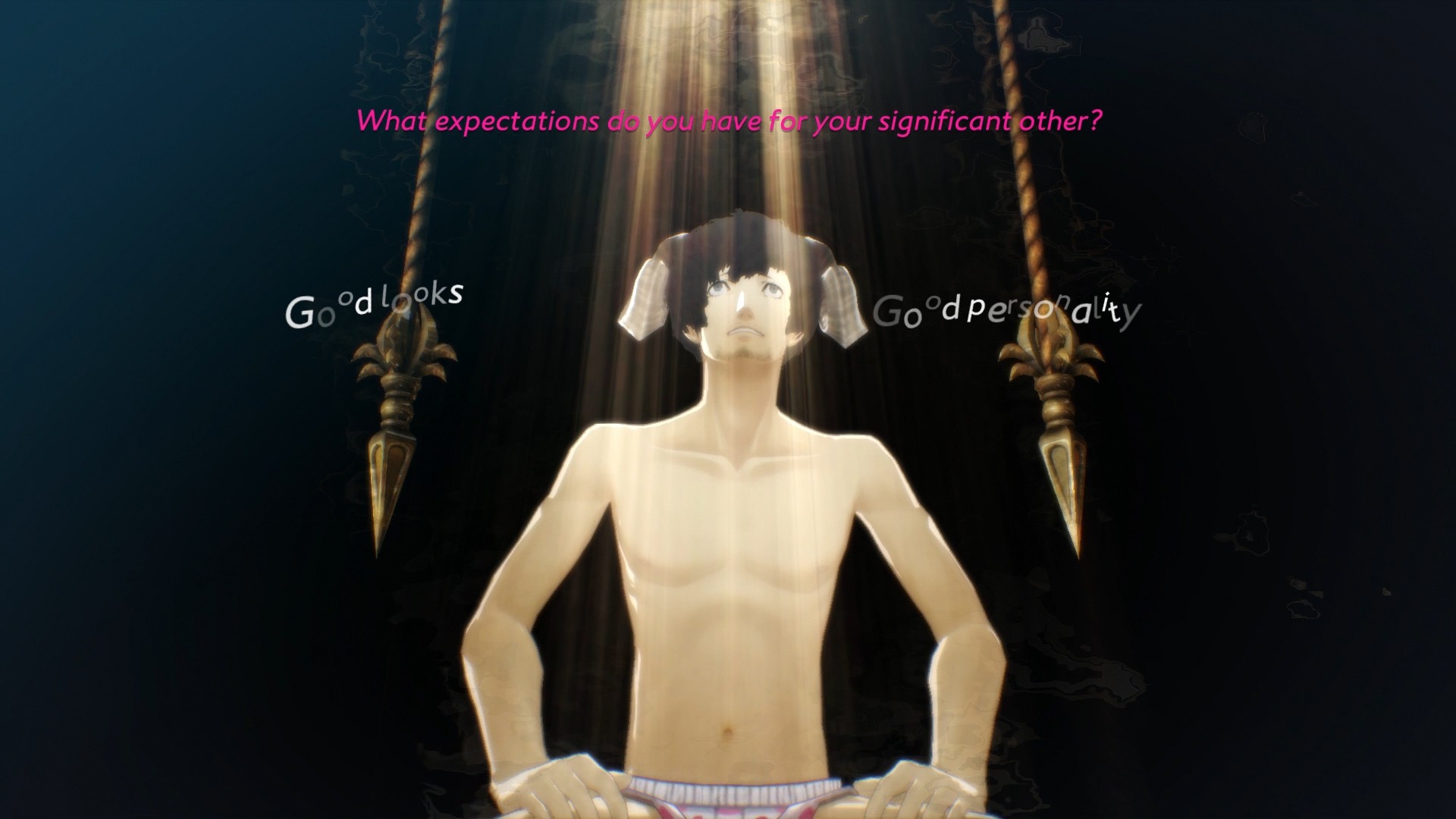 The game is fairly short, clocking in around 8 or so hours if you don’t spend too much time on the arcade game, Rapunzel, in the bar. The game has 13 main endings however and while some are similar to each other, most are unique and highly variant from one another. Because of the quality of life changes made to the nightmare sections, I found myself much more willing to replay the game in order to see the different endings. At the time of writing, I have completed the game 3 times, not including my completion of the original game. Thankfully, the game allows you to skip cutscenes in order to facilitate this process of seeing all the endings.

The game also offers a couple of side modes, including Babel mode which sets 4 semi-randomly generated towers of varying difficulty and heights before the player. With only one item to start with and none sprinkled throughout the tower, these towers are not easy to scale. Unfortunately, the difficulty of these cannot be altered so you’re out of luck if they prove too difficult. They can also be attempted with a friend, however, to attempt to make things easier. competitive climbing is also an option, but the online community for the game isn’t super dense, so having a friend for this mode would be preferred.

Overall, Catherine Full Body serves as a meaningful re-release of an oft overlooked game from 8 years ago. The changes to the nightmare sections make them much more enjoyable to scale and the addition of Rin provides even more options for the player without tampering much with the core story of the original. If the first release passed you by, Full Body is worth checking out.

With additions such as a third romance interest in Rin, and meaningful gameplay changes, Catherine Full Body is most certainly worth a play…or 13.