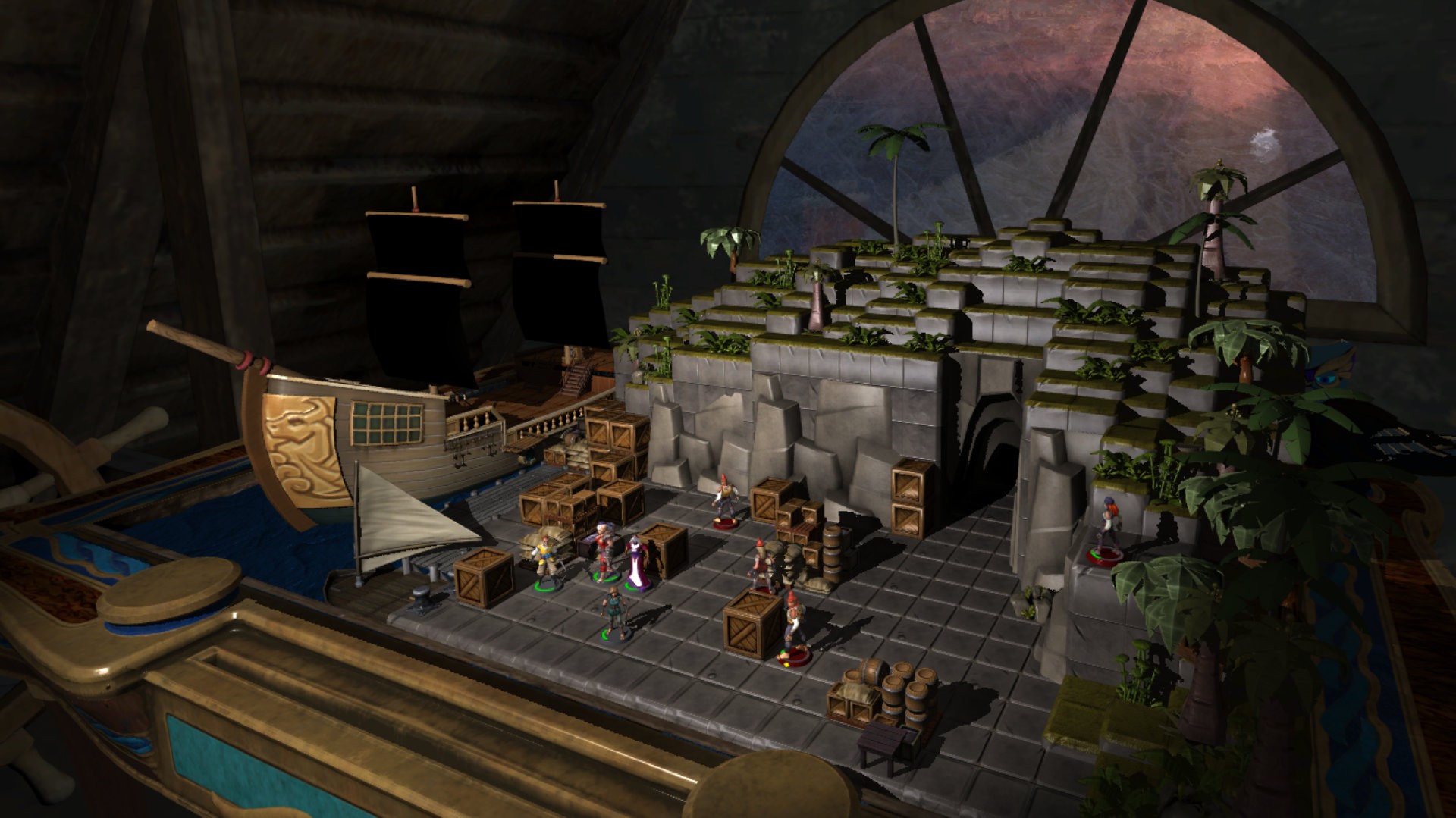 Not so long ago, table top games such as Dungeons and Dragons and Blades in the Dark were the only way to experience TRPGs (Tactical Role Playing Games). 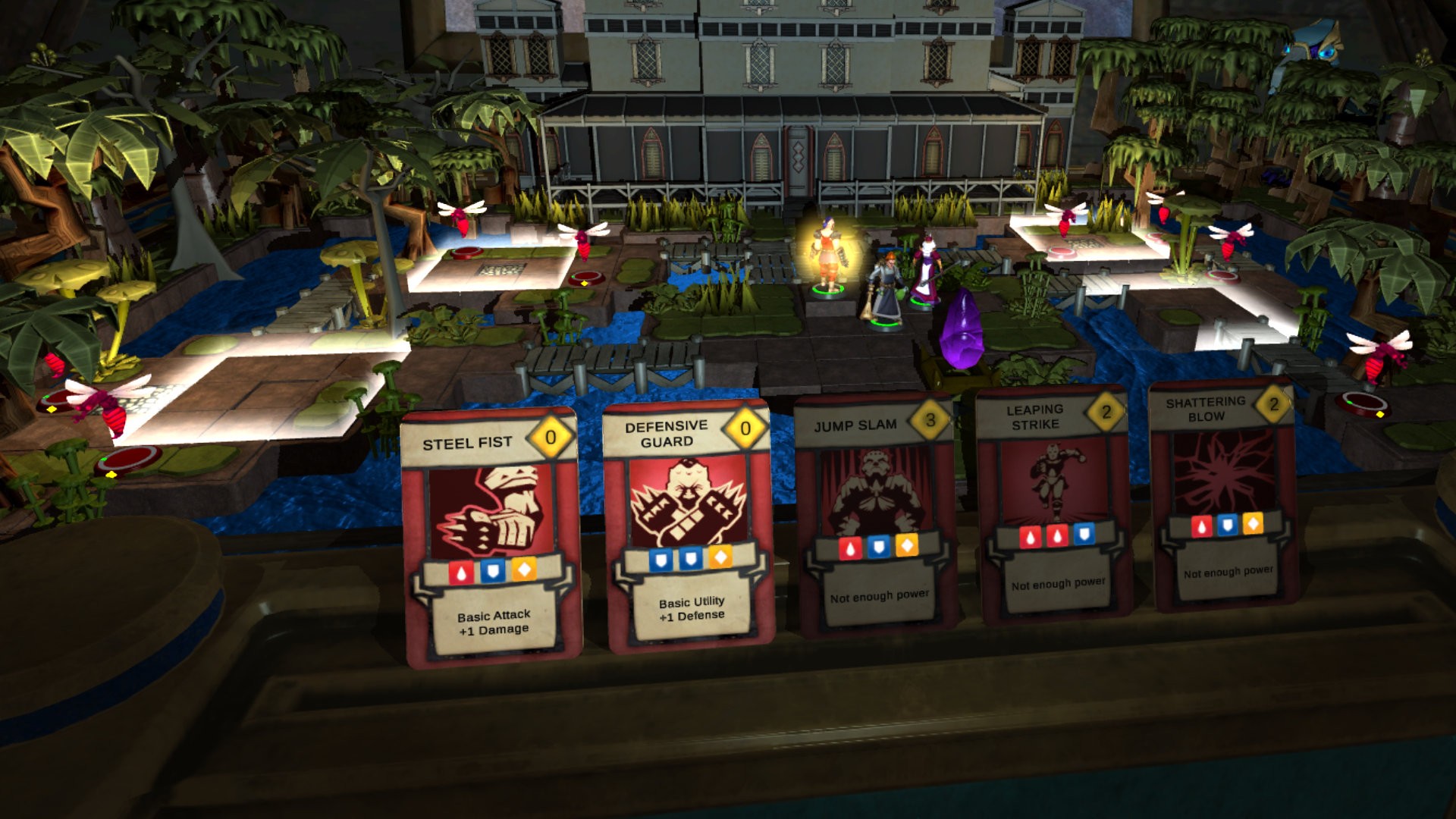 The result: a unique gaming adventure that is probably unlike anything you’ve experienced before. The premise of Table of Tales: The Crooked Crown is a simple one: you’re playing a table top game you found in an old attic which (I think) belongs to your aged aunt. Anyone who’s seen Jumanji will immediately feel at home here. In Table of Tales: The Crooked Crown you have a ship and a partly animated crew (called The Scoundrels) that you will guide through a dangerous region known as the Crown Islands. The game is played by choosing which card and Scoundrel to play and rolling dice. In order to make a choice, you pick up the character you want to use, set them down on a square, roll the dice and then select a card with your motion controller. Once the card is selected, you use it to touch the crew member you’ve chosen. Each character has different stats and strengths and it’s up to you to decide who to use under which circumstance. If you’re not sure which character to use, you simply pick them up and place them on a panel in front of you. Their stats then appear on a sheet which you can inspect in detail. If I was wearing a hat while writing this review, I’d take it off to Tin Man Games for the insane level of interaction Table of Tales: The Crooked Crown offers. I mean even the map can be picked up and examined. Excellent.

As with traditional table top games, action in Table of Tales: The Crooked Crown is turn-based (in the vein of Battle Brothers and Warhammer 40,000) and there are multitude of options on offer and combat is only one of them. Table of Tales: The Crooked Crown is narrated by a chirpy Game Master mechanical bird called Arbitrix and as she recounts the story of your motley crew of scoundrels the table explodes into life. This table top morphing is sheer magic for the senses and, the first time the table erupts into life, you’ll have to fight the urge to call someone and ask them to watch what you’ve just seen. 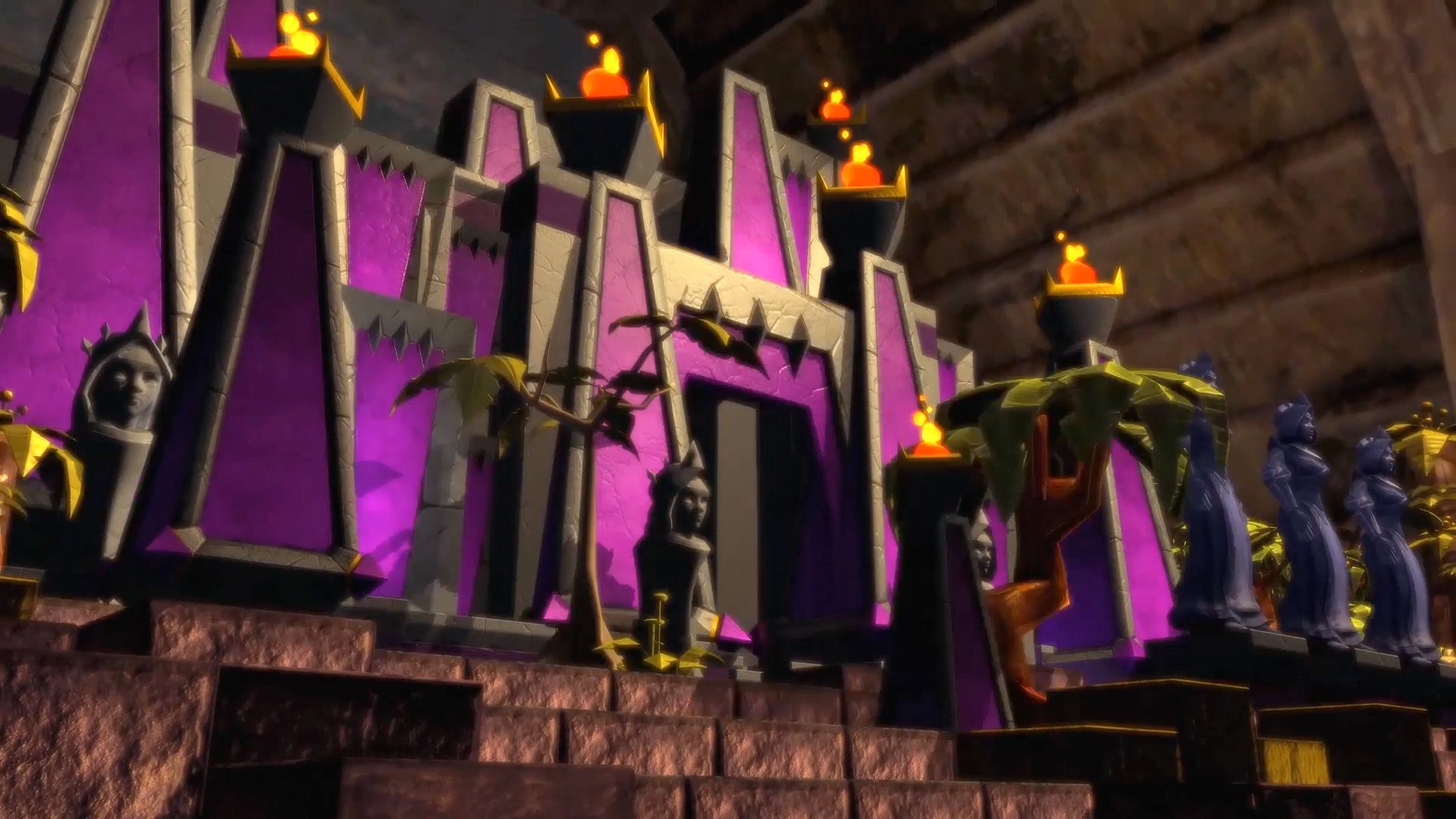 Visually, Table of Tales: The Crooked Crown looks stunning in VR. The table itself features scenes that rise and fall in front of your eyes and the characters are incredibly well animated. Even if you lean in to inspect a building or character, the visuals remain crisp and detailed. It’s no exaggeration to say that this is by far one of the most visually accomplished PSVR titles on the market to date. As Table of Tales: The Crooked Crown is aimed at a younger audience, the humour is light and inoffensive, but will still give older gamers a few moments for smiling and nodding your head in appreciation.

In terms of comfort Table of Tales: The Crooked Crown is about as motion sickness free as you can get. The game can be played while sitting and there is virtually zero spinning around. You can pick items up and hold them to your face or lean in to look closer. For anyone still getting their VR legs, Table of Tales: The Crooked Crown is a no-brainer.

Although table top games may not be for everyone, Table of Tales: The Crooked Crown is a unique and magical VR title that couldn’t have been imagined five years ago, let alone brought into reality.  Highly recommended.

A unique and magical VR title that couldn’t have been imagined five years ago let alone brought into reality.  Highly recommended.