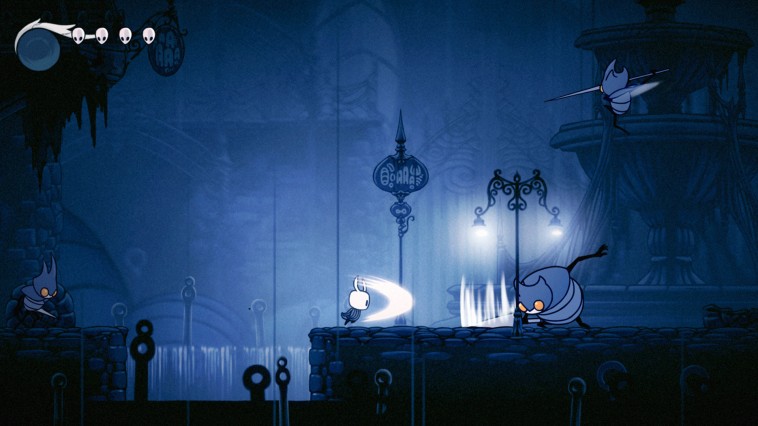 Even after running a successful Kickstarter campaign, I don’t think that Team Cherry could’ve anticipated the amount of success that Hollow Knight would end up having, and quite honestly, I was always intrigued by it until I finally got my hands on it. I must say, it’s pretty damn good as pretty much everyone that has played it makes it out to be.

At its core, Hollow Knight is a 2D side-scrolling metroidvania that, like many others in this genre, focuses heavily on exploration, precision platforming and combat. However, Hollow Knight not only delivers those elements in an almost perfect fashion, but it also features one of the most intriguing and immersive game worlds that I’ve experienced in a metroidvania ever.

The game takes place in a world inhabited by all sorts of adorable bugs and other creatures, where you play as a lonely little fellow who has seemingly ventured on its own to the lands of Hallownest. This was once a formidable kingdom but, with the passage of time, it slowly died, its people either disappeared or grew mad, while the wonders of this once great civilization remain for adventurers and explorers, such as yourself, to behold. One of the strongest points of the game’s aesthetics is how it blends a general lack of colour with a bunch of cute looking characters, highly detailed hand drawn assets and particle effects, which sets the stage for the game’s rather daunting setting that also has its lovely moments. Being a metroidvania, each area of the world is distinctly unique and has its own specific backgrounds, props and musical theme, which I must add it’s quite astounding. The orchestral soundtrack delivers perfectly, and sets you on the right mood while playing the game in various different instances. 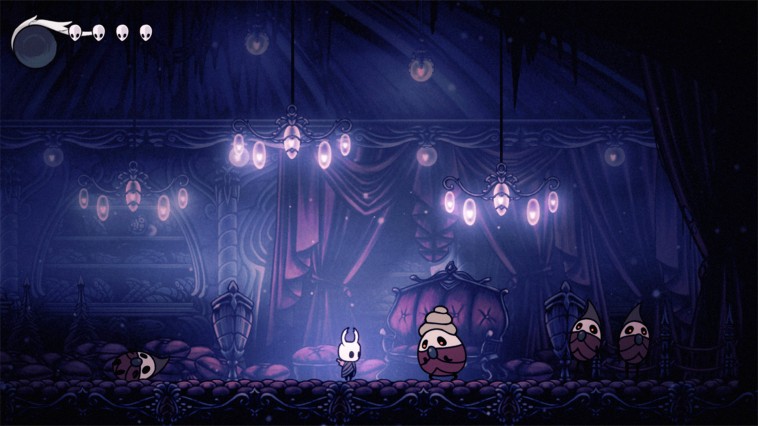 Hollow Knight’s world is certainly quite the sight to behold, and it’s clearly one of its key selling points. The story isn’t really laid out in front of the player, instead the game slowly introduces new elements of the world and its lore to you but it doesn’t connect everything, that’s up to you. When I say that it introduces new elements of the story, this isn’t really done via direct dialogue, text, or other means that games tend to resort to when delivering a predetermined narrative, but instead, clues are scattered throughout its world, clues which some people might not even see or understand. In the end, it’s really up to the player to approach the game and look for it really, the game isn’t going to hand it on a platter to you, and this makes things even more intriguing, as I found myself wondering about certain things when I wasn’t playing the game.

Now, in regards to how the game plays, one of the first things you notice is how tight the controls feel, and this makes it so that the movement feels extremely on point, which is a must, for a game that relies heavily on platforming, dodging and outmaneuvering enemies. For instance, holding down the jump button will make you jump higher, while just tapping the button will just make you jump a tiny bit. With that said, these feelings in regards to the controls are only to be taken into consideration if you’re playing with a controller, as using a keyboard doesn’t feel even remotely similar.

Considering that this is a metroidvania, the way the game is structured is pretty much like any other game like it that it’s out there. There’s this huge world composed of various different areas which will gradually gain access to as you defeat bosses and unlock new abilities such as a dash, double jump and wall climbing. This might sound like your typical metroidvania, but upon closer look you can clearly see the differences. Some games tend to divide their world into several areas, and picking up the most basic example, you can have the fire region, the ice region, and so on, you know what I’m talking about, zones that have been a standard for quite a while. This is where the game’s storytelling and exploration shines, as every single zone is intrinsically connected to the game’s dying world and everything makes sense. Even more so, the world has these safe havens that you come across, as well as rather peculiar characters that act as some sort of beam of light in an never ending dark world.

As far as the gameplay goes, combat might feel a bit too simplistic for some people, since it’s mostly about learning enemy attack patterns, countering them, and outmaneuvering them. However, finding a new type of enemy for the first time always feels great, mostly because you don’t know what to expect, but the boss fights are really quite something, and there are a couple dozen of them. Hitting enemies feels exceptionally satisfying, both thanks to visual and sound cues, as well as the fact that you character bounces back whenever you hit an enemy. Killing enemies grants you Geo, the game’s currency, and fills your Soul, which serves both as a means of healing, as well as casting damage dealing abilities that you’ll unlock. 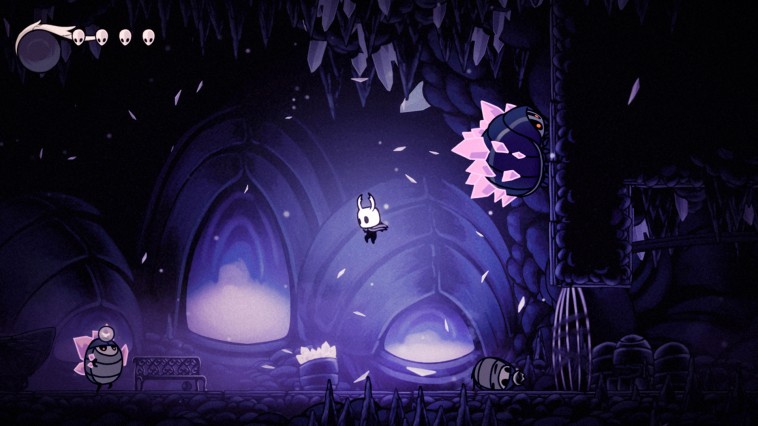 All of this plays a pivotal role in how the game is paced, which is pretty well done, by first introducing you to passive enemies that don’t even react when you attack them, followed by a steady and gradual introduction of enemies that engage on sight and actively chase you, in a way, the game teaches you how to play without having a proper tutorial, which I find quite ingenious.

While the combat is certainly not the best thing about the game, even despite how good and smooth it feels, customizing your character with charms plays a huge role in altering your game experience. As you play the game you’ll come across new charms, which you can then equip by resting at a bench, which also serves as a checkpoint and as a means of updating your map with newly discovered areas. Charms are essentially passive bonuses, such as, increased soul gain, increased attack range, or double your health points at the cost of not being able to heal yourself. Still, you can only equip a certain number of these at a certain time, and the more powerful they are, the more slots they take on your inventory.  There are no right or wrong combinations of charms that you can use, it’s only up to you to come up with something that suits your play style best, which only adds more personality to each individual’s experience.

To say that I’ve fallen in love with Hollow Knight would be an understatement, as I quite honestly believe this is one of the best games that I’ve ever played. Despite its minor shortcomings, its world design and world-building, the amazing soundtrack, how good your character controls and feels, the whole mystery throughout the game, the entire game as a whole just trumps the little things that it could’ve done better. Not only that, but the game has already received a free content update and it’s supposed to receive two more, one of which is supposed to come out this October, which only goes to show that the developers really do care about their game and their fans. Hollow Knight is truly one of the best metroidvanias that you can get, I highly recommend it.