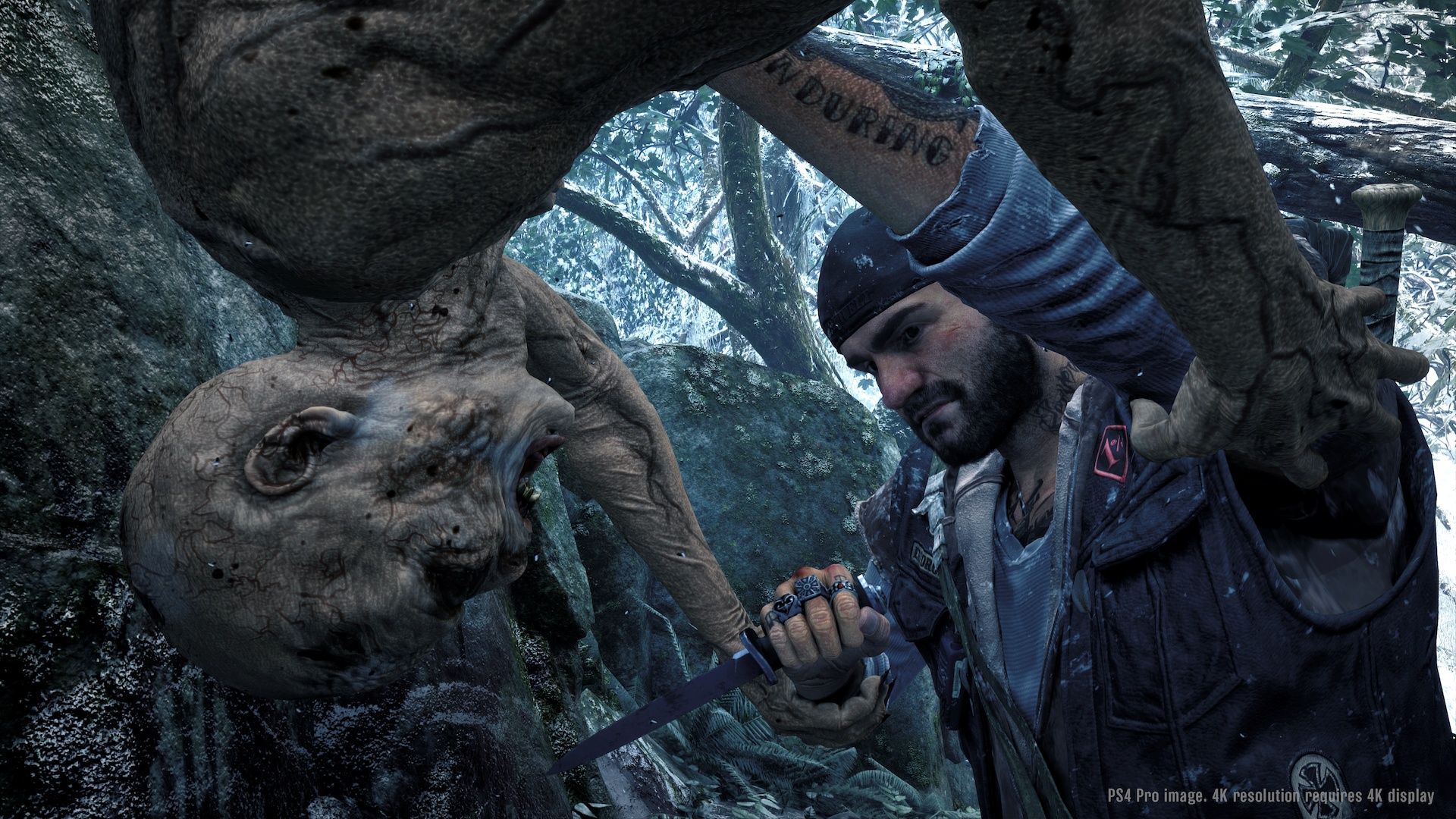 Days Gone is an action-adventure survival game developed by SIE Bend Studio and is a PS4 exclusive, it was released in April 2019. This is the 1st game in approximately 7 years from the development team, however, they have a good pedigree after producing the Syphon Filter franchise. An open world sandbox game with a relatively large map to explore. It is set in Oregon, USA, 2 years after a world changing event which has decimated humanity. A 3rd person perspective allows you to control the game’s protagonist Deacon St John, an interesting if not miserable ex-convict from a Motorcycle Club.

The game has RPG elements within its skill trees. This will allow you to improve your character in 3 separate areas; Melee, firearms or your survival skills. If you complete everything within the game, you will easily obtain enough XP to unlock all of the available skills. If you do decide to not be a completionist, you will need to assess the skills as some are vital to tackling the harder aspects of the title. The overarching story surrounds a corporation called NERO, they are like the real life CDC (Centre for Disease Control). Around the map are NERO sites which have research facilities. These are key to developing attributes for Deacon; health, stamina and focus (a shooting mechanic). These also add to the RPG elements and allow you to select how you want to improve your character, and ultimately how you decide to tackle the game.

The main gaming mechanic revolves around Deacon’s motorcycle, it is required for navigating around the map and you must take care of it. You will have fuel to consider and damage to the bike to think about. Initially you are limited to how much scrap you can carry for repairs, you’ll be surprised how quickly you can burn through this if you are careless. As you ride around you will need to plan your journey so that you will have enough fuel, or at least have fuel to top up the bike as otherwise the engine will stop, and you will be left stranded. Some may be frustrated by the level of planning and care you need, but if you embrace this mechanic it adds a unique twist to the game. 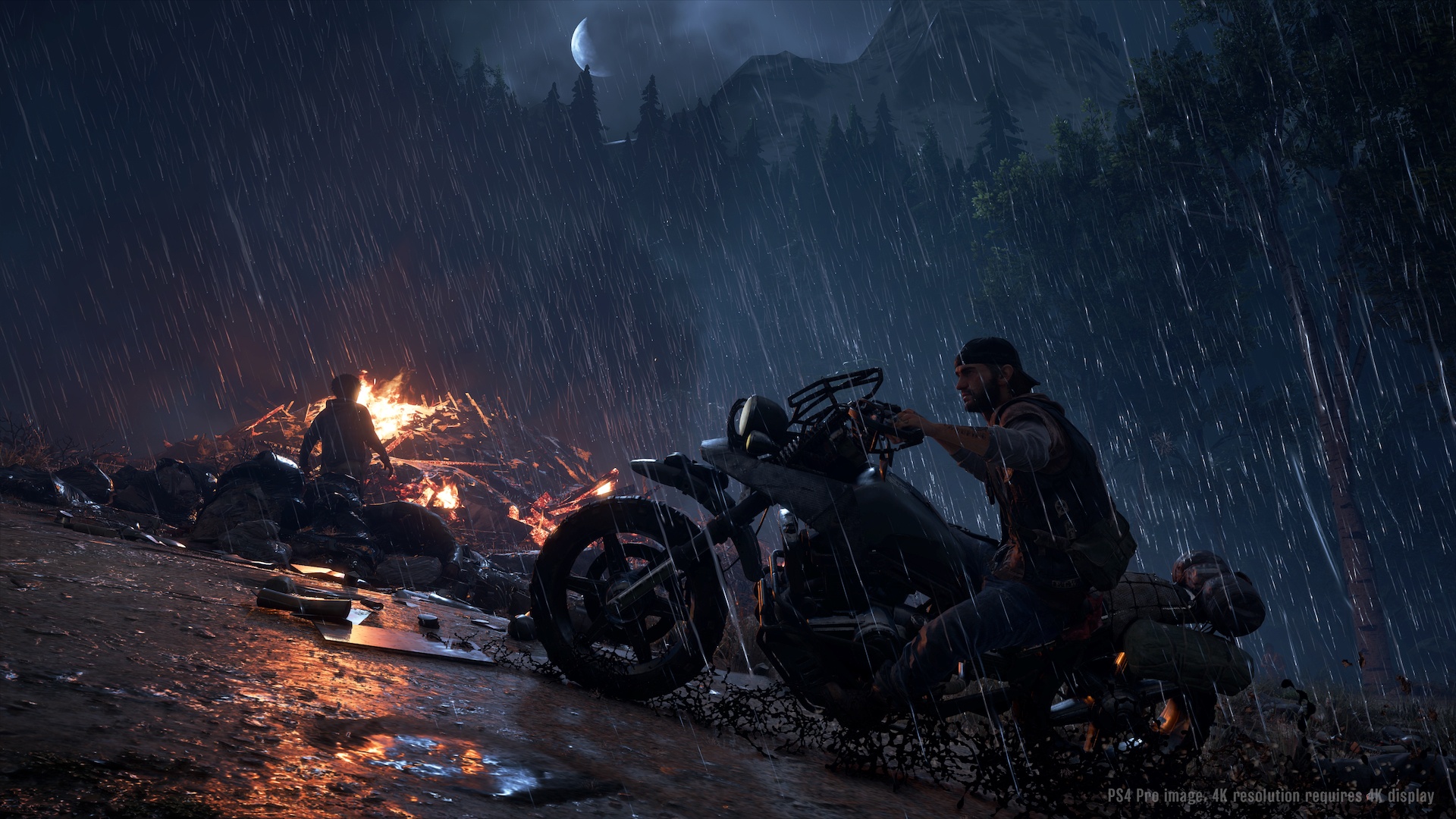 With a tried and tested storyline, you must discover what has happened to loved ones, why the world has gone to hell and mixed in with this is a combination of side quests which have you traversing the world map helping people. As you explore, real time events will reveal themselves to you. They are represented by a blue question mark. These can be to save fellow survivors, hunt or get trapped by aggressive renegades.

The storyline is a little predictable, and in my opinion padded out unnecessarily. What cannot be denied is the quality of the story telling and the emotion in the writing. It makes it compelling and despite the fact they could have cut out some unnecessary waffle, it does have you hooked and coming back for more. If the storyline is all that you are interested in, and you were to ignore everything else, you’d be looking at a mammoth 40 – 60 hours to complete a play through. The side quests will add approximately 20 hours, and relate to various outposts scattered throughout the world. These quests are unfortunately repetitive in nature. After saving the 5th random person at the same outpost, you will be rolling your eyes and wondering what on earth these people are thinking to get themselves into these situations. As monotonous as these are, they are important to complete if you want to build your trust with the occupants. This bond will unlock new and improved weapons, equipment and bike parts. It also has a direct link to how the story plays out.

The only frustrating thing I found about the side missions is as follows; I would be away from a camp, get a call from the base leader to come back for an important mission. I ride back, chat to them and find out I had passed the location of the mission whilst returning to camp. Now I must travel the same path back to complete the task, why could it not identify the location on the radio? It smacks of padding the game out to me and in a world where fuel and scrap metal are allegedly scarce, why would a camp leader make you do something unnecessary? This is more of a personal whinge, and you may not find this as frustrating as I did.

The survival aspects are great, unlike in other games where resources will magically respawn over time, in Days Gone once you use the resource it has been spent. This will make you consider your use of ammo, scrap and components. Should I use this Molotov? Can I limp my bike back to an outpost without repairing it? These are the types of questions you will be asking yourself and if the game didn’t have this limited resource approach it would make it less immersive.

Between quests, rescuing survivors and other general aspects of the game, the developers clearly want you to explore the large map. This exploration will have you discovering collectibles, points of interest, animals to hunt, as well as skins and plants to harvest. The latter two are important as they will allow you to craft certain items. Reputation and trust are built up when you sell the items that you have found on your journey.

Looking around the map you will randomly discover camps owned by warring factions; raiders, marauders or rippers. Clearing these bases will allow you access to their bunker and more importantly a local map section. This will clear an area of mist on the main map view and show you important points of reference. Additionally, you will unlock important blueprints for crafting weapons.

The main enemies (aside from aggressive humans) are the Freakers. These are not quite zombies and not quite infected humans. They come in different varieties and will require alternative methods to kill them. An intuitive learning curve helps while slowly introducing you to the new varieties, so that you can learn and hone your skills on how to kill them. As you progress, your character will become stronger and you will have access to better weapons and this will make the enemies infinitely easier. One of the main advertising points was the hordes, a group of 100+ Freakers all working to kill you. These are scattered around the maps and depending on the environment, time of day and so on, it can vary in difficulty. They will hunt you relentlessly and climb over objects, through gaps and will stop at nothing to kill you. You will be frustrated by them to start with, but as previously stated you will get stronger, so confronting them will get easier. There is something cathartic about destroying hordes with relative ease after they would have previously torn you limb from limb. 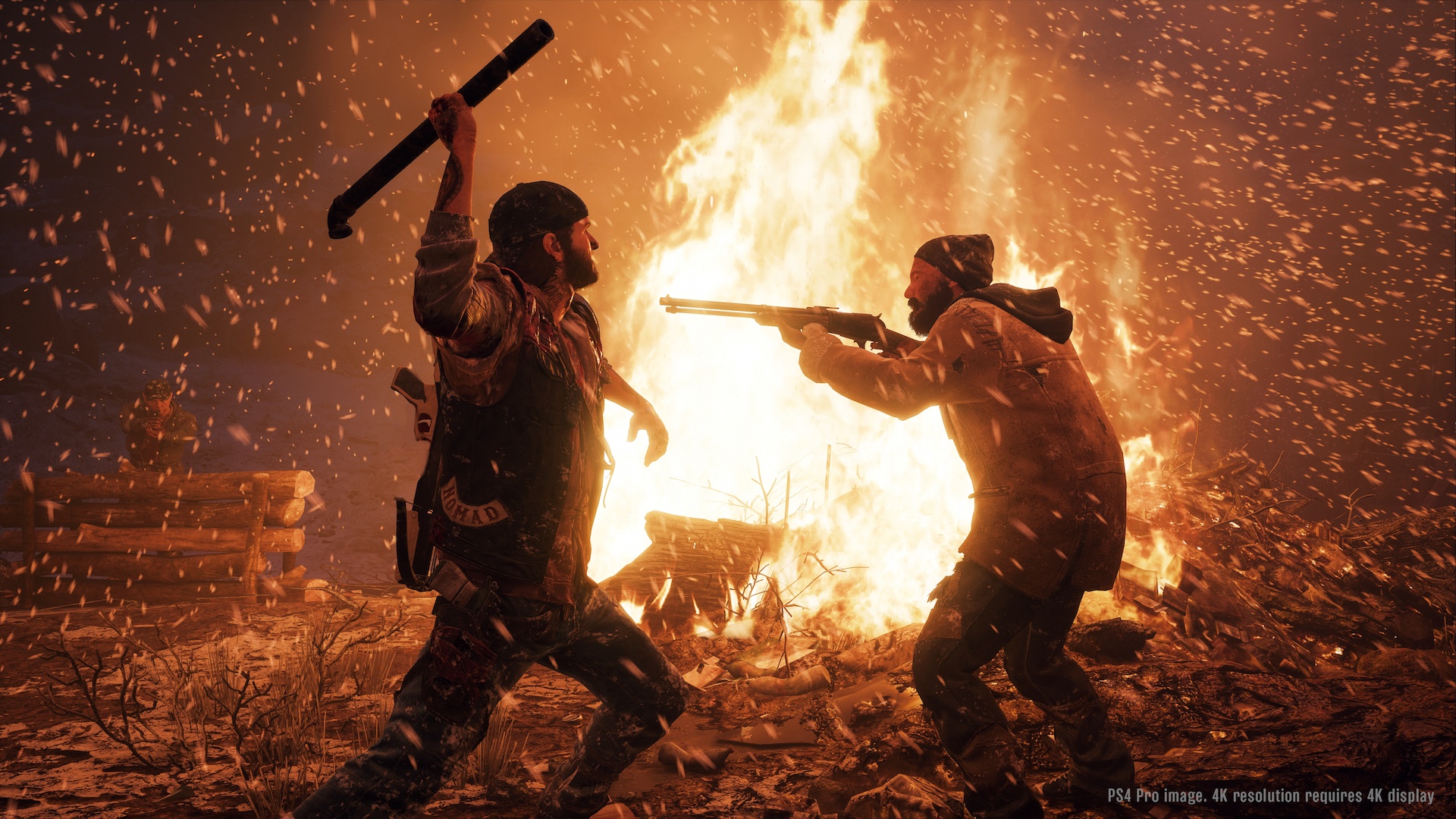 The various characters you meet all have their own back stories. If you take the time to speak to them, complete the relevant side missions for the camps and look for collectibles you will find out more about them. The stories surrounding these characters add depth to the game and I would highly recommend getting to know about them if you want the full experience.

The graphics are what you should expect from a 2019 PS4 game, they are gorgeous. The atmosphere through lighting and the colour pallet really expand on the nature of the ravaged world. The visceral melee combat and dismembering of enemies gives an element of realism as well. Overall the graphics are immense and are a credit to the developers.

The sound quality is also extremely good, the bike sounds realistic and the weapon noises are great. The screams of the Freakers are brilliant and add to the fear level the game wants you to experience. When you are hiding in a bush and you hear the snuffling of a Freaker as it is getting closer to you will make your heart race and adds to the stress, in this title that is a good thing. A comical part of the sound is when you are riding the bike and Deacon gets a radio message, or listens to Radio Free Oregon he will with almost 100% consistency shout at the top of his voice in response. I did find this bizarre and does take away a little from an otherwise excellent aspect of the game.

Once you have finished, you have the option for NG+ and also challenge mode. This has added survival games, waves of horde, and other timed challenges. The way the story ended has left it open for DLC or a sequel so expect more to be added as time goes on.

There are a number of small glitches, unsurprising considering the size of the title. I never discovered anything game breaking, however, they can be frustrating. The examples I can give are a crow flying into the side of my bike whilst riding and being stuck to me, or attacking a horde and clearing it only to find that it didn’t count and as I returned to their cave they respawned on top of me. You will find the glitches more amusing than anything, so I don’t penalise the game for these.

For a game that was delayed and hyped to be a massive AAA title, has it lived up to its expectation? In my opinion, it is great, but not a masterpiece. In a year where there have been some outstanding games released, this just doesn’t quite get to that level. They haven’t really redefined anything that hasn’t been done previously by others in the genre. What they have done is completed to a very good standard. I just wish they had removed some of the unnecessary padding from the missions and varied the side missions a little more. Don’t be fooled by this though, it is still a game worthy of playing and considering it has been on sale twice since its release you could pick up an 80 hour game for a decent price. It has NG+ and the challenge mode, that could keep you playing beyond the 80 hour mark if you so wish. Bend Studio has done themselves proud, and it is worthy to be added to your collection.

A good open world survival game with superb story telling. It unfortunately didn’t quite reach the expected heights, but despite its slight flaws it is a worthy title for your collection.