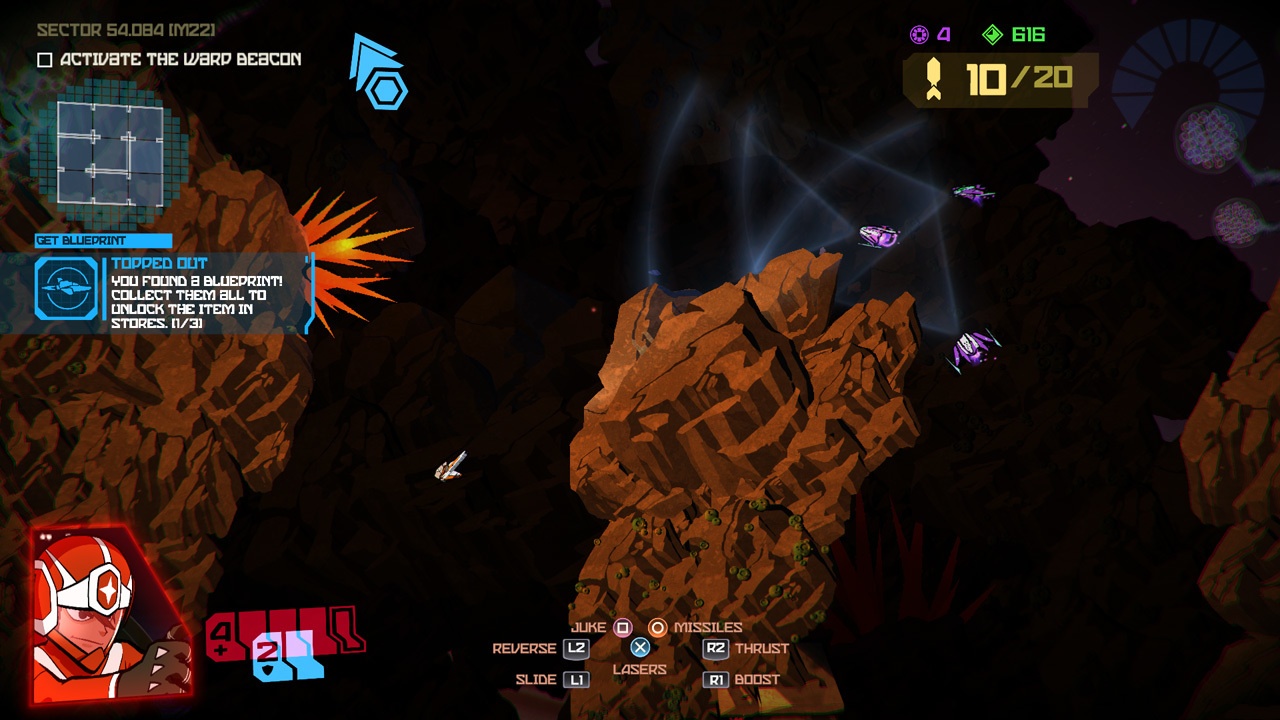 17-BIT’s, Galak-Z: The Dimensional isn’t the hardest roguelike on the market, but I’ll be damned if it’s not one of the most unforgiving. A classic 2D space shooter, Galak-Z takes everything great about early 80s space adventure anime and combines it with very challenging but incredibly entertaining gameplay to create a fantastic shooter that is as rewarding as it is brutal. Part Solar Jetman, part Rogue Legacy, 17-BIT’s follow up to the equally fantastic, Skulls of the Shogun point toward a developer able to effortlessly convey a sense of retro charm while making their games feel fundamentally both contemporary and familiar.

As much as I loved, Skulls of the Shogun, I would argue that, Galak-Z is an even better game, one whose visuals and mechanics feel in perfect harmony despite the fact that the light-hearted nature of the storytelling and animation stand in stark contrast to the unforgiving roguelike shooter below. Taking inspiration from the grand, operatic mech-based anime of the 1980s, Galak-Z looks like the illegitimate love child of Macross and Gundam – it’s all epic hair, primary colours and cool VHS filters – if nothing else, 17-BIT’s shooter certainly looks the part. I’m not the biggest fan of the cell shaded finish and would have personally preferred the kind of cleaner, sharper lines one would find in a high-end anime, but hey, that’s a personal opinion, and besides, cell-shaded or not, the game still looks fantastic. The characters and storyline are actually rather forgettable, but when everything looks this good, it’s really hard to care, and come on, who plays a shooter for its story? Yeah, that’s right – nobody. 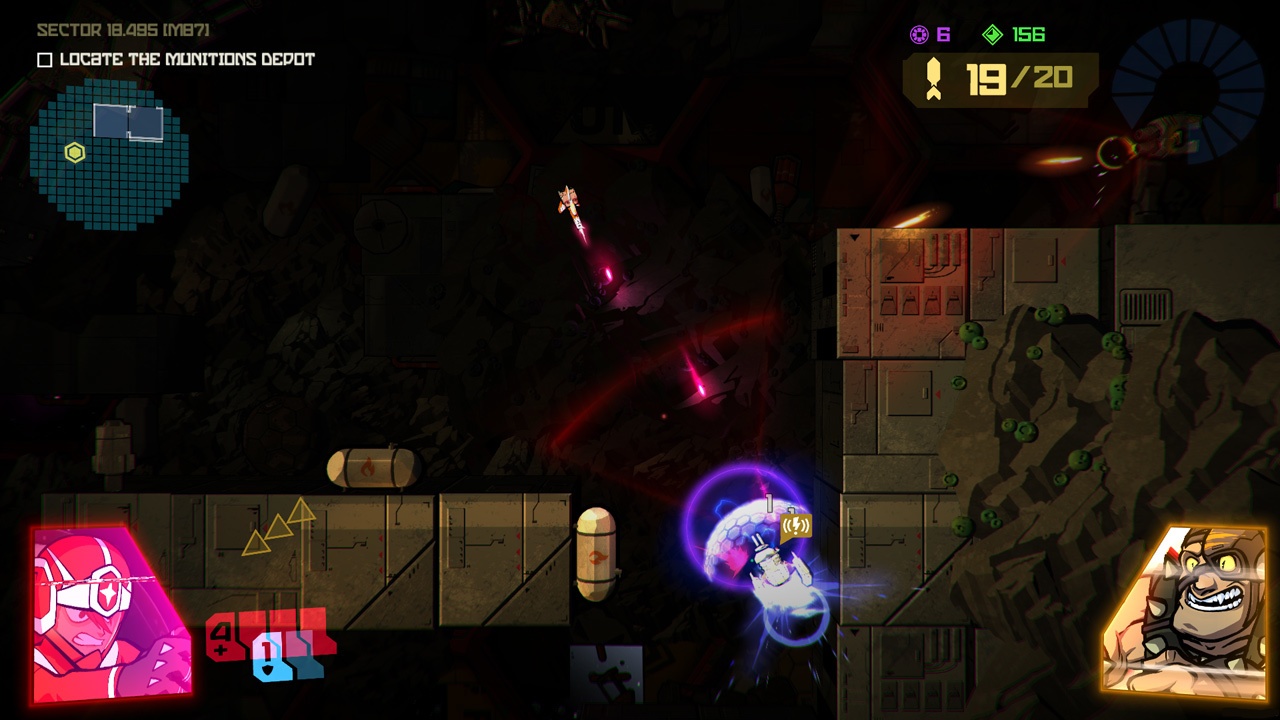 Split out across 5 seasons with 5 episodes per season (BE WARNED – season 5 is bizarrely unavailable until the release of the Windows PC version), Galak-Z isn’t what you would call a huge game, but with procedurally generated stages built upon standardised mission requirements and consistent collectibles, there are plenty of reasons to come back once you are done with the main story missions. Saying that, it’s not like you’re going to stroll through the game – if anything, you’ll be glad that the missions are relatively short as a single death will see you pushed back to the start of your current season with all of those abilities and powers you might have picked up along the way stripped from your ship. It’s a harsh mechanic, one that can see you lose more than an hour of gameplay in a split second, but you know what – it works.

Like the best roguelikes out there, Galak-Z does enough to keep you on your toes while being mechanically fair enough that any failure invariably feels like your own. There is no blaming the game here – if you fail, it was because you made a mistake. In fairness, despite being a very tricky game, it’s not like, Galak-Z is the toughest roguelike out there – it’s more the fact that one mistake can potentially send you back so painfully far. Get taken out on episode 5 and you’re going right back to the start. Like I said, it actually works within the confines of the game, but that doesn’t make it any easier to take when you get your ass handed to you so close to the finish line. I can act all cool about it now, but there were a few occasions while playing, Galak-Z when I genuinely lost my composure, when a fleeting moment of common sense was all that stood between keeping my shi*t together and throwing the controller at the cat. Again, you get over it because you know it was ultimately your error that got you blown to smithereens, but be warned, frustration (however brief) will inevitably ensue. 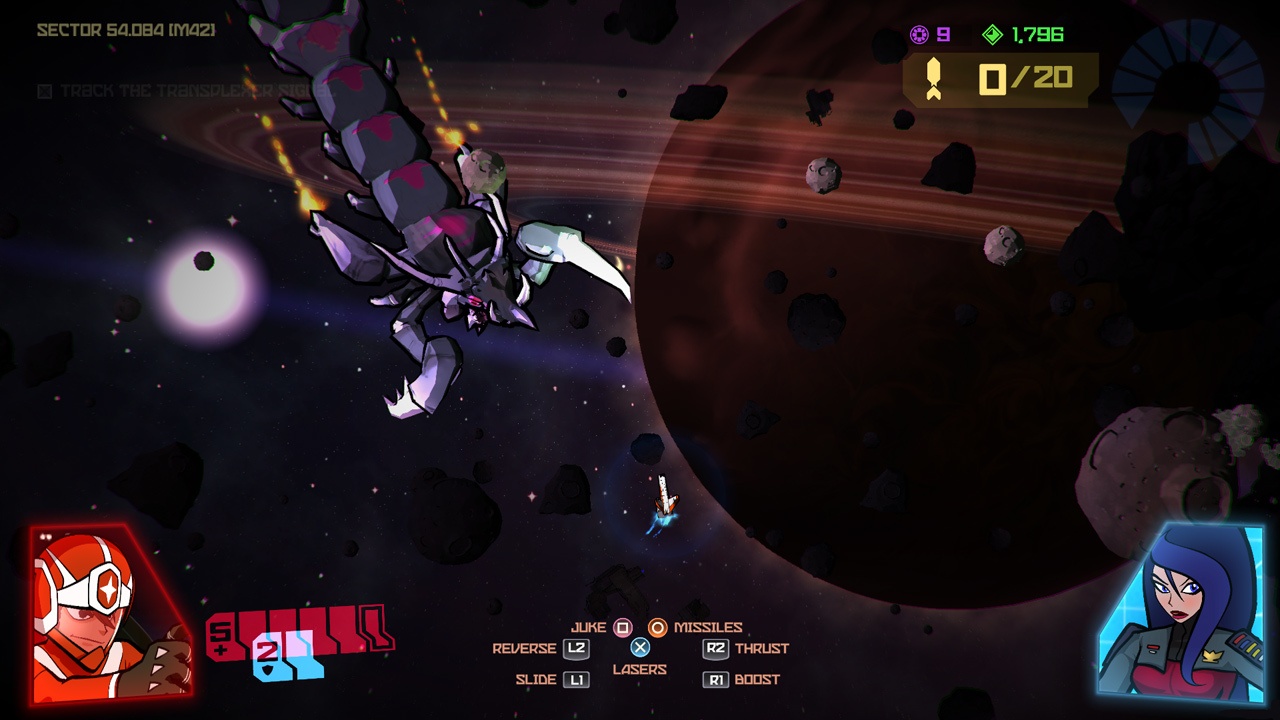 Potential frustration at the structure aside, there is no getting around the fact that mechanically, Galak-Z is wonderful. Controlling like a modern day, hyperactive version of the aforementioned, Solar Jetman, Glak-Z is a game that drip feeds both its abilities and upgrades in such a way as to ensure that players are never overwhelmed by the controls while simultaneously offering a constant stream of new ways to play that ensure that the gameplay never grows stale. With an array of blaster upgrades, a collection of unique control options and of course, the ability to transform your ship into a sword wielding mech, Galak-Z certainly isn’t your run of the mill shooter. Of course, you can go into battle all guns blazing, but with the options to take on enemies using the mech’s sword / grappling hook combo or even to sidestep them completely via some careful stealth manoeuvres, it always feels like there are a multitude of ways in which you can approach any particular encounter. It might sound potentially overwhelming to those expecting a more straightforward shooter, but honestly, the game does such a great job with both the control scheme and the mechanics that incorporating all approaches into a single stage will soon feel like second nature.

Despite its unforgiving structure, Galak-Z is a very difficult game to put down. While potentially harsh, it never feels unfair, and with such a fantastic collection of abilities and powers, the options for general badassery are vast. From the tight propulsion controls to the more physical mech abilities and the simplistic but hugely effective stealth options, Galak-Z proves a breath of fresh air for the shooter genre while never feeling overtly unfamiliar or awkward. The mechanics alone would make for a fantastic shooter, but combine them with the brilliantly addictive roguelike structure and the largely gorgeous, anime inspired art design and you have one of the finest shooters released in the last few years. Sure, the story itself is mince and there are a few issues pertaining to the frame rate when things get especially hectic, but despite these most minor of issues (the story’s style trumps its lack of originality with ease), Galak-Z stands simultaneously as one of the best shooters and one of the best roguelikes of the generation thus far.