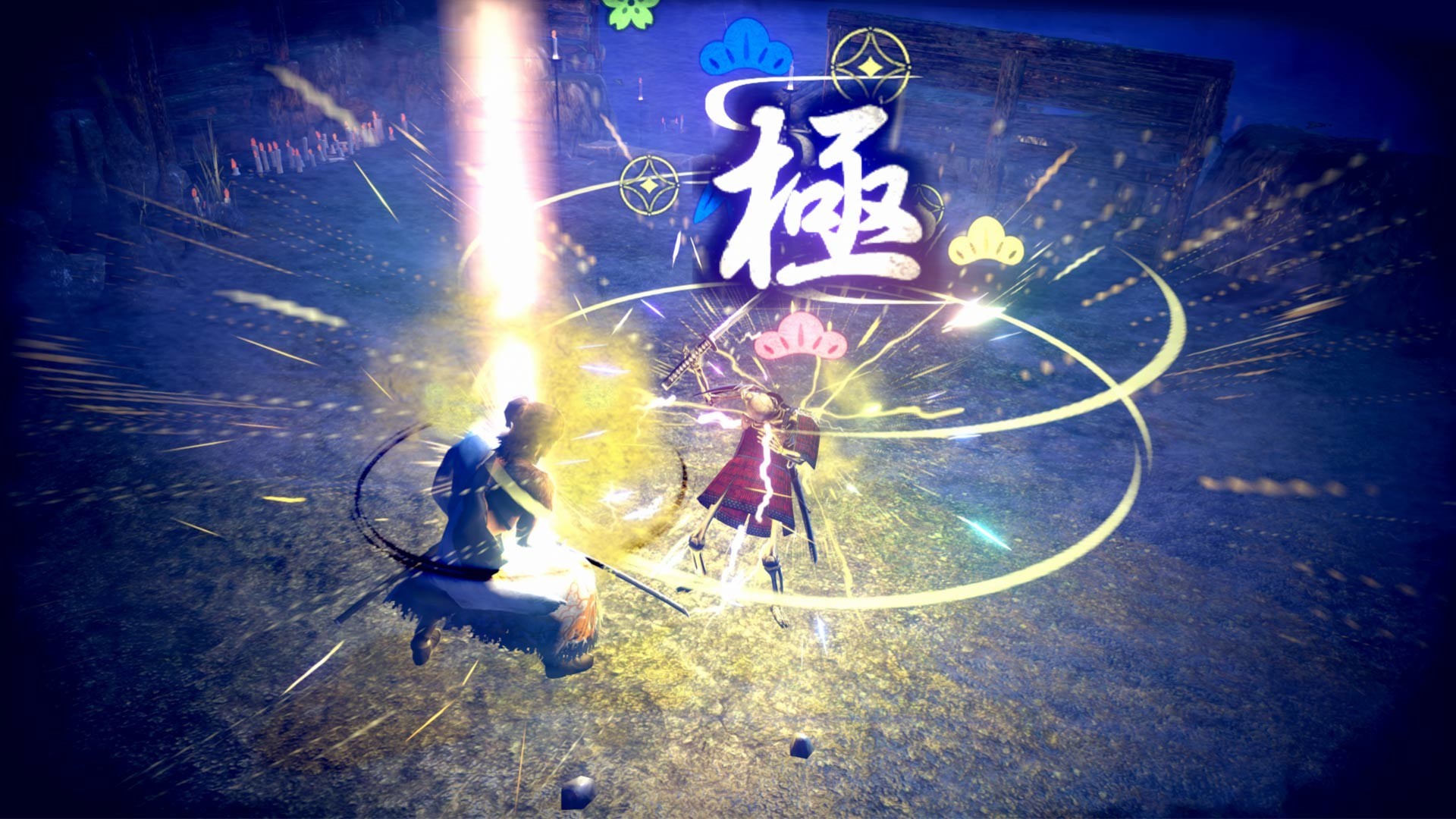 On paper, Spike Chunsoft’s, Diablo inspired take on the roguelike genre sounds like a total homerun. By taking the established dungeon crawling mechanics of a Diablo, combining them with an addictive roguelike structure and wrapping it all in previously established samurai lore, their Way of the Samurai spin-off had all the ingredients to deliver a genuine triple-A (ok, double-A) take on the genre. Instead, due to a handful of rough edges, it’s oddly obtuse control scheme, and above all else, some truly horrifying inventory management, Spike Chunsoft have endeavoured to deliver a largely enjoyable, but ultimately disappointing experience.

All that probably sounds pretty bad, but honestly, the majority of my negativity is based purely upon what this game could (and really should) have been. Nothing here is broken – most of the issues are relatively minor, and rather infuriatingly, appear to be somewhat easy fixes, and that’s what will invariably drive you up the wall when playing. Katana Kami: A Way of the Samurai Story – the great game it could have been is so tantalisingly within reach that the odd design choices and silly mistakes that mar the experience feel all the more exasperating.

The set-up itself is brilliant – the narrative (initially at least) appears to fall out of the sky, but it serves to introduce you to a handful of enjoyable characters (some of the voice work is legitimately bonkers), and if nothing else, gets you on your way nice and quick. The story opens up as you progress and the eclectic cast of characters grows exponentially as you begin to combine your night-time adventuring with your daytime blacksmith work. 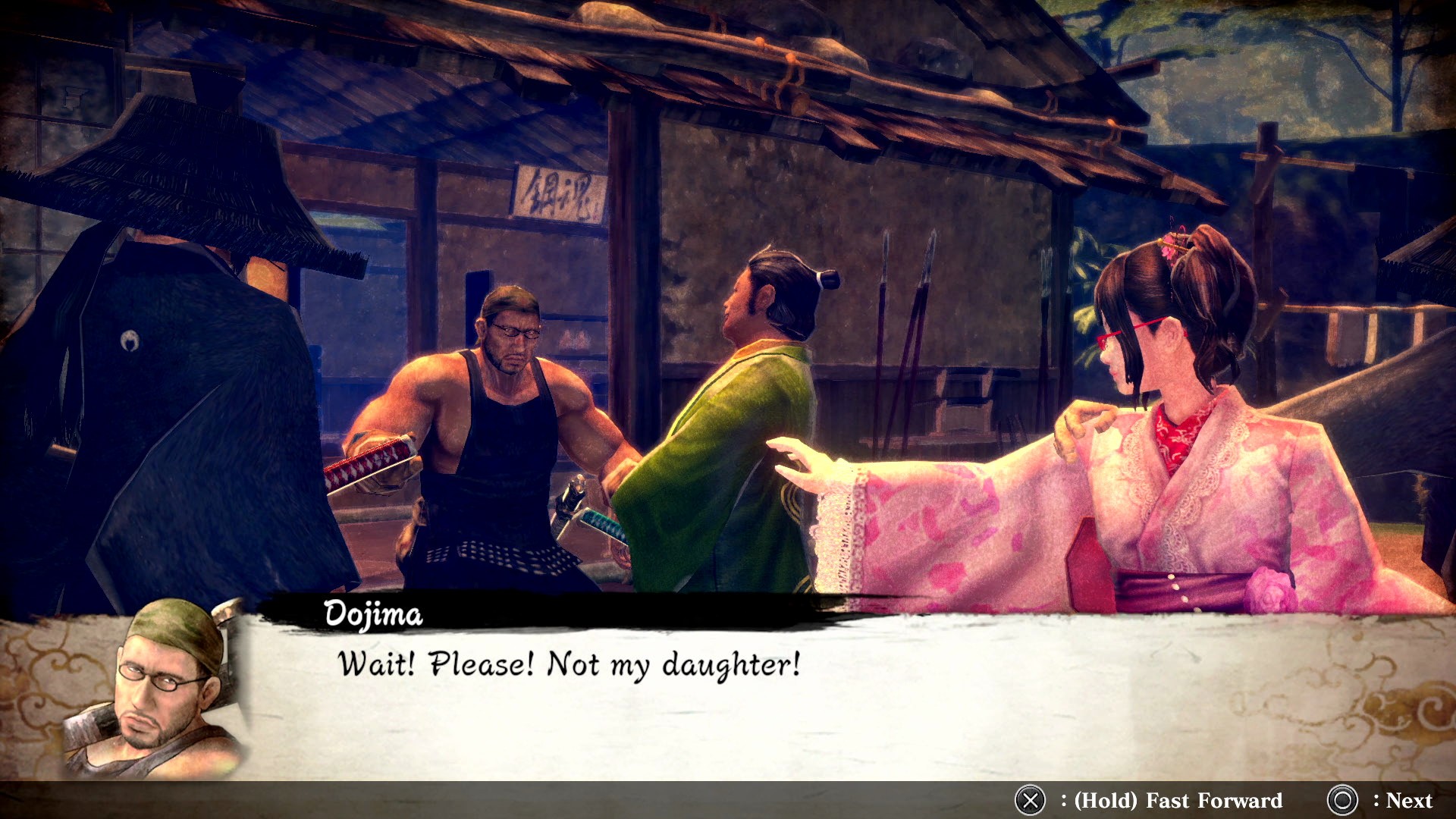 And honestly, that’s what really sets this game apart. As you attempt to earn the money to pay off the blacksmith’s debt so that he can get his daughter back (who you can then marry? – yeah, the story is pretty weird), you’ll soon realise that dungeon crawling alone isn’t going to cut it. So, besides venturing in to a magic tree to loot dungeons to upgrade your skills and pick up better weapons and equipment (like I said, weird), you’ll also need to use materials found in the dungeons to improve the blacksmith business and increase trade with the ever-expanding cast of locals. It’s a strangely compelling combination, one that makes the actual dungeon crawling even more addictive than usual.

Of course, as addictive as that element of the game might be, it does invariably mean that any loss of equipment/materials in the dungeon is all the more galling. Like all roguelikes, the addictive nature of the gameplay is offset by the fear of losing your stuff upon death. There is always the draw of pushing on deeper and deeper in to the dungeon, but honestly, if you beat a boss and get a chance to escape, you should take it – few games feel as brutal as Katana Kami when it comes to lost loot.

That’s part of the fun though I guess, and while difficult, this isn’t the most challenging roguelike on the market – it provides plenty of opportunity to bag your goods before things get out of hand. What is annoying however is that death often comes off the back of stupid mistakes rather than being taken down by a genuinely challenging enemy. It might not apply to everyone of course, but I for one found the control scheme maddeningly awkward. I’d struggle to tell you why exactly, but every action in the game feels more obdurate and convoluted than it should – add to that some occasionally inconsistent hit boxes, and you’ve got a game that, while mechanically sound, does have a tendency to fight against you. Once you get in the flow, the surprisingly deep combat feels rewarding and slick, but far too often, I found myself dragged from the experience as I accidentally sheathed my sword at the vital moment. 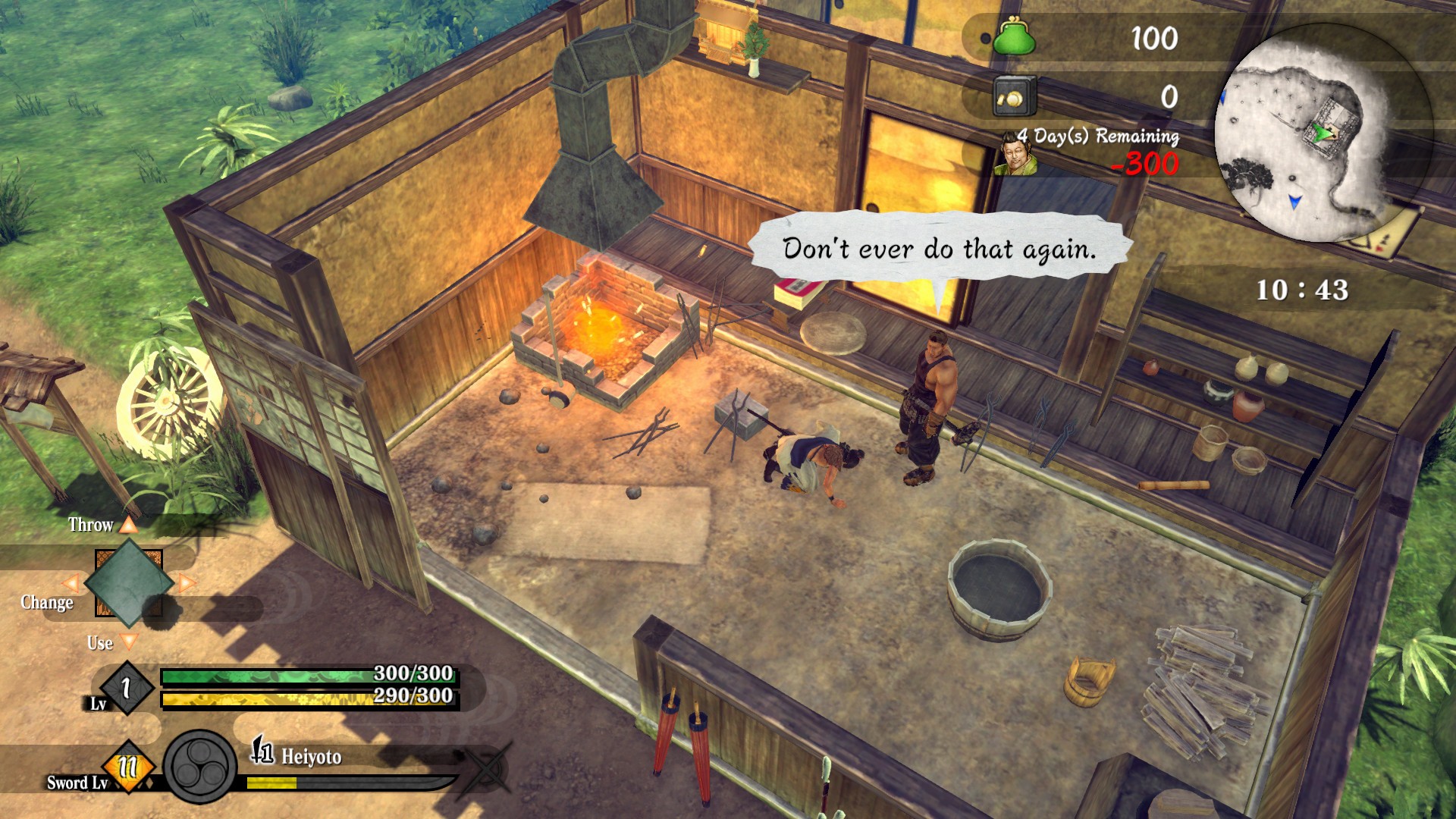 The same is true of the inventory management – everything you need to improve your stats, take care of your weapons and build up the blacksmith business is here, but by God, every time one button press would do, the developer instead insists on at least three. Like the combat, the system isn’t broken by any means, but why must it be so time consuming and uncooperative? Good item management is one of those things that are usually taken for granted (like good audio), but when it’s not right (as is the case here), it becomes a major issue.

Katana Kami: A Way of the Samurai Story benefits from a fantastically addictive gameplay loop, a brilliant game world and some genuinely rewarding combat. When it’s all working, Spike Chunsoft’s charming spin off really is a joy to play. It’s a shame then that due to a number of design issues and it’s oddly obtuse control scheme, it’s a game that is ultimately held back from greatness.

Katana Kami: A Way of the Samurai Story benefits from a fantastically addictive gameplay loop, a brilliant game world and some genuinely rewarding combat.