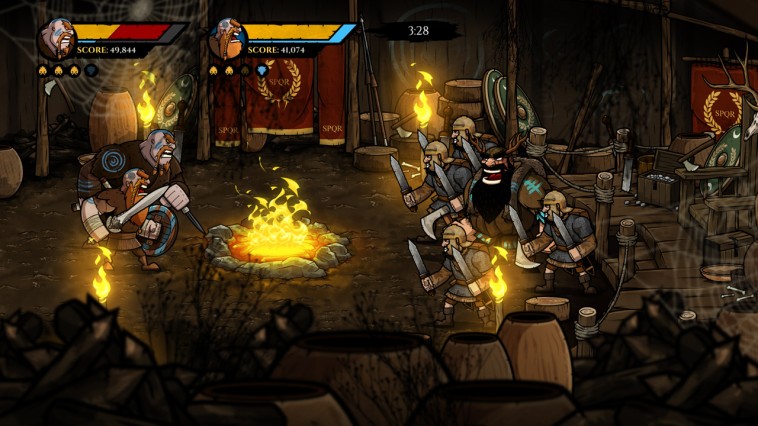 The beat-em-up genre is a classic that’s had many interpretations over the years. Starting out way back with titles like Double Dragon, River City Ransom and even Streets of Rage, there’s been something almost pure about the simplicity of “you need to fight everyone” as the game’s premise. And the fact that it’s been co-op since before the concept was really popular is even more impressive. But you gotta do more to attract attention and recognition nowadays. The obvious solution is to bring something awesome to the table, but that’s not as simple as putting fist to mouth and calling it a day. Thankfully, Fully Illustrated has exploded onto the scene with a great entry to the genre, Wulverblade.

Taking place during 120AD, Wulverblade tells the tale of the Roman empire moving into the Britannia area, and how the Northern tribes are less than enthusiastic about this manifest destiny approach. While the Romans had the technology of civilization on their side (along with thousands of troops), the leader of the North, Caradoc, has something far, far superior: absolute rage. He disavows the tribes who’ve knelt before the Romans and are now coming after his homeland to appease their Eastern masters. Teaming up with his kinsman, Caradoc leads a full on assault to protect his land and his own people, ready to decimate the traitors and the 5000 strong of the Ninth legion along the way.

The combat of Wulverblade is side scrolling, fully mapped and utterly relentless. From the very beginning, you have a brief “on-the-ground” tutorial that lets you know some of the important commands and attacks, but a lot of it you’ll learn and figure out yourself in the middle of combat. Besides Caradoc, who is a nice middle ground build, you also have Brennus, his powerful yet slow kinsman, and Guinevere, a weaker but infinitely faster warrior woman. Pick whomever suits you best, as their stories are essentially the same, and each can get far alone, but having two players will really give you the best experience. You end up being able to combo weak and strong attacks, aerials, blocks and dodges and, naturally, berserker rage. Rage is a meter that slowly fills and grants you temporary invulnerability as well as faster attacks (which, in Guinevere’s case, is just a blur of motion). It’s incredibly valuable, and should be used often, but at the right time: you don’t want to trigger berserker on the last enemy of a wave. 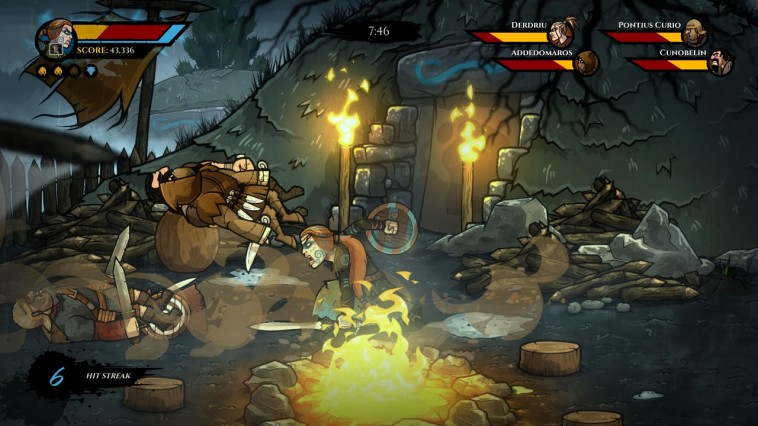 Additionally, to show you in the vein of being one with nature, you can summon wolves once a round to mostly deal with enemies. The wolves are perfect when you’re a bit overwhelmed by basic enemies, but they’re significantly less useful with the boss attacks, at least in my opinion. Still, being able to summon wolves can save your hide when timed right, so don’t forget the button combination at the wrong time.

Wulverblade isn’t shy about the blood and gore that made up the battles of Caledonia, but the developers haven’t gone overboard and focused on the viscera by any means. In fact, they’ve made the violence a clever and often humorous part of the melee. When you deal a killing blow to an enemy, they may drop weapons or goods (and sometimes health-recharging food), but they will also lose limbs: arms, hands and even heads. These can, no joke, be picked up and used as ranged weapons. While there isn’t a stumpy part of the body that can outperform a throwing knife or spear, it’s oddly satisfying to hurl the skull of someone’s comrade at them in the heat of battle: I feel, psychologically, this should deal more damage than it appears. But I did get an achievement the first time I did it, which showed me Wulverblade also has Nintendo Switch achievements. Truly awesome.

You will get hit in Wulverblade. A lot. This isn’t your NES era, enemies wait their turn brawler, this is real combat with a touch of hesitation on the part of the AI. Assassins and archers have no problem sniping you while you’re engaged with some grunt (though I think I saw arrows accidentally striking other bad guys, which I enjoyed). You will get swamped and hit by multiple dudes, and it sucks when a general decides to call on unseen archers to strike while you’re dealing with his henchmen and trying to get yourself situated. This is why the two player option is so great. You won’t automatically win just because you have two blades on the field instead of one, but it definitely makes balancing a lot easier if you’re not totally attuned to the game. Still, trial and error will also help a single player get into the rhythm of block, strike, dodge, throw, and you’d be surprised how well you can live simply by staying nimble (sorry, Brennus, you died fastest for me). 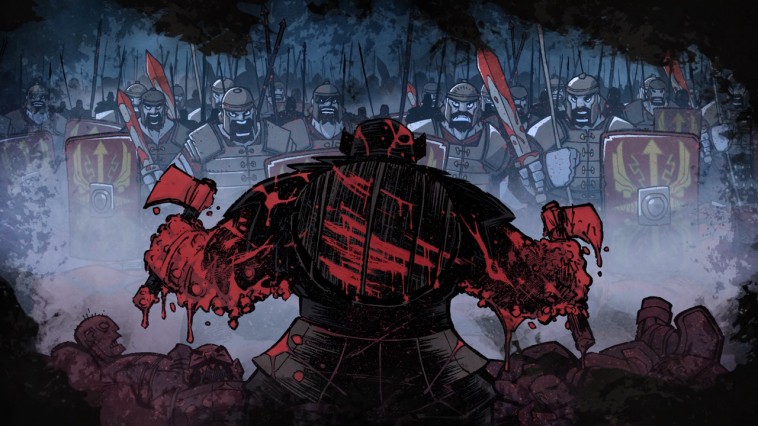 Narration at the beginning hints that there are many legends and tales amongst the Scottish people, some true and others less so, and Fully Illustrated has done a gangbusters job of filling in the gaps with real historic information and factoids. Similar to the treatment Never Alone gave to the Inuit people, Wulverblade has a fascinating amount of cinematics and photos of weaponry, lands and people who were intrical to the battles of the time and the foundation to what the game is based upon. Michael Heald, the head of Wulverblade, spent years researching in order to make this game as detailed and accurate in some aspects as possible, and it shows. If you’re anything like me, you’ll want to keep playing and re-playing if only to unlock more of the bits of information to learn even further about a culture and people that you may not ordinarily look deeply into.

Additionally, the audio for Wulverblade is amazingly superb. The soundtrack does its best to capture the tension and the passion of the battlefield, as well as paying homage to the music that comes out of the area. No, you’re not going to hear a constant stream of bagpipes, but you may hear some very melancholy pipe and drum, which really suits the mood even better. More than the music, however, is the voice acting. Holy Christ, is the voice acting good. Trevor Martin, who is Caradoc’s voice, does an amazing job, and, tragically, has passed only a short time before the launch of the game. But everyone from the narrator to the errant thug who calls for help do an important job of shaping the truly cinematic feeling of the game. You’re not just watching and playing Wulverblade, you’re witnessing it, and the emotion evoked by the actors are truly something to take in.

Wulverblade is going to make a fantastic mark on the Switch landscape, and I think it was a brilliant idea to launch on Nintendo’s golden goose before moving to a global marketplace of Steam and other consoles. With tight, strong combat combined with stunning visuals and a banging soundtrack, Wulverblade is an indie gemstone that shines brightly amongst the treasure trove of new titles this month. If you are looking for a captivating experience with a side of violence and sprinkled with historic intrigue, this is your game.