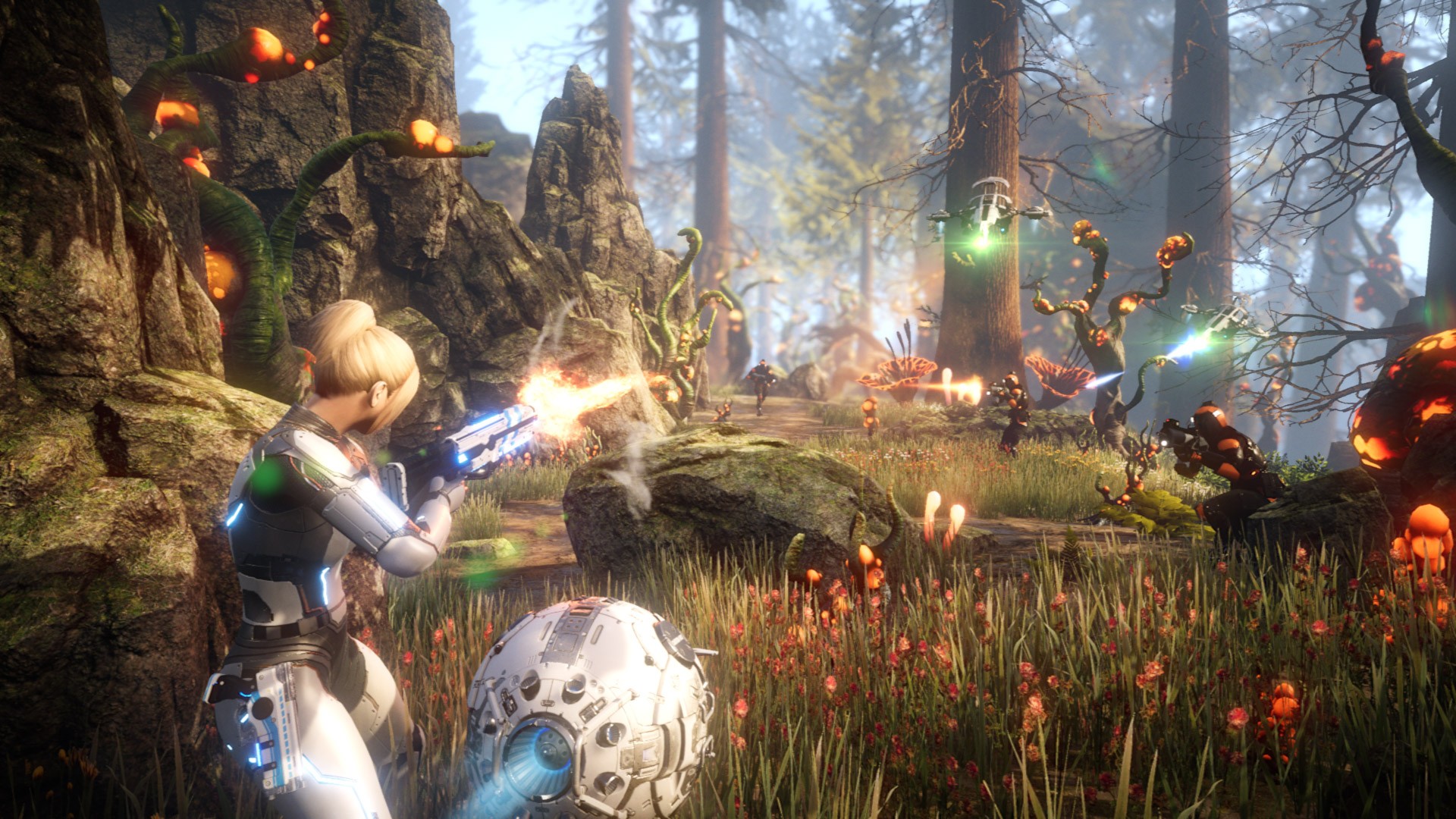 Ever since I was seven years old and first watched Star Wars Episode IV: A New Hope during its first premiere in the cinema, the genre of science fiction has held a deep fascination for me. Whether it’s through watching movies or playing video games, I’m always on the look out for my next jump through hyperspace to feed that hunger for space exploration and good, old-fashioned alien blasting with a laser gun or blaster; although admittedly, the lightsaber is far more elegant weapon. Anyway, the latest of such games to emerge from the black hole of development, comes in the form of Headup Games and Elder Games’  Everreach: Project Eden as it blasts a release onto the Xbox One.

The game takes place on a planet called Eden, where the Nova Corporation have colonised its landscapes and began to develop a number of structures in order to gain a foothold amongst its alien wildlife and towering artefacts. Through a series of outposts, the company’s main aim is to develop a luxury setting, an Eden in itself, until a distress call comes through and the project is halted from the threat of an unknown source. This is where you come in, as the main protagonist, Nora Harwood; the leader of a Nova security squad sent to investigate the distress call. As you approach the planet’s surface, the Nova defence systems turn on your ship and you crash land after being shot out of the air, separated from your team and lost within the fauna of an alien world.

You begin the game in quite an effective manner, as you have no bearings on where you are or where you need to go within its vast open-world setting. However, it doesn’t take long before you come across forms of civilisation; some of which are friendly and others which are not. As you gain a foothold on the planet, you embark on a series of quests that sees you uncover the truth behind the strange events you are sent to investigate. The game plays primarily as a third-person, action adventure and holds many similarities to the successful Mass Effect series of games; at least in some of its mechanics. Saying that though, it’s also a game that never manages to reach the lofty heights of greatness that Commander Shepherd and his/her crew ever gained; the reasons for which I shall get into now. 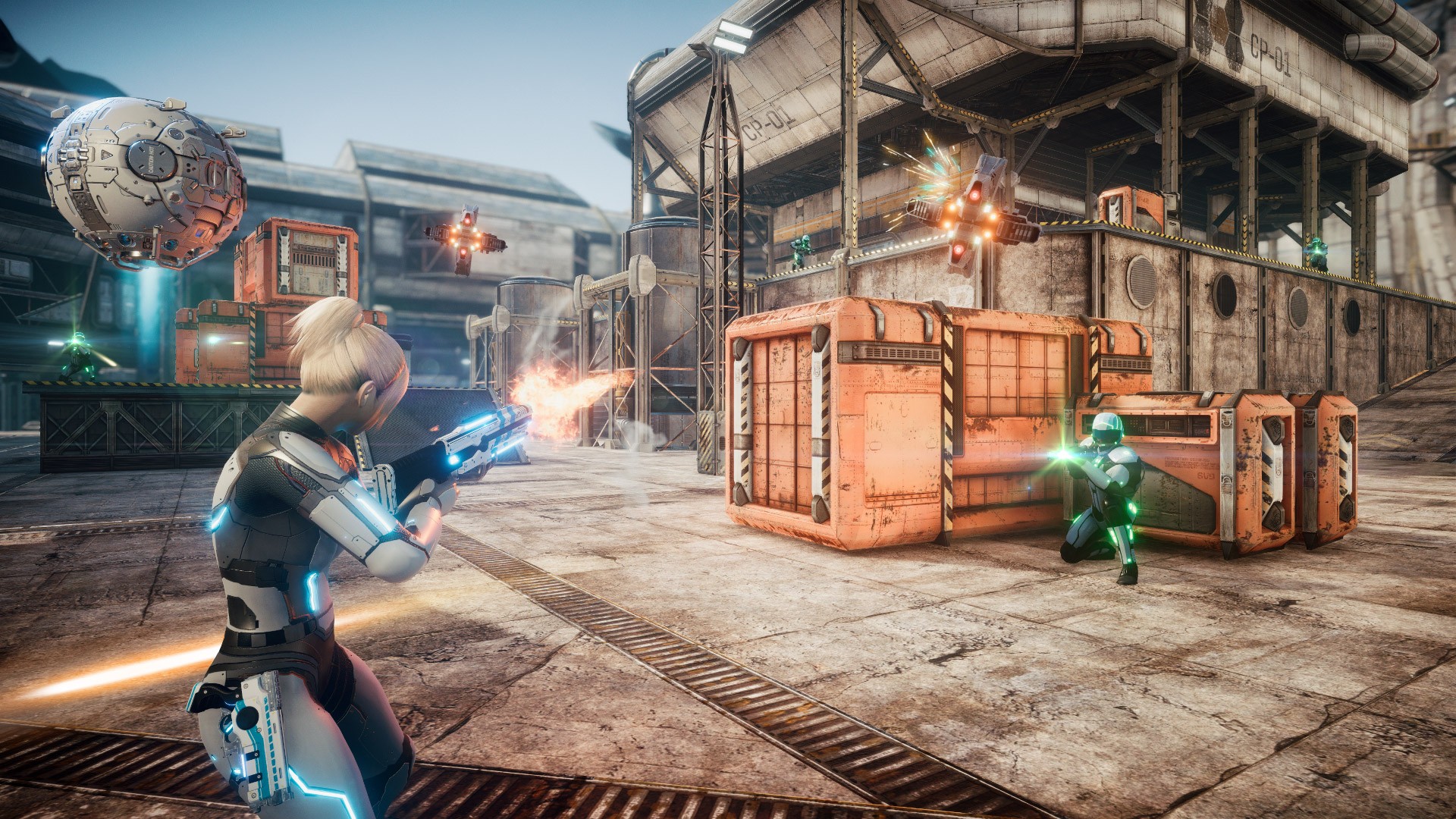 The main focus of the game centres on exploration and combat. From your security outpost, you are given a set of waypoints that lead you on a variety of quests from reconnaissance missions to item fetching. The game plays in an open-world setting, although the navigation of the game does send you on a path of semi-linearity towards each objective. Some of the missions can be traversed by foot, whilst others require the use of a hover-bike to reach your destination. As you would expect from an alien planet, especially one that sends out a distress call, there are plenty of enemies that stand in your way and using an over-the-shoulder technique, you dispatch your enemies by using a variety of weapons, from pistols to automatic rifles.

The game also contains some role-playing elements from upgrades that can be purchased for your character or weapons to downloading holographic maps from a projector. The landscape of Eden is also nicely done here, with some pretty impressive scenery; although the draw distance does blur out a lot and rocks and trees pop around randomly. There are lot of nice things to look at or tasks that are good, but these standout moments are always hampered by everything that is wrong. It tries ever so hard through a number of mechanics, but always ends up falling a bit short in what it is trying to achieve.

Despite its best intentions, its within all of these mechanics that the game shows a number weaknesses in its design, from getting stuck within the scenery to some poor animations and suspect voice-overs. I wouldn’t necessarily go as far as to say that there’s anything particularly game-breaking here, but if you imagine that Mass Effect was a Hollywood blockbuster, then Everreach: Project Eden feels distinctly B-movie territory. For instance, there’s no cover mechanic within the combat. You simply have to stand behind cover and side-step in and out of it to fight the enemies. It feels very much like a last-gen game in this respect; I’d even go as far as to say it’s very last-last gen. Gunplay feels weak too, with no punchy kickback or oomph to your weaponry and any upgrades to either your character or guns are too tiny to be advantageous. 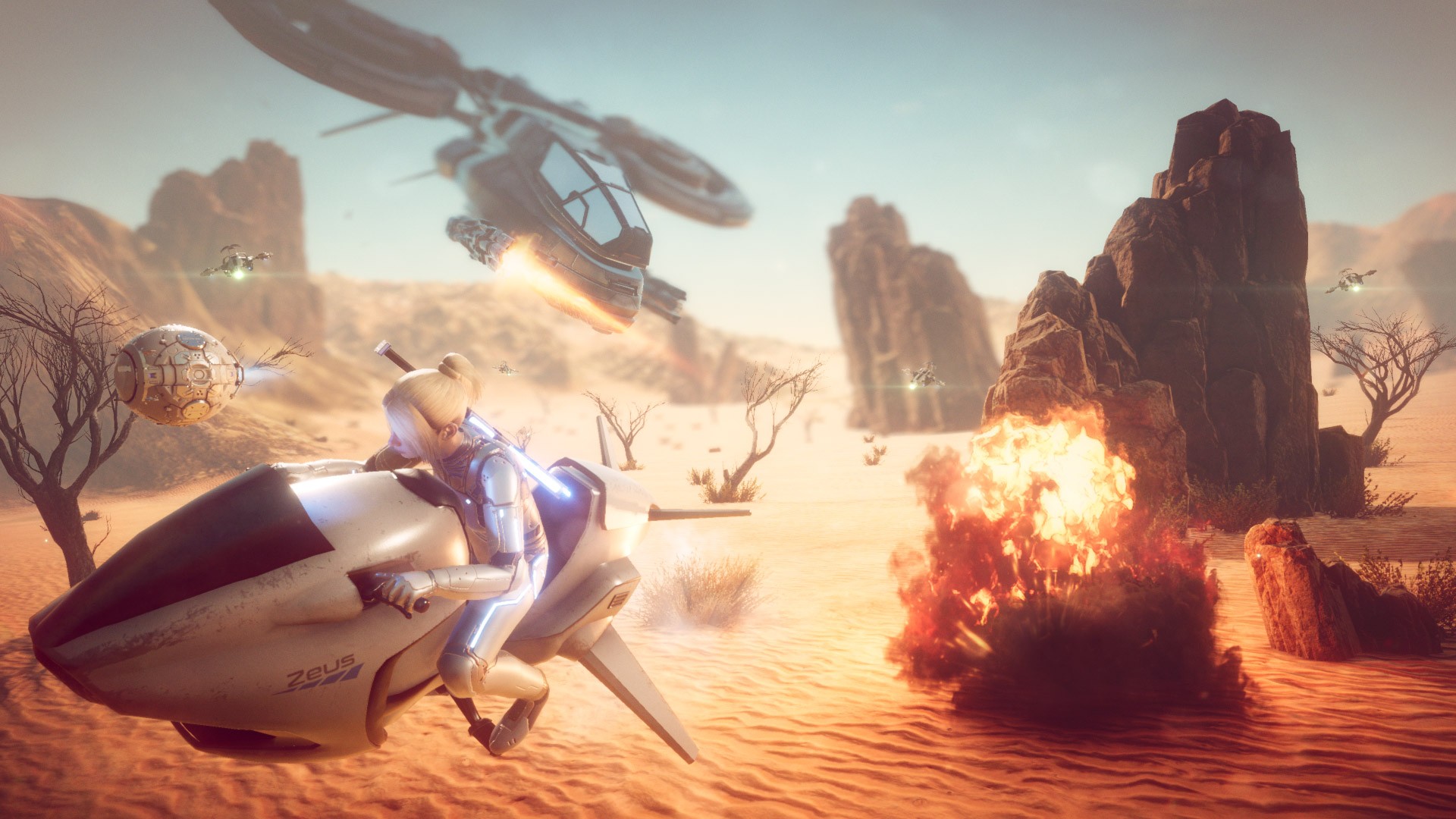 Unfortunately, this isn’t the only area where weaknesses are found. In fact, I’d pretty much say that everything that the game tries to do feels particularly weak. Traversing the landscape on your hover-bike is awkward at best, making even the Mako from the first Mass Effect a dream to control. Certain animations have a roughness around the edges; creating janky movements that are rarely smooth in their look or execution. The voice overs of all characters, including your own, is amateurish at best and never contains an air of urgency or seriousness, hampering its overall ability to provide an immersive setting.

Saying that though and despite all that is wrong with the game, it did become a guilty pleasure that I actually enjoyed playing. It’s probably down to my love and fascination with all things Sci-Fi, but this obviously won’t apply to everyone. However, what I would say is that if you enjoyed playing PS2 games and can see past the many imperfections that this game possesses, then it can provide a good distraction throughout its campaign. With luck, it will receive continued support and patch out many of its inconsistencies, but in all honesty, I do feel that it may be too little, too late. Is it a bad game? I’d say it’s not, but it’s definitely far from perfect. Is it playable though? Yes, absolutely, but only if you can forgive its shortcomings.

Overall, Everreach: Project Eden feels unfinished; despite its original release date being delayed and put back to where it is now. It falls short in everything that it does, from presentations to handling, combat and exploration, whatever it is you’re doing, you’ll easily come across some imperfection that just doesn’t sit right. It feels like you’re playing a PS2 game, which I suppose in this day and age is unacceptable, but at the same time, I do have to admit that I actually enjoyed my time with the game. It does present a challenge, but this is more down to mechanics rather than difficulty and although it’s hammy in places, its story and setting was largely interesting. This is going to be a game that you’ll either love or hate, it largely depends on how forgiving you are. The best way I can describe it is like the randomness of a blaster, after all, like I said before, the lightsaber is a far more elegant weapon.

Everreach: Project Eden can be fun sci-fi adventure, but too many unpolished components takes the shine off it.