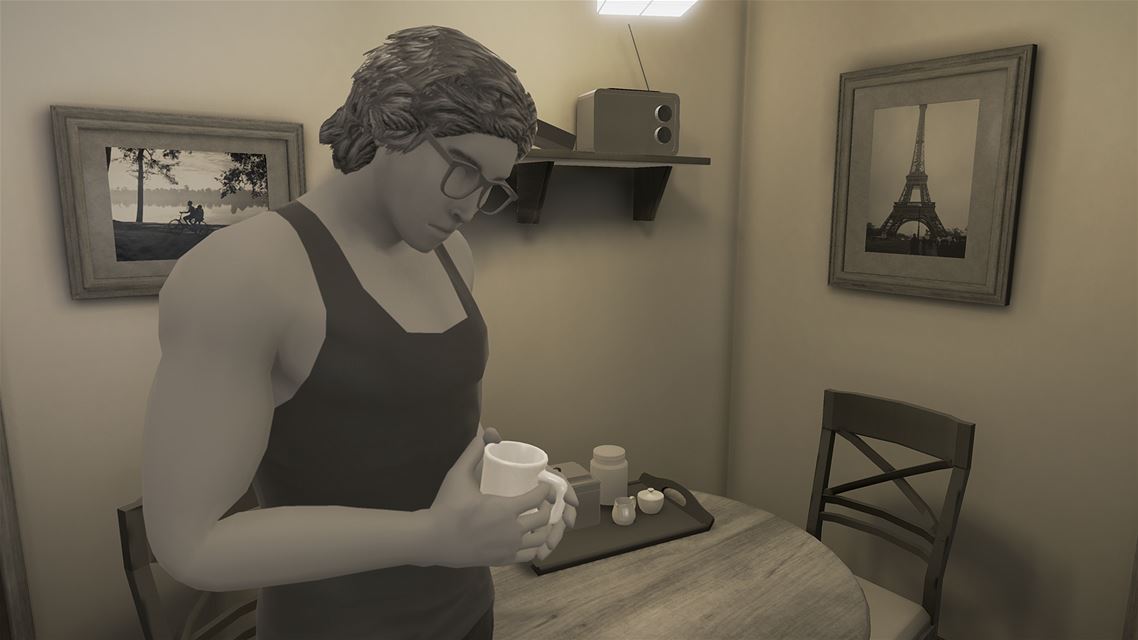 Video games that function more as interactive stories aren’t a recent phenomenon. ‘Choose your own adventure’ style games have been around for a long time, and in recent years there have been numerous examples of these, in particular from Telltale Games. Fragments of Him takes this concept even further as there are virtually no actual choices to be made and no actual way of effecting the story. But does this approach mean it’s closer to a film than a game, and more importantly is it worthy of your time?

For a title like Fragments of Him the storytelling is crucial, and it performs well in this regard. The plot revolves around the death of Will, a quiet and thoughtful young man. Aside from the opening scenes which are told from Will’s perspective, the focus then switches to three key individuals from his life – his ex-girlfriend, his grandmother and finally his boyfriend. There’s no huge dramatic scenes or conflict here, it’s a reflective piece that focuses on love and loss. That’s refreshingly different for a video game, as is having a gay main character. 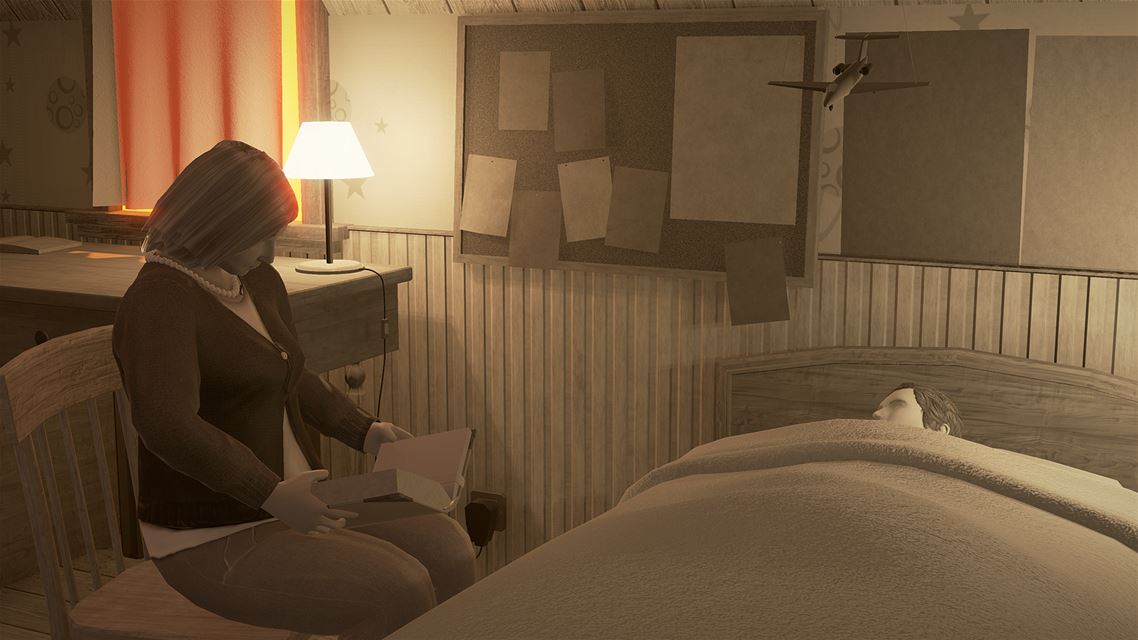 In the wrong hands the sensitive subject matter could easily become melodramatic or, at the opposite end of the spectrum, boring but that’s not the case here. Fragments of Him benefits from some very good writing with some heartfelt and understated performances from the four main voice actors. Early on I wasn’t particularly optimistic as it all seemed very earnest and a bit like the first performance from some English drama school students. But the writing and the performances drew me in, particularly that of the grandmother who really brings out the layers of her character.

However that brings me onto the main issue, while the story is good the ‘game’ only serves to get in the way. The basic gameplay essentially only involves clicking on the next relevant item in the scene to trigger the next section of dialogue. This actually just becomes a chore as you scan the environment looking for the blue glow that highlights the next interactive element. There’s no diverging from the set outline and you can’t change or effect any of what’s happening. Admittedly you can make some early decisions (lift or stairs, shower before or after breakfast) but these make no actual difference and the game soon becomes fully on-rails. 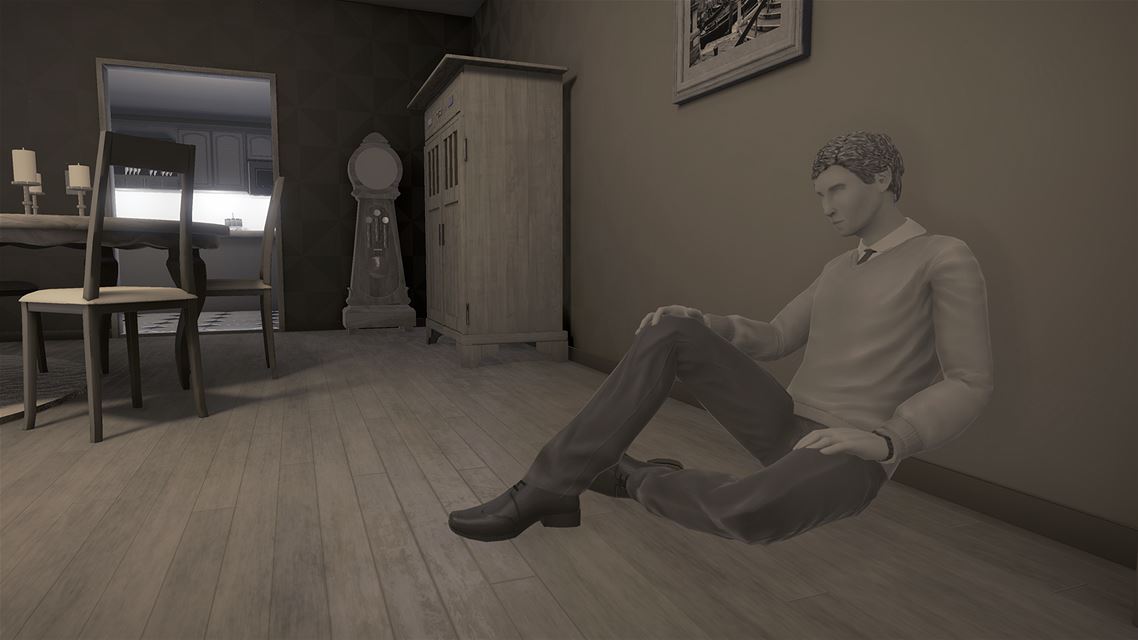 The monochrome visuals are fairly basic, which is generally a good thing as you can focus on the audio. However it can sometimes become frustrating when you’re looking for the next highlighted item and the blue glow is difficult to spot (the colour changes to yellow when centred, or red if you’re too far away). But otherwise there’s not a lot to look at, although the environments do help a bit in emphasising the settings. And while I was perfectly happy with the audio, anyone who needs to rely on subtitles might struggle as they’re very small and not especially distinct.

But the main problem here is that Fragments of Him would function much better without the gameplay at all and just rely on the storytelling and narration aspects. It just feels like it should be a short dramatic film, audio story or theatrical performance. The fact it’s only about two hours long only reinforces that impression. While it’s laudable that the developers are trying to bring this story and approach to a different audience I’m not sure it’s entirely successful. Although as a sidenote it might actually perform well within a group – it could be a rare example of a game that’s more enjoyable to watch than to play.