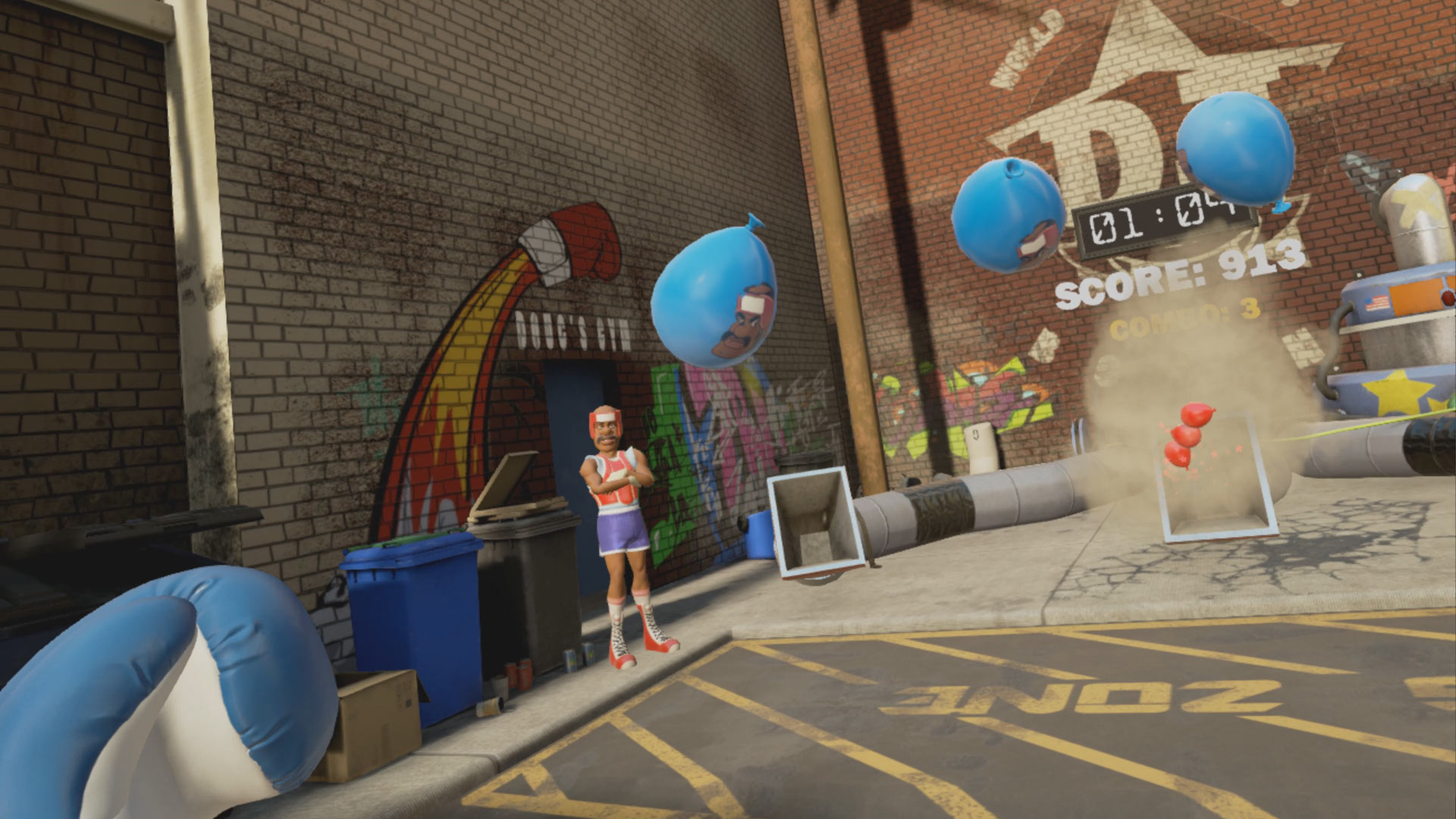 When you first put on Grab Games new VR title Knockout League you will (if you know or remember them) instantly be reminded of defunct developer Midway’s ‘Ready to Rumble boxing’ and Nintendo’s classic ‘Punch-Out’ series. Once on and through the usual VR calibration options along with the decision whether to track your calories you meet up with your coach. Here he teaches you the basic and the more advanced moves required to progress through the nine hugely different and challenging opponents.

Armed with the two move controllers surprisingly the most difficult of the moves to get right is the most Important, blocking. Raising your gloves to certain points switches them between two colours, pink and blue. Pink is to highlight you’re not correctly blocking with the blue obviously showing you have the perfect block, but the difficulty is the difference in the positioning of your controllers as it is minimal, really minimal and I mean millimetre minimal. And during your fights you are constantly trying to find that sweet spot (especially on the later harder fighters) which often leads you to taking your eye off your opponent and then ultimately receiving a right hook. 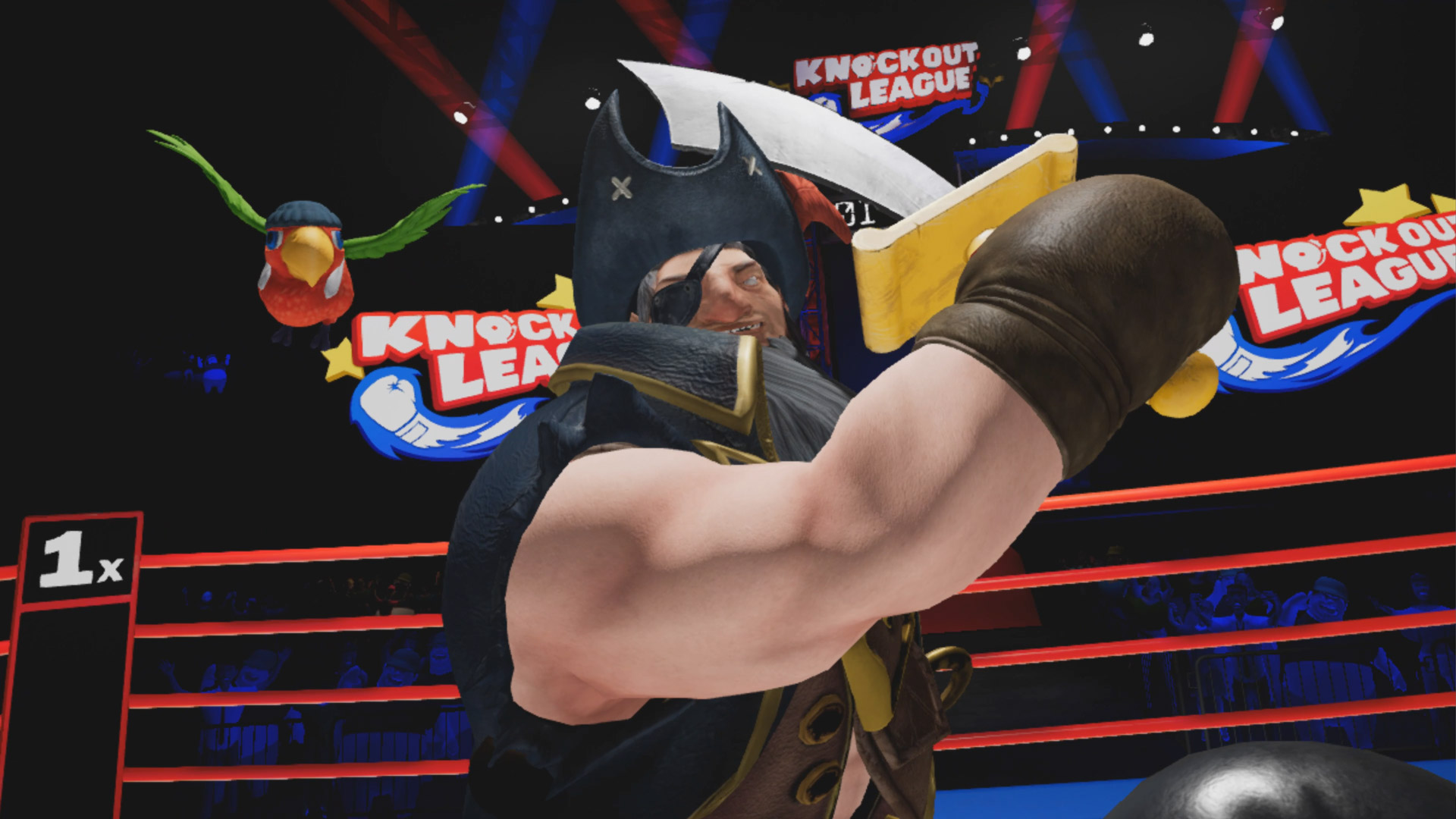 But I must say putting this temporary (after practice) issue aside, everything else is relatively easy to learn and the tracking is perfect so spending a little extra time mastering the block is both essential and worth it if you want to compete with the latter batch of fighters. Currently the nine opponents you face in the ring all vary in both look, challenge and difficulty. They are introduced to you via a comic strip style pre-story and all have their individual attack patterns that you will need to watch and learn as this is the only way you will beat them. They all have the standard boxing moves like jab, hook etc but each fighter has a special move that will end your fight early if you don’t react to it first.

And this is where the watching comes in as each one of the opponent’s special moves has a subtle tell just before they throw it and once you have read, learnt and reacted to their finishing move, they will no longer be a threat or challenge. The character animations are exceptionally well done but they are more your cartoon based characters so don’t any expect real life human opponents. The fights come in batches of three interrupted for more training and the fighters include among others Brazilian fighter Tri-Tip, Crimson Fang the Warrior princess and Scurvy Jones the pirate. All have detailed facial animations clearly showing the reactions to either their dominance of you or yours over them and watching a shocked face as you land a perfectly placed right hook after weaving away from one of their haymakers is fun and certainly fulfilling.

There are some little added extras if you fancy a break from the matches as back in the gym you have four mini games to keep you occupied, these are focus mitts, dodge drills, block drills and finally the speed bag. All are fun and range in the challenge they offer but even though they are designed to be little rest bites from the main game they all help a little in preparing you for what your opponents will bring to the ring. 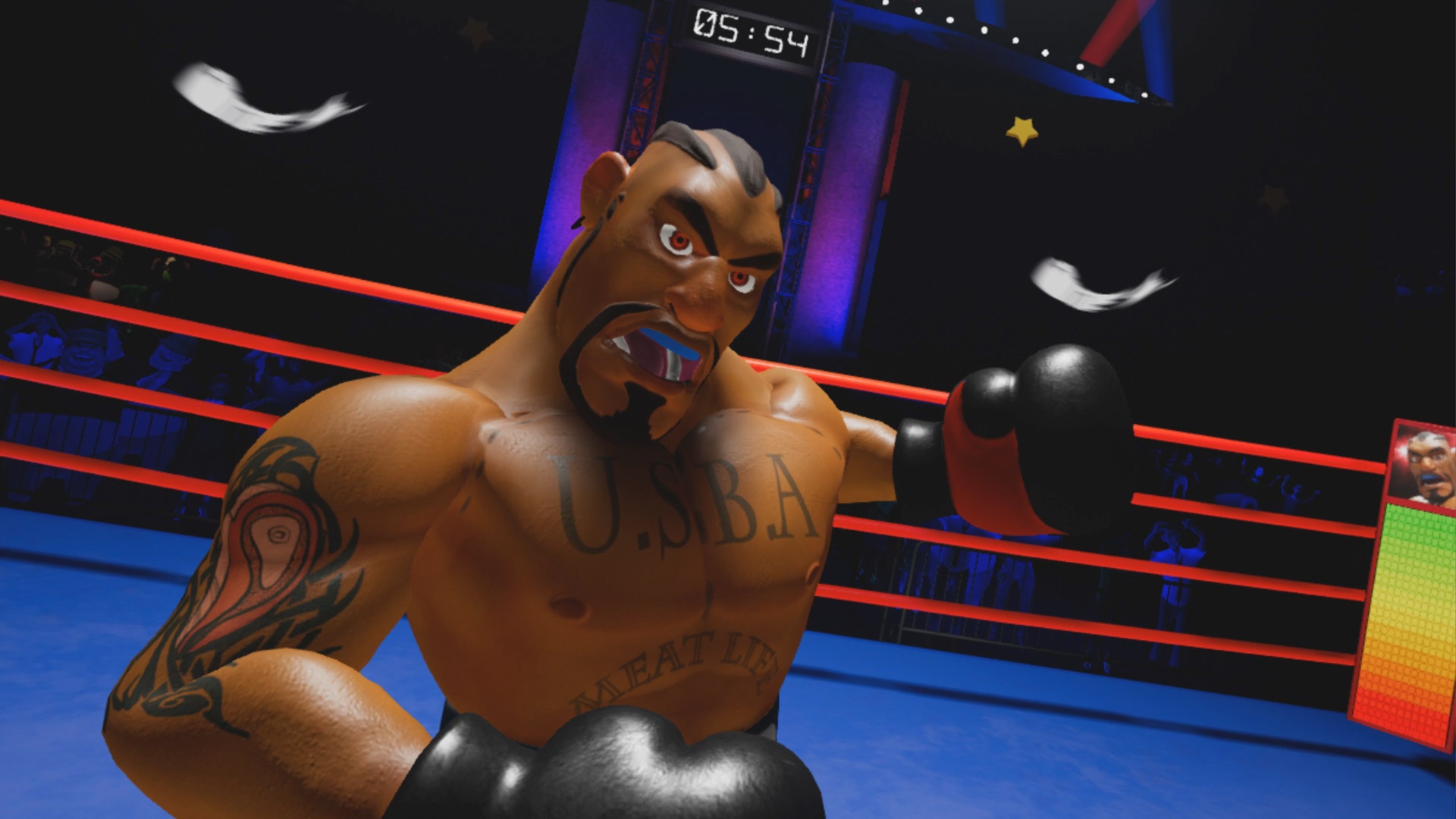 One thing I need to mention is the level of exhaustion you will reach if you play for too long. I never realised how strenuous bobbing and weaving can be on the legs and lower back, adding to that the power you put into your punches because of the immersion you get from the VR really tires your arms and shoulders.  I woke the next morning feeling like I had been in the ring with Mike Tyson minus the obvious concussion and now have a new-found respect for boxers and MMA fighters who do this for real. It hasn’t helped that my last review Sprint Vector also required some serious body participation.

Overall Knockout League isn’t anything new but a good rehashed idea from past generation consoles. With beautifully animated characters and faultless VR implementation it’s taken these fighting games from the 80’s and 90’s and gives it a new coating for the modern consoles. If I had to raise any faults with Knockout League then it would be with its quite steep learning curve and its limited opponents. But as I said previous once you’ve mastered the block move and the Tell moments of the fighters then they game opens and becomes truly fun. And hopefully if the game becomes a success on consoles we will discover developer Grab Games have held back a few extra characters for future DLC. Or imagine having cartoon versions of real life fighters to square up against becoming an option later in the games future. With the tracking and game basics at a solid level the developers could do so much more and I really hope they do.