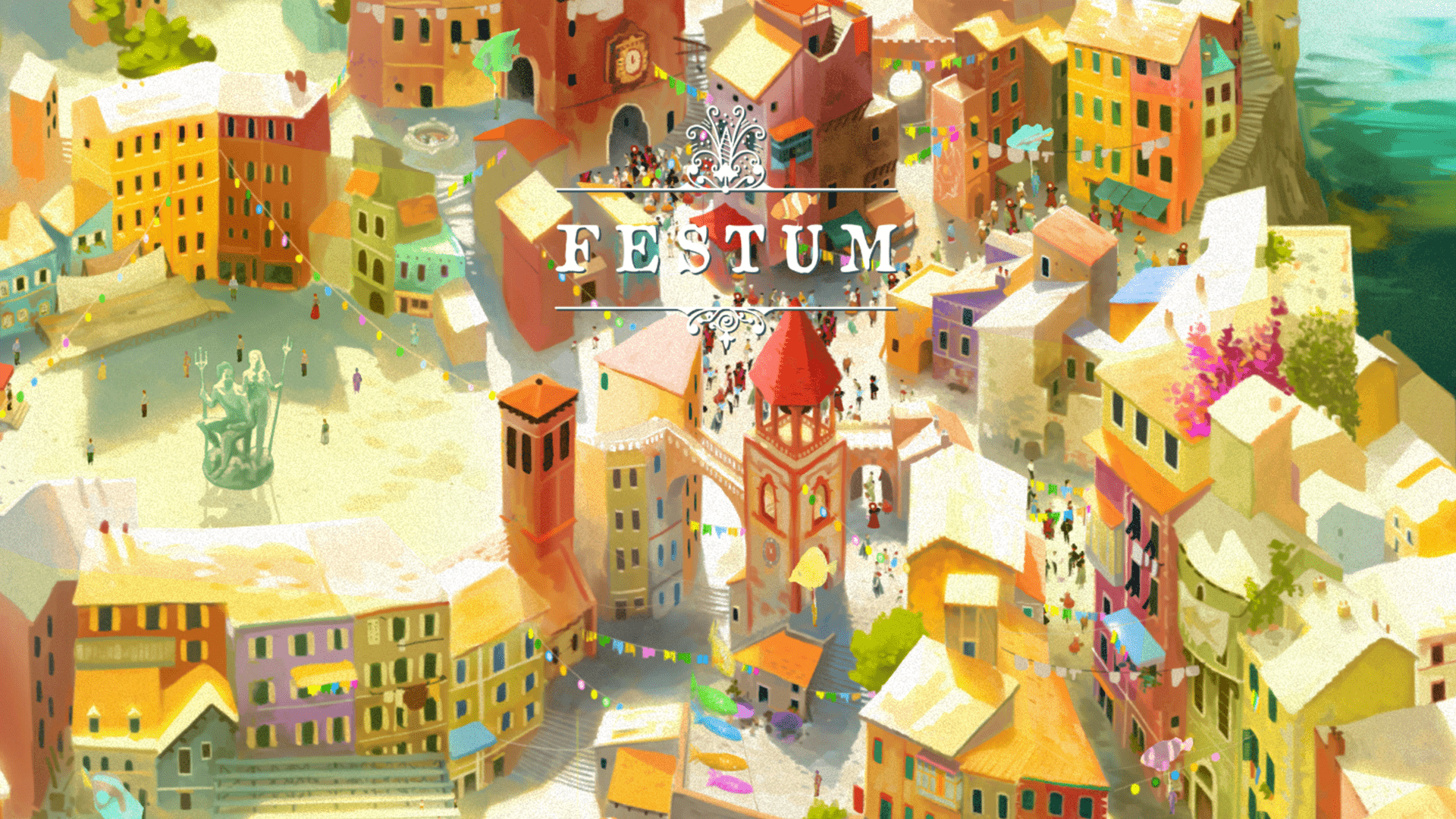 Ever a lover of narrative games, The Wanderer: Frankenstein’s Creature caught my eye almost immediately. As a fan of the novel that inspired its creation, Mary Shelley’s Frankenstein, I was eager to relive the story in this interactive adventure. Told through the perspective of Frankenstein’s Creature, the player must decide how they want to act. Good or evil. Innocence or instinct.

You play as Frankenstein’s creation, born into a world where he is unwanted and repels the surrounding humans with his appearance. Beginning with the mind of a child, as he has just been ‘born’, he is frightened and desperate to survive and stay hidden. Upon his journey, he learns and tries to assimilate at every given opportunity but is rejected. Everyone sees him as abhorrent, the monster of popular fiction. You decide, are you forgiving or are you willing to avenge yourself? You play as a lonely character, desperate for a companion. The writing never mocks him. The writing is intelligent and does not fall into the traps of the modern portrayal of ‘monsters’.

The Wanderer: Frankenstein’s Creature is an adventure puzzle game with a narrative focus. Developed by La Belle Games and ARTE Experience and also published by the latter, this game explores the myth of Frankenstein’s creation through gorgeous recreations of 19th century artwork – capturing the dark romanticism of the era of the original novel writing and the delicate, evolving mind of Dr Frankenstein’s creature. While the narrative direction is subtle, played through the changing landscape that the creature explores, it does well to stay faithful to the tone it was attempting to recreate whilst twisting the story in their own original direction. You decide as the plot progresses, choosing as the creature how you will progress and the actions you will take. These actions will affect the path you will take through the game and the ending you will uncover. This game is limited on actual gameplay, coming through as more of an interactive experience with a few short puzzles. 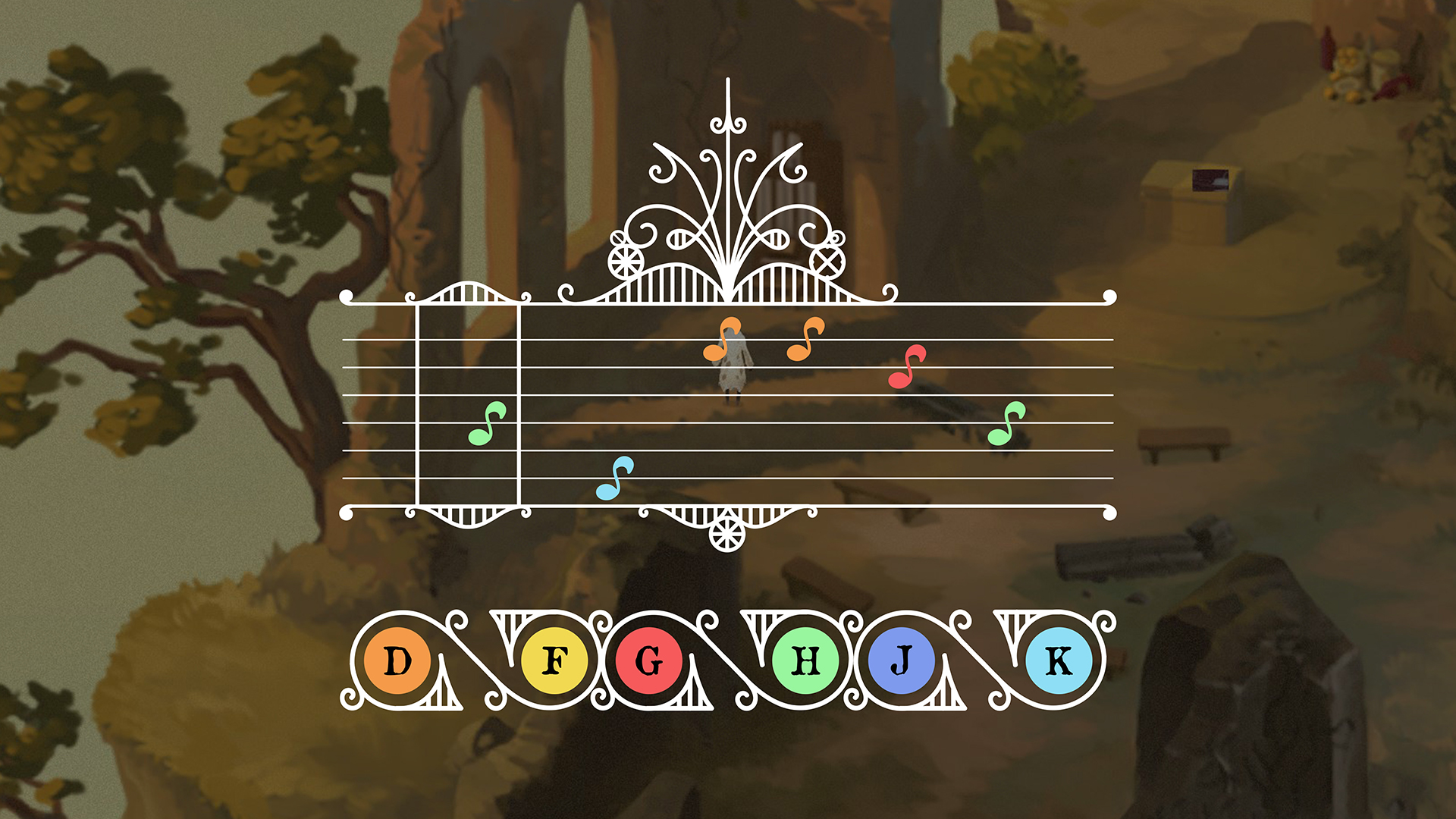 The Wanderer: Frankenstein’s Creature is truly made by its artwork and music, which do well to reflect the tone established by The Wanderer: Frankenstein’s Creature’s dark, mystical themes. There has been incredible detail placed into these stylistic, painting-backdrops to the creature’s tale. This artwork feels pulled from the pages of a period drama or a Romantic novel and capture the emotions felt by the creature by changing and expanding to reveal or obscure information, colour or sound. The original soundtrack of this game was pleasant enough, although, in certain sections including particularly longer parts of the game such as ‘Festum’, I found some musical tracks repetitive and lacking. This was enhanced by the spotty and inconsistent nature of sound effects in this game, which were often only in certain areas or faint enough to be inconsequential. The character design of the creature is fantastic. While he is larger than any other character in the game, his ‘monstrousness’ is played down compared to other adaptations/imaginings of Frankenstein’s creation. This gives the game weight behind really experiencing the story of an outcast through their own innocent eyes. As the plot progresses, the creature’s world fills with more and more colour before being stripped of it again and again. This use of design is highly skilful, emotive and is something I don’t see often in indie titles. There was one moment where a scene is joyful, colourful and accompanied by joyful music before being plunged into a monotone grey landscape – the music dulled and even unnerving. This moment had me transfixed and was a standout part of the game during my experience.

Something I found while playing The Wanderer: Frankenstein’s Creature on my Switch was that the game was difficult to play on Switch. Movement was controlled by the left joy-con stick, and I had significant difficulty at times traversing the maps of the game. This was especially so with the scenes in ‘Festum’ with narrow paths that the player must traverse. I found that throughout my playthrough, my character turned unexpectedly while I was moving. When I would come too close to a wall or a non-walkable area, the playable character would experience some kind of bug. I attempted to play this on multiple Switch consoles to test whether it resulted from joy-con drift, but alas this problem persisted. While this was irritating at moments, it made the game frustrating to control at others. Certain areas I had to start from the menu again, as this would temporarily fix the issue. However, certain maps of the game have some gameplay issues and this made the game less enjoyable as a whole. The game is relatively short but took me a longer time to complete due to the control difficulties. 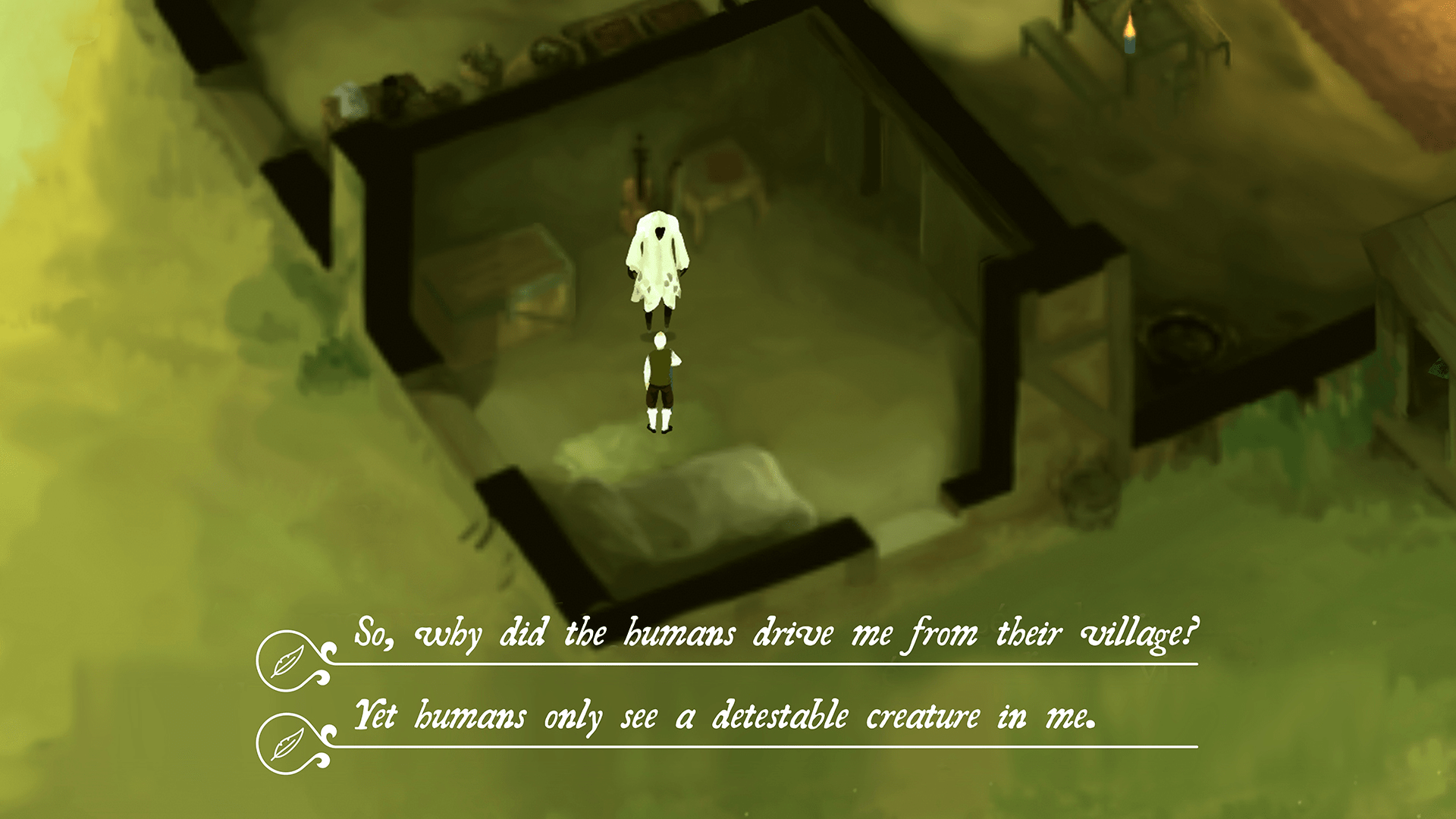 Narratively, The Wanderer: Frankenstein’s Creature really takes a chance by changing elements of narrative from a well-known classic. La Belle Games and ARTE Experience’s risk really paid off in this regard, as this reimagining of the story through the creature’s eyes was a beautiful story to tell. The agency given to the player makes the highs of this story higher and the lows truly heart-breaking. These story points were occasionally obscured by gameplay difficulties and UX errors as previously mentioned, but the overall narrative is strong and powerful – rivalling the original novel in craft and detail. Making decisions really helped diversify the experience, making each play through slightly different. These choices weren’t as frequent as I had expected, however, and more choice and agency would have improved this experience narratively.

The puzzles in this game were short and often required little to no involvement from the player. One of these was a fetch-quest which took me ten minutes to realise that was what was required of me in this map of the game. Some controls meant picking up and interacting with items or characters was difficult and sometimes required moving away from the object or character and then returning. While the story was impeccable, taking care to work with the emotional depth of the focus and preserve its integrity, the gameplay was limited and often I found myself eager to get to the next section as to have something real to do. I would love to see more gameplay in the form of DLC if the game was to be updated to fix graphical and user experience bugs.

The experience of The Wanderer: Frankenstein’s Creature was reminiscent of The First Tree and Submerged in its subtle storytelling and limited gameplay. But its gameplay, while similar to that of older RPG-Maker games, the errors in programming and design limit its ability to shine properly. With multiple pathways and different things to experience in each, it has some replay value. Hopefully, these errors are patched out quickly as it is an artistic dream, an experience I wouldn’t want people to pass over for a few bugs.

The Wanderer: Frankenstein’s Creature is an interactive reimagining of a classic novel. Not just a game but an experience, this title has found its niche.