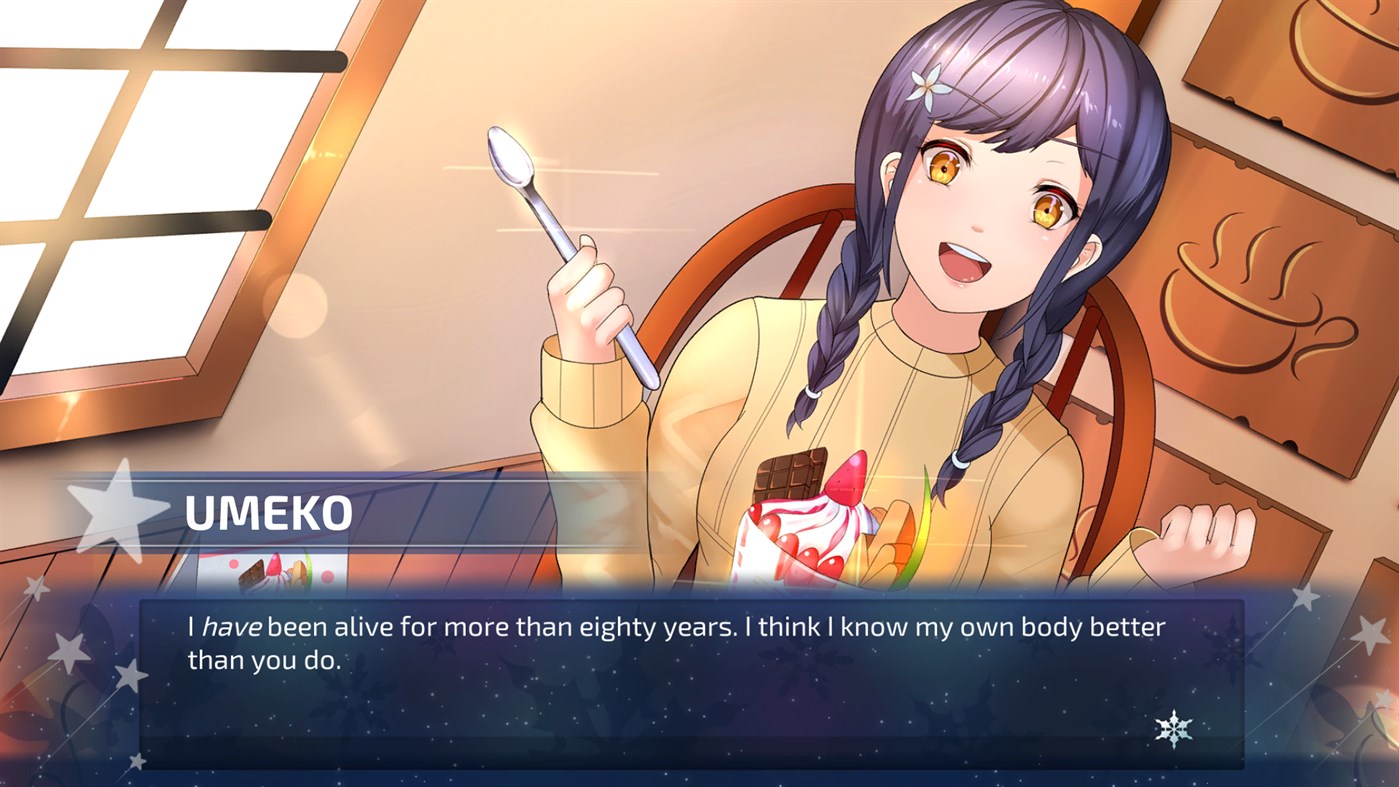 A Winters Daydream sounds like a pleasant title for a game doesn’t it. You start off as a young chap named as Yuu, who is a student returning from University from the capital city of Tokyo in Japan to spend his new year celebrations with his family. When he rocks up home he is constantly nudged on how terrible his relationship is with his sister and how he hasn’t bothered with his grandmother in donkeys years who lives far away in a distant village. It appears as if you were excited to be home after spending time at University, but you end up having a row with the family and before you know it, you realise why studying away from home was a good idea in the first place.

Yuu then spends some time visiting his grandmother, he feels insanely guilty for not knowing his grandfather better than he did, who recently passed away. This spurs him on to try his best with his grandmother and in turn try to patch up things with the entire family. Like in real life, Grandmother, who is named Umeko, tells tales of Yuu’s life as a youngster, all about his grandfather and how she met him, he is named Yukinari. You can already tell by probably reading here what artstyle the experience is and it is that of anime. 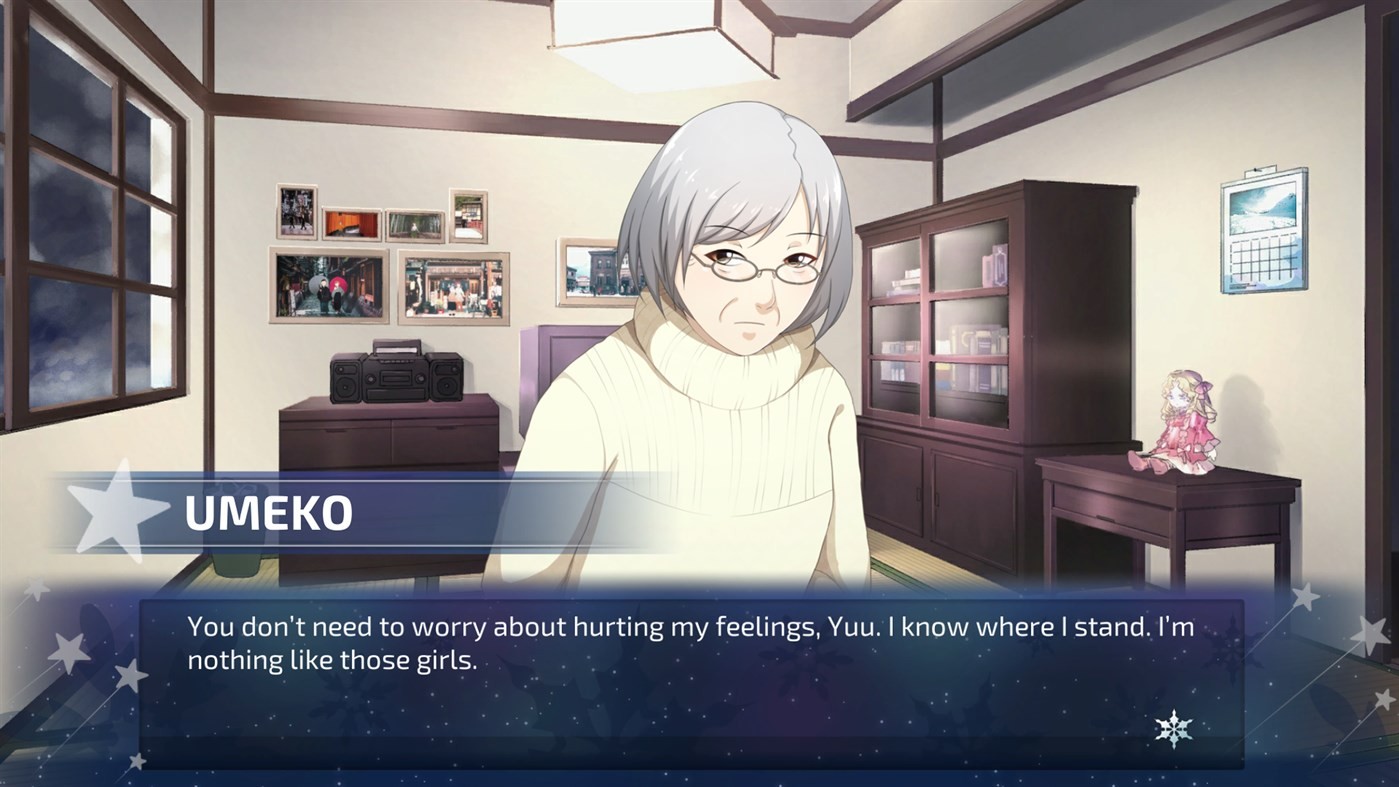 As Yuu and Grandmother’s moments blossom together, they make some wishes together as they spot a shooting star in the night sky. Yuu desperately wishes for a better relationship with his sister. Umeko then makes a wish which costumes the majority of the story from here on in.

Yuu then wakes up at his Grans house the next day and finds a young girl in the kitchen rustling up a fry up. You then realise quite quickly that Yuu’s Grandmother’s wish was granted, which was for her to return to her younger years. Yuu is pretty gobsmacked whilst Umeko makes the most of the opportunity and attempts to relive the youth and visit the place where she met her husband back in the day to see if she can recapture those memories once more. At this moment I did sit back and think what the actual hell is going on here and when do I get to play the game.

Well here is the thing, it’s not a game and there is no gameplay whatsoever apart from pressing the A button continuously to work through the text on screen. So if you are looking to purchase this game expecting to play something, then you may not want to bother. Developed by ebi-hime, it is described as a text-based story with music and backgrounds. A playable visual novel if you will. This has to be a first for me in the gaming world. There is some length to the story here though, a good 2 to 3 hours in fact, dependant on how quick you read and take it all in. It is also extremely easy to obtain all the gamerscore, so if you’re into achievement hunting then it is a must have in that respect. 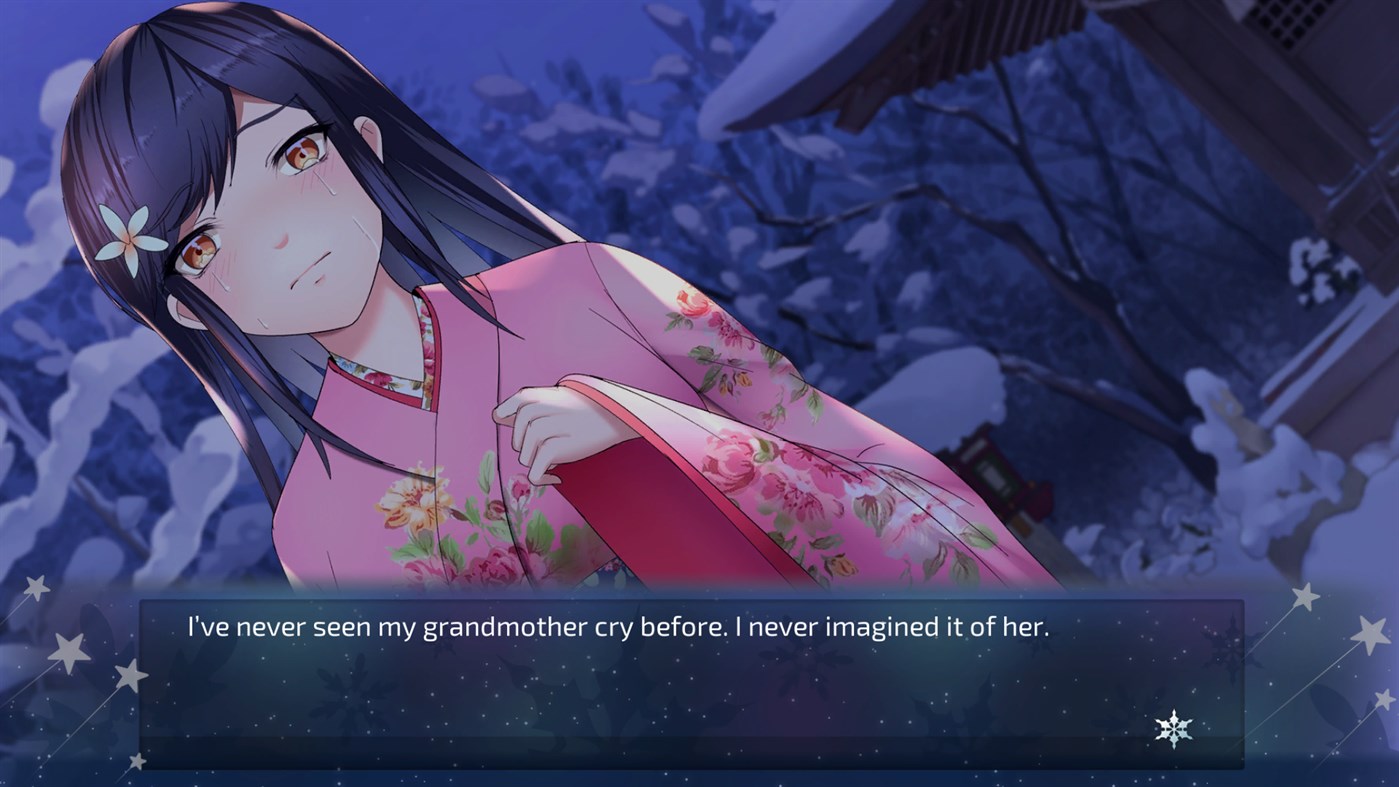 There are some important messages here though, it does display the importance of how short life can be and how family is important. Although, it is difficult to review a game that doesn’t actually have any gameplay whatsoever. It could have been improved if it had maybe given the user some choices to make or alternative endings or different points of discussion, but unfortunately this is non existent.

Sadly, once you’ve played through this once you’re pretty much done. The longevity is stubbed out immediately as you know the story and there is no reason to replay this. Whilst the story is strong and enticing to some extent this is a poor entry into the gaming world if you’re looking for something to actually play. If you’re after something very casual and don’t want to engage your brain too much, then its low price may draw you in.

There is no gameplay whatsoever in A Winter’s Daydream, whilst the story is fairly strong here, there is nothing to bring you back once the experience is done, which is extremely short lived.