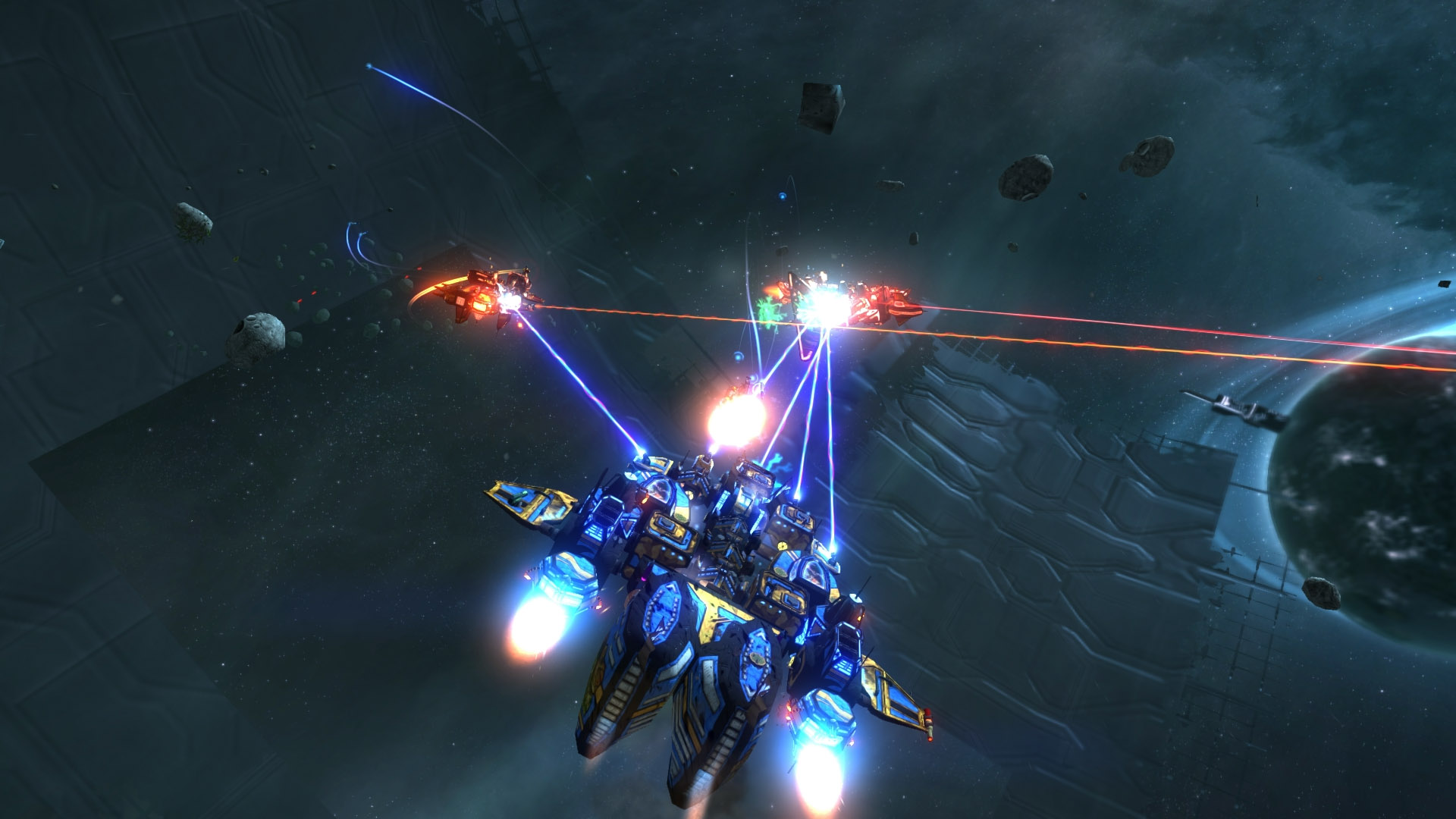 Space Pirates and Zombies 2 is a huge step forward when compared to its predecessor, mainly because it transitions from being a top-down 2D game to a fully 3D game. Still, although this is still a Space Pirates and Zombies game, and while it still retains many ideas and concepts from the first one, this is a very different game that changed a lot of things, some of which some people are bound to appreciate, while others would probably prefer the way things were in the first game.

In essence, Space Pirates and Zombies 2 is a space action sandbox game that features elements from various genres, thus making it somewhat difficult to categorize in a single genre. The game comes with 4 different difficulty modes (which you can change at any given time), along with a campaign and a sandbox mode. The campaign takes place a few years after the events of the first game and, in a way, it serves as a tutorial for the sandbox mode, which if you really enjoy the game, that’s where you’ll spend most of your time.

The story is told through conversations between your crew members, and, I must admit, the voice acting was actually a surprise for me, as it feels quite above the average and what you’re used to finding in indie games. It lives up to the game’s dialogue and humour, and the voice of the characters fits their portraits, which makes the whole narrative much more engaging and enjoyable. As for the actual writing, it is filled with numerous references and puns, which manage to keep things cheerful even during dire times. The instrumental soundtrack is fitting and nothing short of amazing, as it tends to match the pace of battles and helps in keeping you on the edge during the heat of battle. 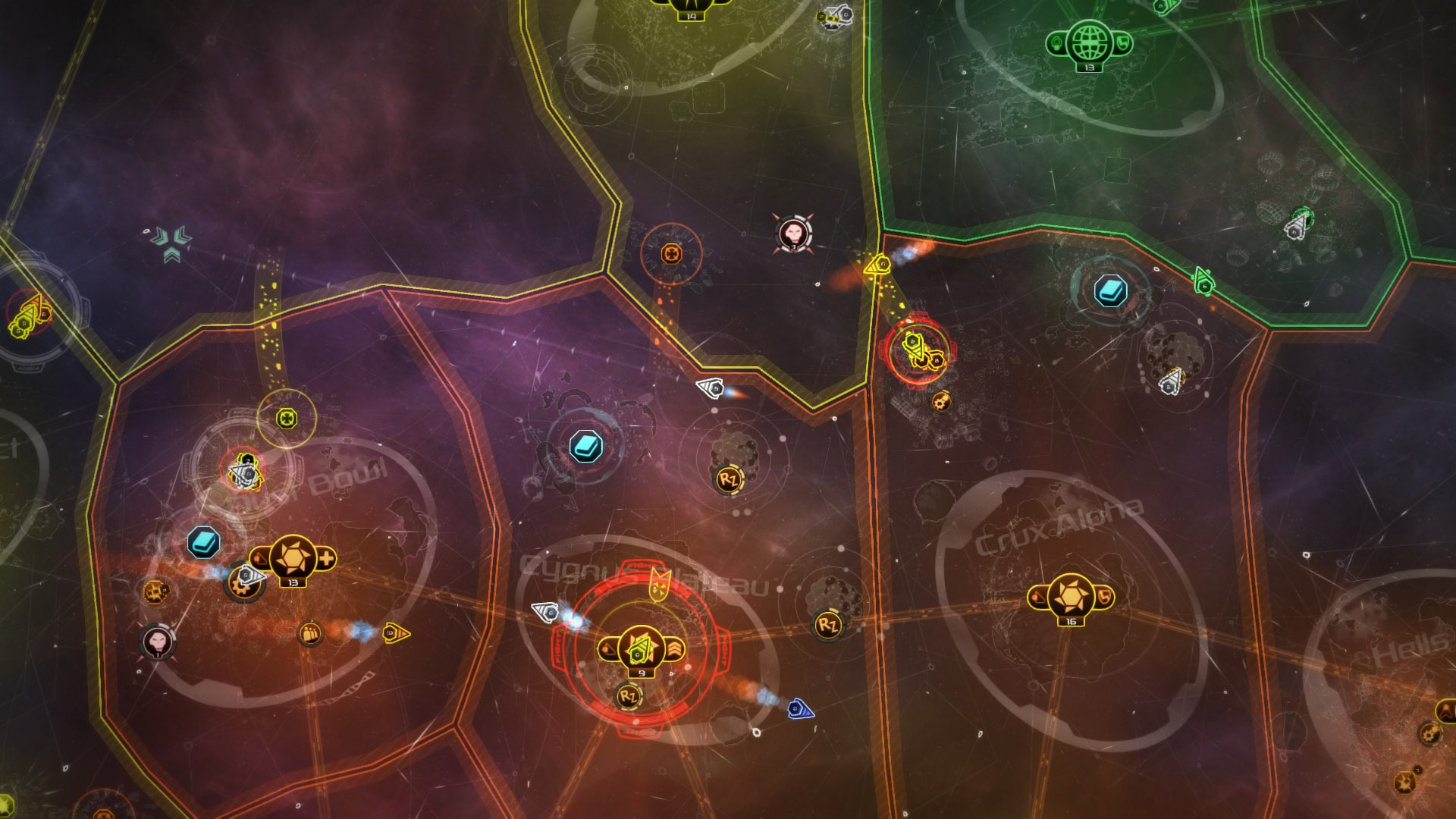 Now, as far as gameplay goes, the game mixes real-time combat that was designed to be played from a third person perspective, but it can also be played with a top-down camera, with some management elements and other things that you’ve probably seen in other space sandbox games. Most of your time will be spent in combat, but the game has a hefty amount of customization to it as well. You fly a mothership, one which you can customize to your liking by attaching and removing core and weapon modules, and these will, in turn, change the ship’s shields, speed, health, and maneuverability. Building your own ship really adds another set of dynamics to the game like, for instance, you can make one side of a ship all long-range weapons and the other anti-missile turrets, so that you can snipe enemies from one side, and when you’re getting attacked by missiles and small spacecraft you just turn your ship around and engage with the turrets.

A huge part of the game’s replayability comes from experimenting with the shipbuilding, as well as different sets of strike craft, which are smaller ships that are controlled by the AI and that accompany you during engagements, but you can easily control them with the press of a button if you want to. There’s a pretty decent amount of ship parts and weapons for you to choose from, from laser beams, gatling guns, flak turrets, torpedoes, missiles, amongst many others. The game also features a synergy system, which essentially grants bonuses to certain ship parts if they’re connected to other modules, which adds more complexity to shipbuilding.

Controlling the ships is as easy as it could be with a keyboard, and depending on how maneuverable your ship is it can feel like smooth to pilot one. On the other hand, the combat system relies on mouse aiming, which to me felt a bit clunky, mostly because the crosshair tends to move a lot more freely if you move up and down rather than left or right. Part of this has to do with the fact that the weapons you fire when aiming towards a specific direction will depend based on the weapons you have on that side of your ship, so I can kind of understand why combat is the way it is. With that said, you can also zoom in, through some sort of scope, and more easily take down targets, and I must say that taking enemies down this way feels a lot better, mainly because you can target specific ship parts. In any case, when you are way more advanced than a certain enemy, you can always set your weapons to automatically aim and engage enemy targets by using the battlewagon mode. 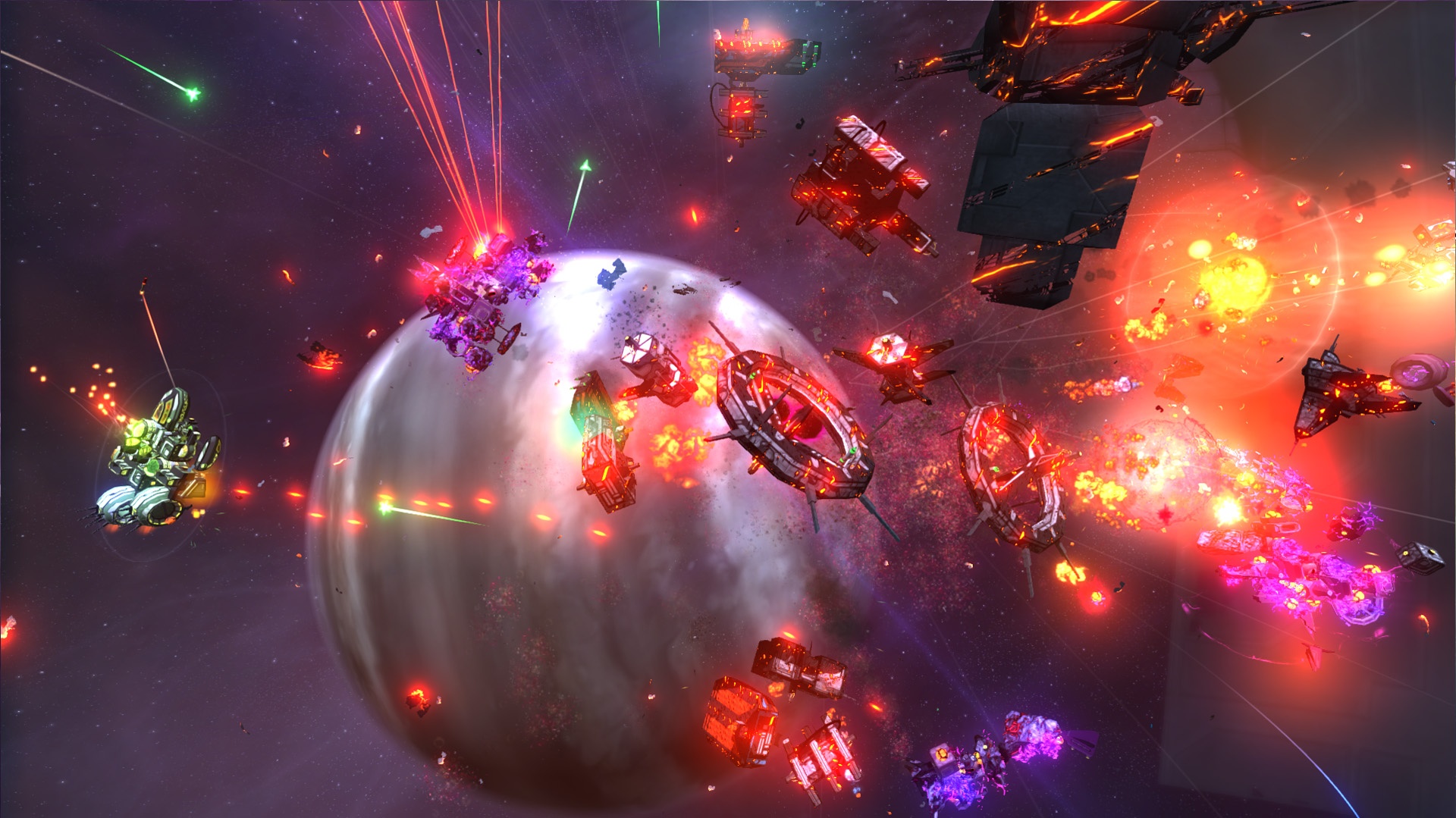 In regards to the management elements that the game introduces, it essentially boils down to the starmap, where time only passes when you move. Here you can see the entire galaxy and the territories that compose her, and do plenty of activities such as mining, harvesting resources at designated resource nodes, fight off bandits or other factions, collecting pieces of lore, as well as trading and competing in starbase arenas. As you do these things you’ll earn experience and level up, which will allow you to choose perks that increase your chances of survival, like increased armour, health, shields, hangar space for strike craft, and so on. After a certain moment, you’ll be building up your own starbases, recruiting captains to your faction, raiding neighbouring faction territories for resources, waging wars or forging alliances, all of which you’d expect from a game like this.

At its core, Space Pirates and Zombies 2 is a huge improvement over the original, but some changes make it seem like it’s a really different game than you’d expect. The most noticeable one is the strong emphasis on ship parts and their stats, which sometimes means that, if you lose an encounter, you probably just need to level up, make your ship stronger, and try a different combination of weapons or ship frame. Still, make no mistake, combat still involves a certain degree of skill, which is sure to please those that are looking for a challenge. While an enemy might have a stronger ship than you, you can still win the fight if you play your cards right, managing your ship’s pool of energy by carefully choosing when to fire specific weapons in order to deal the most amount of damage, as well as boost your shields, and making sudden turns so that you tilt your ship in order to use all weapons at the same time can be the difference between utter defeat and a just victory.

At the end of the day, Space Pirates and Zombies 2 is a worthy sequel to an amazing game. Even though it might not appeal to everyone, if you like how the game sounds, the chances of you liking it are quite high. Thanks to its addictive gameplay loop, albeit somewhat repetitive, the game is more than worth its full price, and it’s sure to grant you quite a few hours of high quality combat and space conquering.