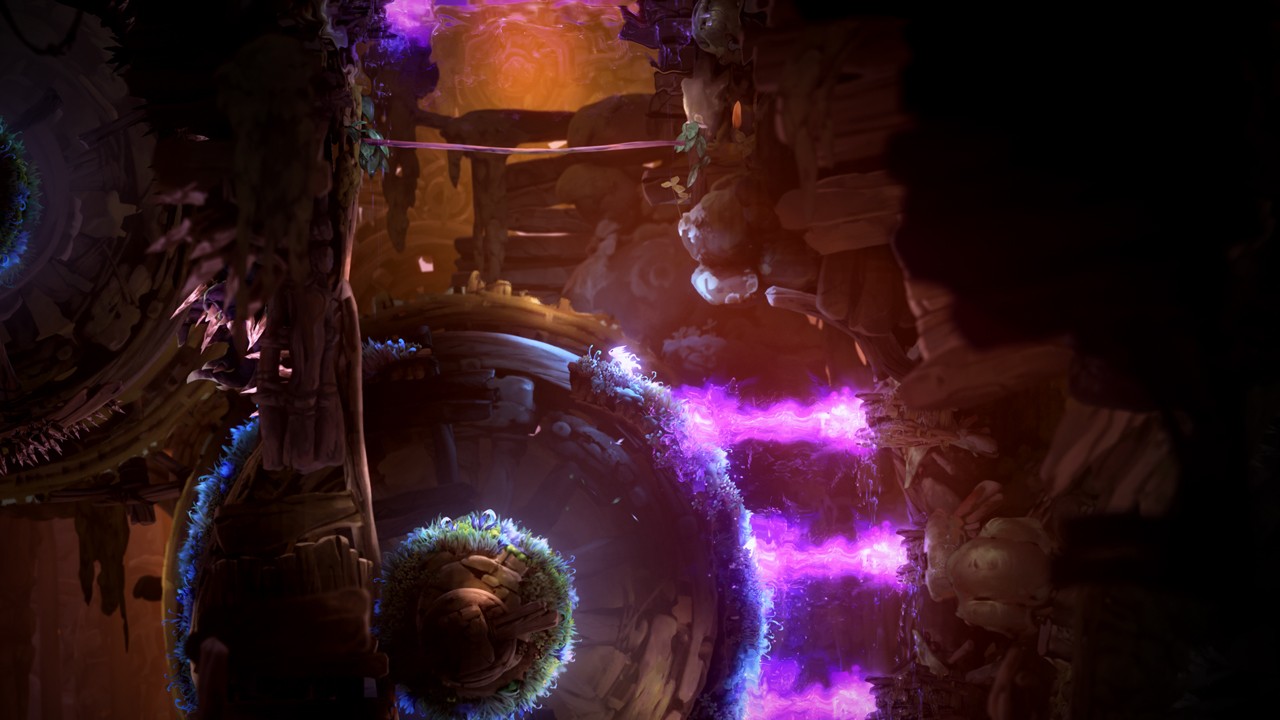 Ori and the Blind Forest was a fantastic title that I really, really enjoyed on the Switch, on my Xbox and on my PC. Unabashedly, I’ve played the game in three different locations, and the experience was always phenomenal. How the land of Ori and the tale of trying to bring back the light and protect nature was, easily, one of the most engaging, visually stimulating tales that I’ve played, and also a great way to do a metrovania. Traditionally, I like metrovanias, but I find them atmospherically limiting: they tend to be inside giant buildings or connected to massive factories that keep you stifled. Ori and his quest through nature were exquisite and had an exhilarating feeling to it. When I found out there was a sequel, I was excited and intrigued. When I realized it would also come to the Switch during one special Nintendo Direct, I was giddy. And when I realized that I could review Ori and the Will of the Wisps on my Switch Lite, I was ecstatic.

Ori and the Will of the Wisps takes place a very short time after Blind Forest, so don’t worry about feeling lost in the plot. Ori, along with Naru and Gumo, are able to witness the hatching of Kuro’s (that giant owl from the first game) last egg. Inside is an owlette that we name Ku, who is born with a slightly deformed wing. Although Ku grows to love the trio very much, she is clearly despondent about not being able to fly. Ori hatches a plan with Gumo to tie Kuro’s last feather to Ku and make a faux wing. Ku is thrilled, and, together with Ori, they fly off on their first adventure, promptly getting sucked into a storm and crash landing into a far, far distant land. Initially, Ori just wants to find Ku so that they can get home, but soon Ori learns of a much more urgent plot point. They are in Niwen, a land where owls came to die and where the unclean waters prevent the spirits from flourishing and growing. Ori is given a Wisp to guide him through the Silent Woods, and, hopefully, Ori will be able to set things right, to restore balance and to return the Moki (the inhabitants of Niwen) to a safe and prosperous land.

If you loved Blind Forest, Ori and the Will of the Wisps is more of the same but with some important distinction. To start with, you’re still in a metrovania world: Ori is going to find plenty of avenues and areas where he cannot go just yet, and you need to accept that you’ll be doing a lot of backtracking in order to find everything and see all there is to see. Ori will gradually get keystones in order to unlock the gates, and Ori will also be sent on quests occasionally by minor entities in order to get some additional love and help. Like before, Ori is going to need to be on his toes constantly, because this Woods is no better than the Blind Forest. There are toxic enemies everywhere, spikes and poison water are a thing from the beginning, and there is no mercy in terms of “oh, maybe this is your first game.” Screw you, welcome to Ori, you look delicious and everyone is about to tell you that with their teeth and claws. 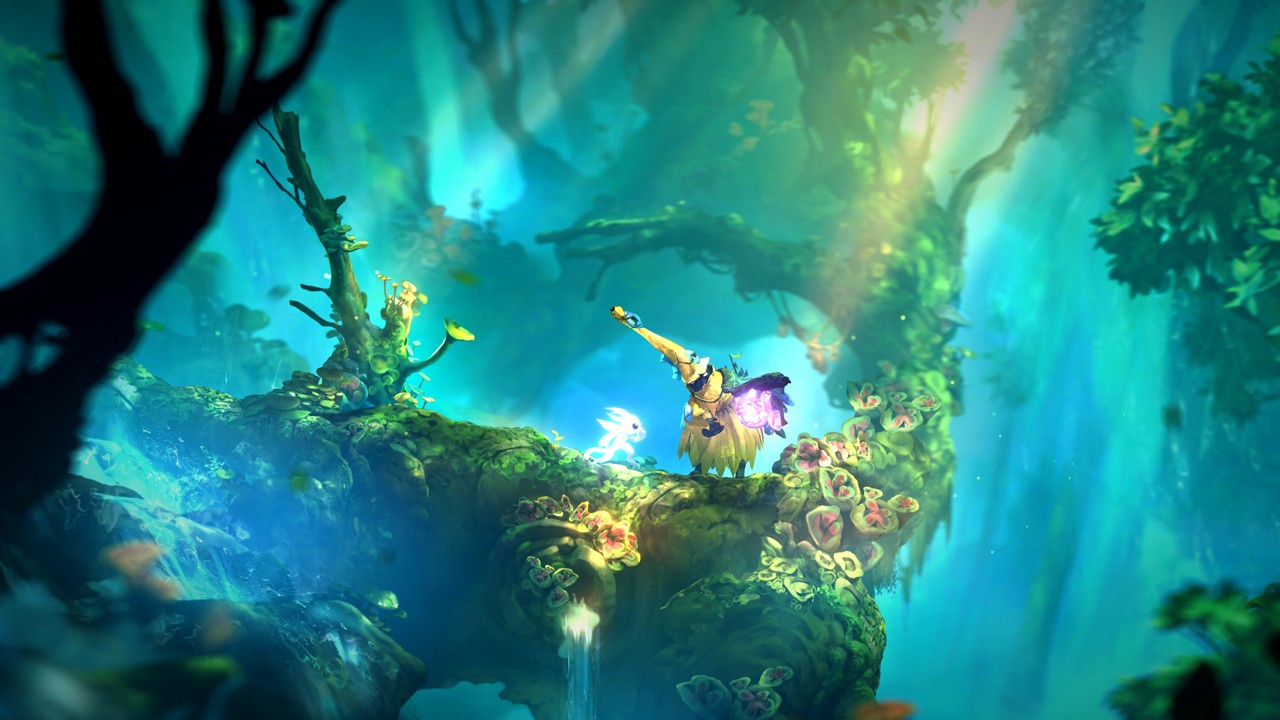 Performance-wise, Ori and the Will of the Wisps is a MASSIVE leap forward for Nintendo Switch users. Let me be clear: this isn’t like going from a broken down Chevrolet to a brand new BMW. Blind Forest was no janky game and was probably one of the best looking and handling ports until this point. This is like upgrading from a Zagato to a Superleggera. For a lot of people, a fast car is a fast car and we leave it at that. For folks who know what to look for in terms of specific details and more minor points, you can see the important improvements that are happening under the hood and beneath the chassis. Will of the Wisps is so incredible to behold, and it’s important for the lightning fast moments of needing to jump, strike, move and get the hell out of the way with so many monumental moments. There are elements and areas where Ori needs to be on point and get to certain platforms or grab onto certain ledges with zero room for error, and Moon Studios has delivered with zero room for error. To date, I have put in close to twelve hours on this game already and honestly have no complaints about how it performed in either docked or handheld mode. To have that much time and have that little issue is a feat unto itself, and we’re just getting started.

The other two big changes are the advancement system and the save points. Gone are the soul links that Ori needs to manually place and find in order to have saves and, instead, are replaced with an invisible auto-save mechanic that puts down markers all over the place as you move forward. Some people are going to say that this lowers the difficulty threshold, making it easier for players to move forward and thus waters down part of the Ori experience. I say that this thankfully removes a part of the previous game that created an unnatural difficulty hurdle. People shouldn’t be punished for venturing forward and experimenting with where they can go next, and the autosave allows you to track around without feeling like you’re wasting time. With Blind Forest, it was a pain in the ass to decide to drop a soul link somewhere only to realize it was too far out of the way for where you needed to go next, and now you need to survive long enough to get a new soul link and not be stuck somewhere else entirely. Now, players can venture forward bravely, see if they can go somewhere and not be hampered if it’s not time. Frigging kudos, love it.

Also, the shard system. Before, Ori just gradually got more powerful as you added onto an ever expanding wheel of talents and abilities that make him the most OP little dude you ever saw. The new system, where you can buy and find ability shards, is very cool and very much a useful step forward. You can swap in and out important talents as you find them, like the ability to climb up walls, and not feel like its something you need to grind to achieve. Additionally, some skills (like double jumping) are permanently unlocked, so it’s not like basic tenets of gaming are held behind an ivory wall of one or the other.” Instead, Ori and the Will of the Wisps has this motif of selective advancement and being able to discern what you need and when. Oh, that shard that I used way back there! Now I can apply it here. 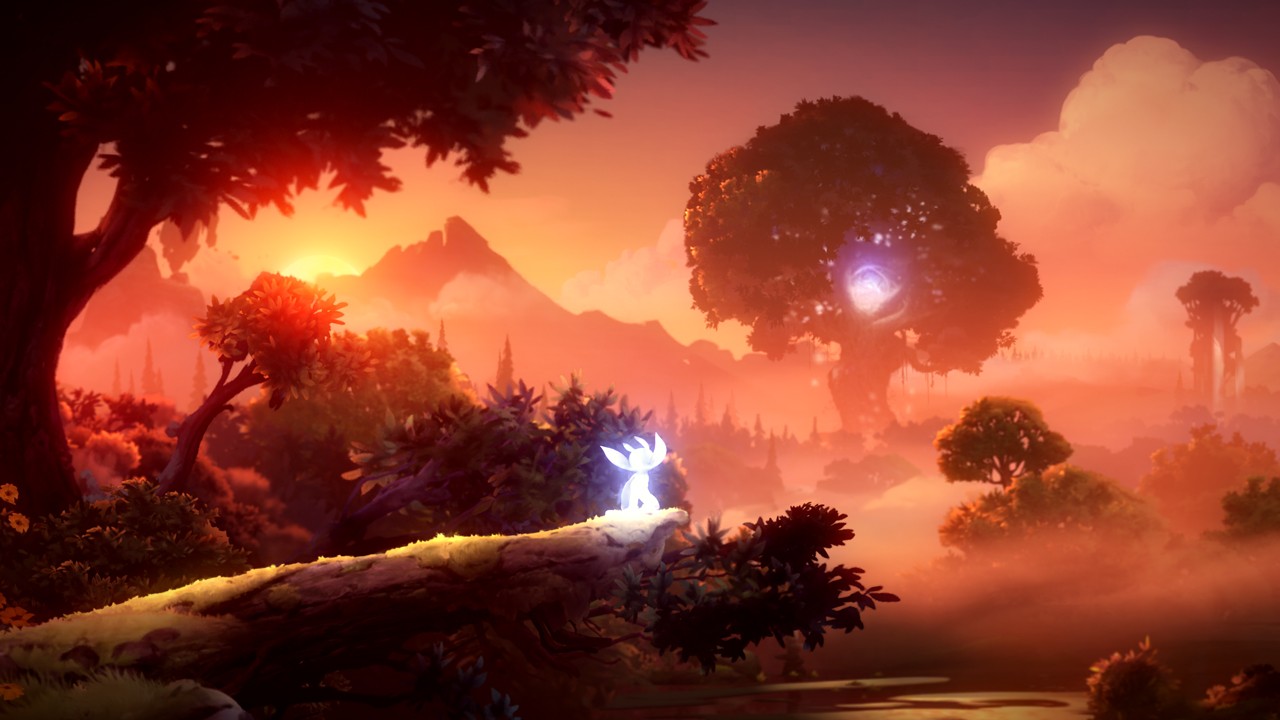 What I like the most about Ori and the Will of the Wisps is that it’s a firm and steady move forward that feels assured in how it connects to the previous game. In Blind Forest, we saw Ori awaken, fight through amnesia, deal with a multi-faceted threat and come to terms with his role, eventually getting to see dawn rise over his world, but with promises for the future. Now, the story can progress, and we see not only Ori move forward and become an even stronger entity, but there’s the lasting impact from the previous game. Later, Gumo and Nabu actually set out to find Ori, even though they aren’t playable characters, and that was something wonderful and beautiful that there’s this connection between the players, the main playable character, and two NPCs who had such important roles in the last entry. We aren’t just watching a game develop and improve: we’re seeing a story open up even further, and we hit the same emotional notes and dramatic moments as the previous game (though at different points with some much more spoiler-y impact).

Between getting lost in the wonderful soundtrack, marveling at the gorgeous artwork and just constantly being agog at how this game runs on the Switch, there is zero reason on earth to miss Ori and the Will of the Wisps. It’s captivating, exciting, and already has a speedrun mode built in for players more focused on dealing with the tight, insane mechanics of the game instead of just the storyline. It’s still surreal to see the Xbox Game Studio logo when I boot up my Nintendo device, but we’re in good hands with Moon Studios (and a solid work from iam8bit in porting). This is the adventure of a lifetime, and it’s spread across two games that leaves the player satisfied, mystified and totally delighted with the entire evolution of Ori. While I’m sad there probably won’t be a third game, I’m satiated, and that’s more than I can say for almost anything else. Thank you, Ori.

Ori and the Will of the Wisps Review

I still can’t believe I was just able to play THIS game on my Nintendo Switch: it’s unreal, and it’s amazing.