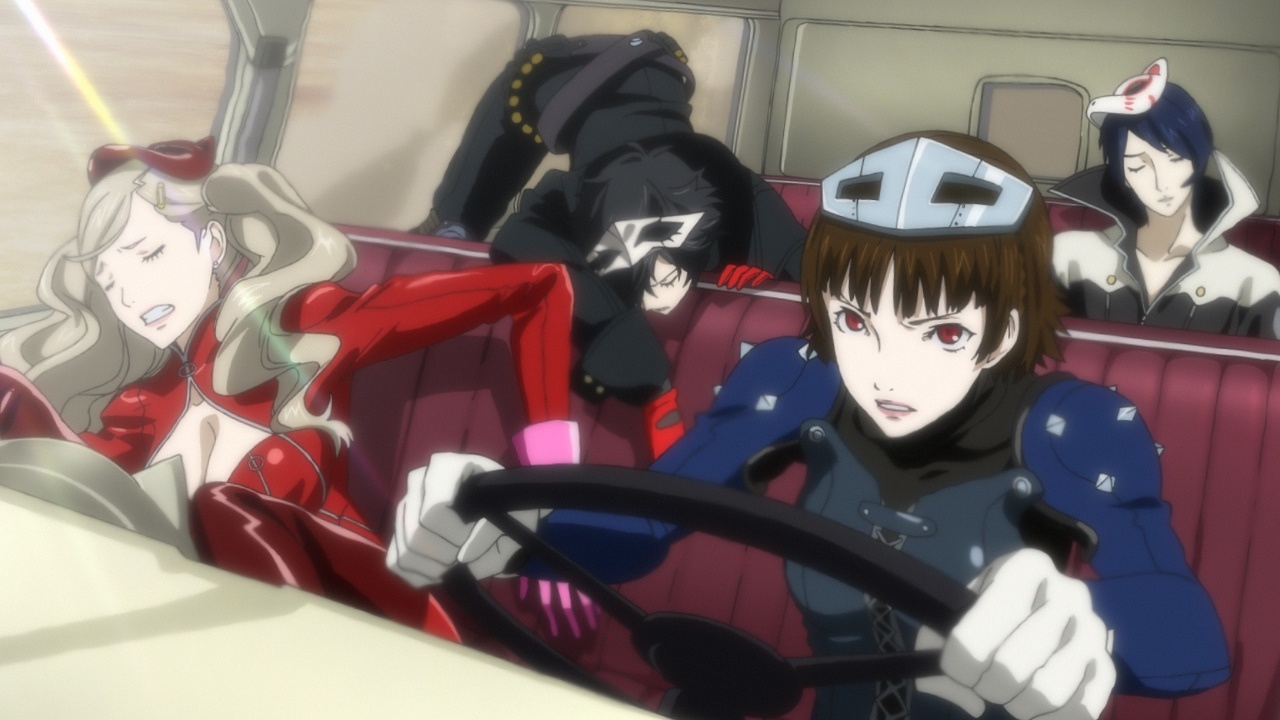 Me and anime don’t go well together, and even though I do feel nostalgic whenever I come across anything Dragon Ball related, I usually scoff at all the anime trash. And due to complete disregard in relation to any and all games from the far east – excluding the westernized Metal Gear Solid, and Resident Evil – I have subsequently skipped titles and series such as Danganronpa, Yakuza, and most importantly, in this particular instance, Persona. And after spending nearly 20 hours with Persona 5 this past week, I feel obliged to underline that for all those years, I might have been mortally wrong about what I like to call, anime trash. And that’s because – with hand on heart – I have to admit that Persona 5 might just be one of the best games I’ve ever experienced, both subjectively and objectively.

Just like the large portion of Japanese Role-Playing Games, Persona 5 dons the anime aesthetic which in this day and age is synonymous with a wide variety of things – both positive and negative. However, Persona 5 has an edge over the vast majority of games of this particular genre, as instead of referring to a single form of the aforementioned art style, and sticking to a singular, simplified direction, it uses a wide variety of different dimensions, and types of animation. And while some could assume that use of numerous forms of an art style may be disorienting, and have a negative impact on the title at large, they would be ultimately wrong. As the application of different forms of the far eastern aesthetic, allows the player to differentiate between sequences, and subsequently allows him/her to get ready for what’s to come.

In game, one will be able to find two core types of the anime art style. First is applied within a three-dimensional-plane, and it informs the player that at this particular time, he/she will have to control the character, as all in-game gameplay sequences are carried out in 3D. And while in this mode, player will also be placed within two different sub-forms of the title’s 3D aesthetic, as all important in-game info is conveyed through heavily animated, pre-scripted scenes with full voice acting. Whereas the less relevant in-game sequences take place within rather static cutscene-like conversations, where the character animation, just like the voice acting, is limited to the bare minimum. And this particular mode signifies to the player that all info provided at the time is not vital, and can be easily fast forwarded with the use of the start button. 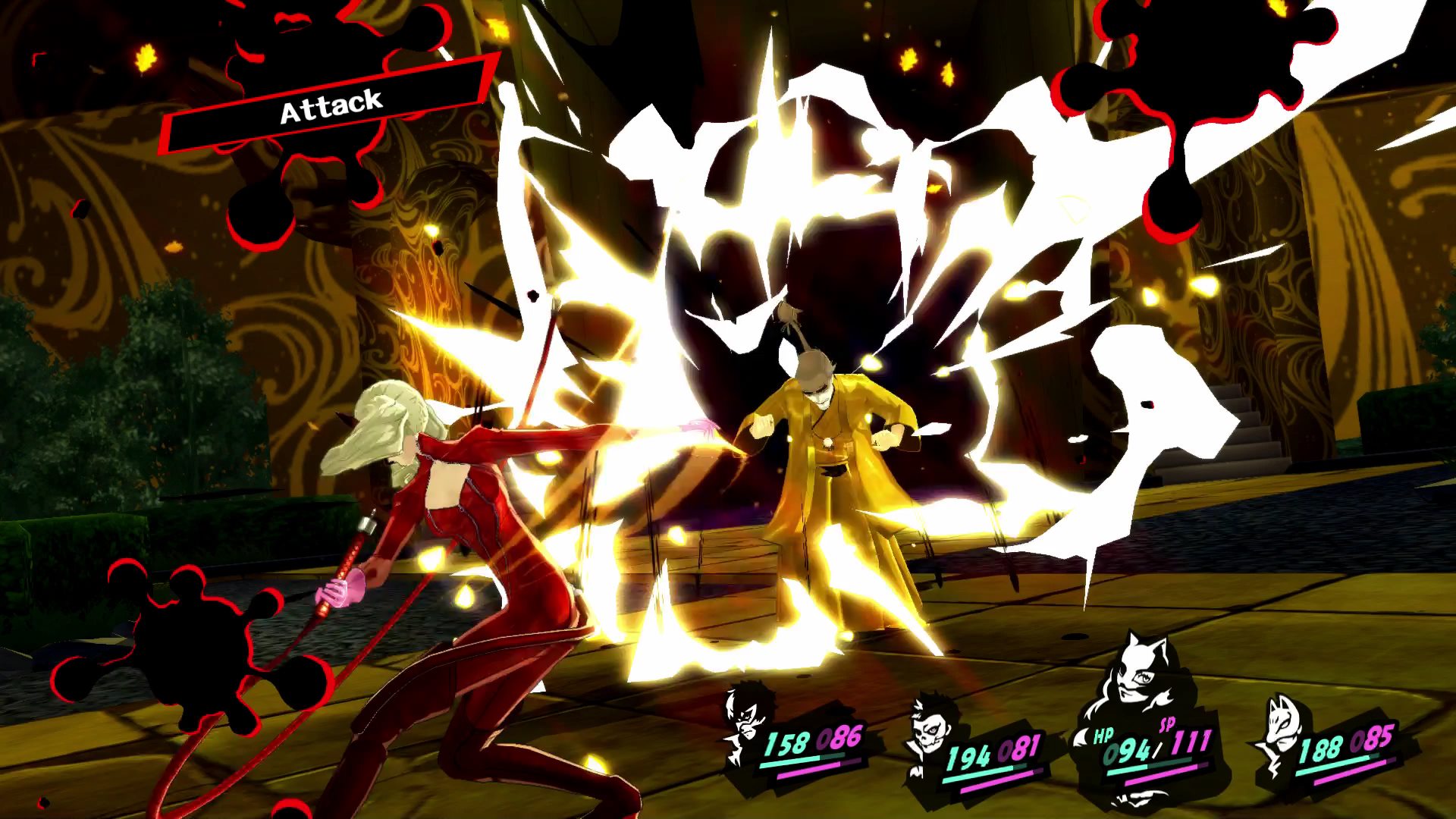 The two aforementioned forms of the in-game aesthetic are both relevant to the gameplay sequences, but Persona 5, just like all the other J-RPGs, is all about the story. And all the meaty chunks of the title’s narrative are provided through 2D, anime like cutscenes, of the utmost quality. And those are only used at the high points of the story, and in a way, they are a great reward for the player’s effort. As in most instances, they showcase the climax of the story in the best possible way. And it could be said that all who’ll ever touch Persona 5 will play the title just for these sequences alone, but un or rather fortunately, one would lie in making such statement, as Persona 5’s core gameplay is just as rewarding, and expansive as the narrative portions of the title.

Persona 5, is a colossal game – both in terms of size, and the sheer variety of the content which it possesses. And whenever one thinks that he or she has seen it all, Persona 5 throws at him/her yet another content-full curve ball, which strikes one right in the face, with its full force. First the it tells one that there is not just one world, but two, and they both exist in harmony or rather disharmony in one another. And once one gets assimilated with that fact, he/she is given the titular persona, which is one’s alternate personality, that is capable of unleashing special moves which can in some instances defeat enemies in one fell swoop. Then the player is given an entire cast of characters, who just like the protagonist possess their own persona, and just like him they are also capable swithching their tools, equipment, weapons, and persona’s powers.

Once the player is aware of all the ins and outs of the in-game combat, he/she is then informed that unlike the others, the main protagonist can alter his/her persona by fusing other persona-shadows with one another. But in order to acquire new shadow-persona’s one has to persuade weakened enemies to join his rank, as each in-game battle doesn’t have to be resolved by force. But it is difficult to stop oneself from decimating each and every enemy, as Persona 5’s combat has that rewarding crunch, and responsiveness, which is ultimately is addictive that it is utterly difficult to just not decimate each and every enemy in one’s path. But on the other hand, the fusion of Personas which has seemingly endless outcomes, is enough of an encouragement to prevent one from slaying each and every angle, succubus, slime, or demon.

One could go on for hours detailing each and every feature of Persona 5, as besides the all the aforementioned mechanics, the game features endless amount of bonus activities, side quests, and underlying mechanic such as the confidant system, which rewards the player with additional character traits and abilities, upon expansion of relationships with other NPCs. And if you think that Persona 5 might be a difficult title to learn, or even comprehend, then you are mistaken, as surprisingly for a Japanese title, Persona 5 is an incredibly streamlined experience, which puts the player first and foremost. And due to superb use of the controller’s face buttons, both exploration and combat, are incredibly easy to learn, and master. 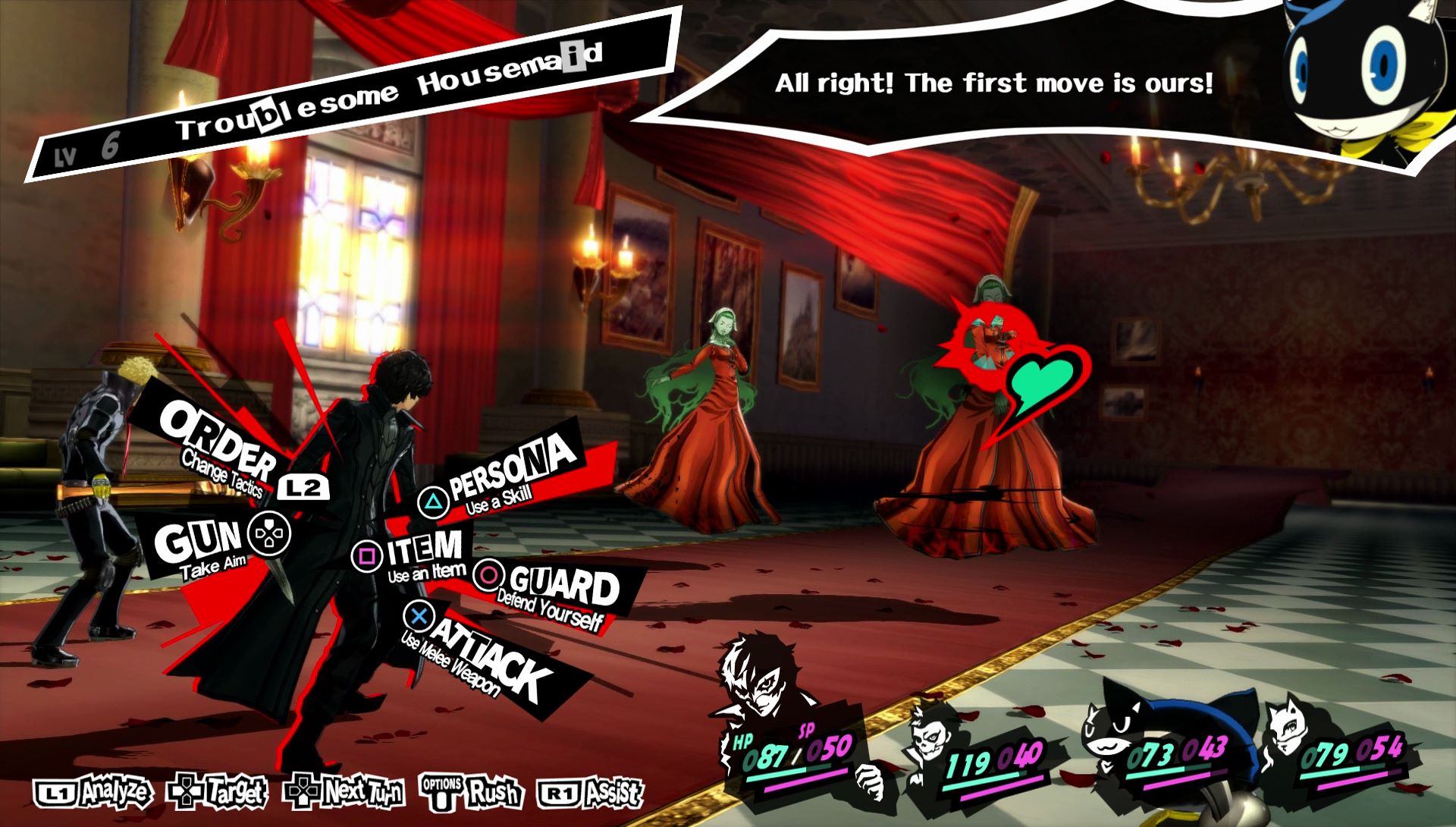 Persona 5 is a seemingly perfect game, as it features all this and more, while ensuring that the utmost quality is maintained at all times. However, what really elevates it, is the fact that it is one of very few games which allows you to lean back, and simply enjoy the ride. There is no need to stress over your characters’ level, skills, and abilities, as Persona 5 has been designed in such way that everything comes without unnecessary grinding. And the turn based nature of the in-game combat, also allows the player to take a systematic approach to each and every encounter, without having to constantly look behind his/her back for any flanking hostiles. And yes, the difficulty can be turned up to the maximum, where the title becomes borderline impossible, but even then, all the challenges can be completed, if only one takes the right approach.

If not for the fact that I’m playing Persona 5’s Ultimate Edition over a year after the initial release of the original, I could say without a doubt, that it would be in the top three of the games for that year. And if not for the fact that The Witcher 3 exists, Persona 5 could easily hold the title of the best Role-Playing Game of this generation, but ultimately, there is no shame in coming second to arguably one of the best games of all time, and to some, the best game of this generation, so far. And even though Persona 5 may not be as accomplished as The Witcher 3, it is still an impressive feat of both design and software engineering. As for the twenty hours which I’ve spent with the title, I haven’t encountered a single bug, glitch or a technical gremlin, and I’ve never gotten bored of it, even for a second.

Subsequently, Persona 5 is a shining example of what modern Role-Playing Games should play like, as it is leagues above title such as Andromeda, or the recently released Elex. And it is one of the few games which I can unconditionally recommend to absolutely everybody, as if I enjoyed it – one of the biggest sceptics of the far eastern culture – then you will most definitely love it just as much. And as long as you are willing to overlook some anime-centric ‘’comedy’’ and humorless slapstick, then you are in for a treat, because as I’ve mentioned on multiple occasions throughout this review, Persona 5 is simply a perfect RPG.